Baranovichi is the second largest city in the Brest region with a population of about 180 thousand people. It is situated on the Baranovichi Plain in the interfluve of Shchary and its tributary Myshanka.

Baranovichi is almost on a straight line connecting the regional center of Brest and Minsk - the capital of Belarus. The city has a very advantageous geographical position. It is a major junction of the most important railways and highways.

Baranovichi is not only one of the largest cities in Belarus by population, but also one of the most important industrial centers. The city has almost 200 enterprises. "Torgmash is the only enterprise in the country that produces meat grinders and equipment for public catering; Baranovichi Machine-Tool Plant is the only Belarusian manufacturer of compressors for refrigerators. The Baranovichi cotton production association is the largest producer of textiles in Europe and the CIS. 558 Aircraft Repair Plant - the largest aircraft repair plant in the CIS. It not only repairs airplanes, but also produces parts for them.

The Baranovichi branch of the Belarusian Railway is located in the Minsk, Brest and Grodno regions; it includes 54 stations and five large railway junctions - Baranovichi, Luninets, Lida, Grodno and Volkovysk. It carries out 30% of all cargo transportation within the country.

1. Take a ride on a handcar and look at a century-old pharmacy.

Baranovichi Railway Museum, opened in 1984, became the first railway museum in Belarus. It is located near the station Baranovichi-Polesski. It houses a large collection of locomotives and diesel locomotives. There are passenger and cargo carriages, bogies, overhaul equipment, anti-aircraft machine gun installation. The only drawback of the museum is that most of the exhibits cannot be studied from the inside. On the other hand, there is a railcar on which you can ride.

Museum of Railway History in Baranovichi

And in about ten minutes walk from the station Baranowiczy-Polieski at Telmana 15, there is a museum-pharmacy. It was built in the 20s by a Polish man Stanislav Laevski. On the first floor there was a pharmacy, and on the second floor there were living rooms. Here you could buy ready-made medicines, also prepare your ointments, creams and pills.


From its foundation until today, the purpose of the building has not changed. The pharmacy continued to operate during the war, perhaps even supplying medicines to the guerrillas. But in 1946, the Soviet authorities took away the successful company from the family, and Laewski left for Poland.

Now, as before, on the ground floor there is a pharmacy, on the second floor there is an exposition devoted to pharmacy business, where you can find an alchemical laboratory and a cabinet of a pharmacist with authentic items: cabinets, books, typewriter. Only the head of the pharmacy will be able to conduct the excursion, so before the visit it is better to call her and discuss the details of the visit.

2. Go to the building where Kaiser Wilhelm II visited and find the place where Nicholas II's bid was.

The main historical street Baranovichi - Sovetskaya. Its name changed as the city passed from hand to hand - the Poles, the Soviets, the Germans and again the Soviets. The full list is placed on the memorial plaque attached to the house number 69. The street section is covered with real basalt paving stone. It was brought to the city in Polish times.

Previously, the Soviet separated "old" Baranovichi from "new". In the building of the present local history museum, located on this street, during the First World War the headquarters of the German army was located, which was visited twice by Kaiser Wilhelm II.

From August 16, 1914 to August 8, 1915, in the city near the Baranovichi-Poleski station, the Supreme Commander-in-Chief of Russian troops, where Emperor Nicholas II visited ten times, was located. Baranovichi was chosen as a very convenient point with a developed railway network and front accessibility. The rate consisted of 2 railway trains and was based approximately at the site of the current stadium of Baranovichi State University.

3. See the mosaic in the Intercession Cathedral.

It was made for Alexander Nevsky Cathedral in Warsaw. The temple was destroyed and the mosaic was brought to Baranowicz in 1928, when a new Orthodox church in honor of the Intercession of the Blessed Virgin Mary was being built here. The mosaic has over 20,000 shades of smalt. It is a unique work of art on a global scale. 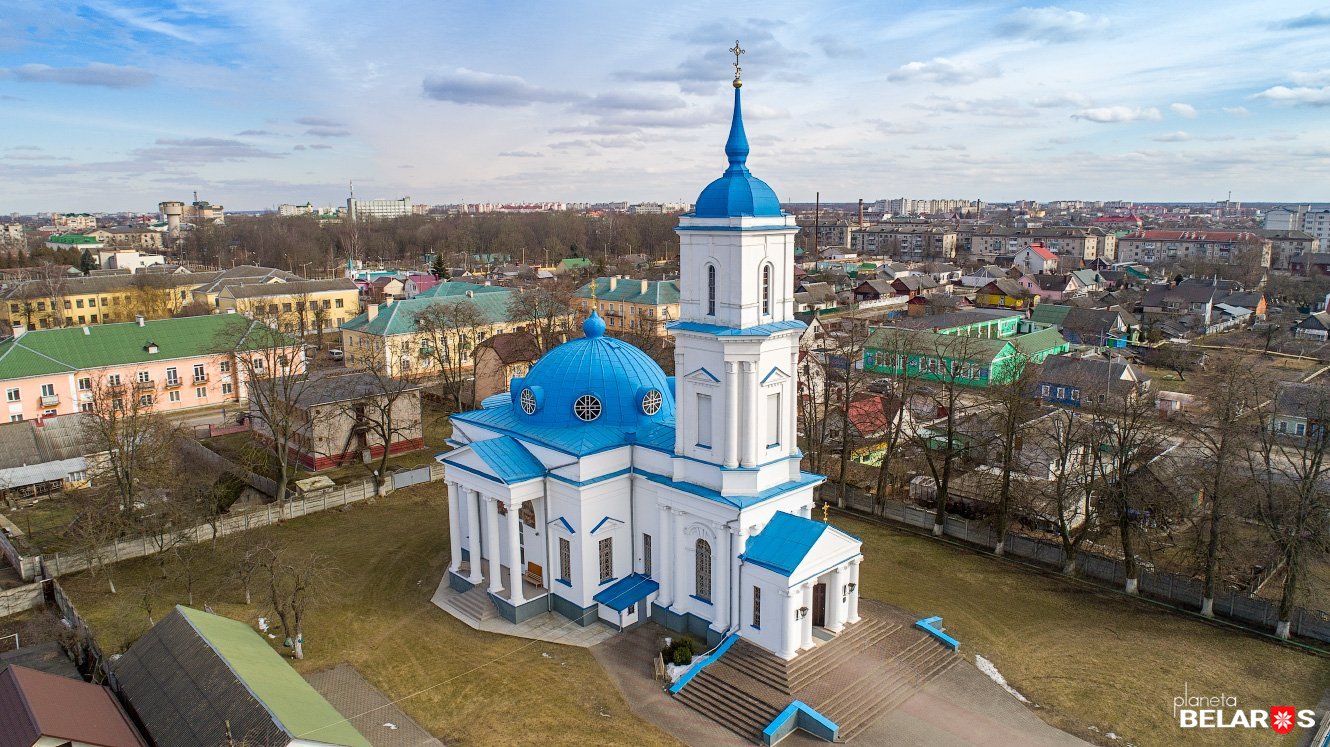 Probably one of the nicest monuments in town is the kissing boulders at the entrance to Hero Karwat Square. They stand near the bus stop about five minutes walk from the memorial sign "MiG-29 Plane" at the gate of the 61st Airbase.

Baranovichi likes small architectural forms. In 2003, for example, a monument to a sparrow was opened in Baranovichi. Its author is Baranovichi sculptor Stanislav Tselyuk. The bronze sparrow is installed on a pedestal with the inscription in the Belarusian language: "2003 is the year of the Verb'ya Damavoga. I've never seen you before. "Don't grow yourselves, you're Radzima. 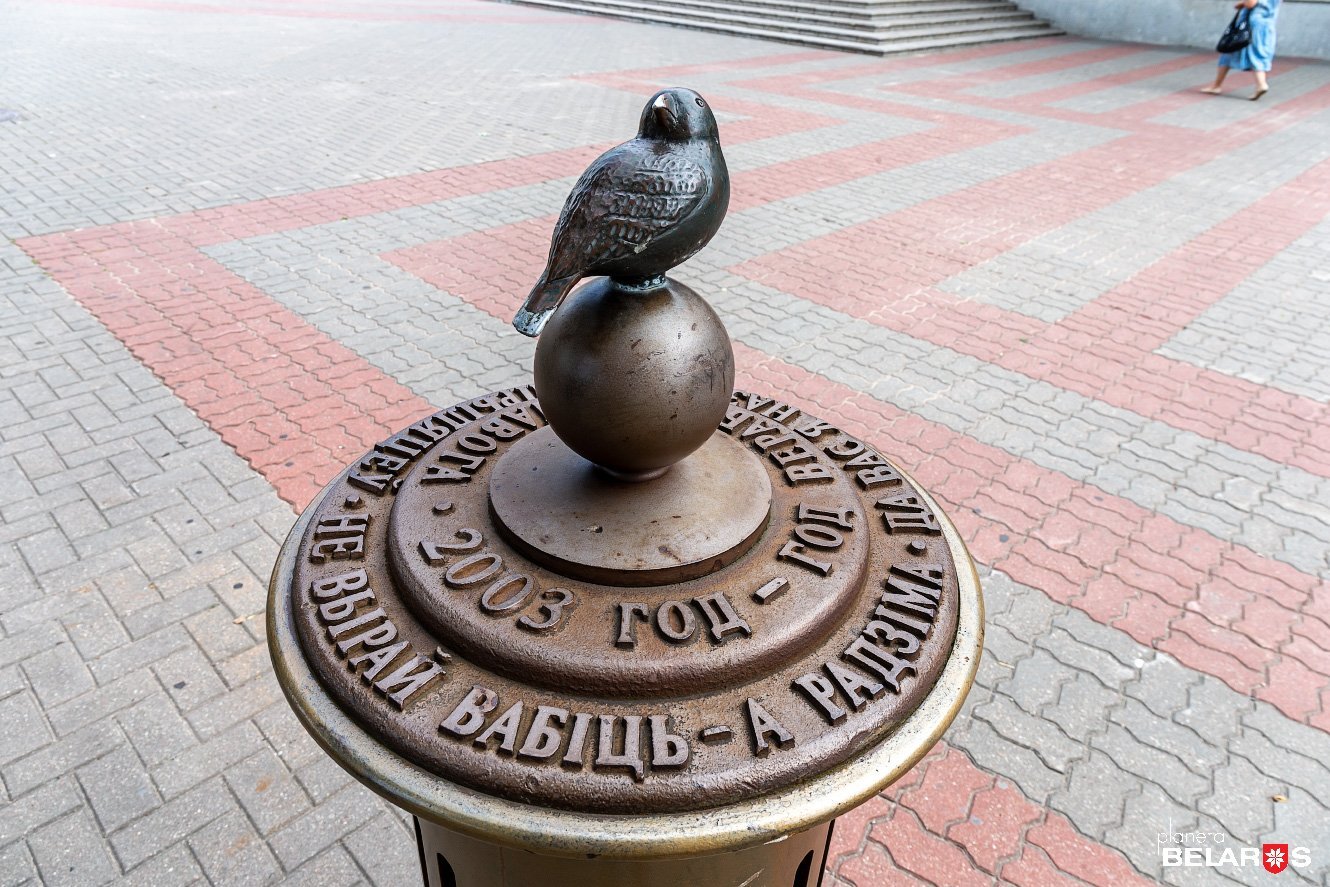 At the intersection of Sovetskaya and Komsomolskaya Streets there is a horse monument. It is said that there used to be an inn. 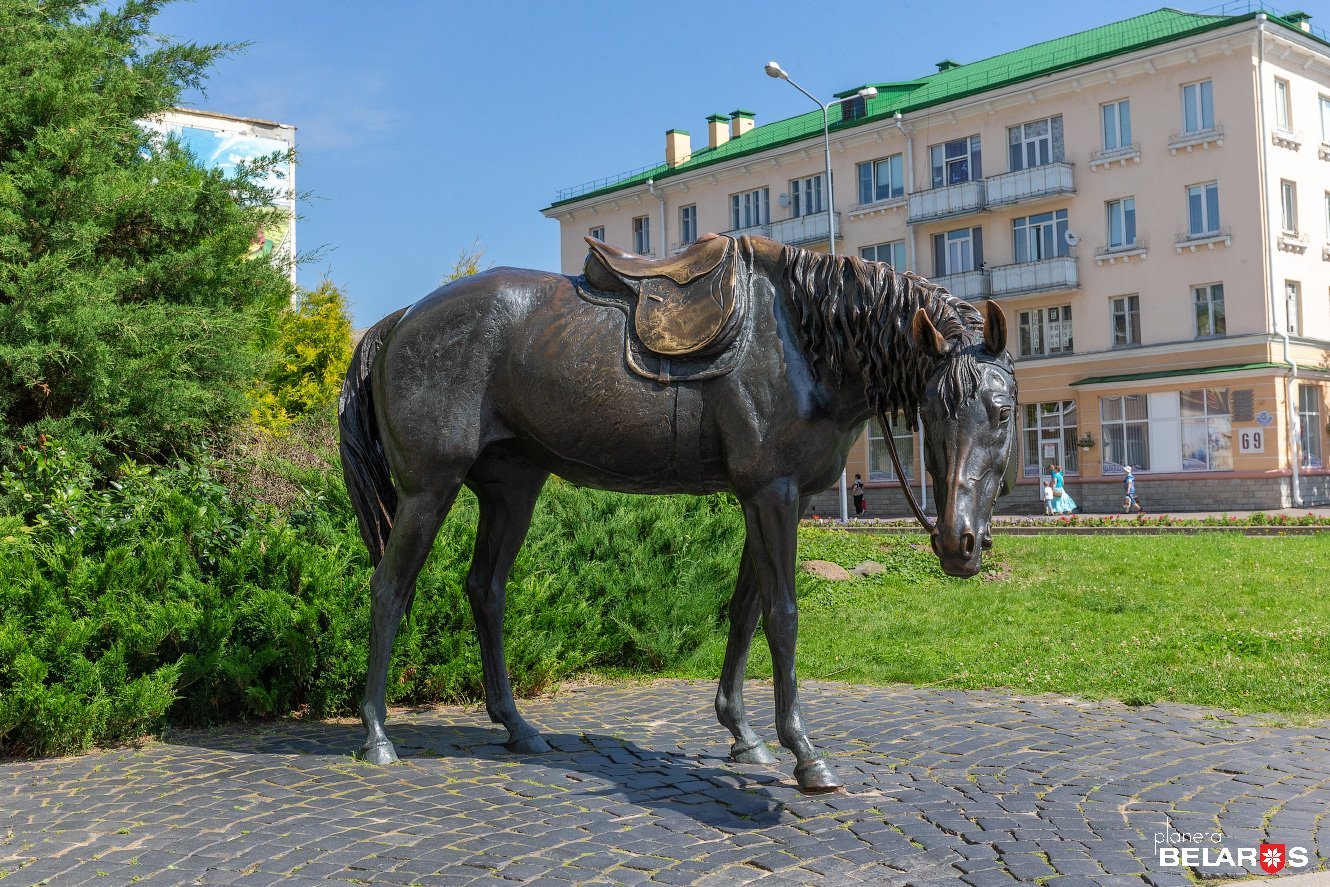 To visit Baranovichi and not to eat a "boat" is like coming to Paris and not to visit the Eiffel Tower. A café with local fast food, which has become a popular culinary brand, is located on Boulevard Stockerau. It's easy to find: from the monument to the sister city, head towards the Soviet one. The smell of freshly baked goods and the smell of queues will help you find the right window.

"Boat" is basically a hot dog with waffles instead of a bun. And they've been selling "boats" for over ten years.

Baranovichi is a young city. He's not even 150 years old.

There are several theories about the origin of the city name. The most incredible of them says that long ago an army of Tatars came to the territory of modern Belarus and set up a camp to march on Slutsk. The Tatars prayed to the ram painted in gold. The defenders of Slutsk decided to demoralize the enemy and sent spies to them, who stole the golden lamb and ate it on the way home. The village of Stolovichi was soon founded at the meal site, and the place where the lamb was stolen was called Baranovichi.

According to another version, Baranavichy should be pronounced with an emphasis on the third syllable, since the name comes from the Belarusian word "mutton.

However, the coat of arms of the city depicts not a lamb, but a steam locomotive, which in 1871 opened the movement on the Moscow-Brest Railway, and under it - a gear, which symbolizes the industrial development of the city. Over time, a major transport hub emerged here, connecting six railway directions.

On January 5, 1919, Soviet power was established in Baranovichi. On February 6, 1919, Baranovichi was declared the city and center of the county of Minsk province of the BSSR. In 1921 according to the Riga Peace Treaty the city was transferred to Poland and until 1939 it was a part of it with the status of the centre of the county (district) of the Novogrudok voivodship.

Since September 1939, as a result of agreements between the USSR and Germany on the actual partition of Poland and the subsequent offensive of the Red Army, the city of Baranovichi became part of the BSSR and since December 4, 1939 became a regional center.

During World War II on 27 June 1941 the city was occupied by German troops. More than 50 thousand prisoners of war and civilians were shot and tortured in POW camp No. 337 near the Lesnaya railway station near the town.

The Germans created a ghetto in the city, where about 30,000 Jews from the city and its surroundings were driven. The population of the ghetto was destroyed in 1942. Near the Baranovichi-Poleski station, the Hitlerites shot a trainload of Czechoslovak Jews on their way to Auschwitz in 1942.

The city was liberated on July 8, 1944 as a result of the attack of the troops of the I Belarussian Front and partisans of the Baranovichi and Minsk formations on Baranovichi-Slonim direction (Operation Bagration). This date is celebrated as the Liberation Day of the city.

On January 8, 1954 the Baranovichi region was liquidated and its territory was included in the Brest region. Since May, 1954 the city of Baranovichi became the center of Novomyshsky area, and since April, 1957 - Baranovichi area.

There is a memorial sign in front of the station Baranowicze-Polieski to commemorate the workers' strike in 1905. That's when the railway workers stopped the train traffic. A few days later punitive detachments arrived in the city, arrests of active participants and strike leaders began. Train traffic was soon restored.

The buildings of the bank, the former cinema, radio station, the wooden church of the Holy Cross (1924) and the Cathedral of the Protection of the Holy Virgin Mary (1924-1931) remained from the times when the city was part of Poland. 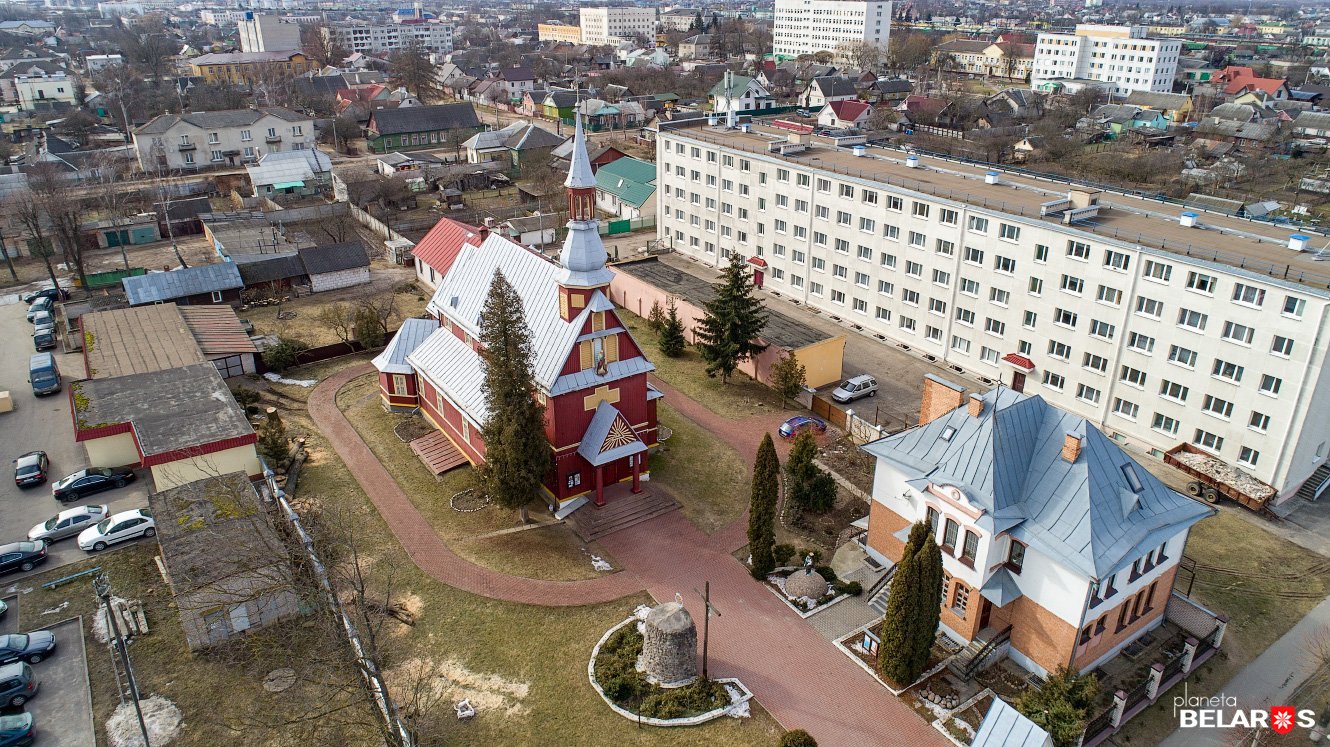 Next to the pharmacy, built in the 20s of last century, there is a fire department of the 30s. The voluntary fire brigade in the town appeared much earlier, but only after the construction of the stone building did its equipment and training become professional. Firefighters got a uniform, helmets and two special vehicles. 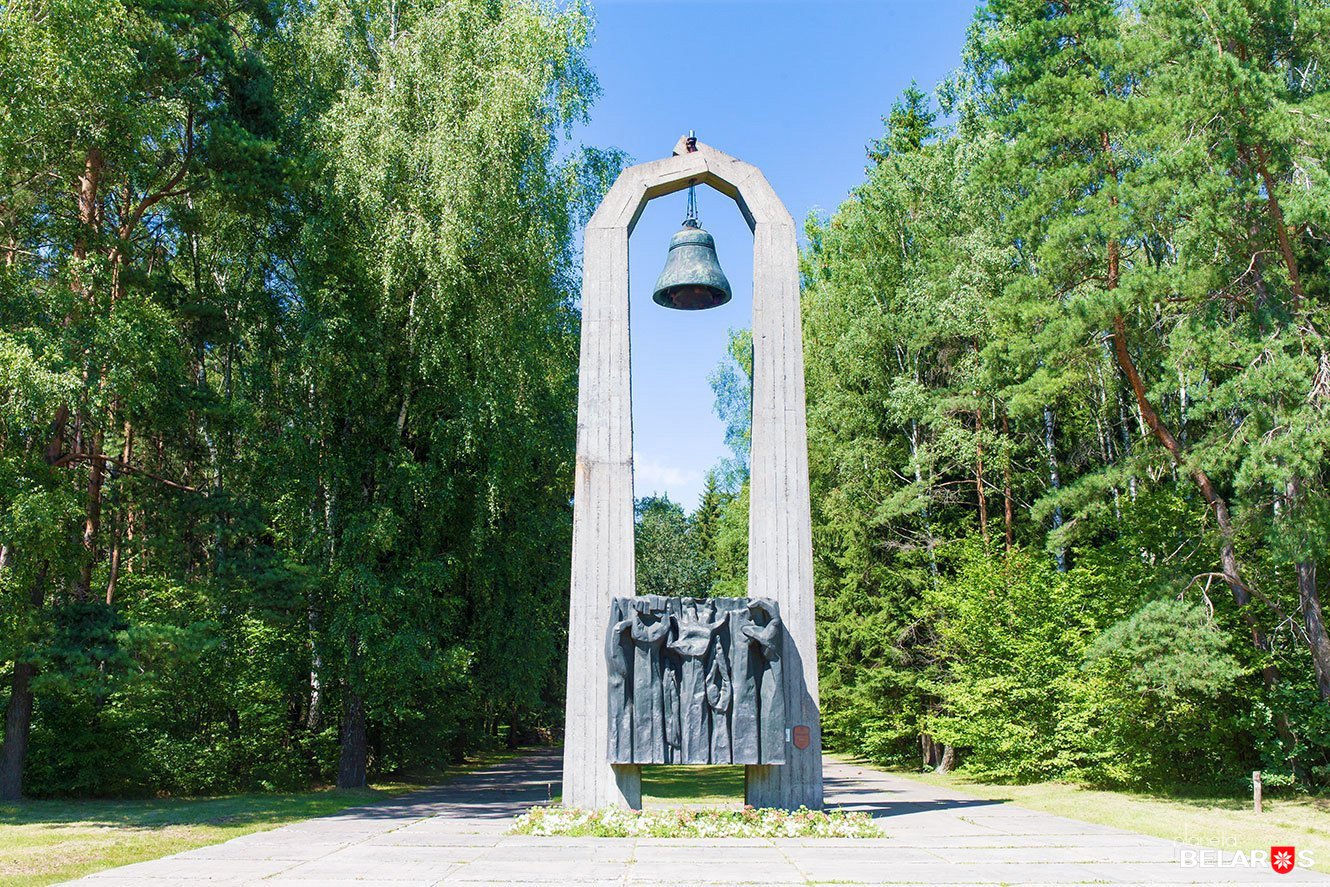 In addition to the Museum of Kraveda and the Museum of Railway Transport, Baranovichi has museums of consumerism, water, history of the national revolutionary war in Spain, bread and national cuisine.

On Telman Street there is a temple of St. Alexander Nevsky. Earlier there was a cemetery church of the same name in the city, but after the war it had to be demolished due to the redevelopment of the city. The new temple was consecrated in 1998. 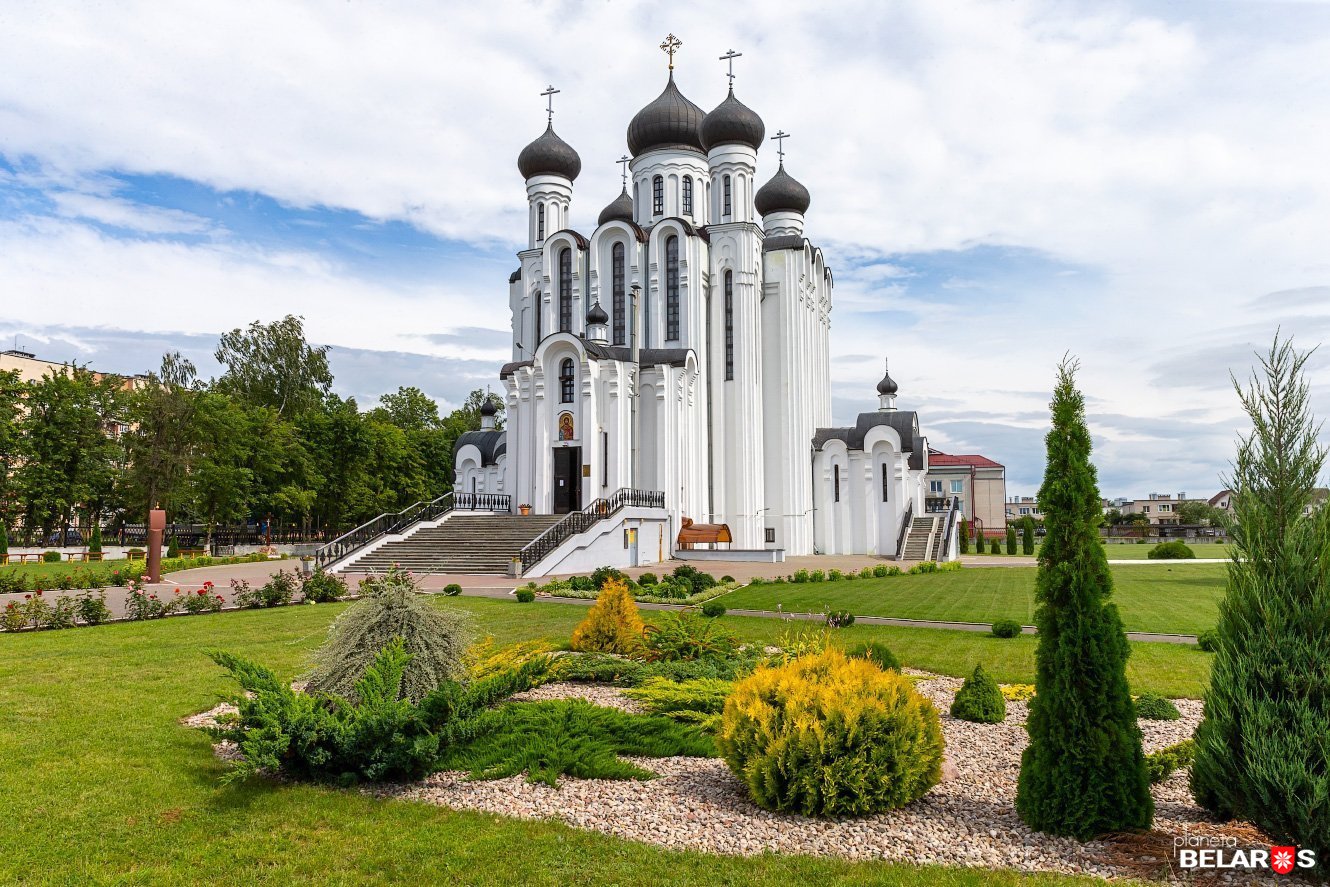 On Boulevard Heynola is the temple of Saints Wives of Myrrh. The church was built on donations from businesses and organizations, entrepreneurs and parishioners. The temple was consecrated in October 2007. 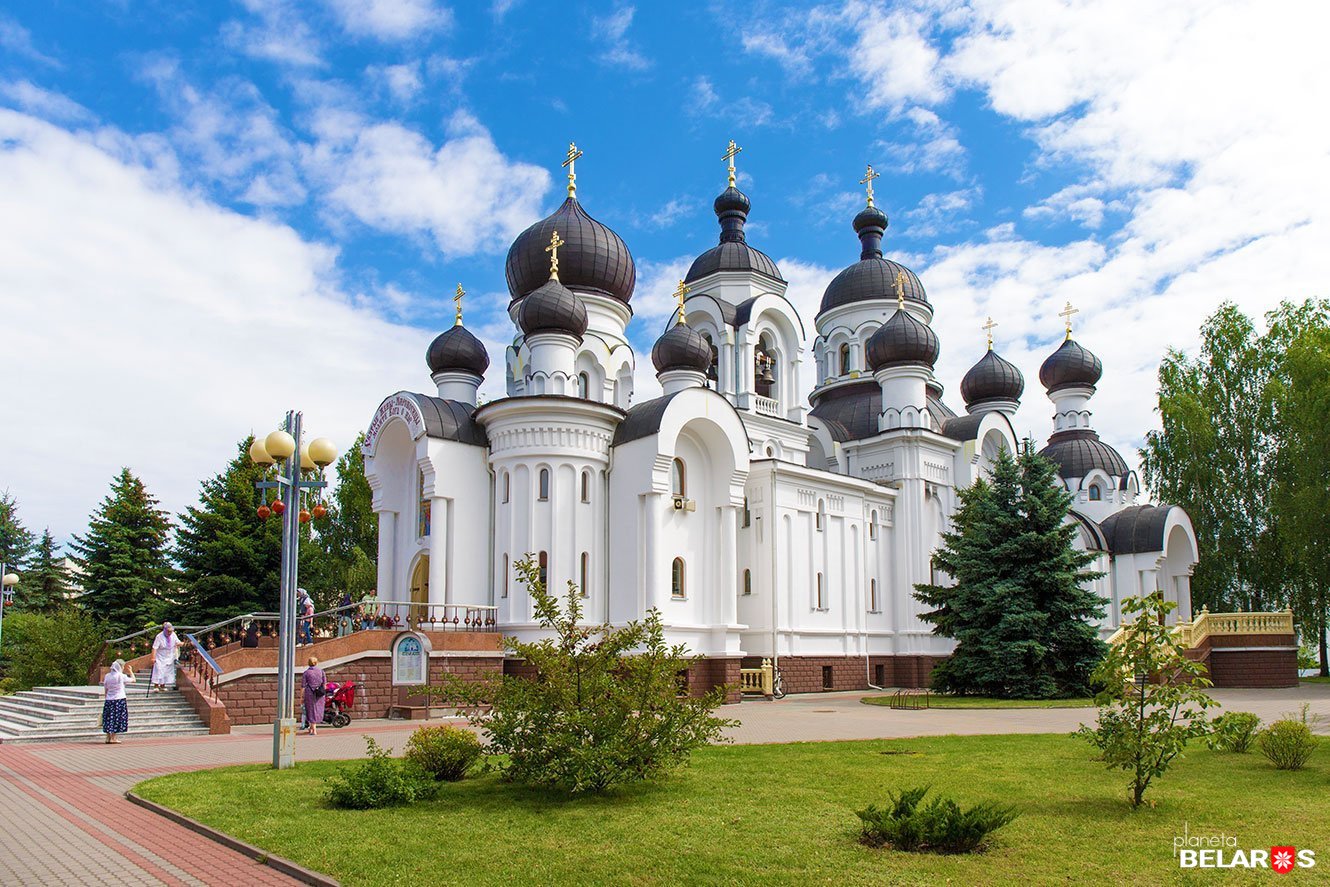 Not far from Baranovichi, near the M1 highway, there is one of the most popular among tourists symbols of Belarus - a huge bison. Former chairman of the Brest voblast executive committee, Vasili Dolgolev, took the initiative to install a six-story building on the highway, which borrowed the idea from the Spaniards.

A resident of Baranovichi Vladimir Karvat, a military pilot, head of air and fire and tactical training of the 61st fighter air base, was first in the country to be awarded the title Hero of Belarus, posthumously. In 1996, during a training flight, he took the burning plane away from settlements. 13 years later, in the Polish town of Radom, the feat of Karvat was repeated by Baranovichi pilots Alexander Marfitsky and Alexander Zhuravlevich.

Baranovichi was the birthplace of the famous human rights activist Valeria Novodvorskaya, world-famous director Sergei Loznitsa, leader of the "Krama" group Igor Voroshkevich. She was born from Baranavichy and the Belarusian singer Gunesh.

You can stay comfortably at the Mariinsky, Lazarus and Venin hotels. Since Soviet times the city has had a hotel "Horizon". Here you can find a wide range of apartments located in the city center. You can also stay in an agricultural estate or motel.

Baranovichi has a rich choice of cafes and restaurants.

What to bring from Baranovichi

The Roskvit store, located in Baranovichi on the territory of the Svetilovskiy shopping center, deserves special attention. Here you can find souvenirs with national symbols. There is also a tradition of bringing lambs from a trip to this city. After all, the name of these bakery products long ago became his second name. There are also many craftsmen who make souvenirs made of wood.

How to get there

Baranovichi can be reached by train, bus or private car. The connection to the city is excellent. 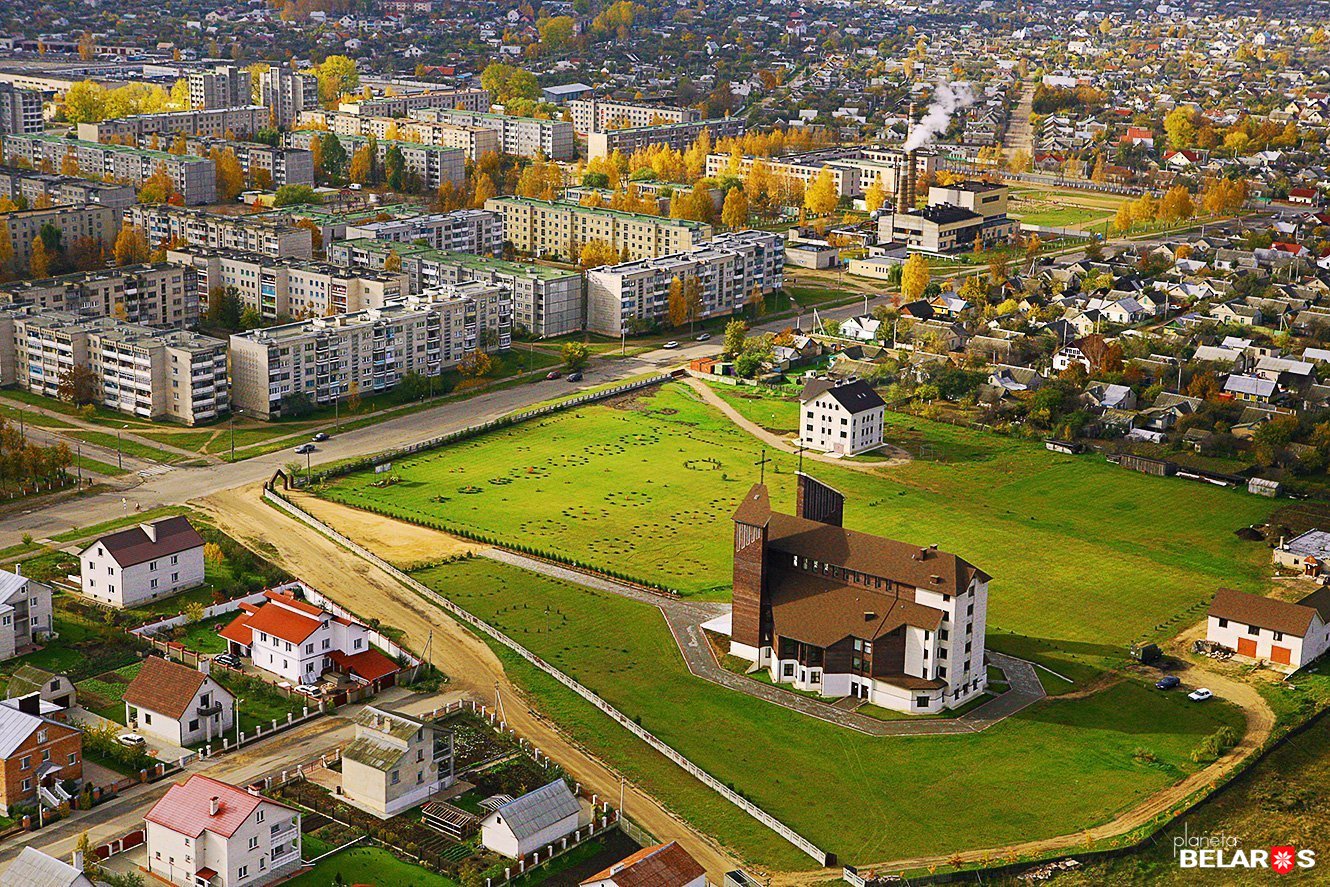