April. The third night on the capercaillie lek

It’s not a good idea to go three hundred kilometers just to photograph the pasque flower (Anemone patens). Either it doesn’t make sense to go for only one morning on a capercaillie (Tetrao urogallus) lek with an absolutely unpredictable result. So, we combined all this pleasure with a business trip: bringing the printed materials to the town of Verkhnedvinsk and negotiations about organizing an expedition to Pripyat. As a result, it appeared to be a completely justified trip.

But no business cancels the necessity to follow the unwritten photo-hunting laws. Which claim that one must take a place in an ambush no later than 7:30 pm.

Even on the main roads of Paozyorie, you can always meet wild animals. This time I come across a female moose and a calf. 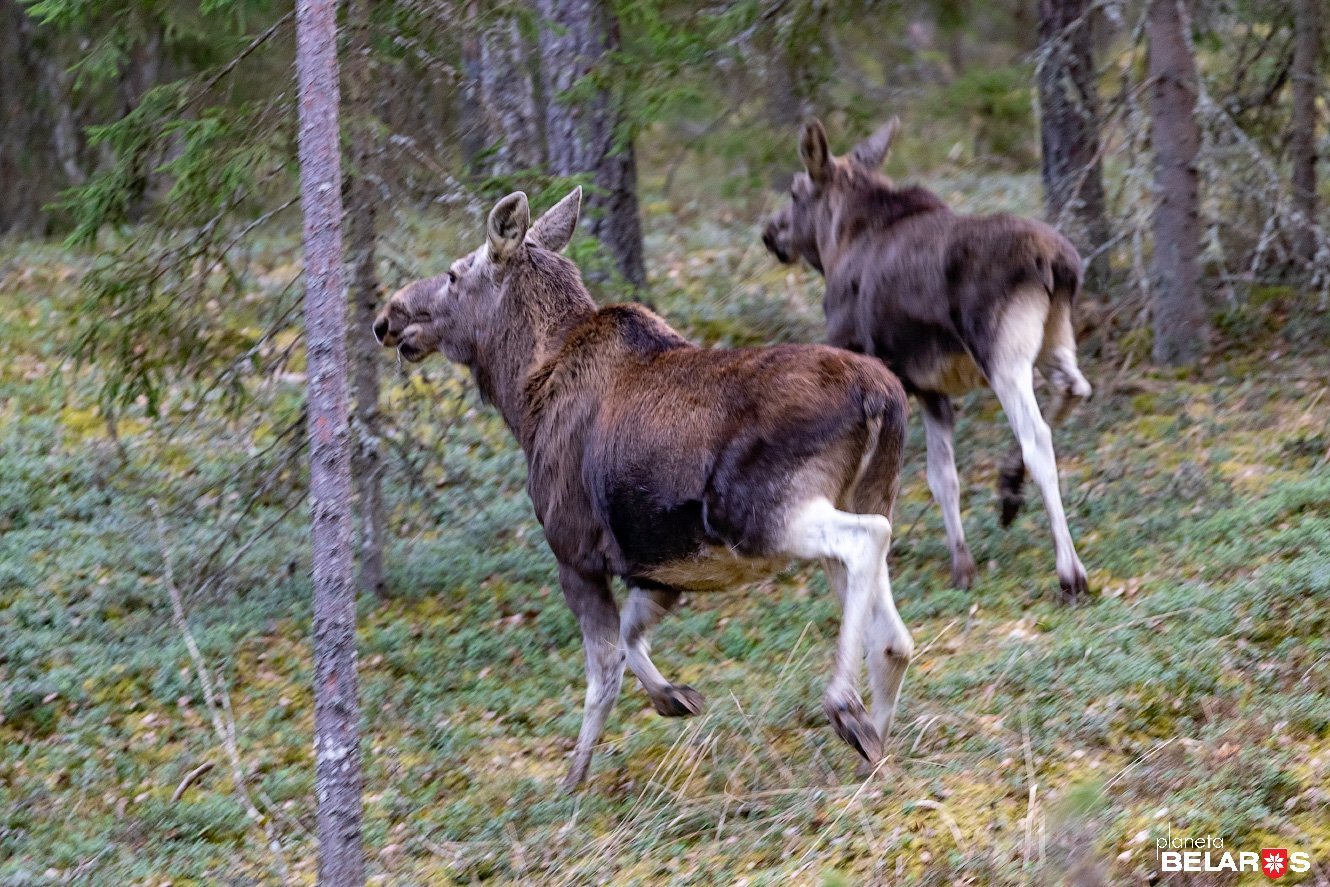 They were feeding on the side of the road and immediately hid in the forest.. 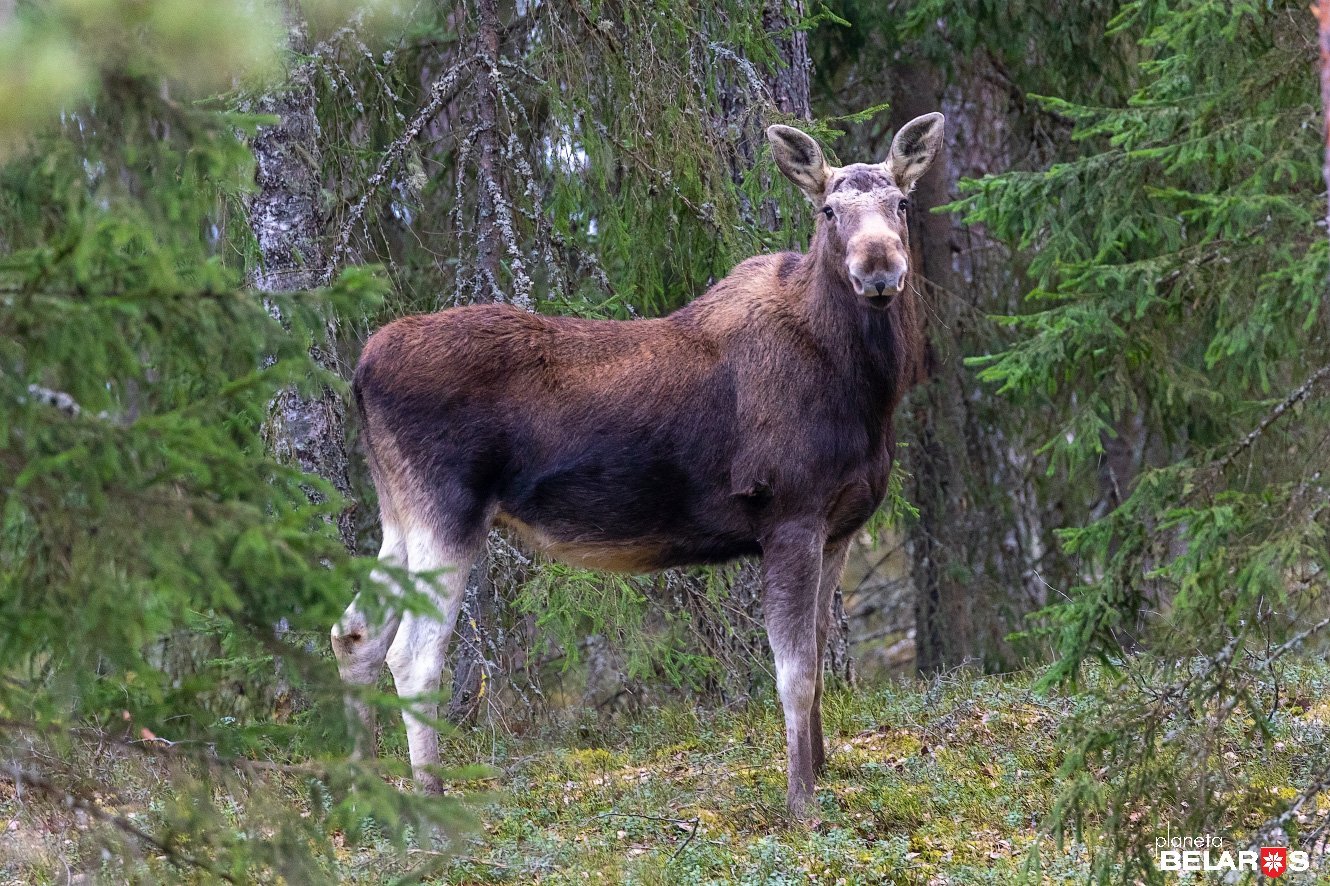 But after running twenty meters away, the moose stopped and began to peer in my direction, sniffing.

Very close to it there was a very nice fallen pine tree, thus I thought it would be nice to take a picture of a moose with a calf on its background. But to do this, you need to somehow persuade them to pose. Or just to wait.

It is clear that I did not have any special arguments to convince the models, I could only hope for patience and luck. 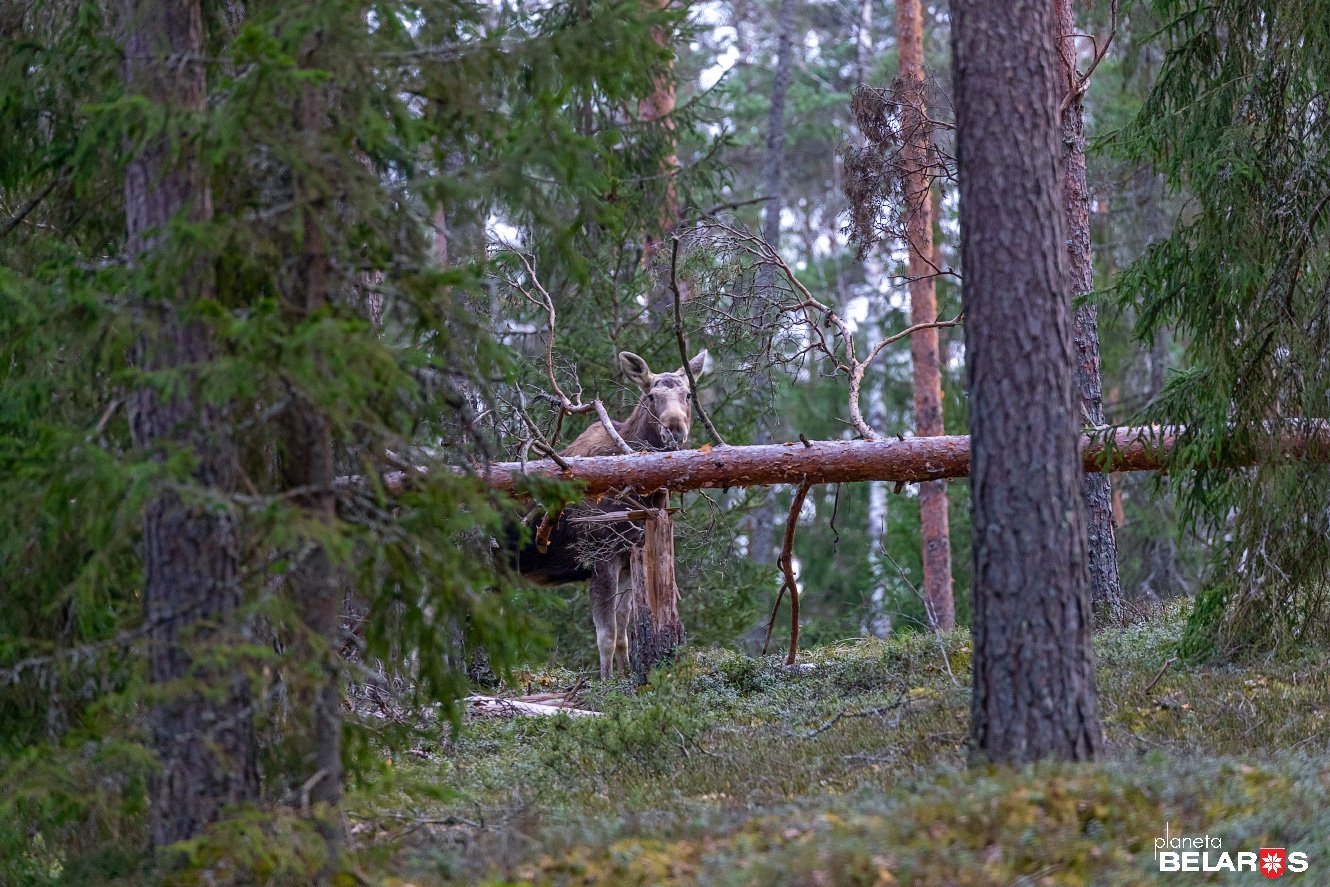 Ten minutes later, the moose went in the good direction for me. However, she stood not in front of a fallen pine tree, but behind it. The planned frame did not work, alas. 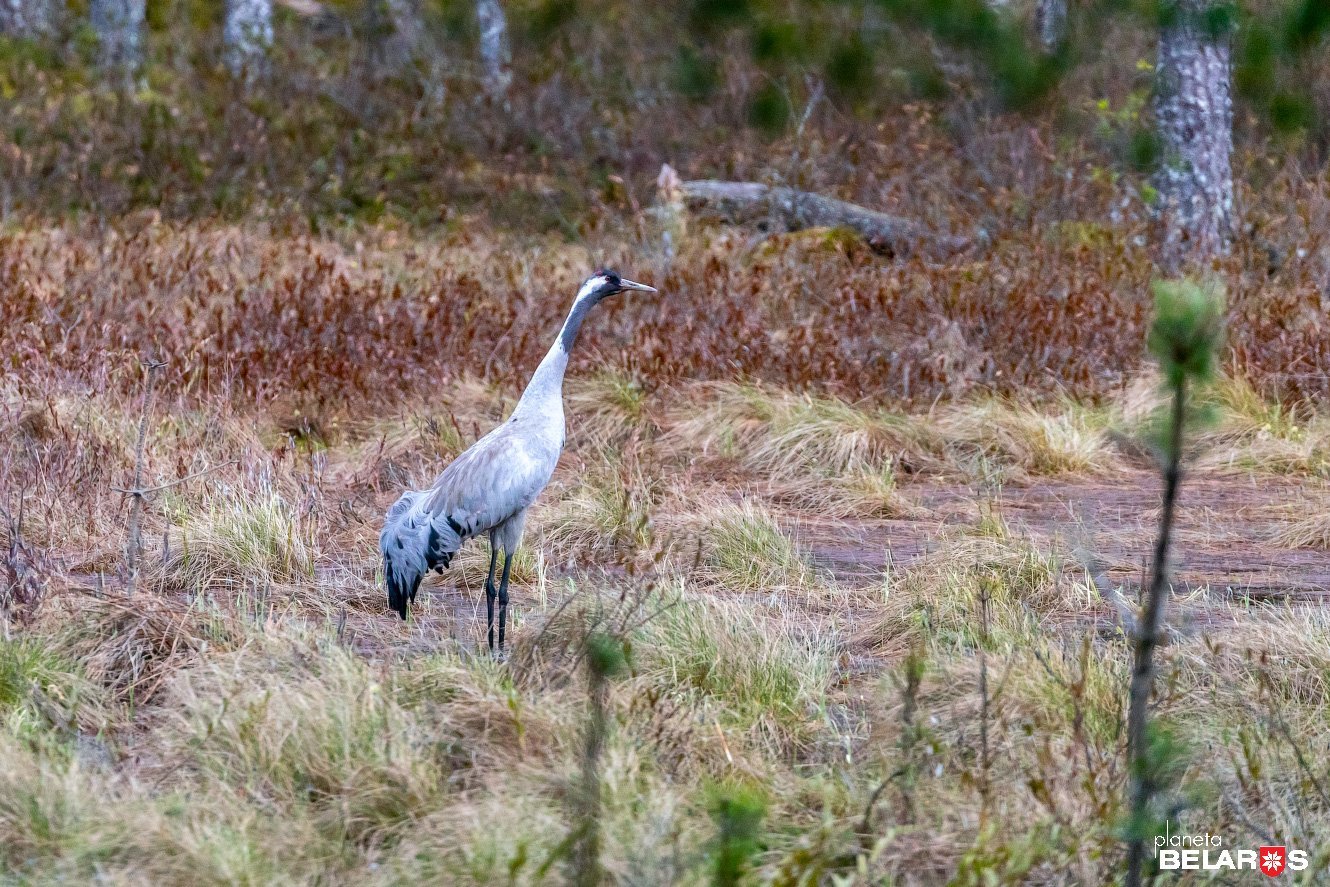 Three kilometers before the capercaillie lek, I saw a grey crane (Grus grus) in the swamp. I couldn't resist the seduction to spend a minute on it. Therefore, afterwards I literally ran to the ambush cabin, knowing full well that tomorrow's result largely depends on my agility.

The fact is that capercaillie fly to the lek in the evening, when the sun begins to set down. The males occupy their lekking trees and spend the night on them. The task of a photographer is to be on the lek before the birds to take a place in the ambush, and not to disrupt the morning mating ritual.

I made it. This time I chose the farthest ambush cabin. It is in a very good location with hills open to the right and left. If there are females or fights between males, then you can take photos from the bottom point, while the birds will be fully visible.

The night on the lek makes a separate story. The whole forest is buzzing with birdsong. You listen to the approaching capercaillies, their evening calls, and look forward to the morning shots. And then you have to wait for the dawn.

The birds begin lekking in complete darkness. First they start in the trees, then down to the ground. Now you should rely on your good luck!

Usually, the capercaillie males adhere totheir lek sections. If there are a lot of males on the lek, then they may fight sometimes. Especially capercaillies males are active when the females arrive. 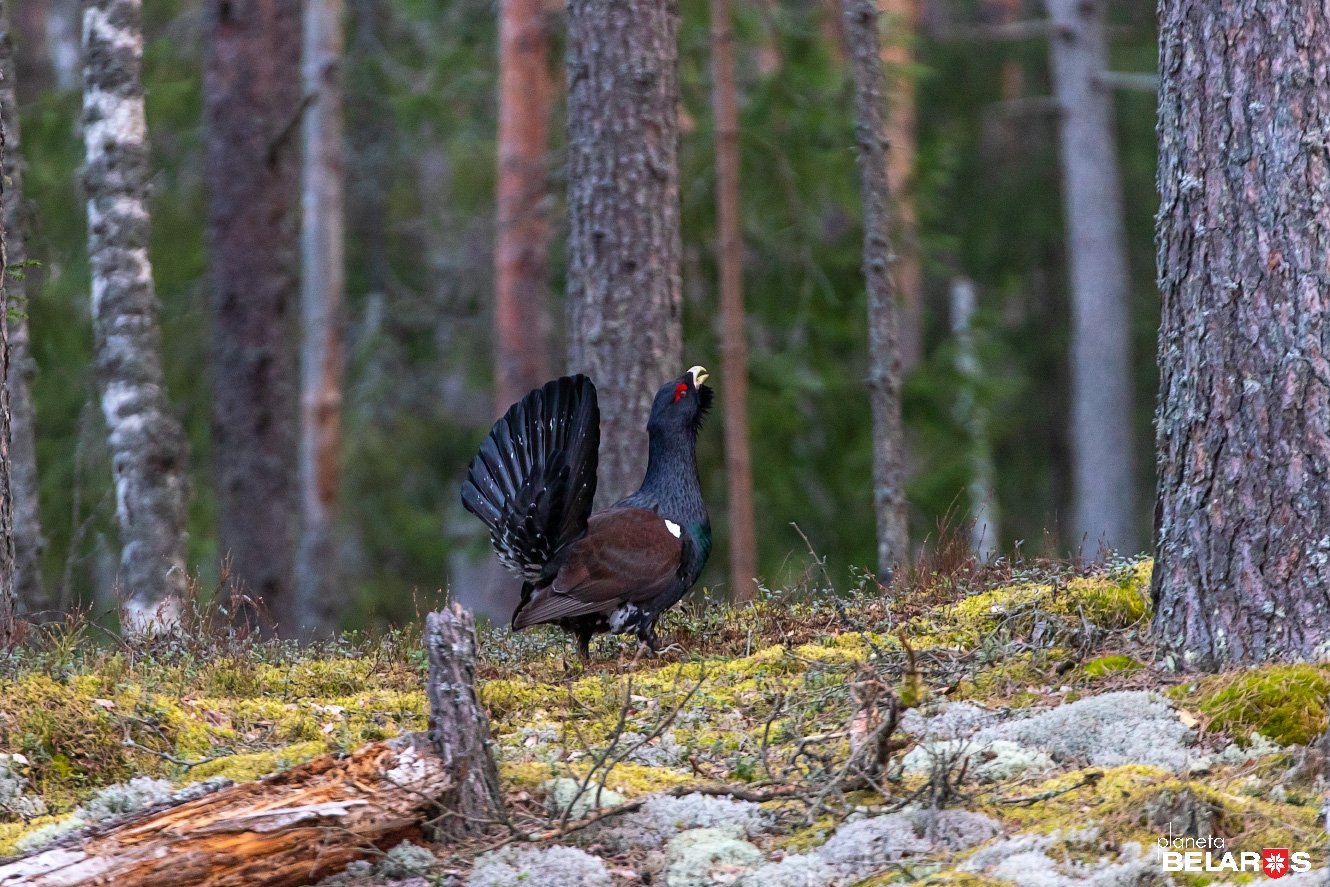 My morning was promising. One male was lekking on the crest of a hill: just what I wanted for the shot. Two capercaillies were visible on the other side of the tiny swamp. Another male could be heard behind the hill. Now it all depends on the females: the males would rush where they land. 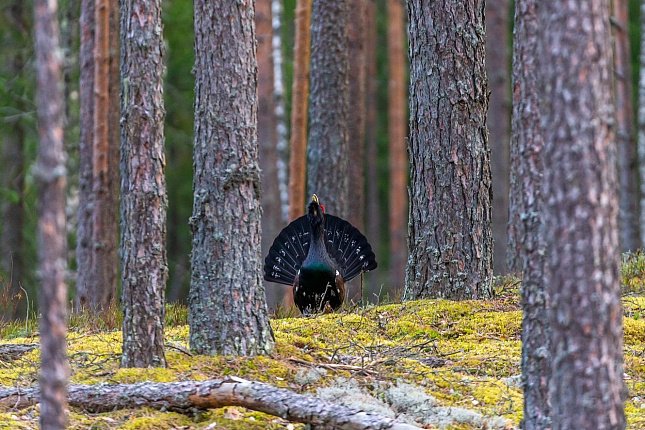 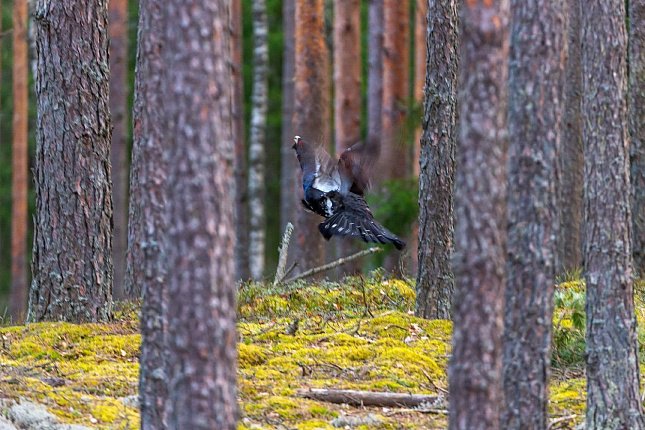 Capercaillie turns, moves along the ridge of the hill, from time to time makes high jumps. Very soon two female capercaillies sit down close to the trees. 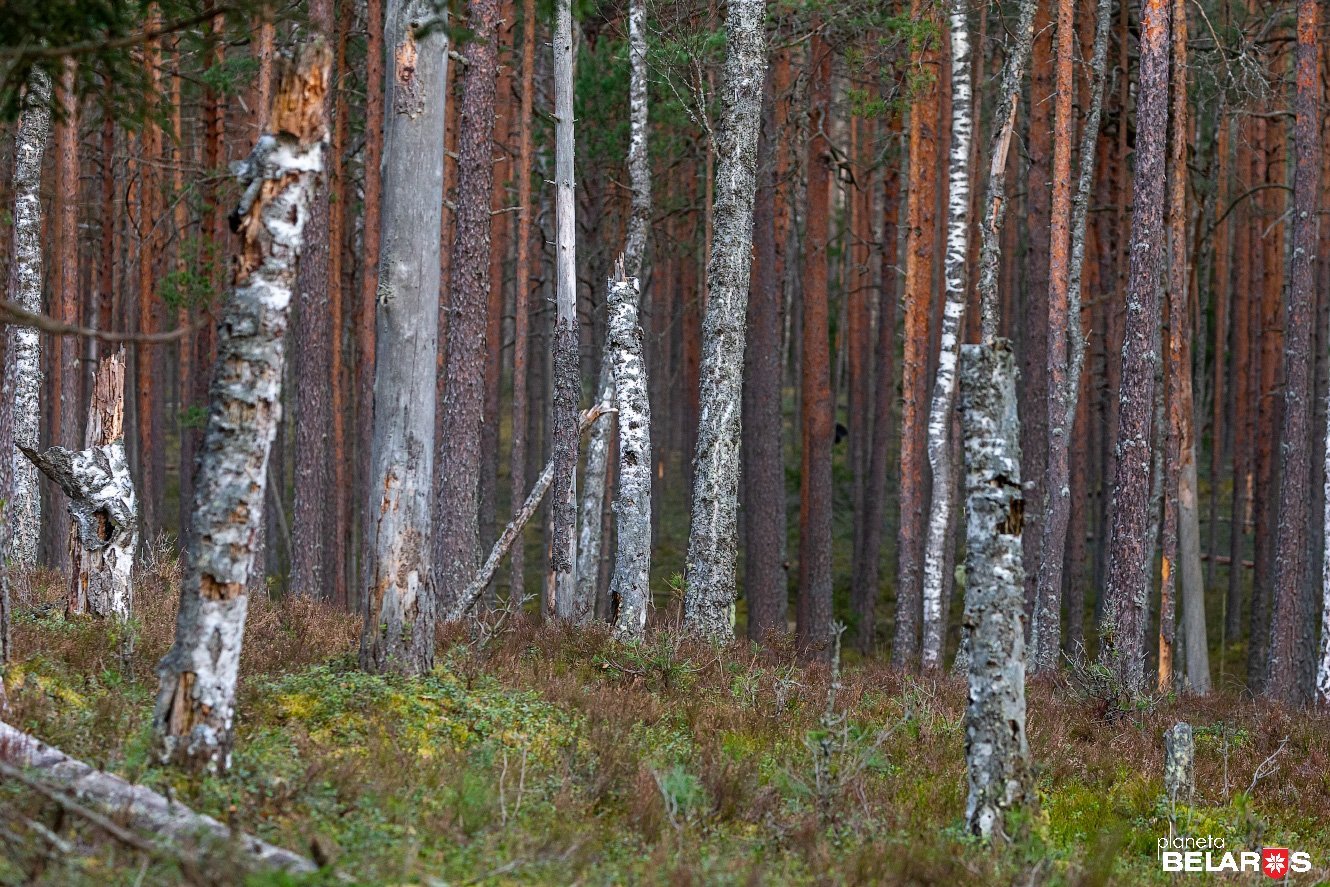 I begin to persuade them in my mind to land right in this place: it seems the most colorful to me. But ... the birds do not land, but suddenly take off!

After a few seconds, I understand why it happened: two red deer (Cervus elaphus) females are walking along the lek. 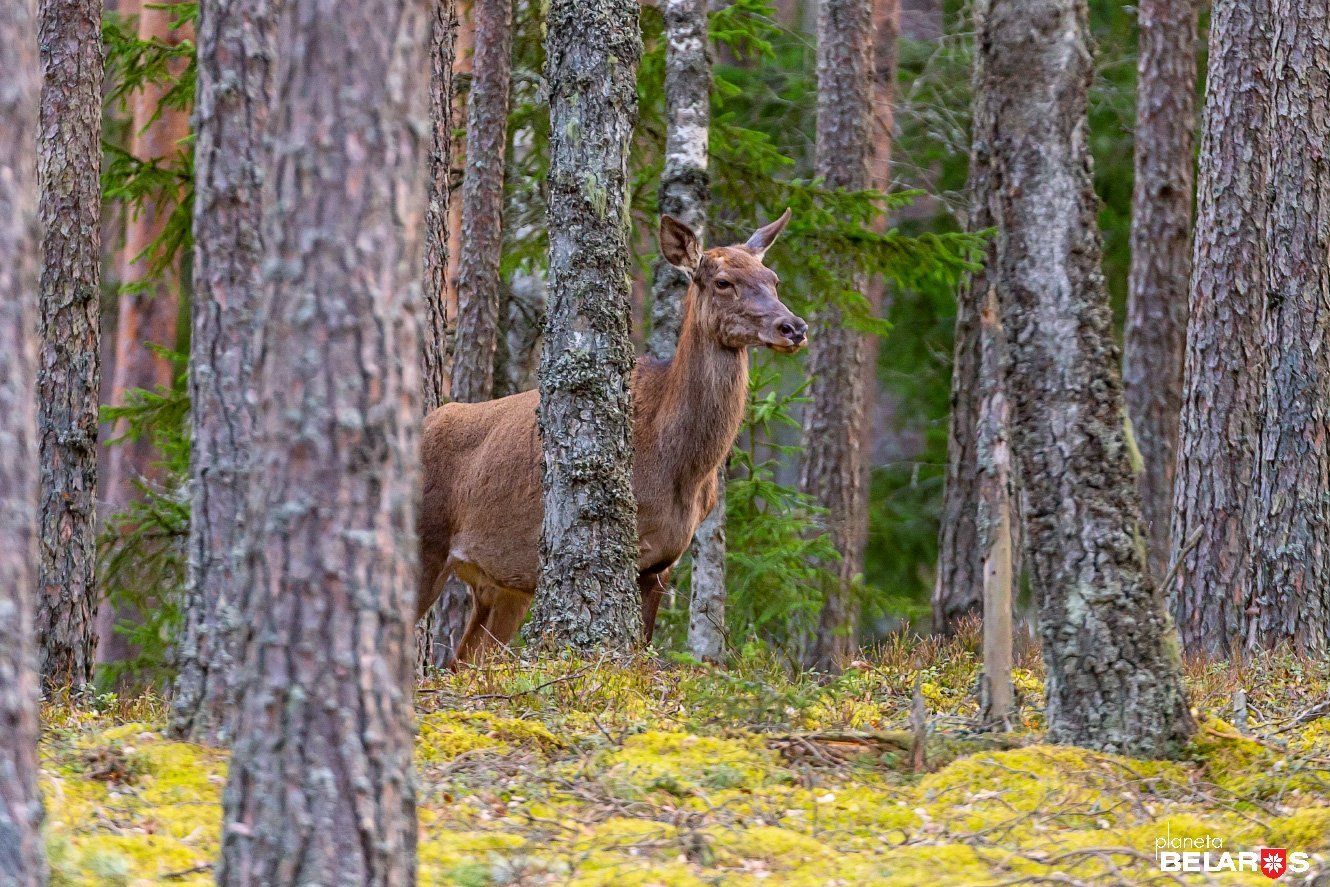 What can I say here? Only that I'm a very poor wizard. Yesterday, when planning a photo hunt, I decided to make a wish that a bear, or at least a lynx, would come to the lek… Yet, as a result I’m getting a “wrong” couple instead…

I look at the time on my phone – 7:02. The lek near the cabin is over. Somewhere behind the mountain, something is still going on, but it doesn't matter anymore for my photo hunt …

Following the rules, I keep sitting in the cabin until nine o'clock in the morning and leave the lek when all the birds have already flown away.

On the way back, Krasnoborskaya Pushcha makes a small gift: it sends me a female capercaillie on the road. I first passed it by, then turned around, prepared the camera equipment and slowly drove up. I managed to make one frame. Thanks for that, too.

I pick up my wife and we were heading the local restaurant for breakfast, when she suddenly exclaimed:

- Stop! There’s something black and large to the right,  – probably a bison!

I turned around again, drove up quietly … but saw nothing behind the hill. I got out of the car and started to sneak up: a female moose and the calf have settled down for a day's rest! 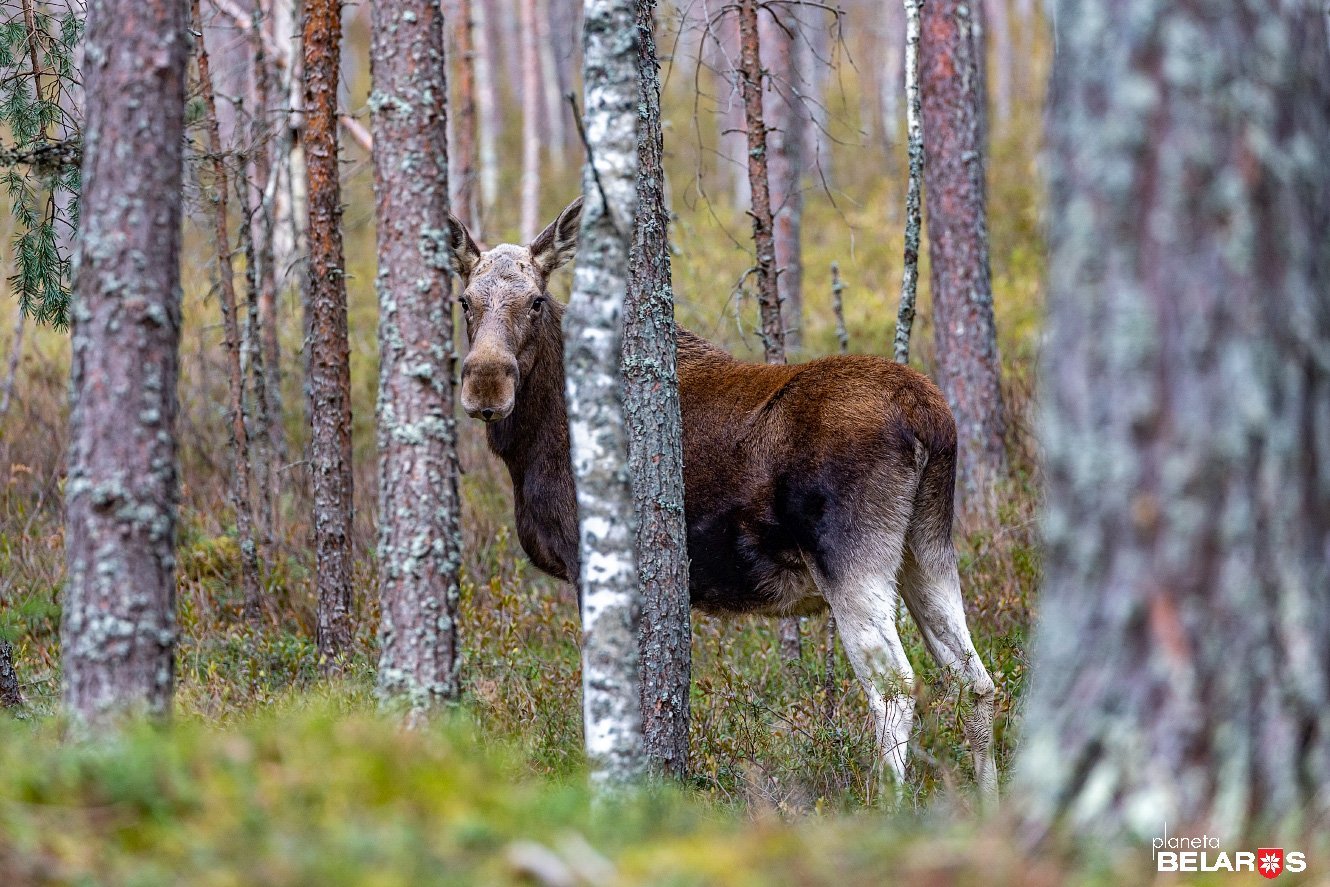 When I appeared, the animals stood up. I took a few shots and they ran away. 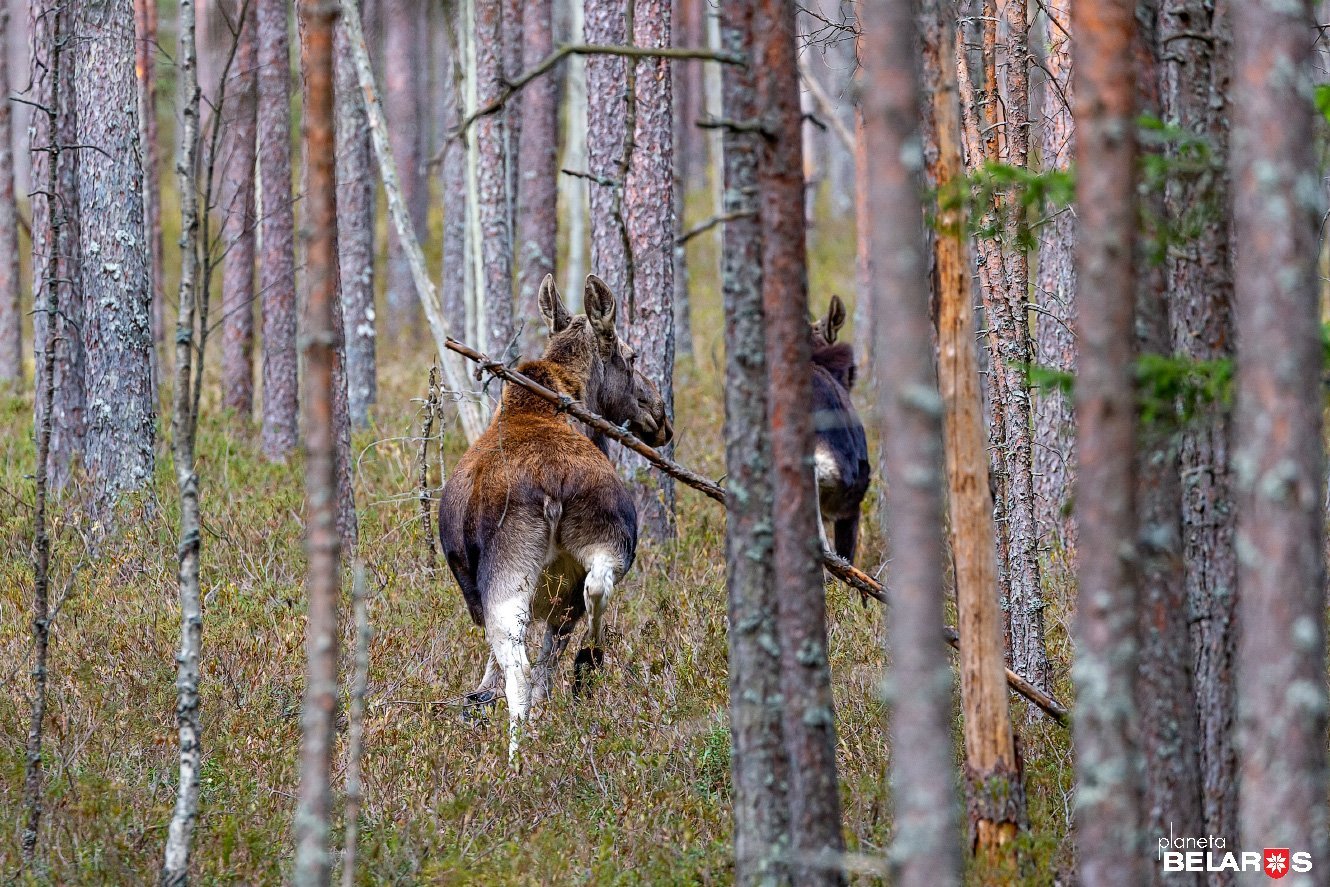 After having breakfast and discussing the details of the Pripyat expedition, we will take photos of the Pasque Flower (Anemone patens) on the bank of the Svolna River. But that's another story…