While being in the Braslav region weather has slightly improved only by the lunch time. I’m planning a route, choosing lakes that I haven't photographed yet, and starting the trip. 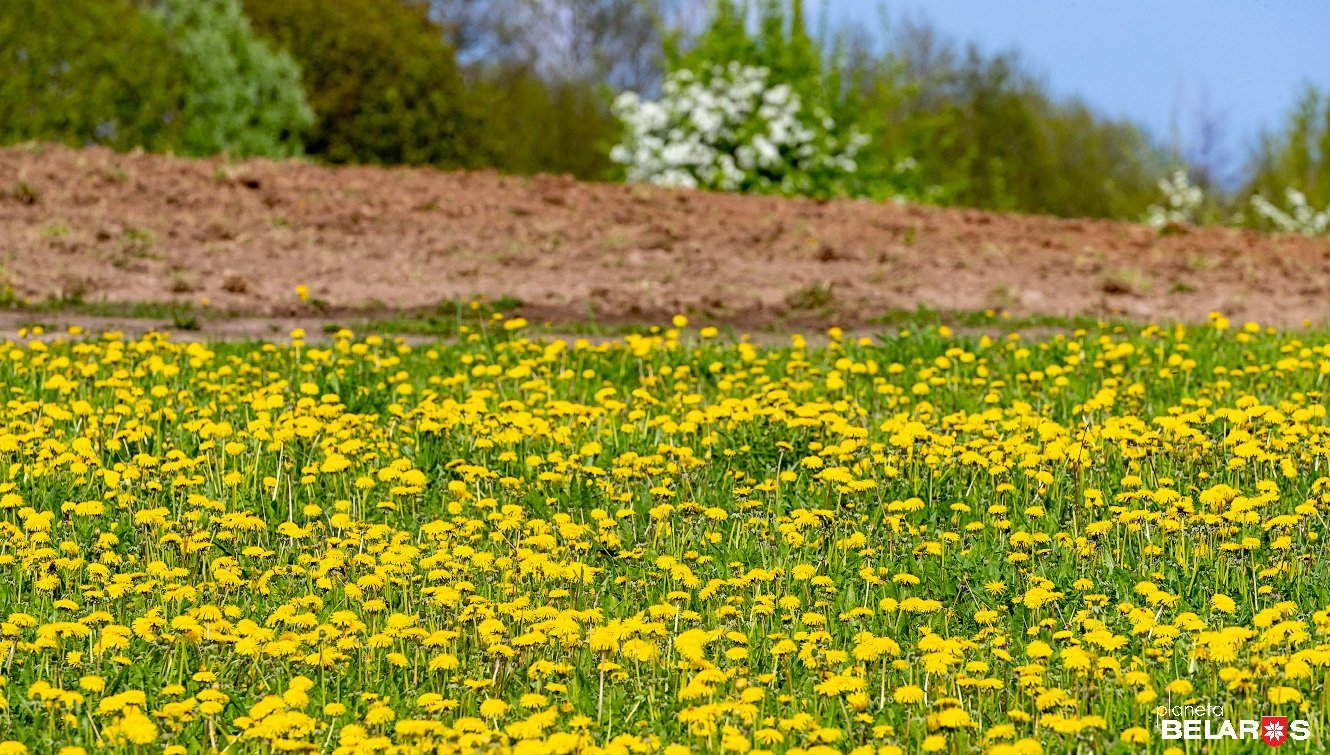 It's spring, and the bird cherry and dandelions are in bloom, but I'm looking for panoramic shots. 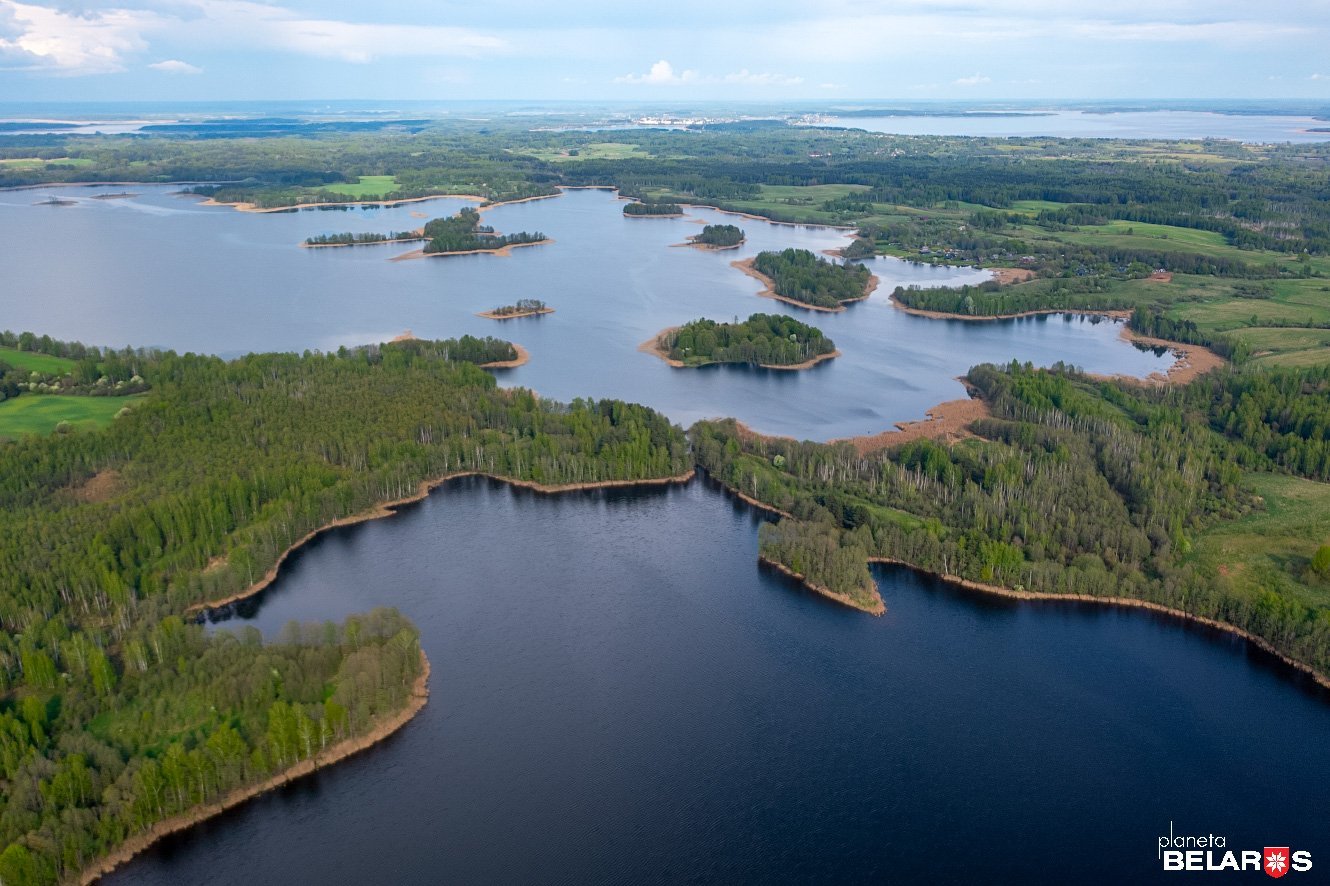 Lake Buzhe has a very beautiful coastline and many islands. 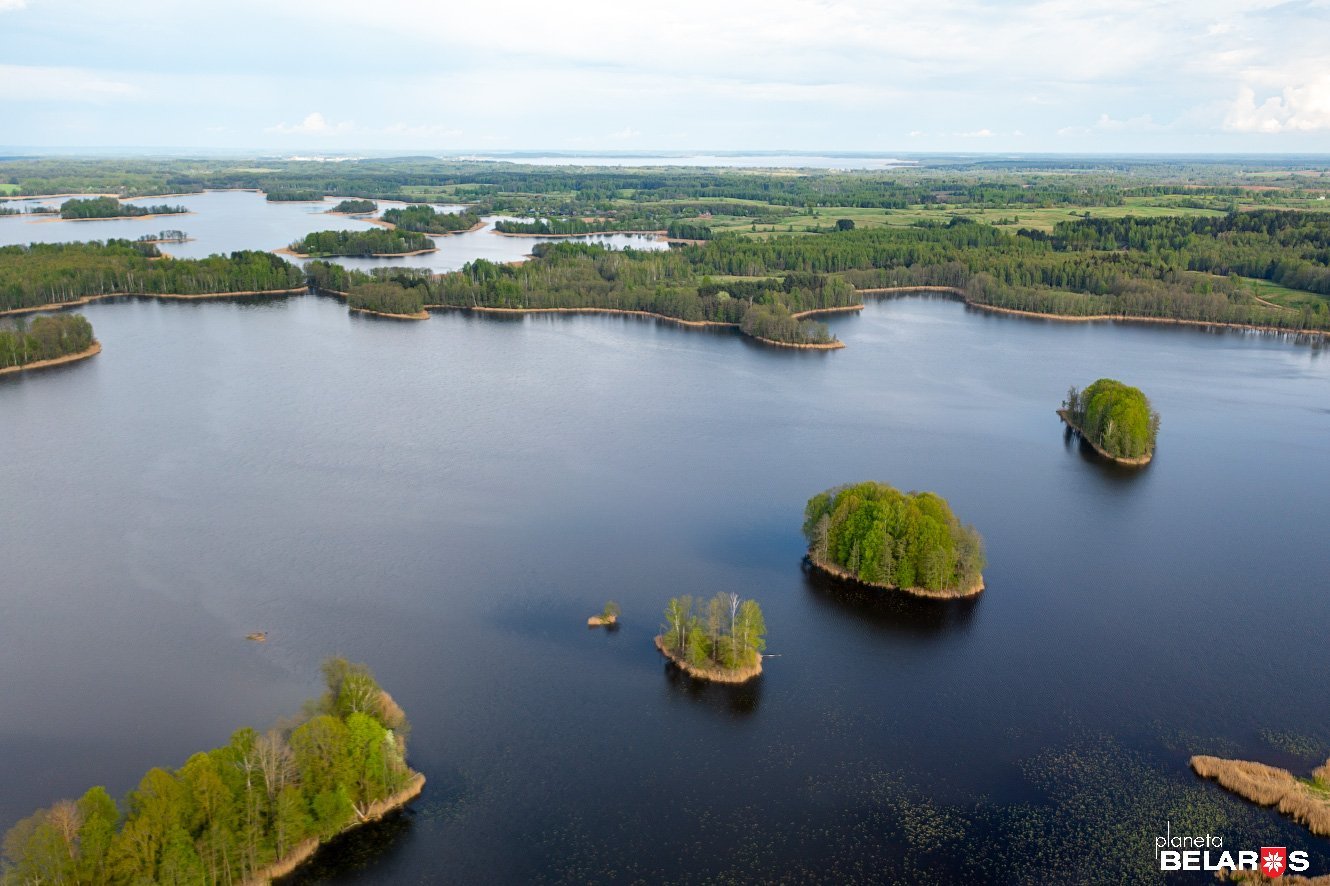 There are islands on the nearby Lake Savonar. However, the pictures are not as expressive with even sunlight, as I would like them to be. Therefore, as soon as I notice thunderclouds in the east, I move towards them. 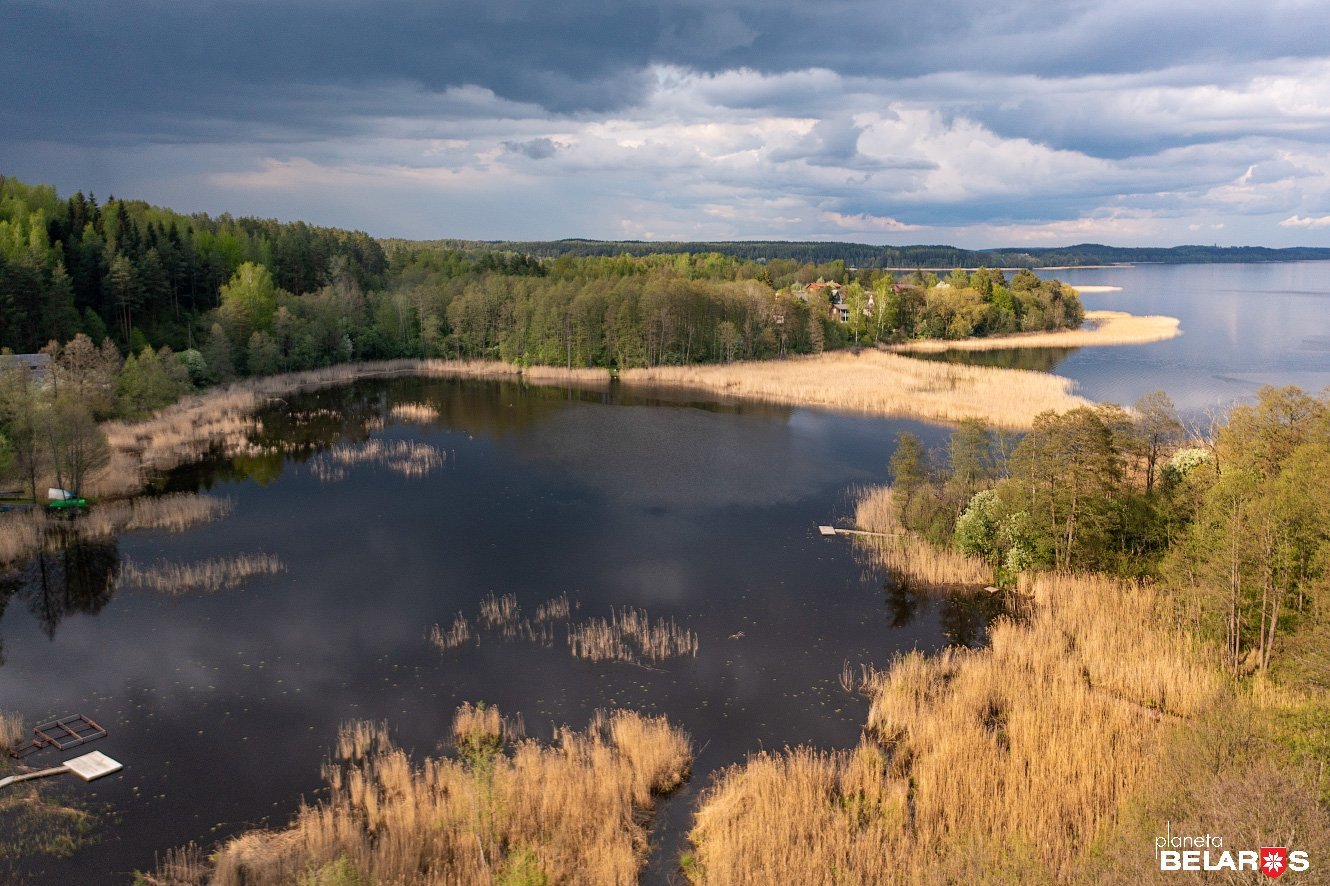 A small bay in the recreation gardening cooperative Strusto. There is a game of water and clouds; the frame turns out to be more interesting. 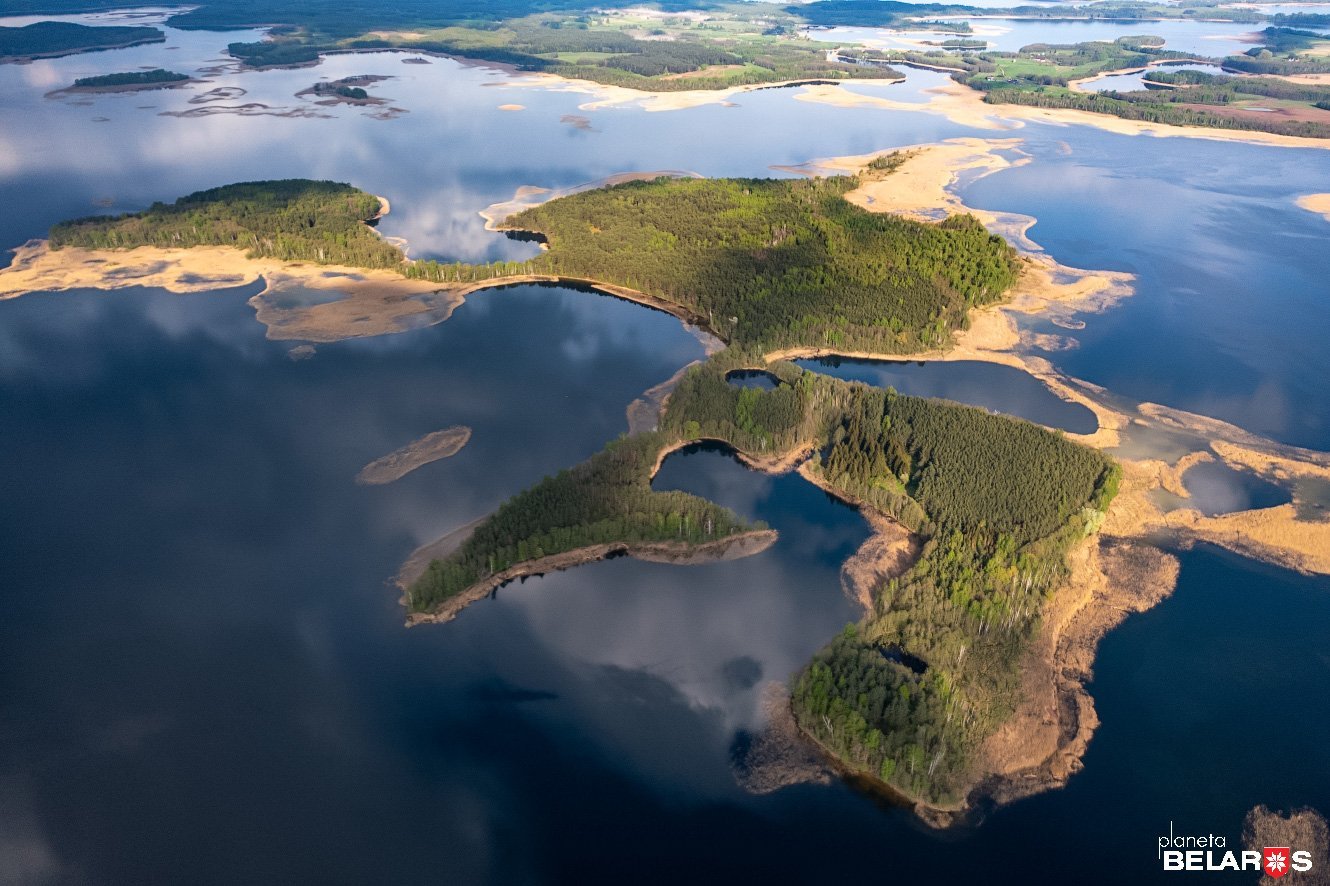 Chaychin Island looks even better in this entourage. But a strong wind is blowing, the clouds are rapidly approaching, and half of the island is in shadow. I have to land the quadrocopter and drive a couple of kilometers away – to that part of Strusto Lake where the sun is still shining. 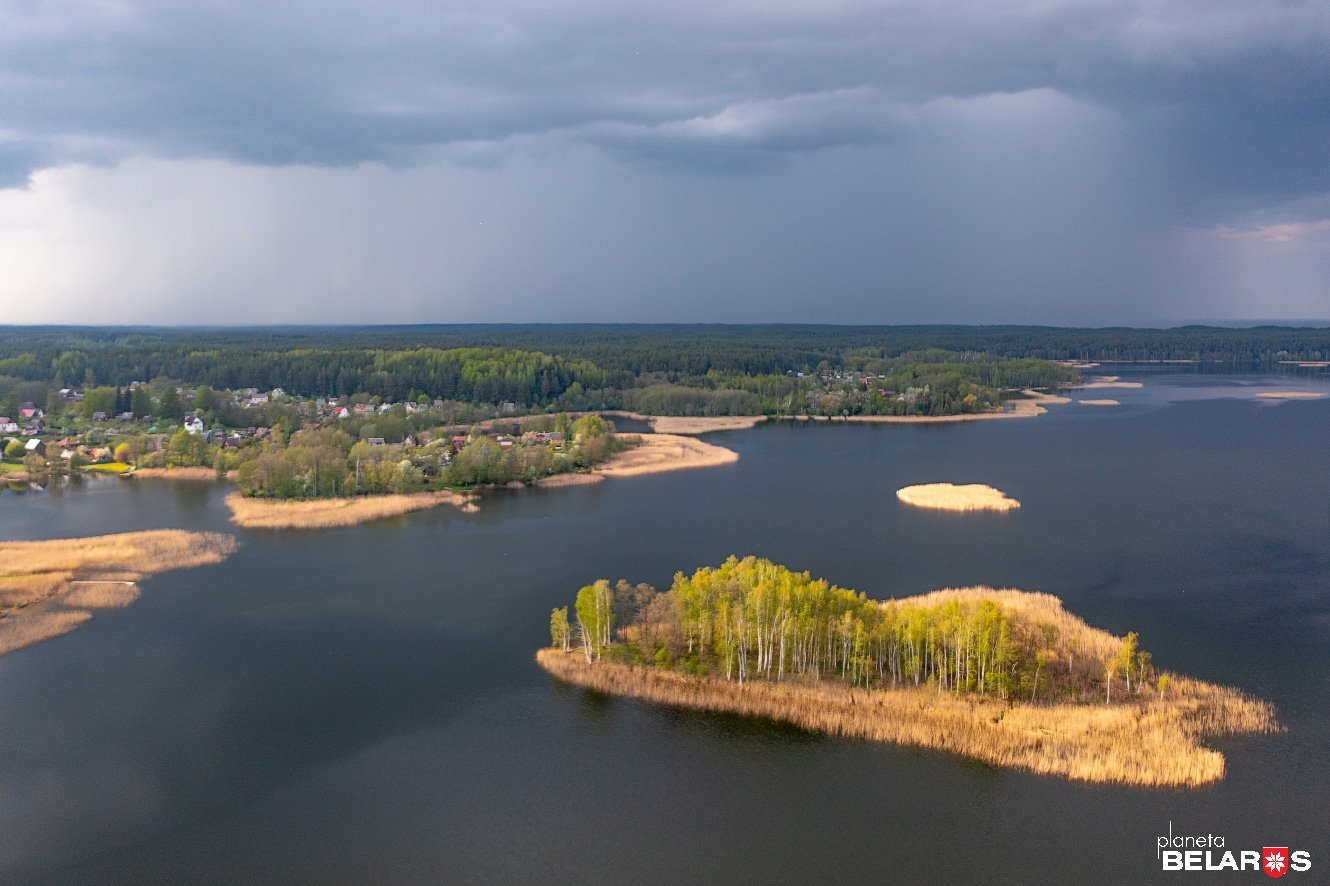 There are brightly lit boats at the shore, but some grandmother and her child are playing near them. 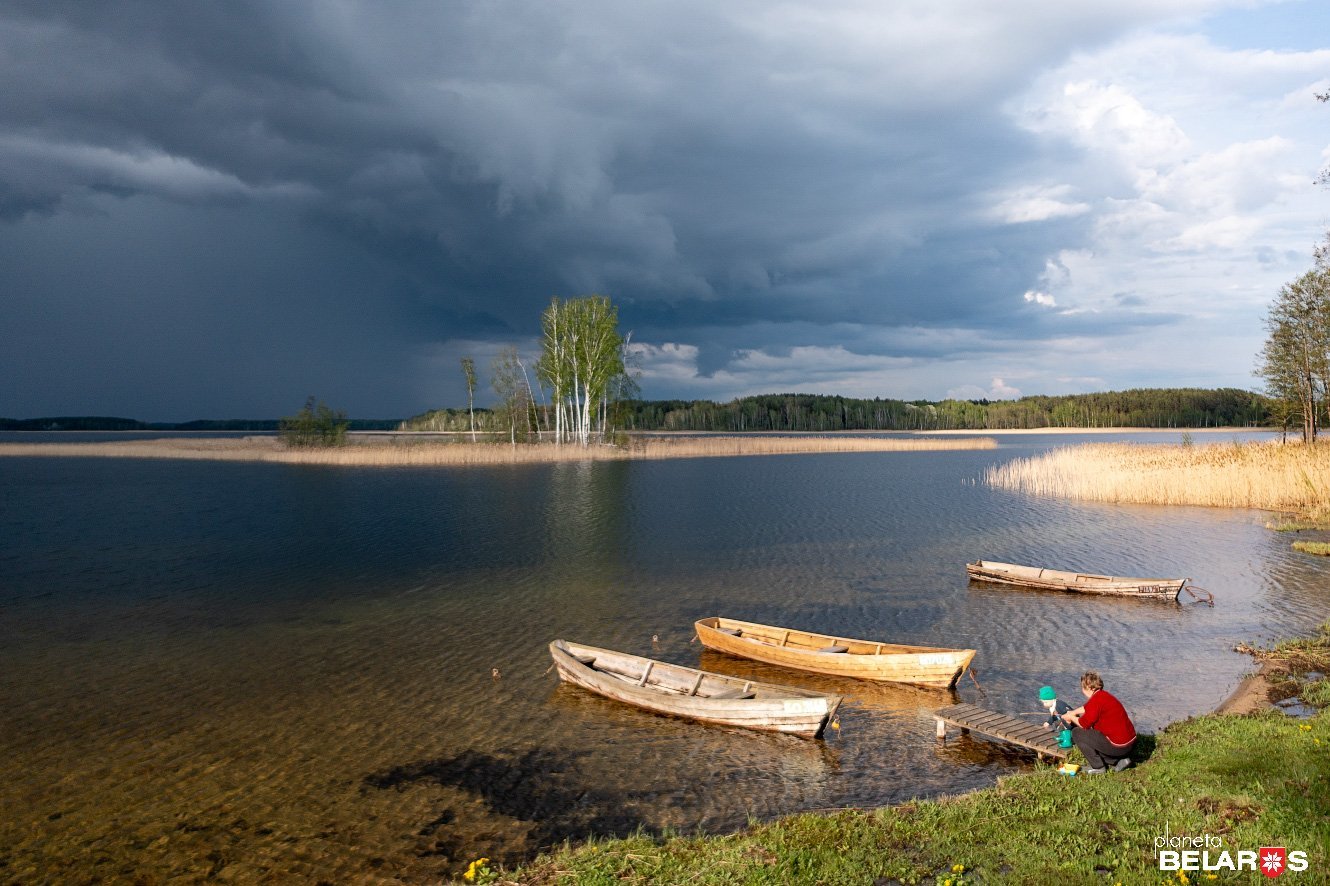 Asking them to move away would sound impolite, while there is no time to persuade them to pose either. 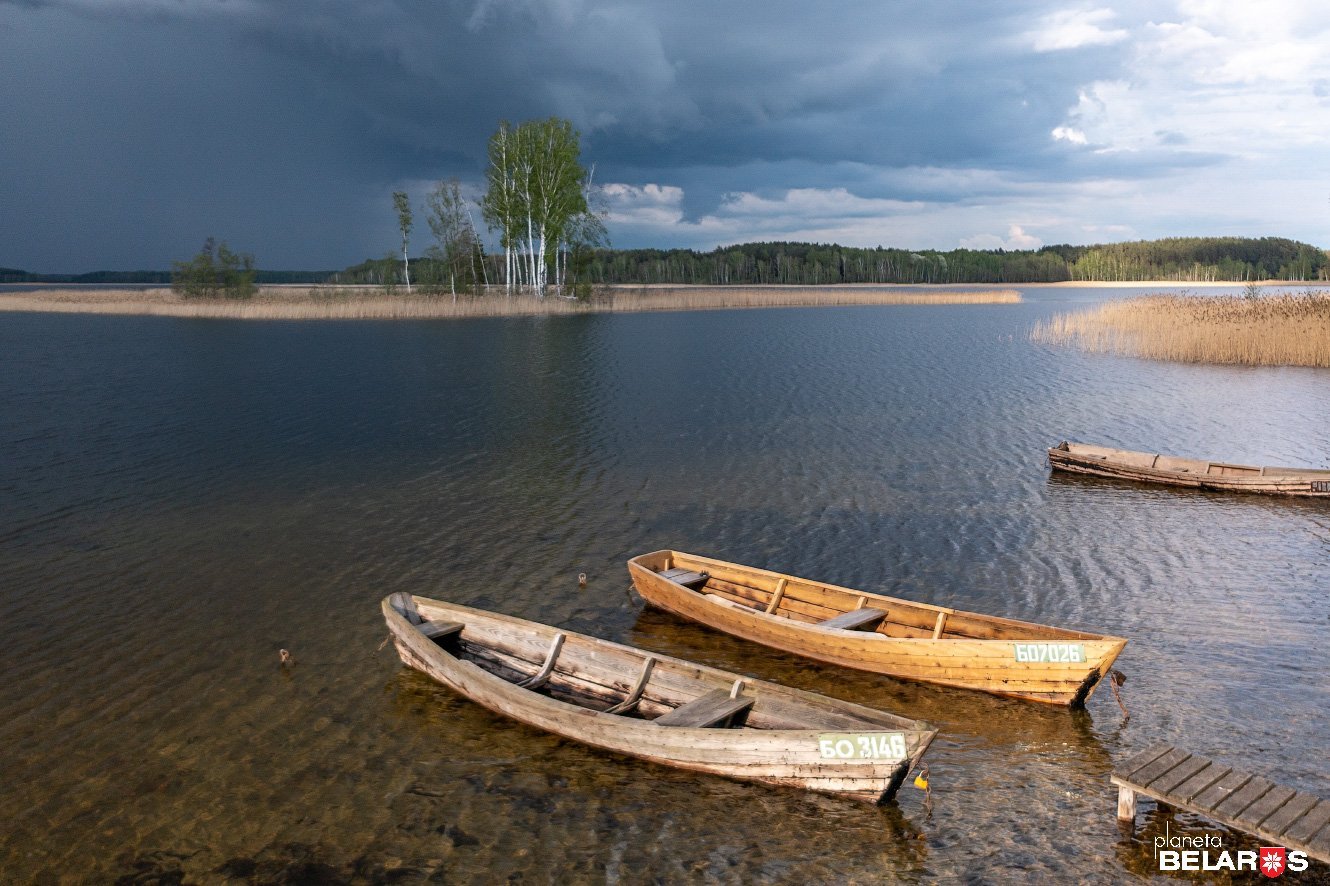 Thus, I just have to frame the photo more rigidly. 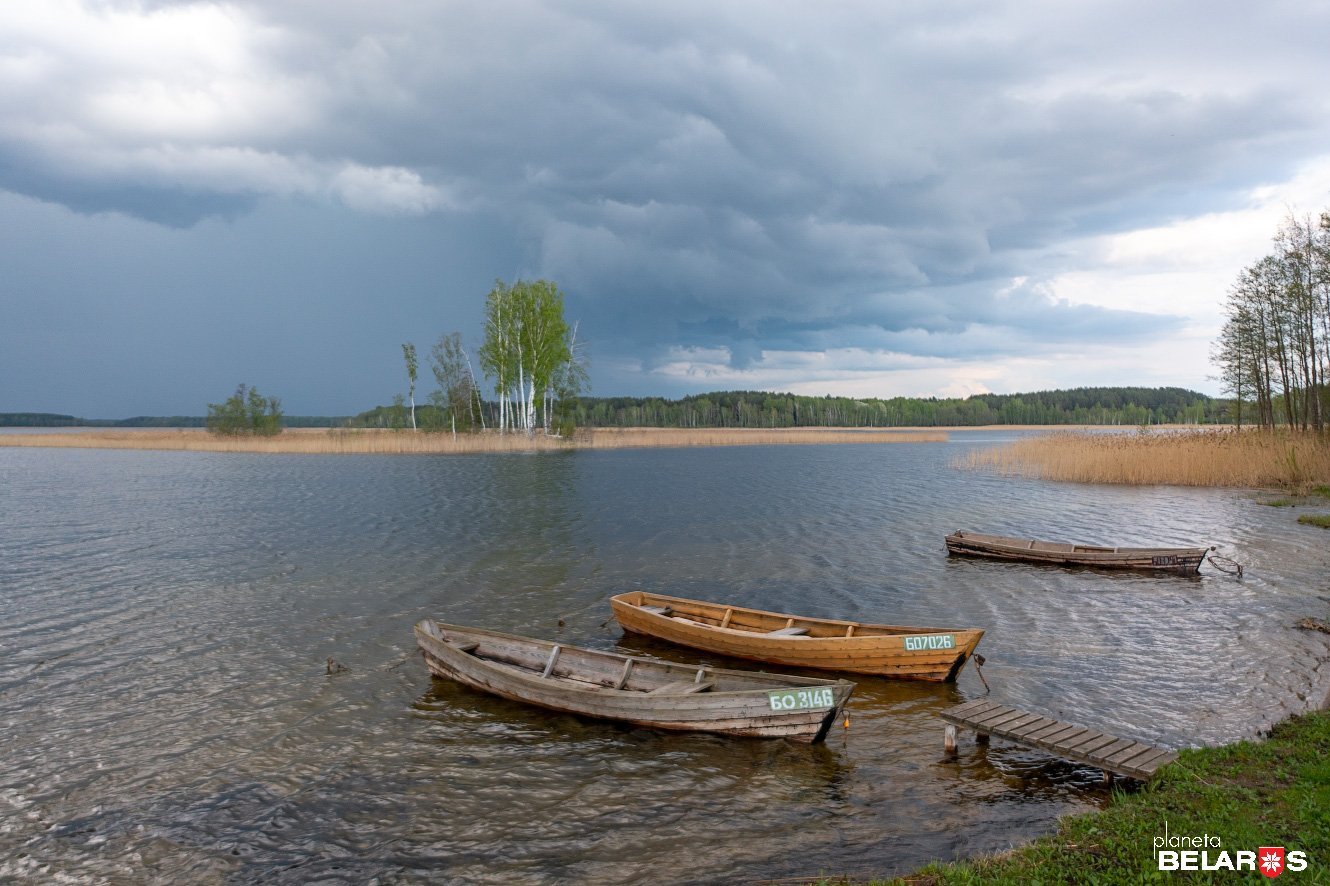 A minute later the boats are in the shade. But the cloud turned back near Chaychin, and the island started to shine in the sun again. 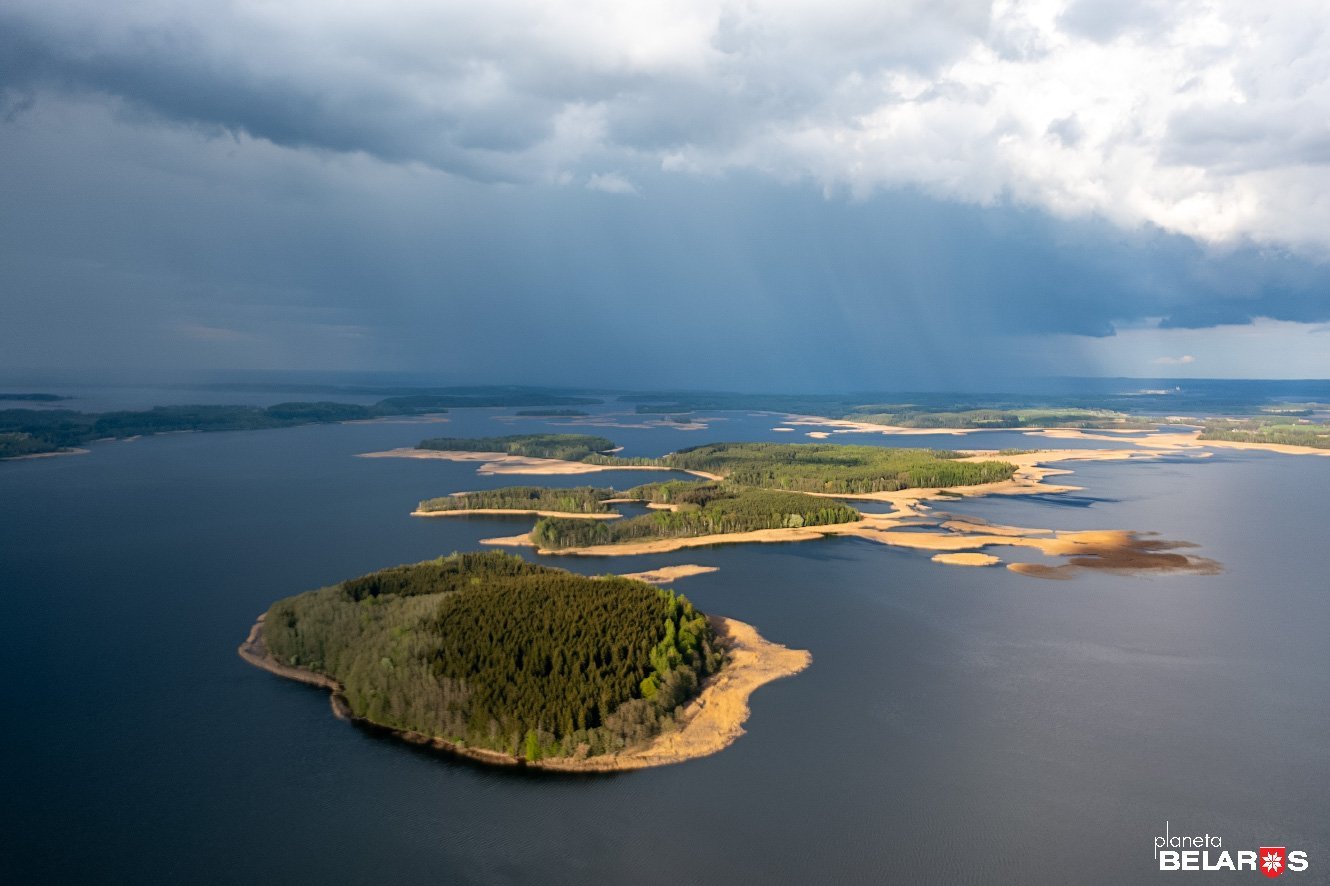 I return to Strusto village and lift my drone up to the air. 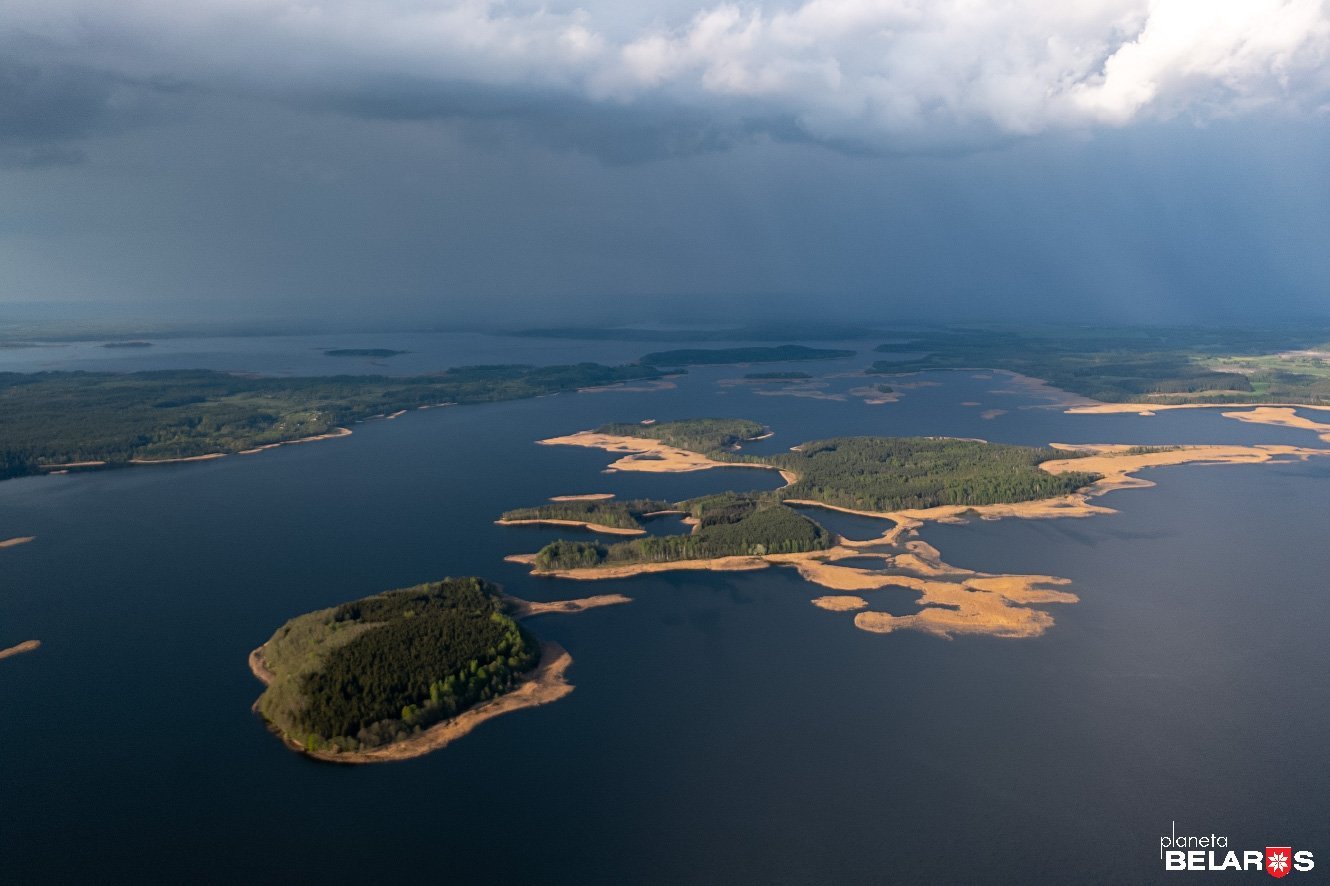 It results is really emotional shots: somewhere far away it is raining, which makes the water in the lake mergeing with the sky, while a light cloud is making an additional artistic element.

The wind changes, the clouds begin to shift to the north, and I follow them. 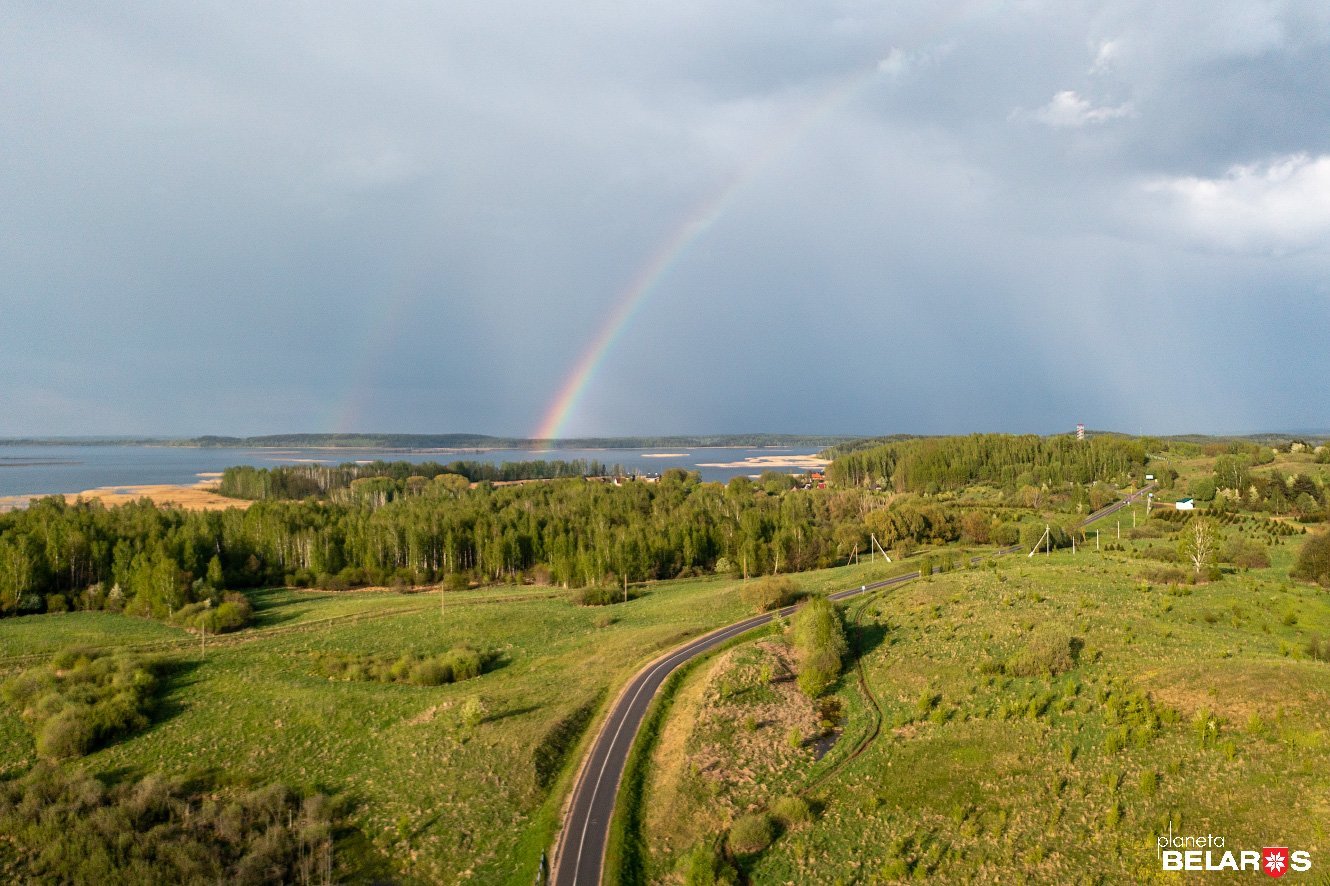 The road to the Mayak mountain (“Lighthouse mountain”) and a rainbow. At first, I drove closer, but it was impossible to shoot there: it was still raining. I had to return and to take the drone off from more or less safe territory. 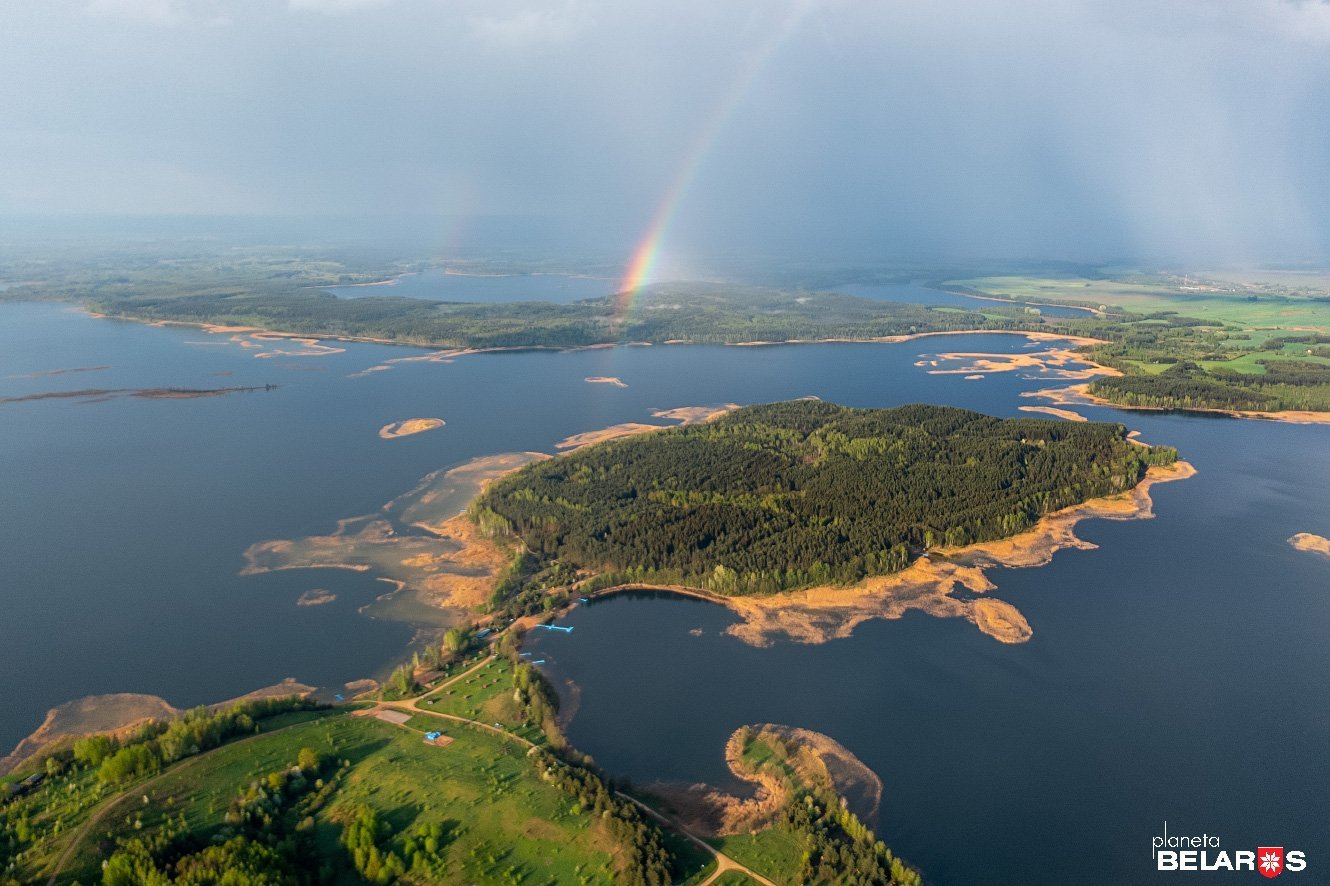 Mount Mayak is one of the most popular places in the Braslav region. Unfortunately, I couldn't take a picture of the observation tower – it was still raining there, and the batteries were already dead. 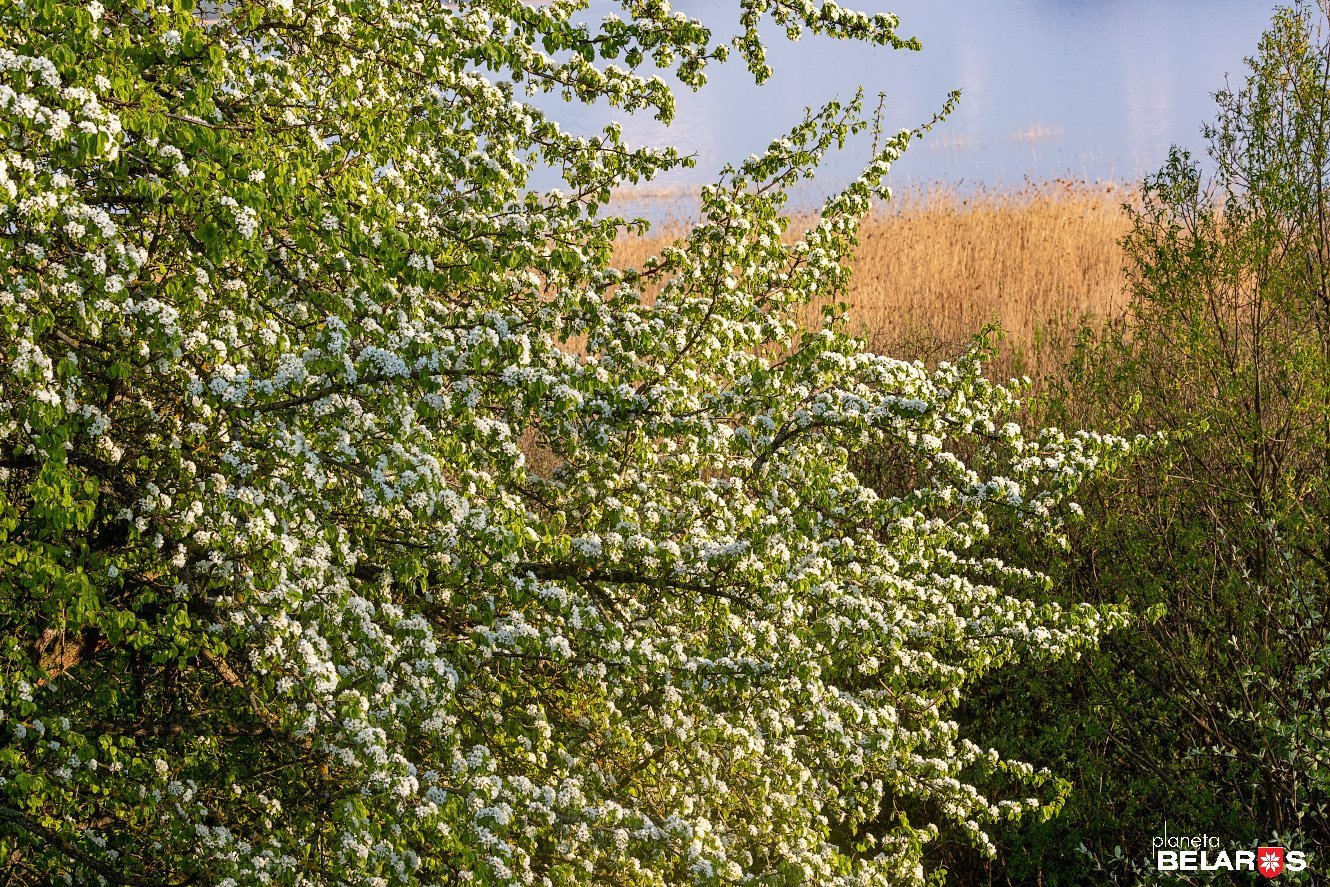 A blooming pear tree on the high shore of Snudy Lake near the village of Krasnogorka. 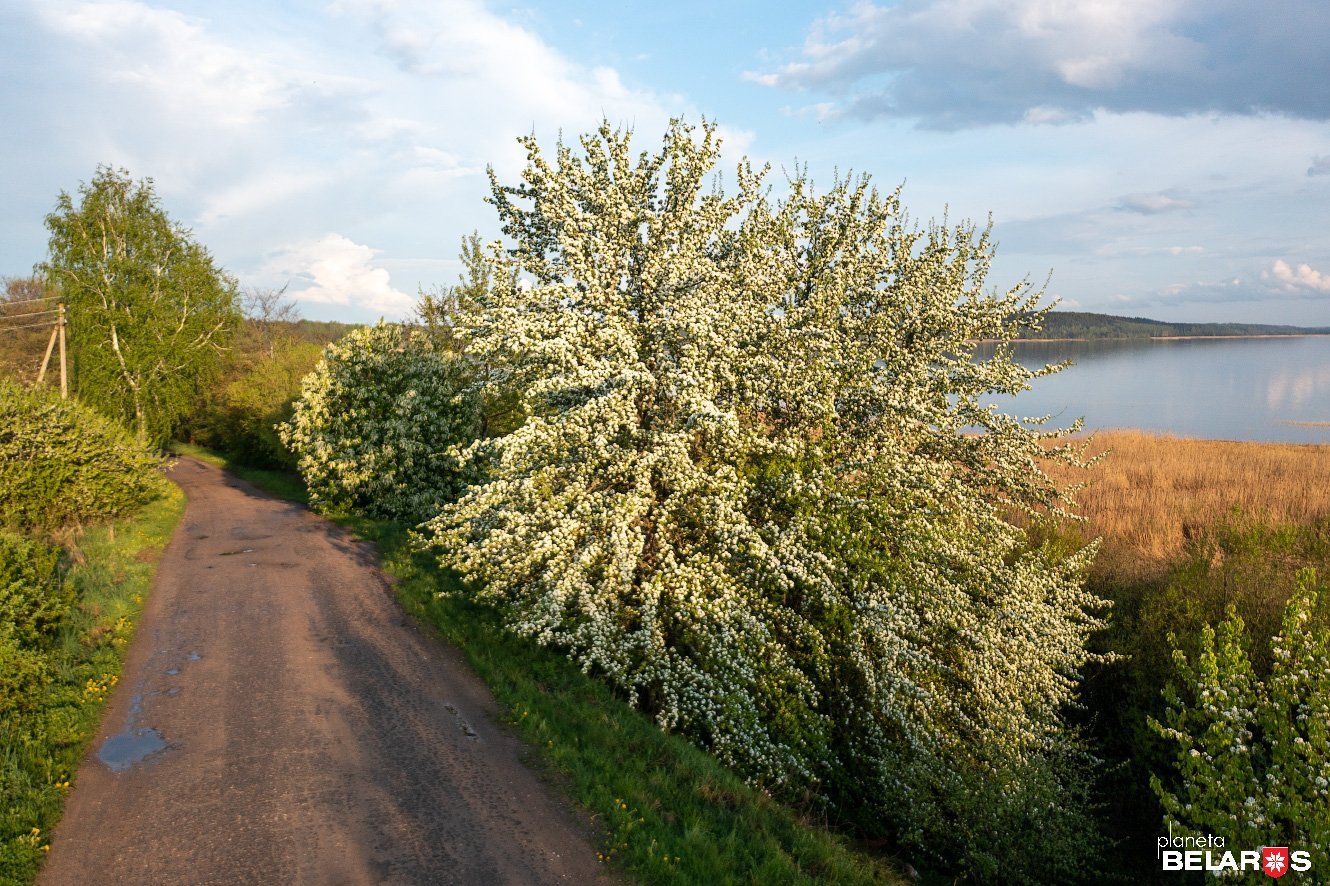 I drove around the lake to take a picture of the storm clouds against the sunset, while the battery was being charged. Suddenly I notice two moose. 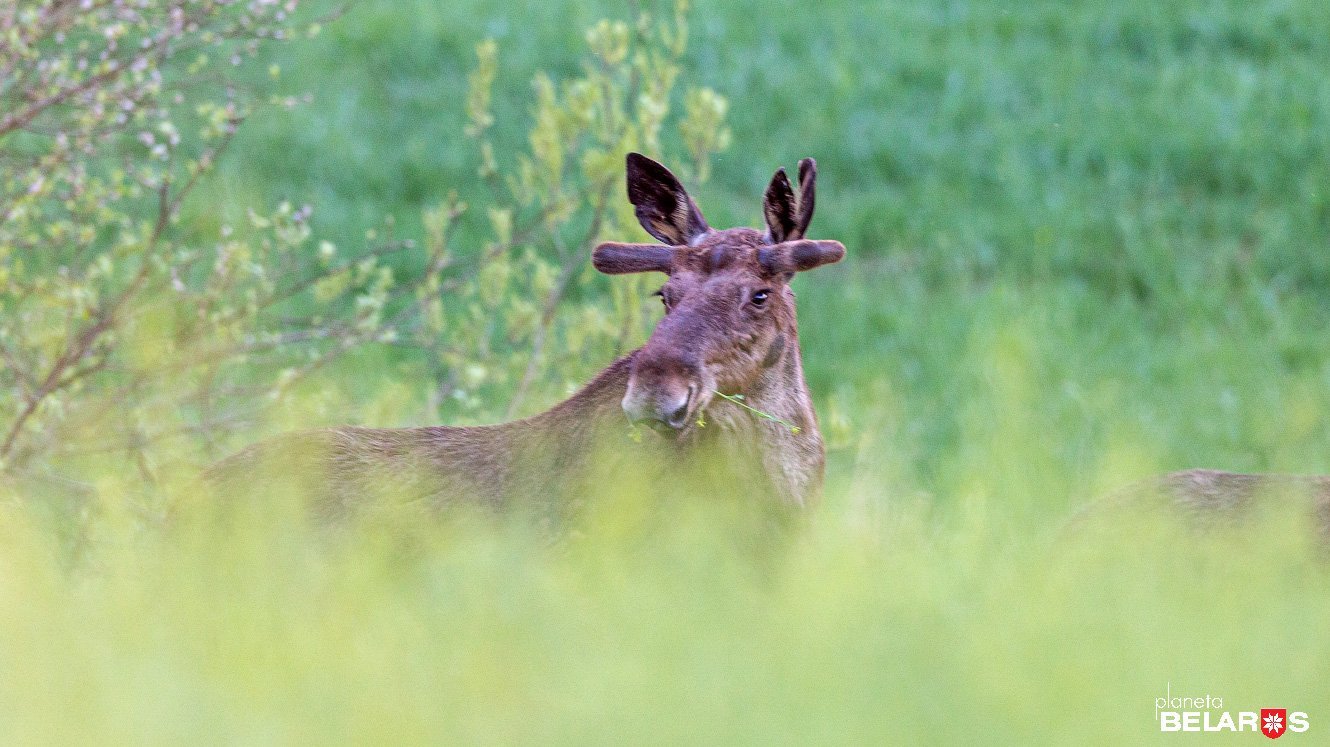 They feed quietly at the fringe of the forest. Of course, in another situation, I would stay waiting for some interesting frame with animals, but now there is no time – we need to chase the departing sun. 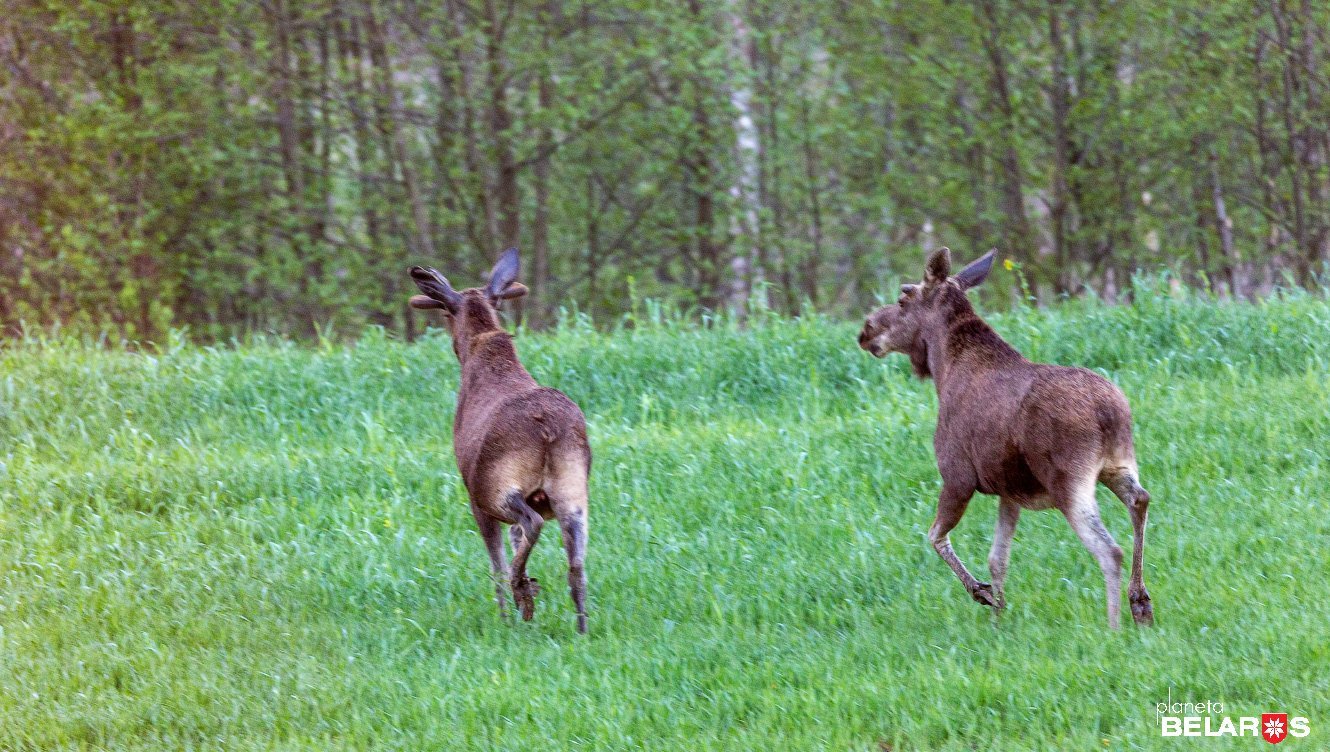 I approach the moose openly and take a couple of shots. 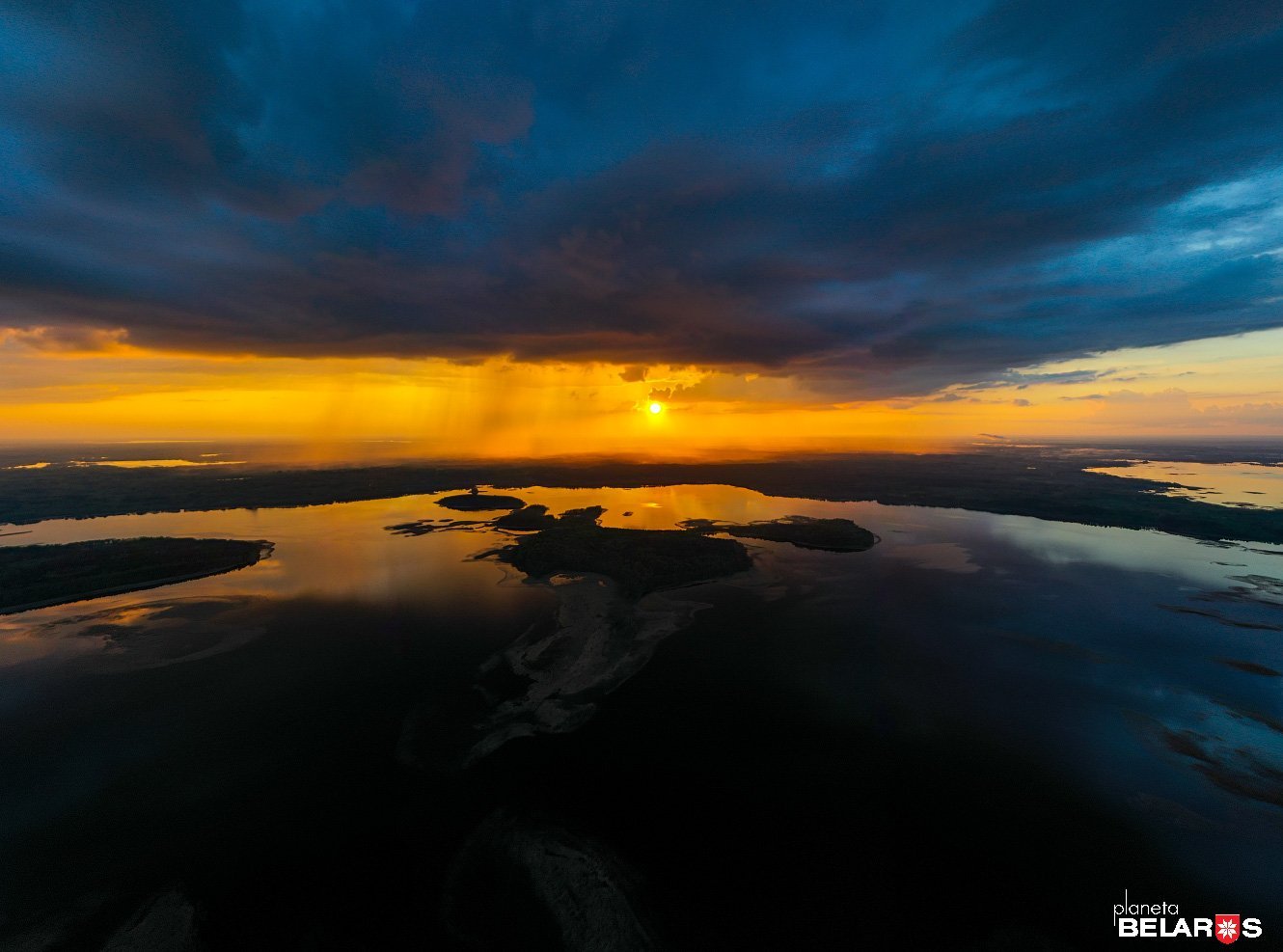 The sunset was really impressive, but it was very, very difficult to photograph it due to the large raindrops. When the rain paused, I was taking the drone off; when it was starting again, I had to wait. So I failed to make “the perfect picture”, showing the sun at the very edge of the horizon already, and the clouds being stained red …