The “dead zone” of Chernobyl: blossoming

In yesterday's report, I noted that I adjusted my business trip to the Radunitza day, when residents of evicted villages are allowed to visit abandoned cemeteries. I wanted to make a painful material about human tragedy, nostalgia and the memory of their native places. 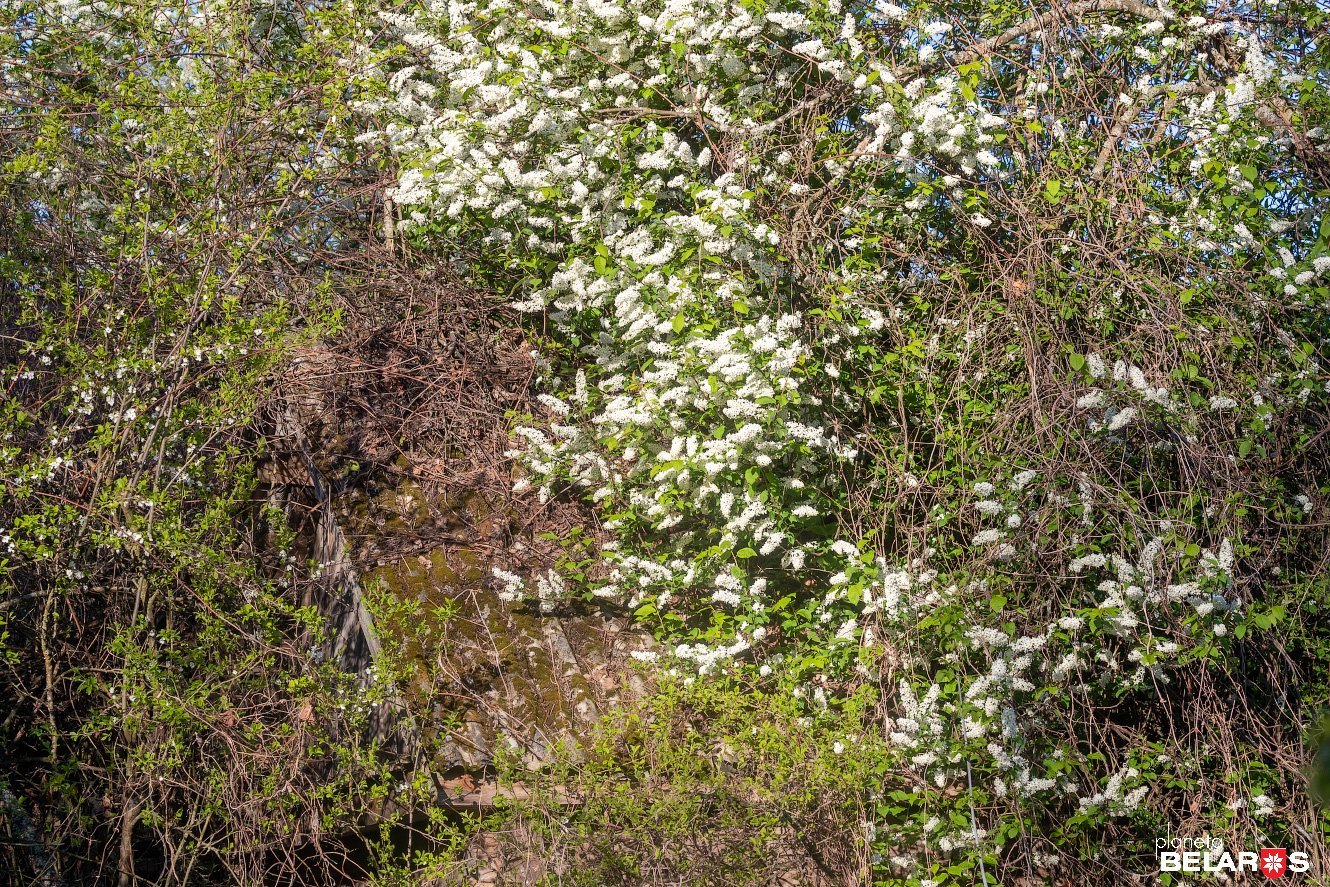 The second task was to shoot blooming gardens, which also had to emphasize the absurdity of the situation and the power of nature, which can correct human mistakes.

But this year spring was very late: at the time of our arrival, most of the apple trees had not yet bloomed, I had to focus on cherry trees, pears, cherries and plums. 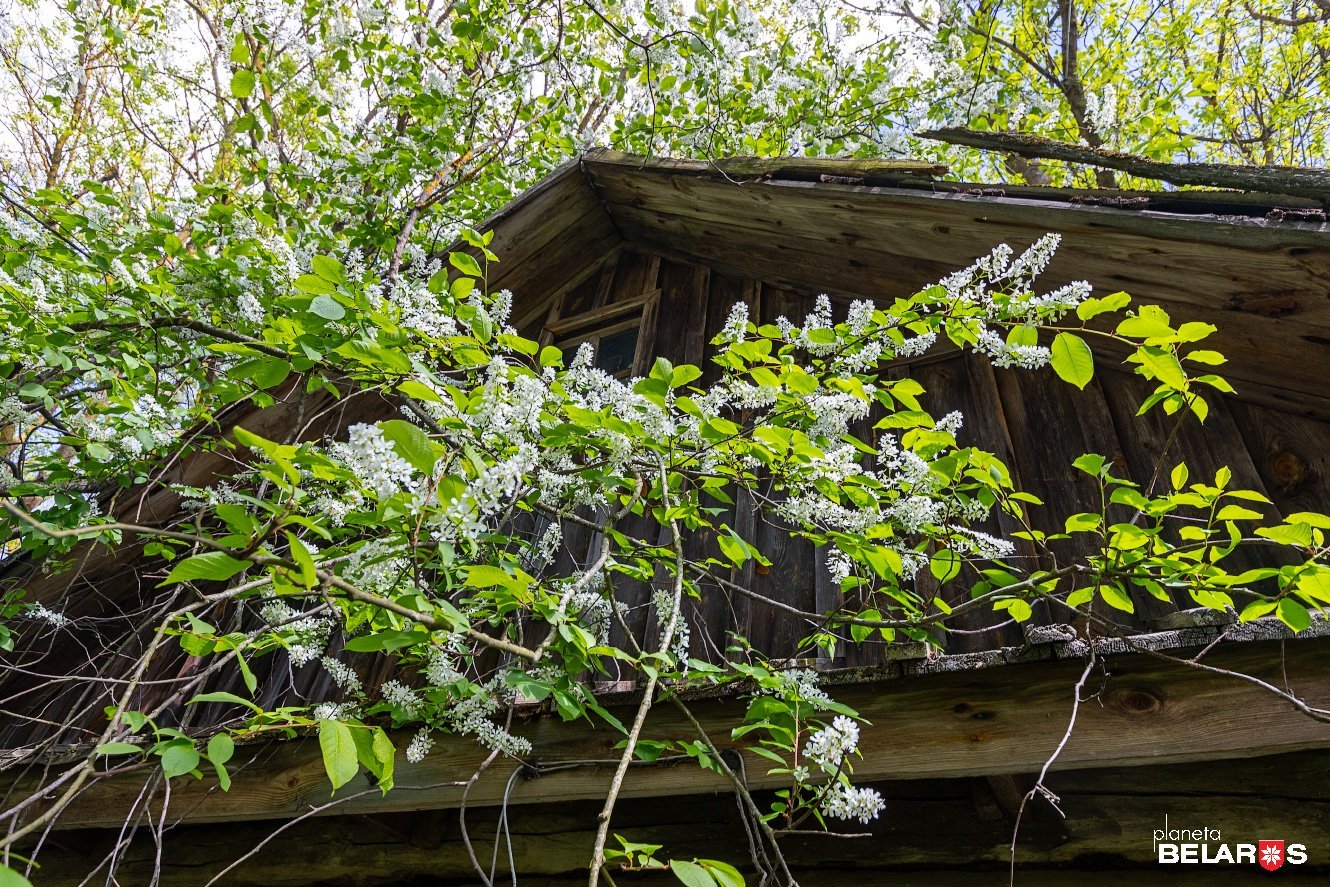 In some places thickets of cherry trees have covered entire houses. Somewhere you could shoot flowering branches against the background of buildings, somewhere bird cherry trees formed real plantations in the alder forest. 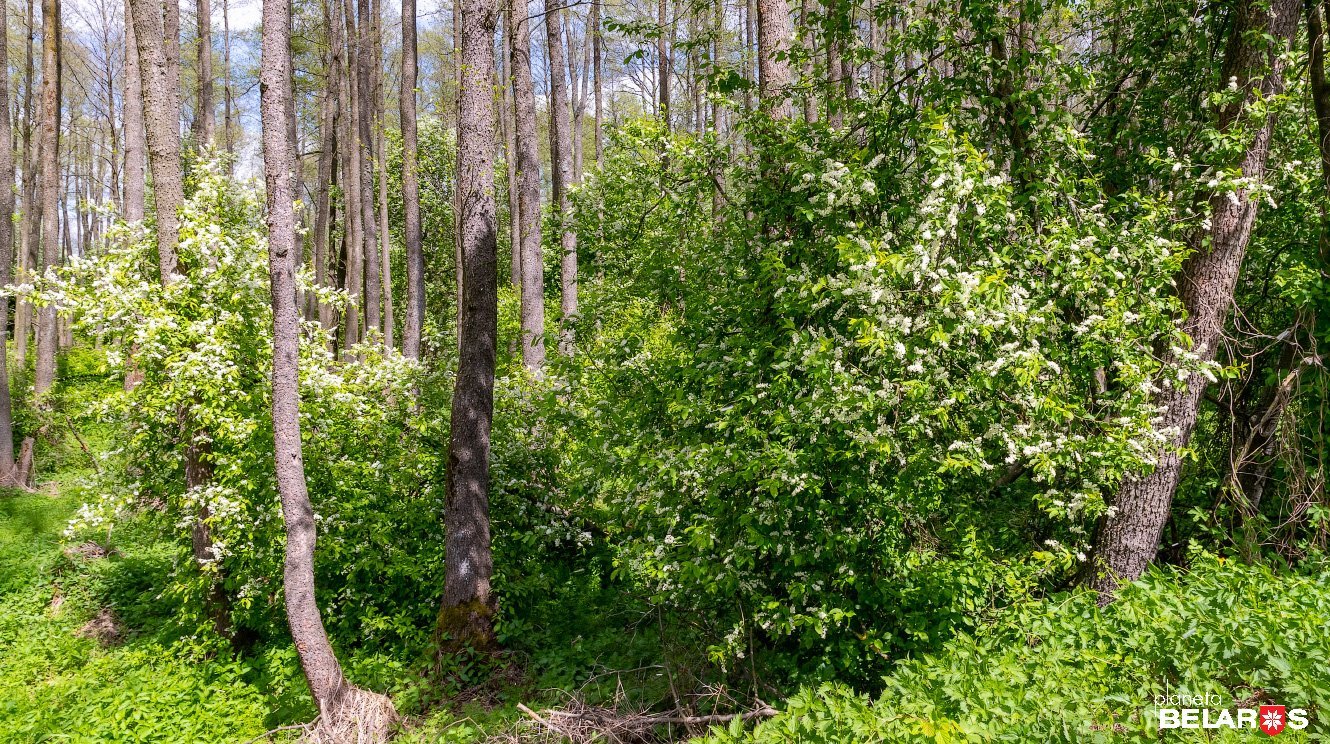 Individual branches of linden and hops looked very tender against the background of such a powerful blossoming. 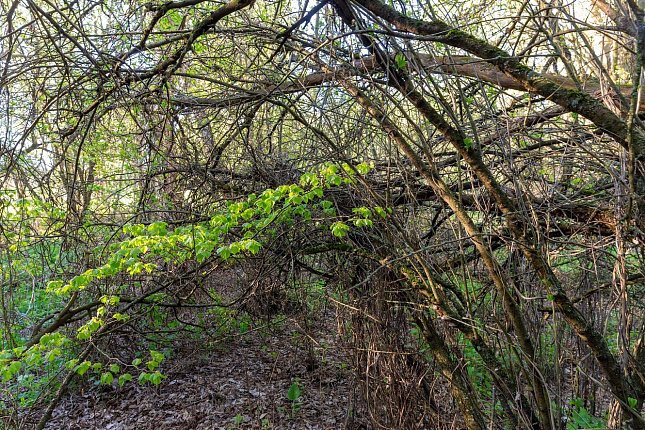 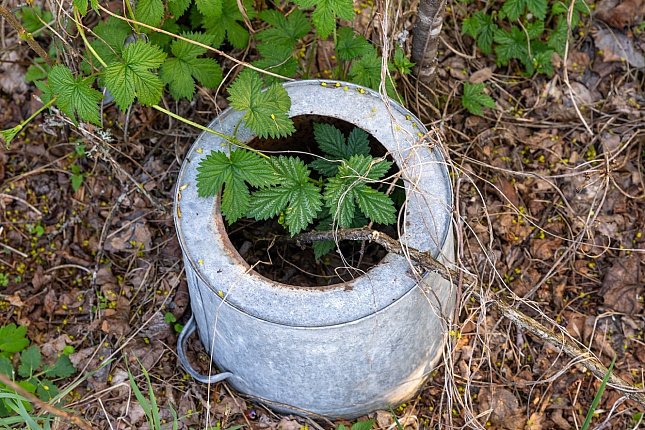 I was looking for symbolic frames.

This blooming pear tree with the remains of a power line, in my opinion, quite strongly demonstrates the disagreement between man and nature. 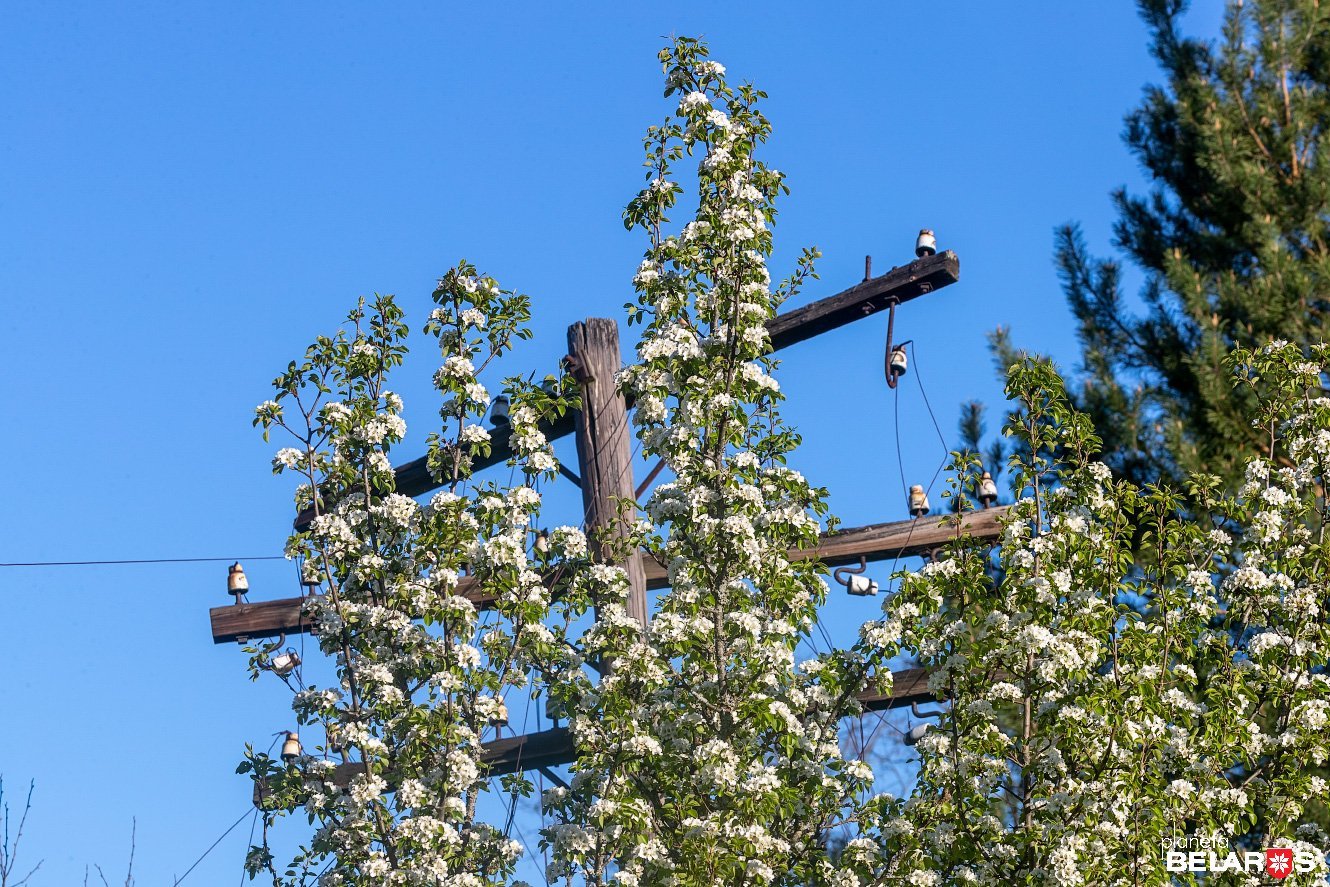 The tragedy of the situation is emphasized by the blooming branches against the background of abandoned houses. 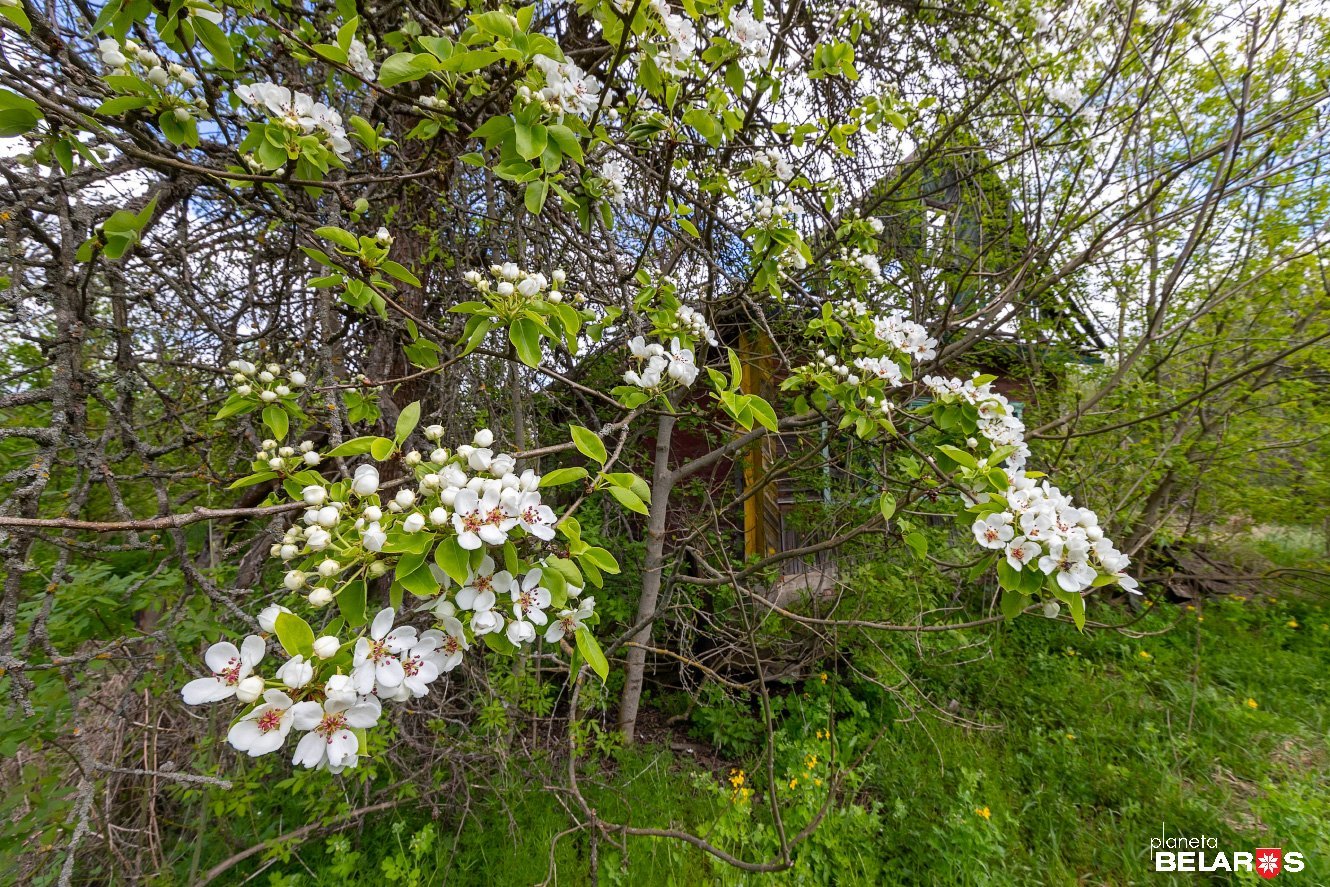 The morning and evening sun also contributed to the creative task. 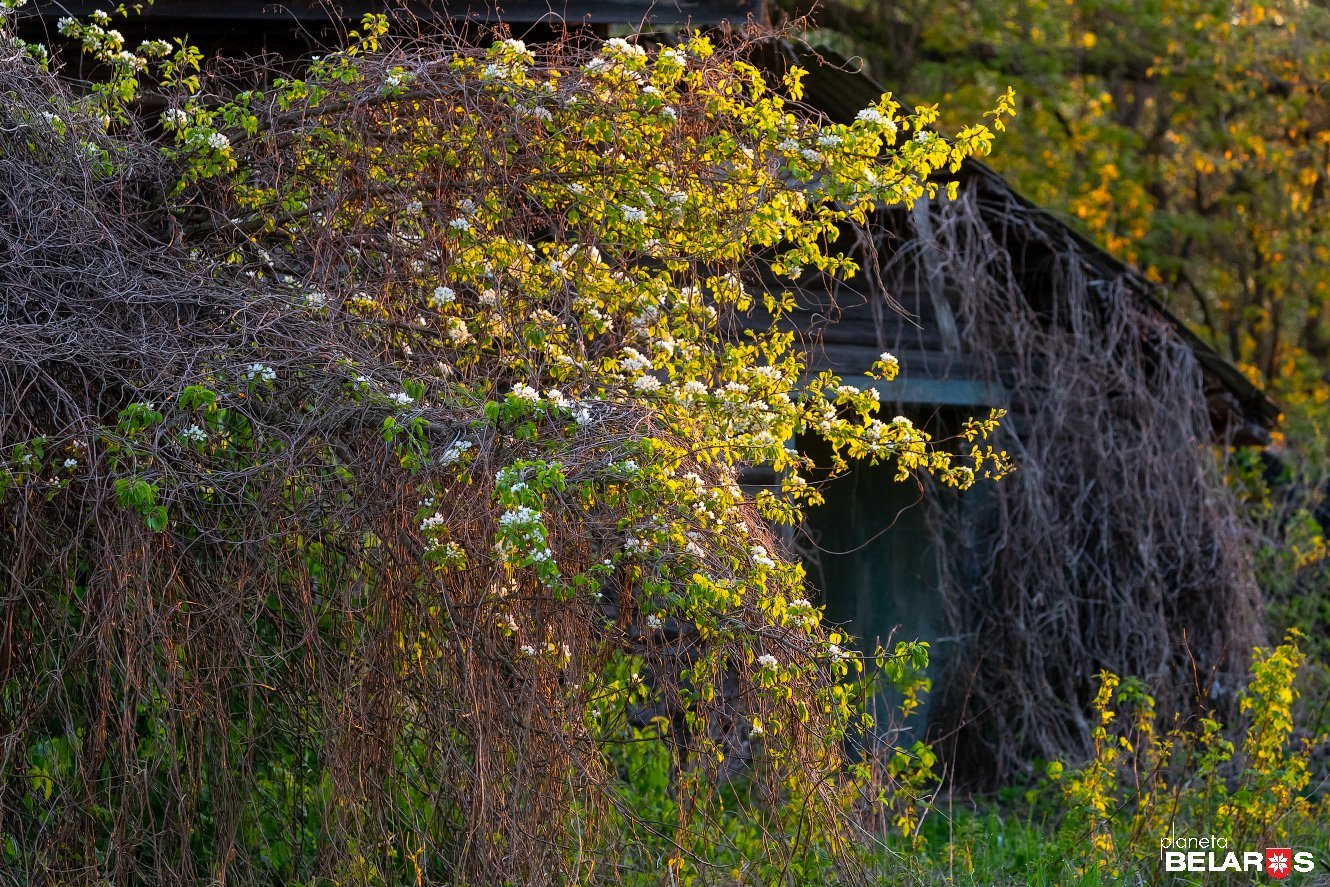 A branch of a pear tree in the village of Babchin. 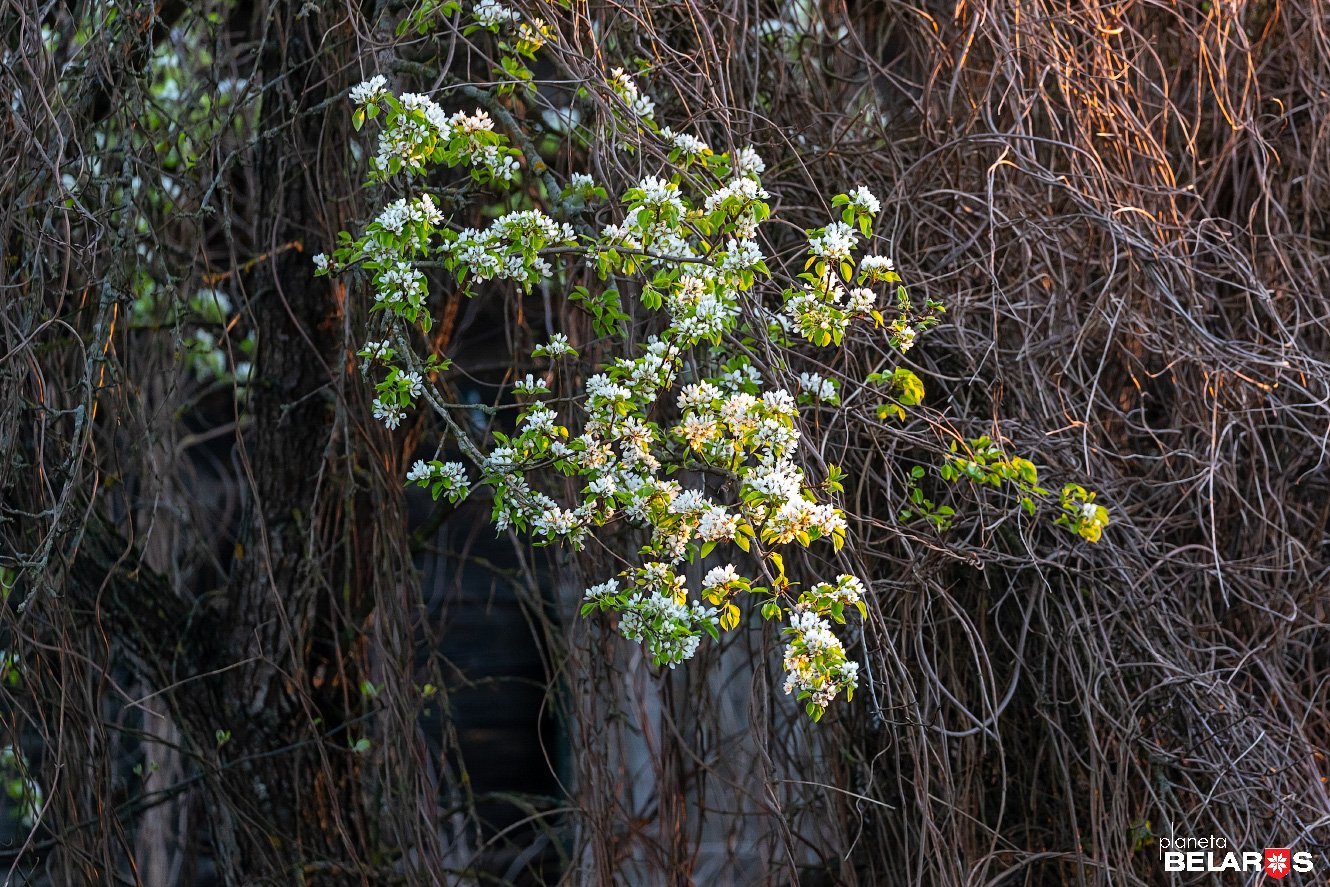 The house is completely covered with hops that have not yet bloomed. It will be necessary to come here in the fall. I think ripe pears on the background of hops will also look very exotic. 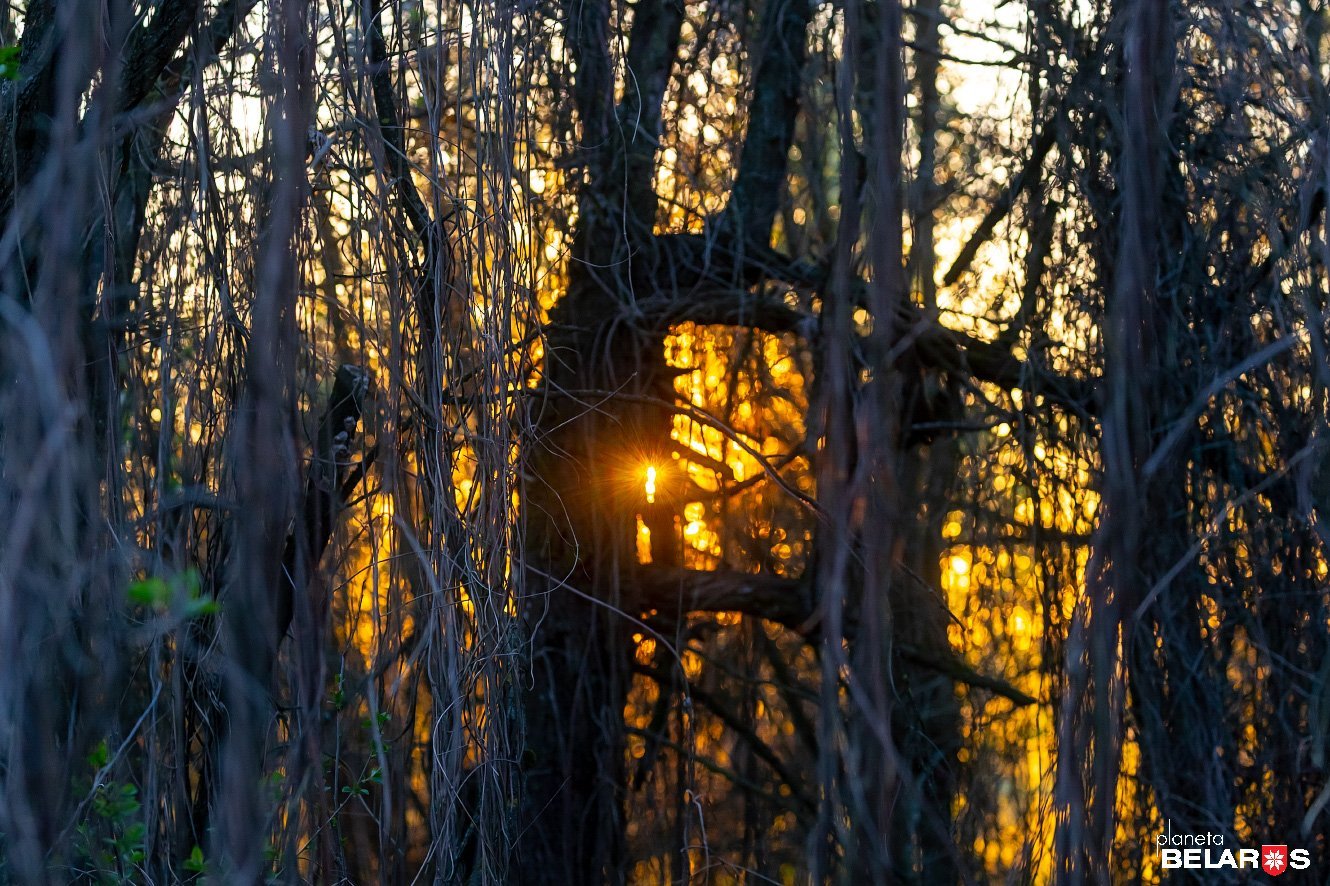 The same village of Babchin. The beams of setting sun are getting through the old apple orchard. 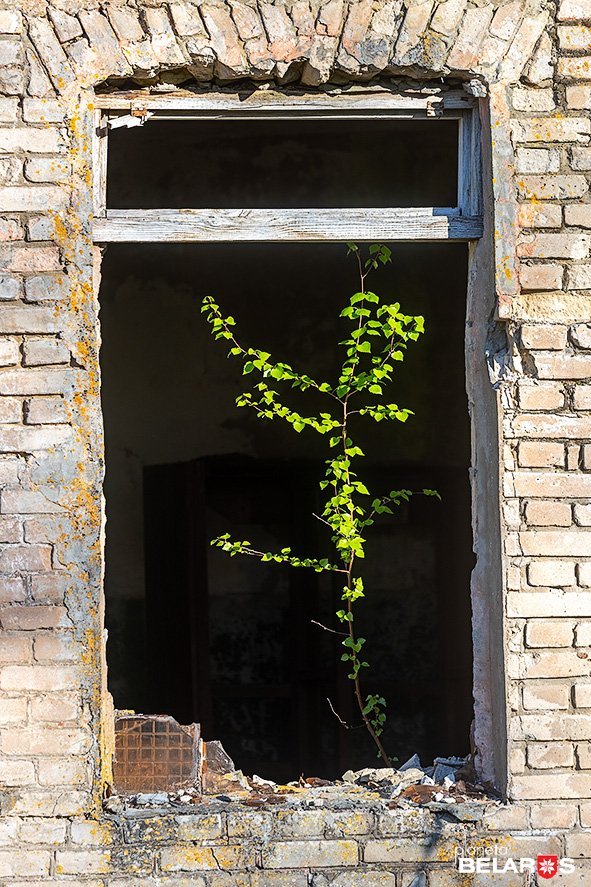 A birch tree is trying to grow on the windowsill in a former village sauna.

A little more of pears in the villages of the Khoinik district. Well, former villages… 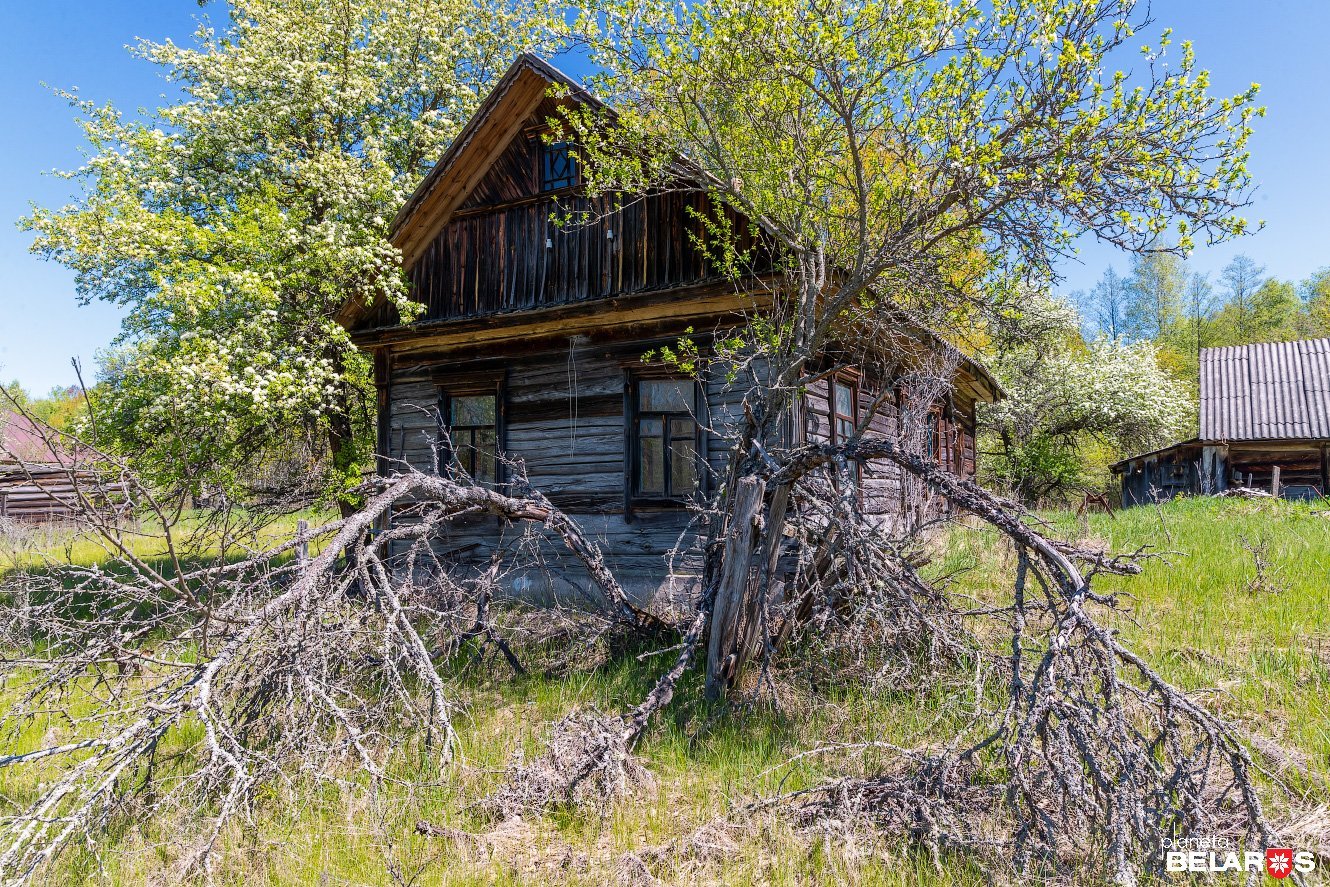 Interestingly, the abandoned pears behaved differently in different places. Somewhere they were just blooming, just like they had so many years ago. Somewhere, for the sake of survival, they had to stretch up to the sky. 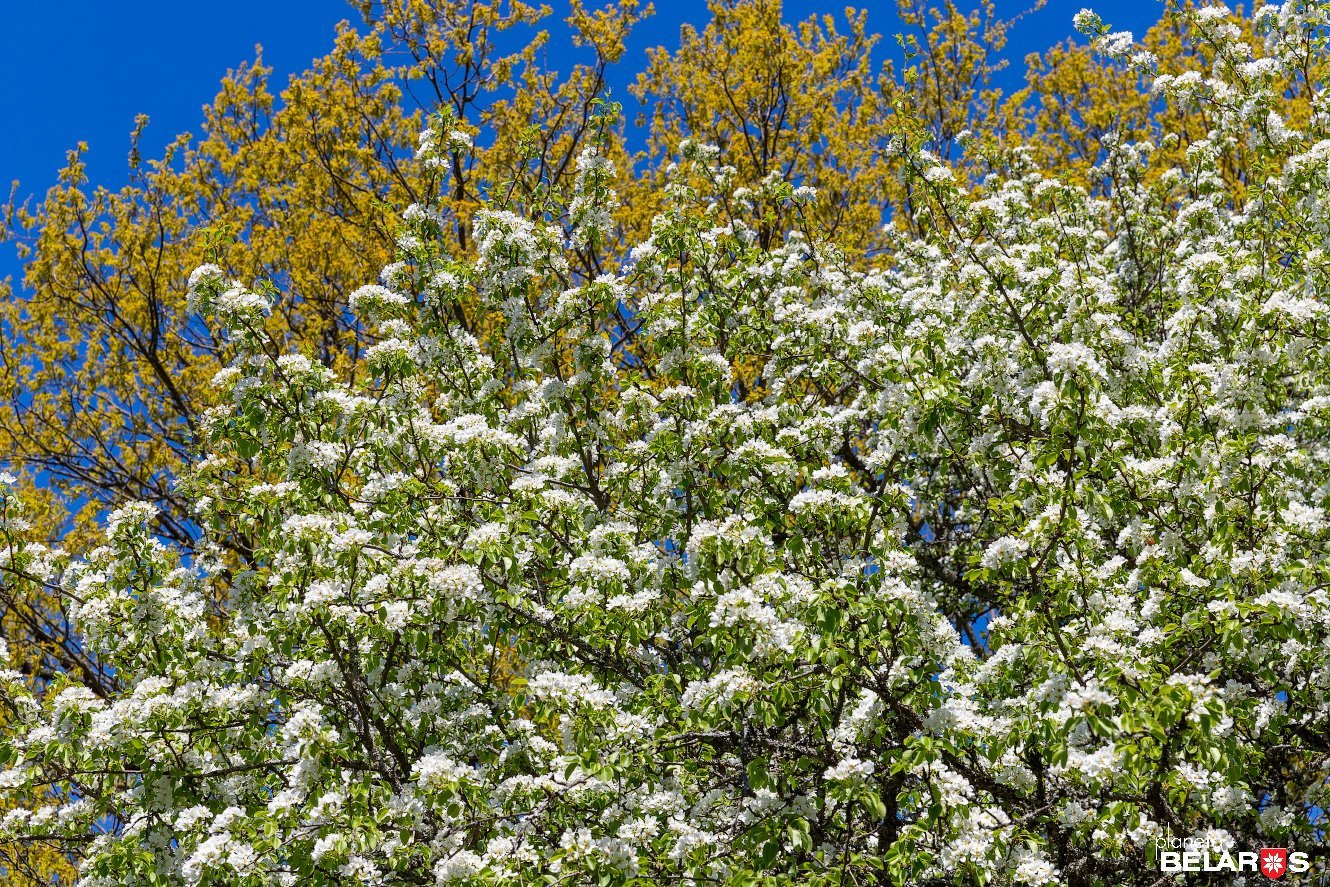 Orevichi village. A blooming pear tree against the top of an oak tree: I've never seen fruit trees growing that high. But what one will not do for the sake of survival! 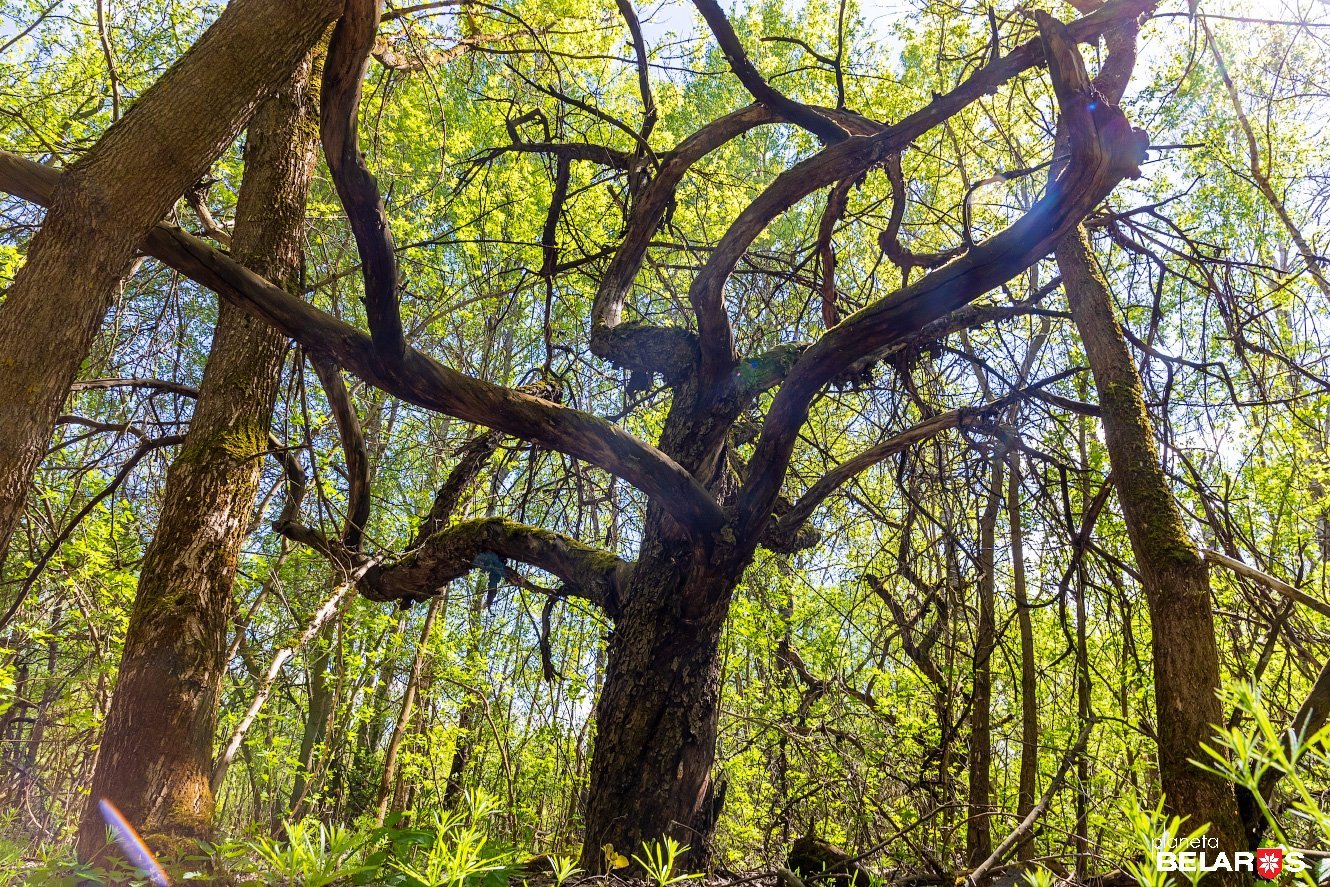 But any fight never guarantees absolute victory. This apple orchard in the Braginsky district had no chance to survive – the wild bush swallowed it up. 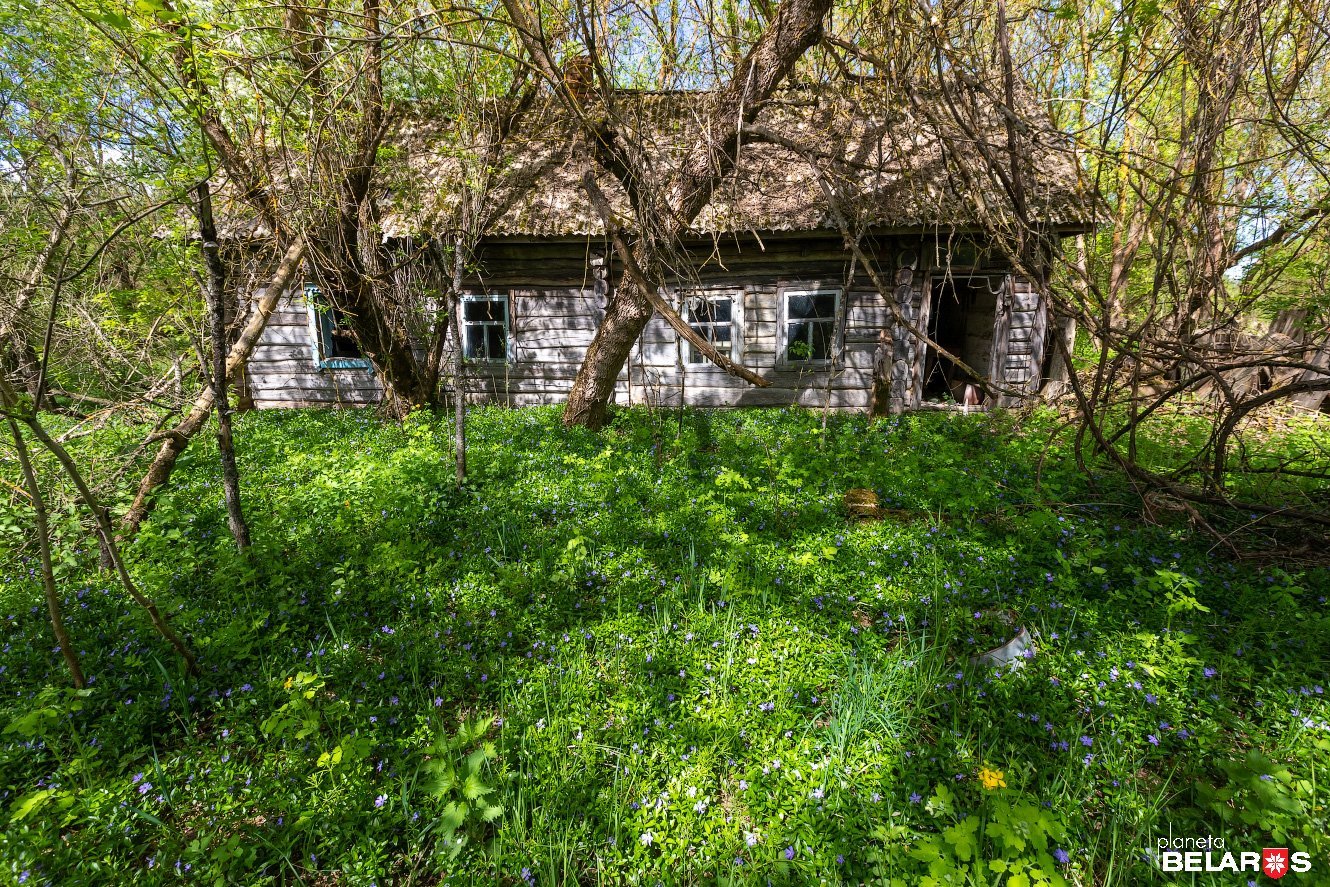 After driving through almost all the abandoned villages in the Braginsky and Khoiniksky districts, I concluded that the present and future of fruit trees depends on the land where they were lucky or unlucky to grow. The richer the land, the better they feel. 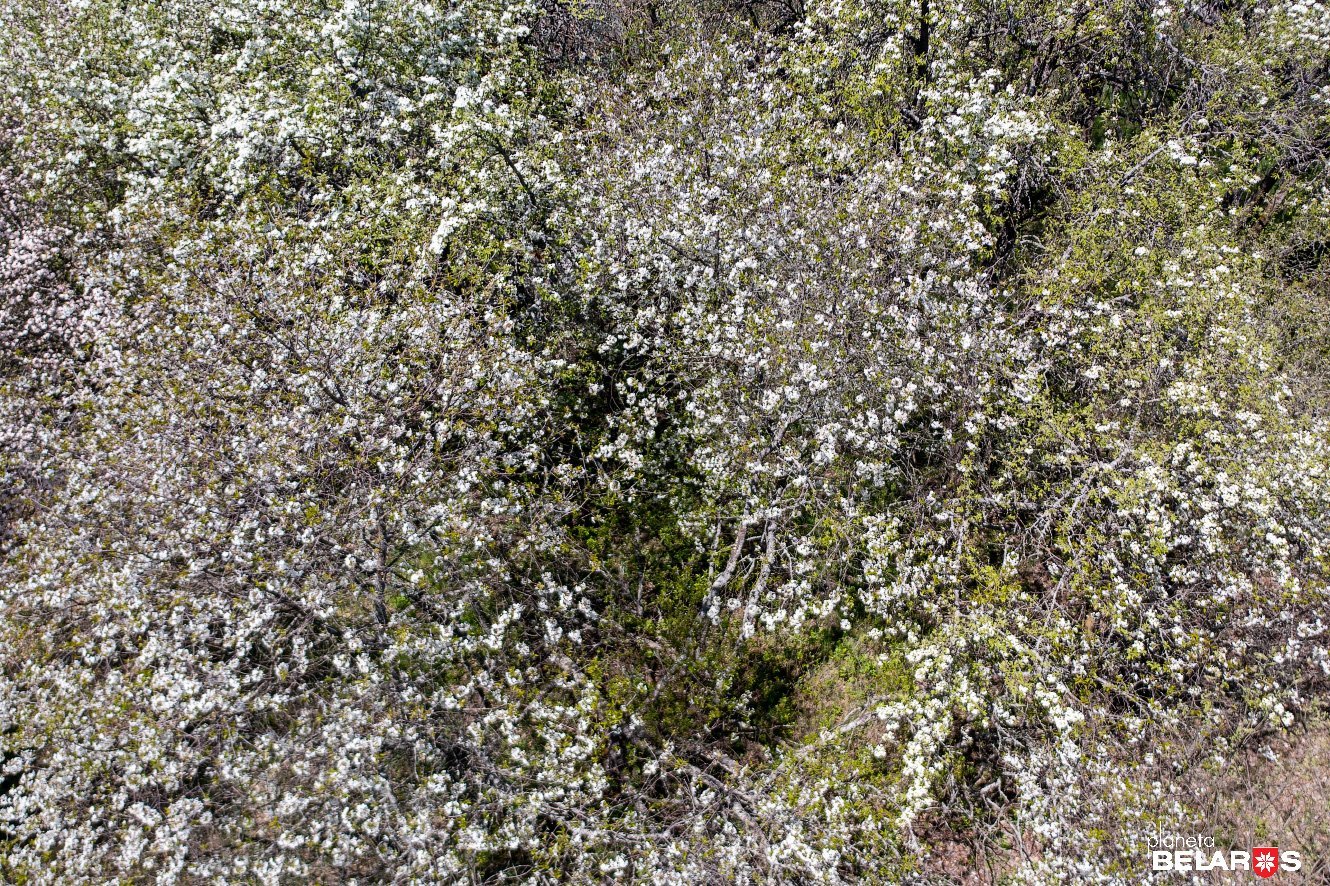 Here is a plantation of plums and pears in the village of Orevichi. You can't even see the houses because of them! 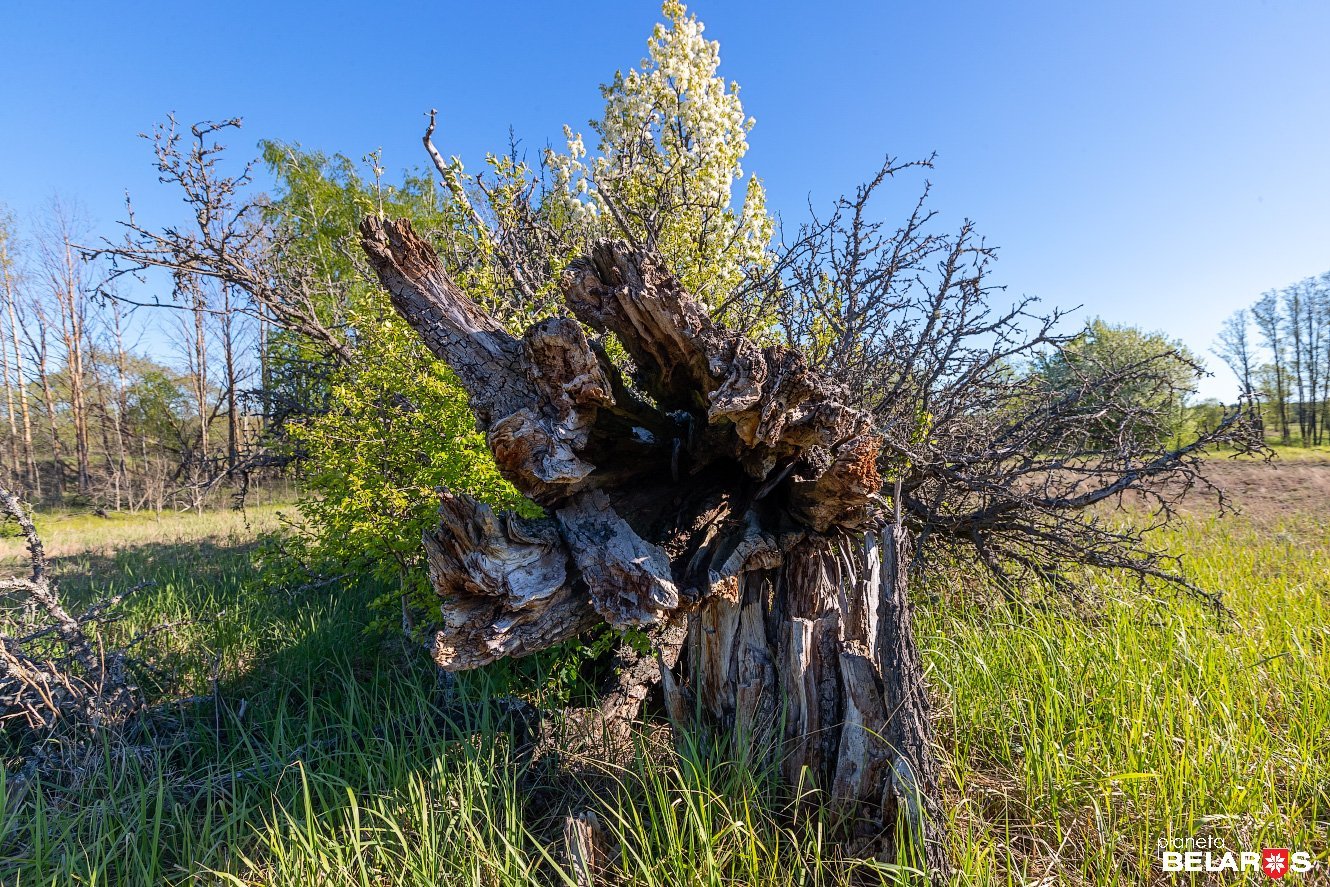 And this is a fallen old pear tree near the village of Krasnoselye. 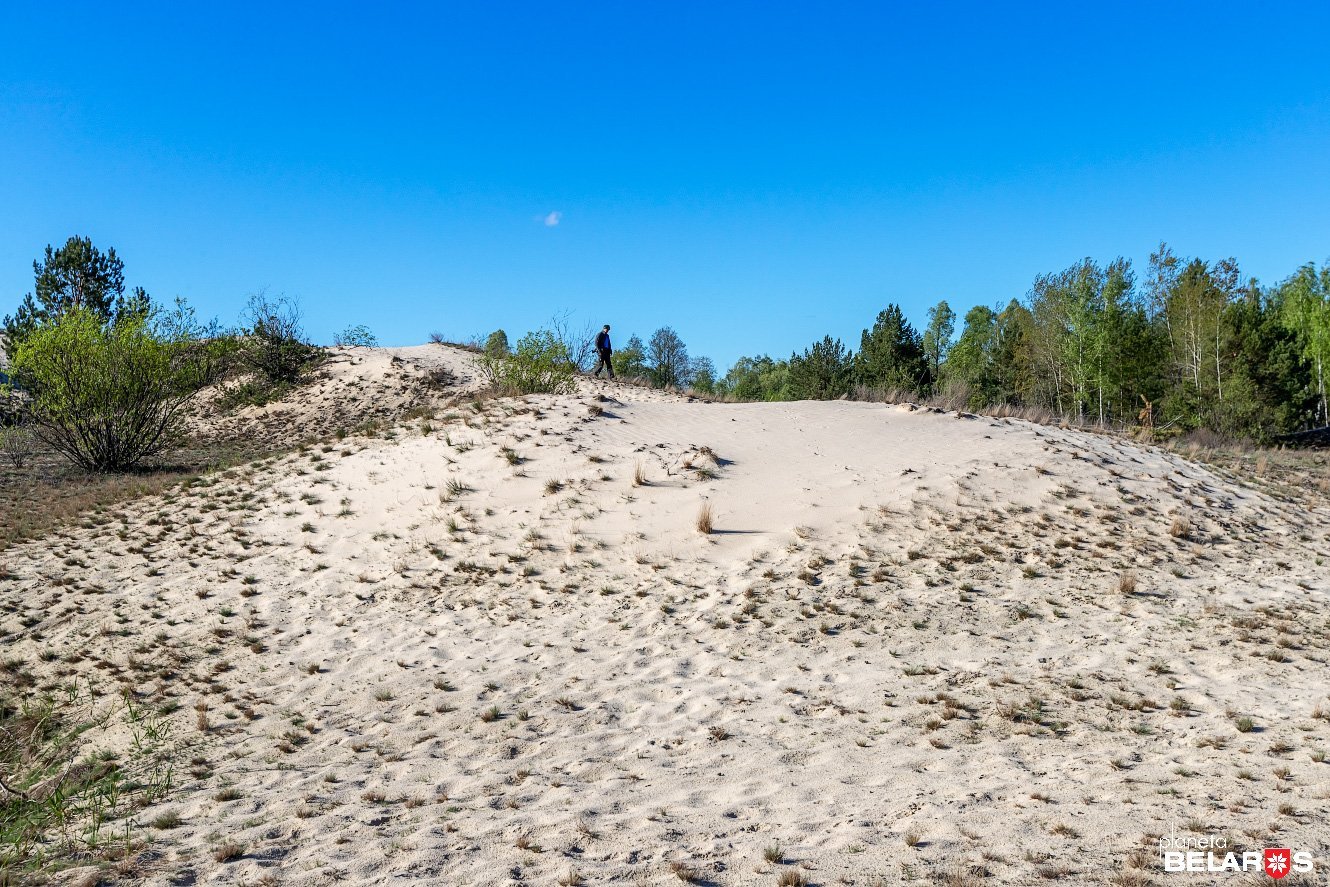 It is located fifty meters from the real sand dunes. It is clear that little will grow on such land. 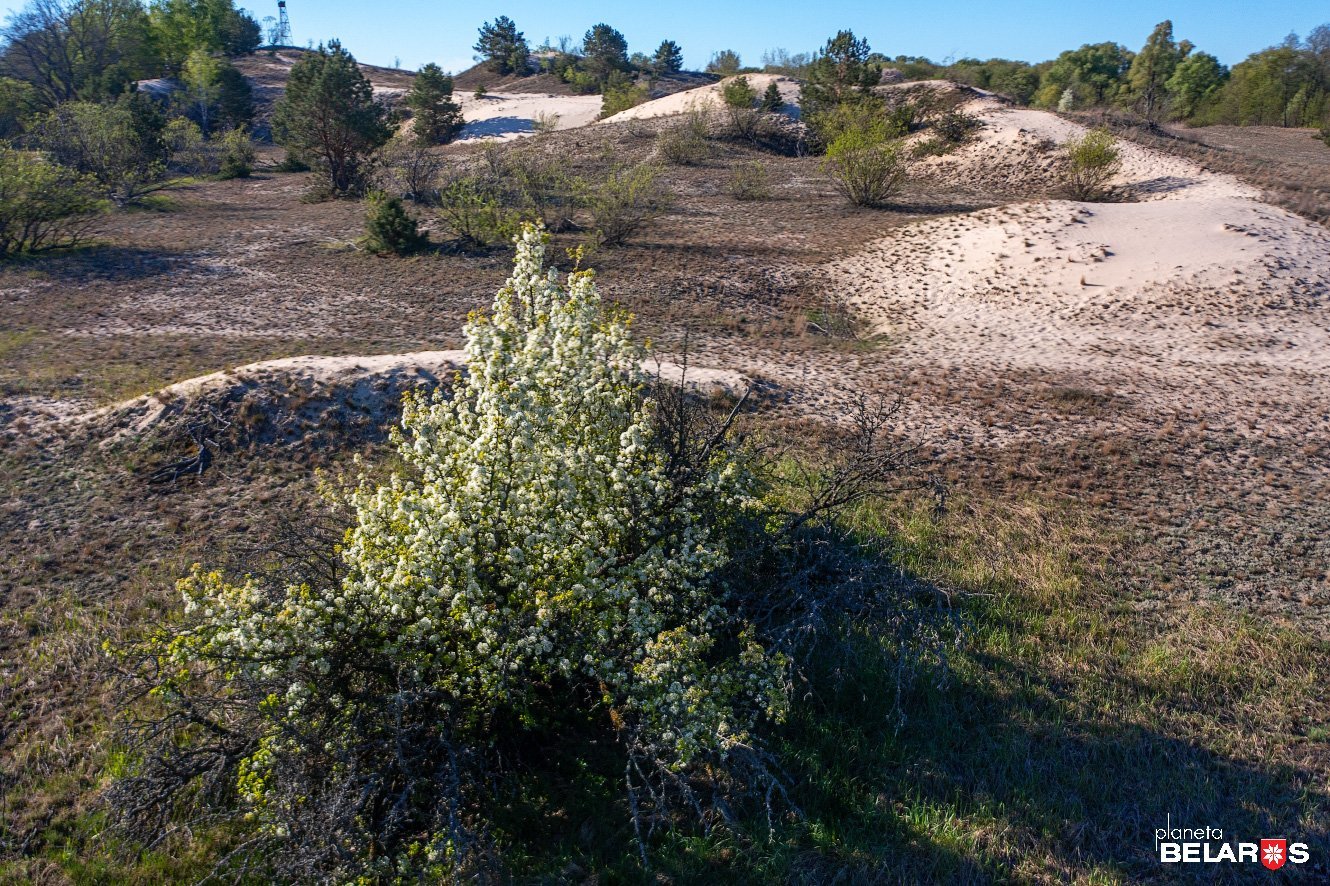 It is not only the land and the amount of moisture that affects the future of trees. 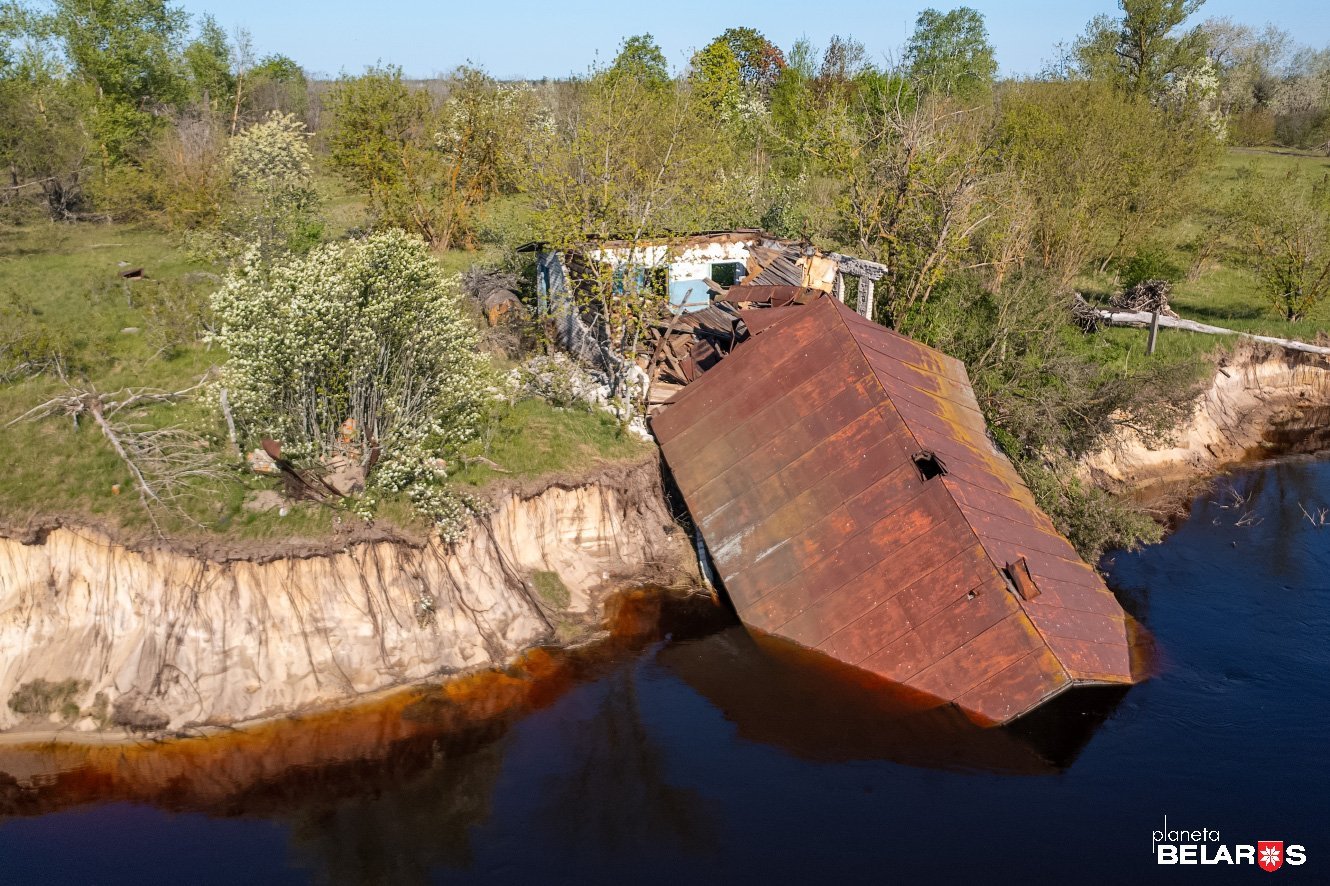 Here is a house in the former village of Tulgovichi, which fell into the Pripyat River. Last year when I photographed it, it was standing on the very shore. During the year, the river has "eaten" a part of the high bank and destroyed not only the foundation, but all the neighboring plants. 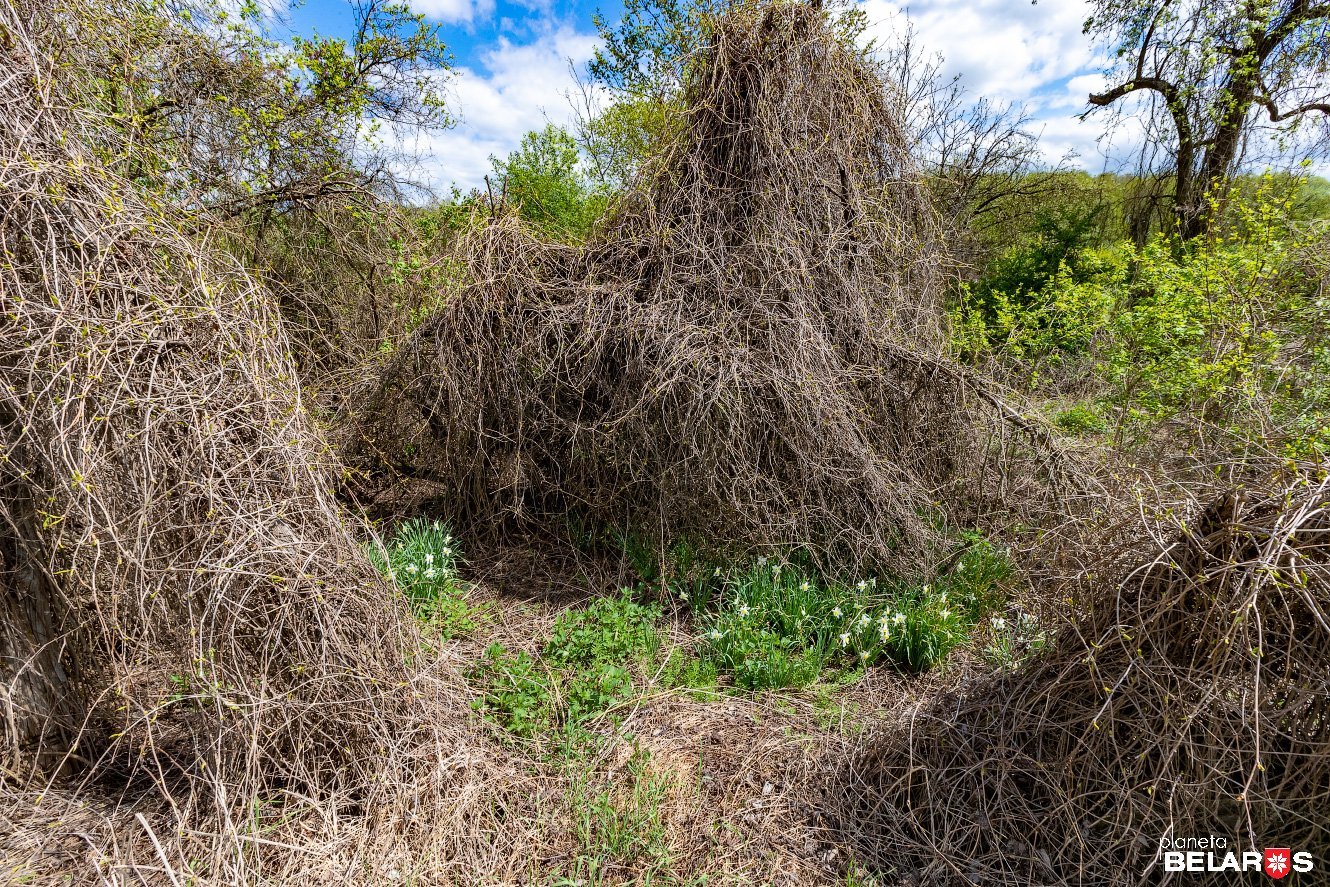 During the last trip, we managed to photograph not so many preserved flowers. 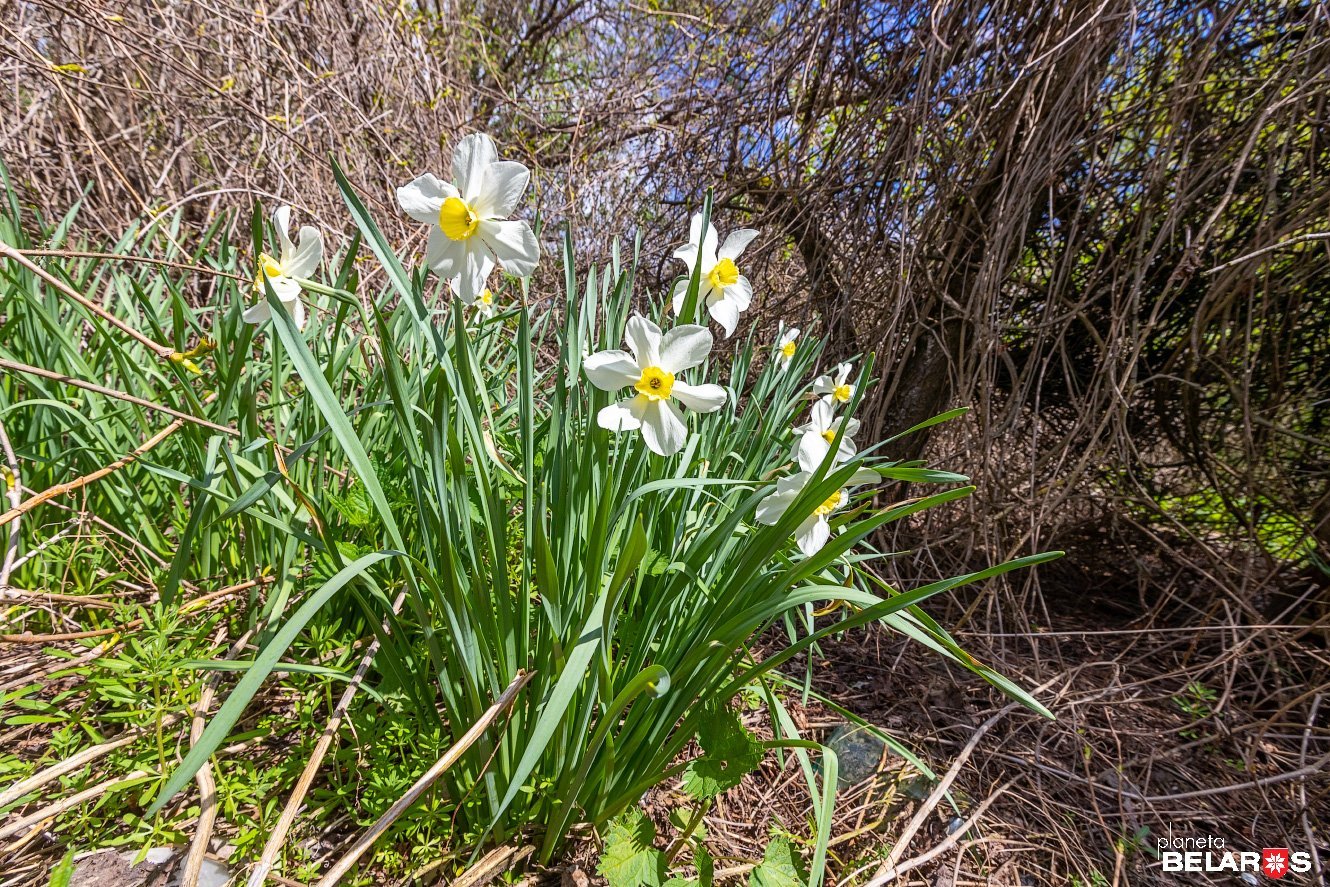 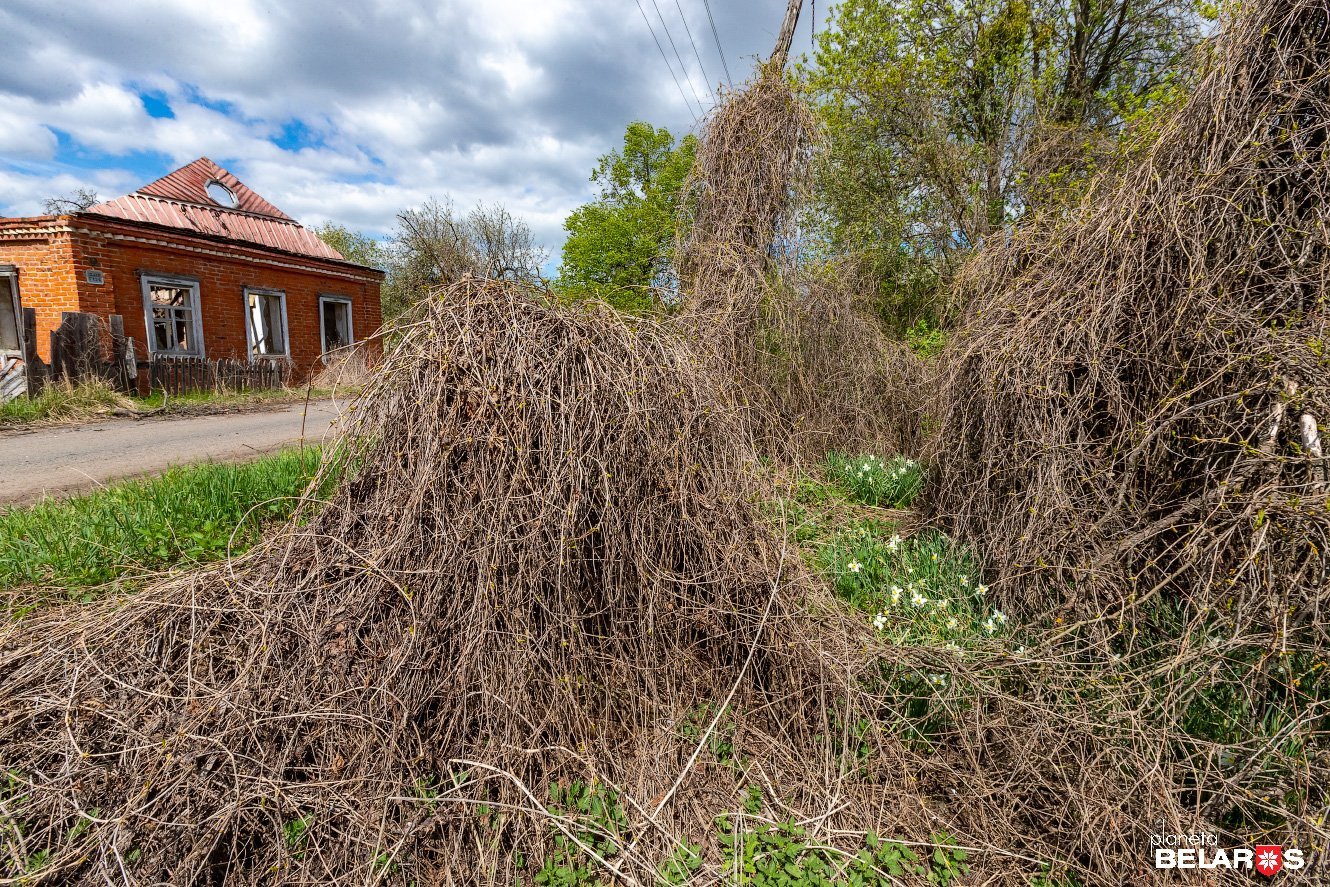 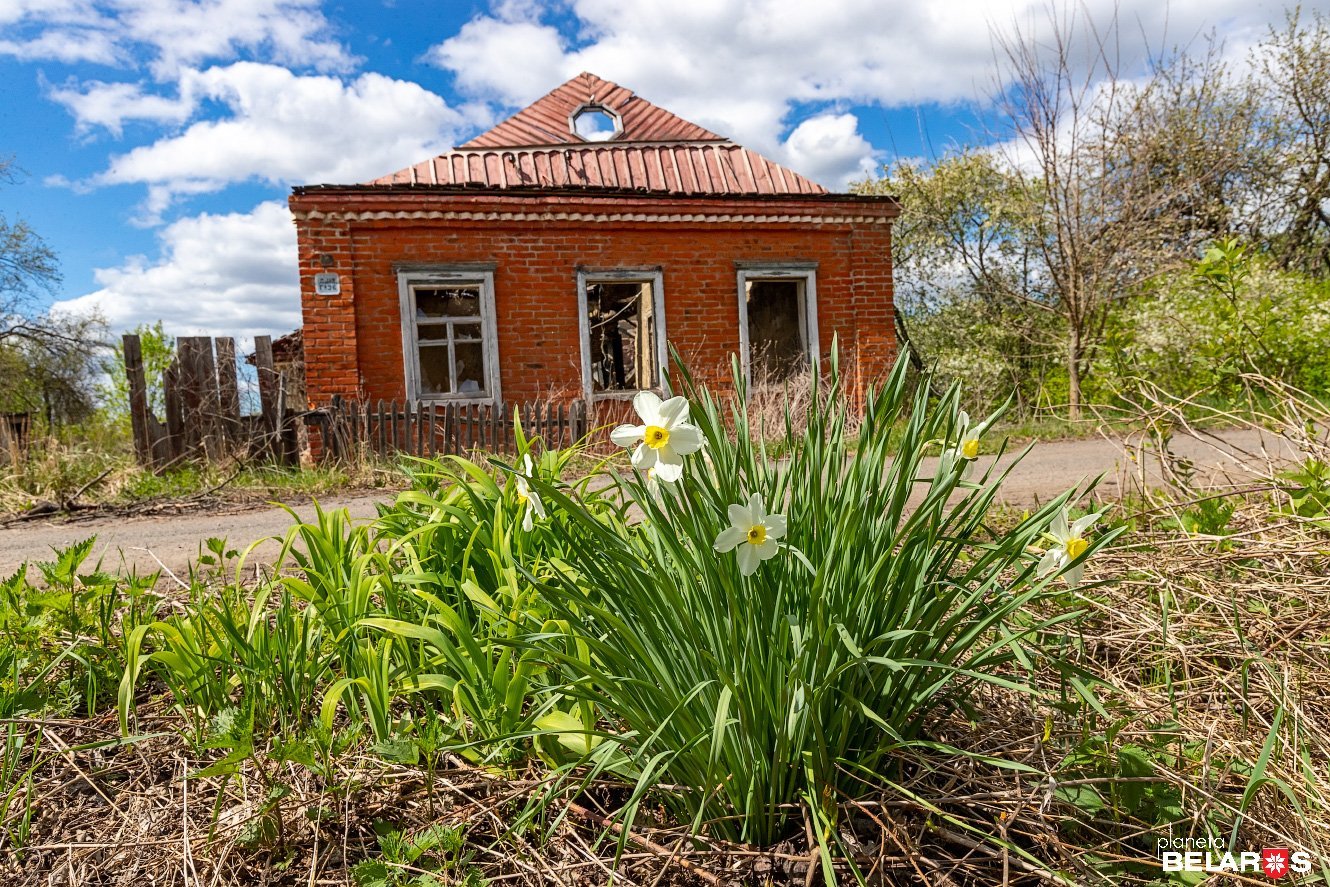 But never with blooming daffodils!

At the end of the material, I will share pictures of flowers taken in previous years. 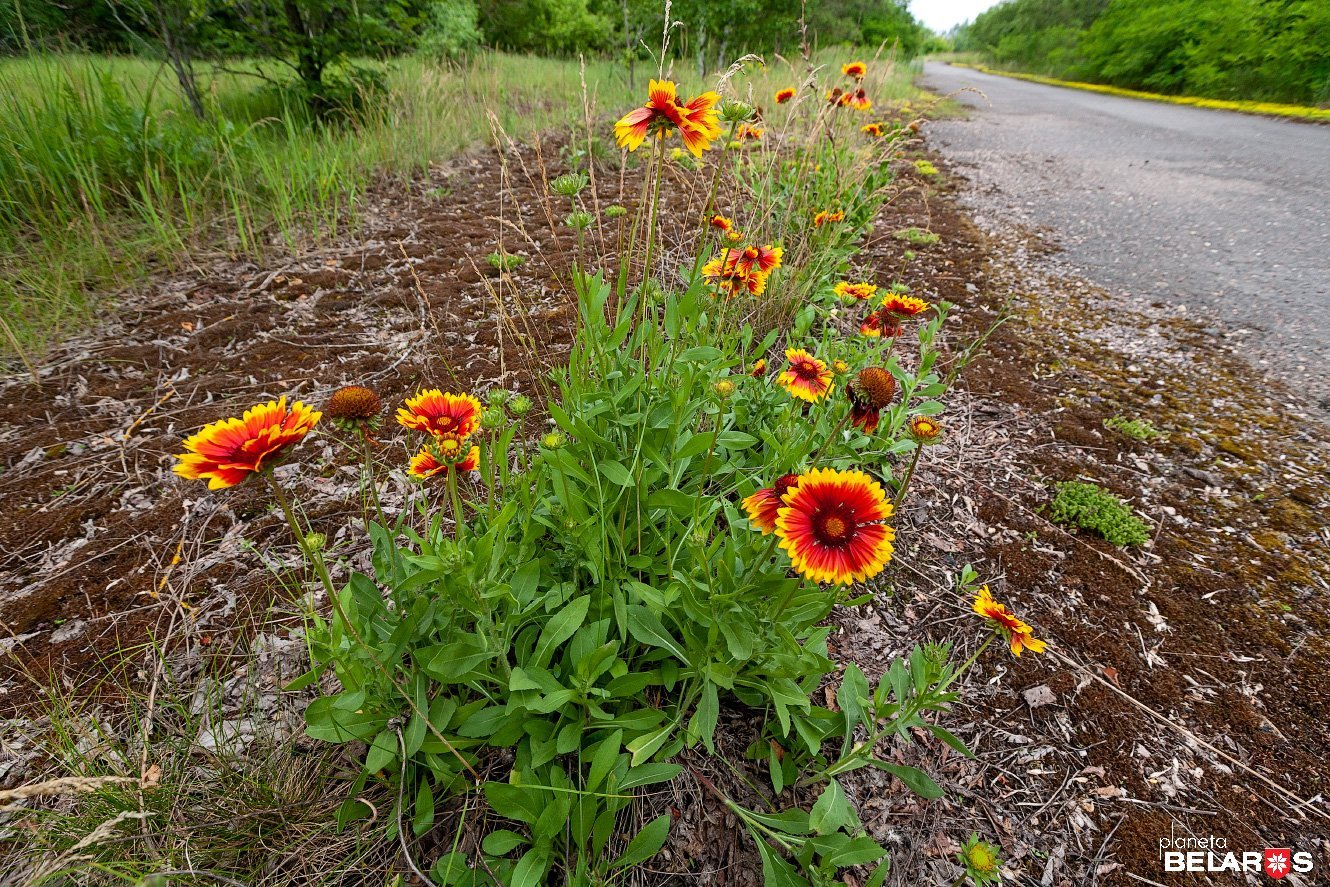 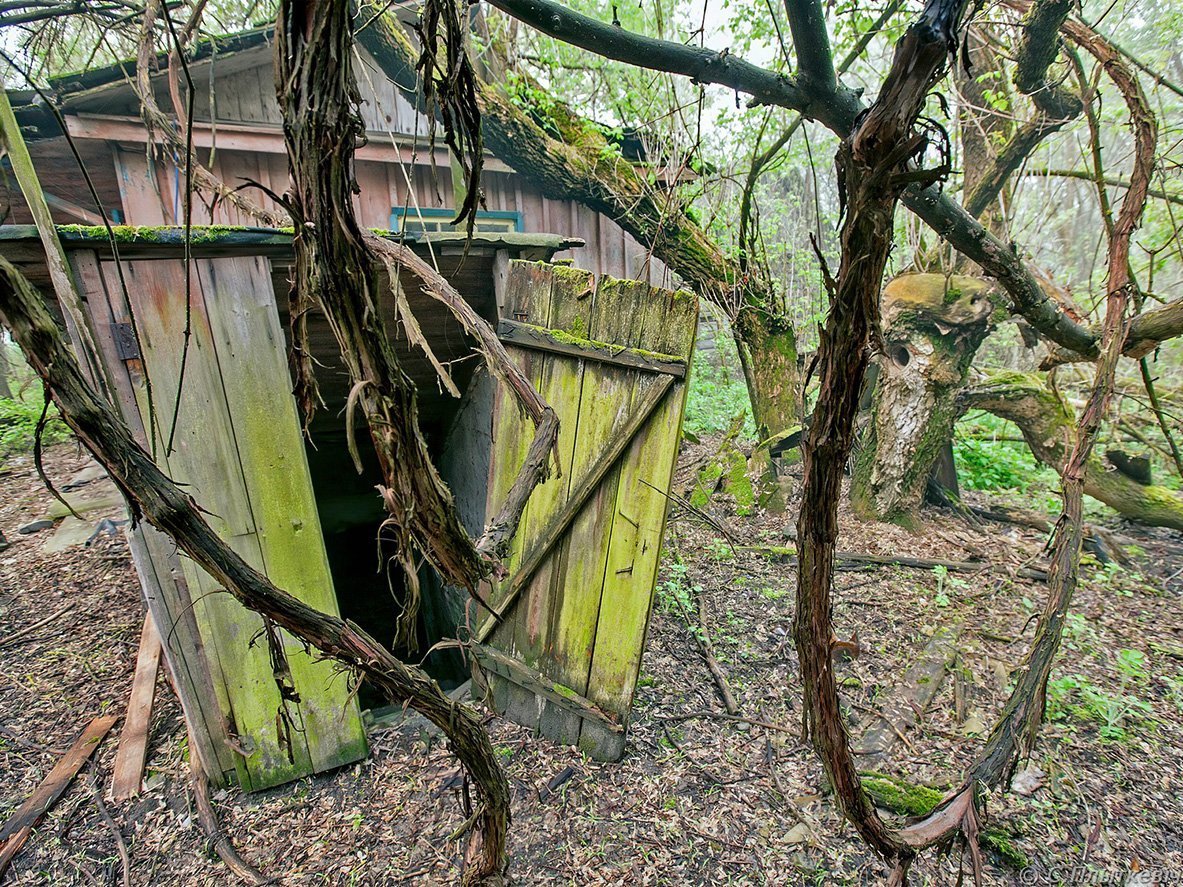 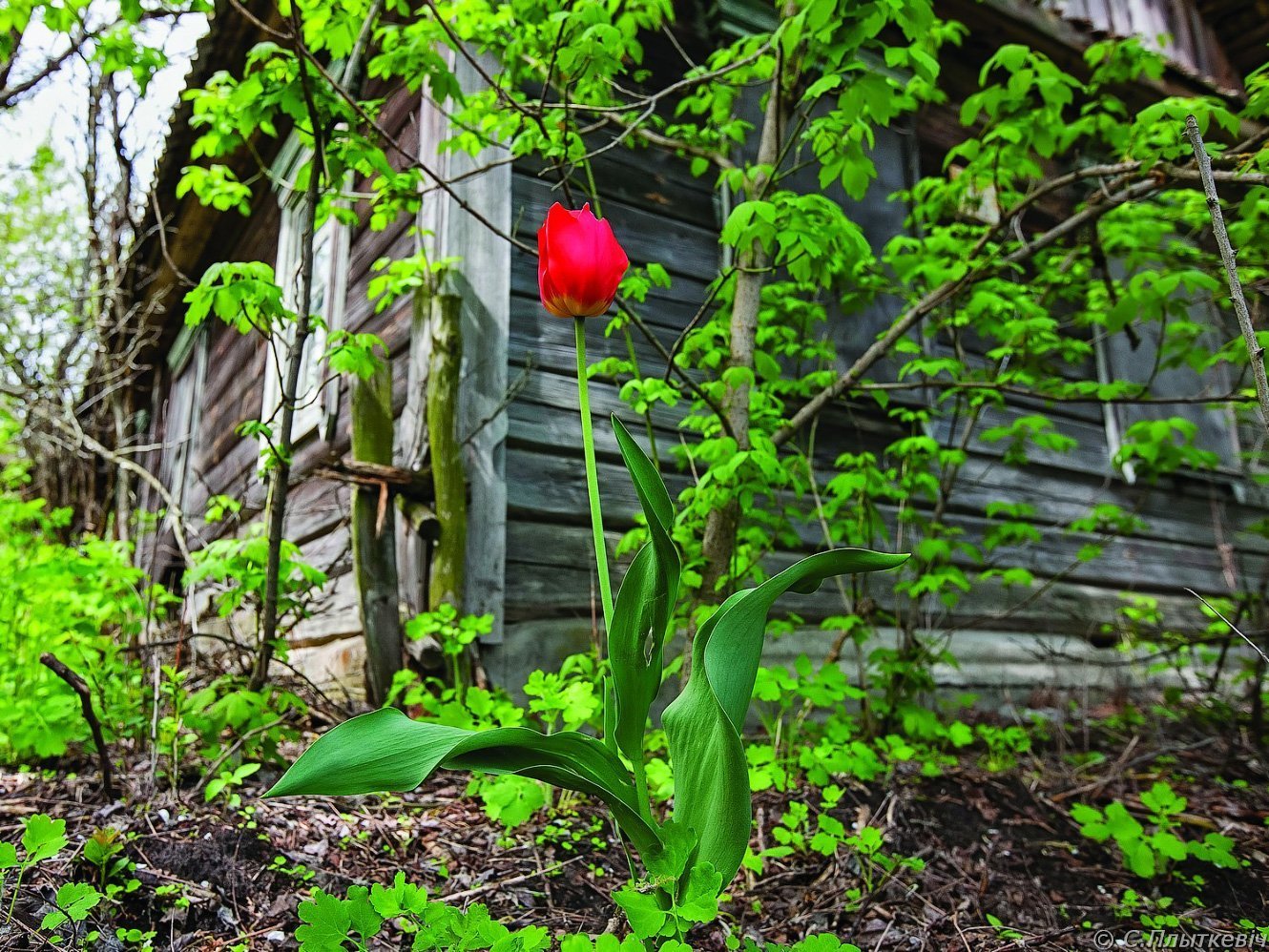 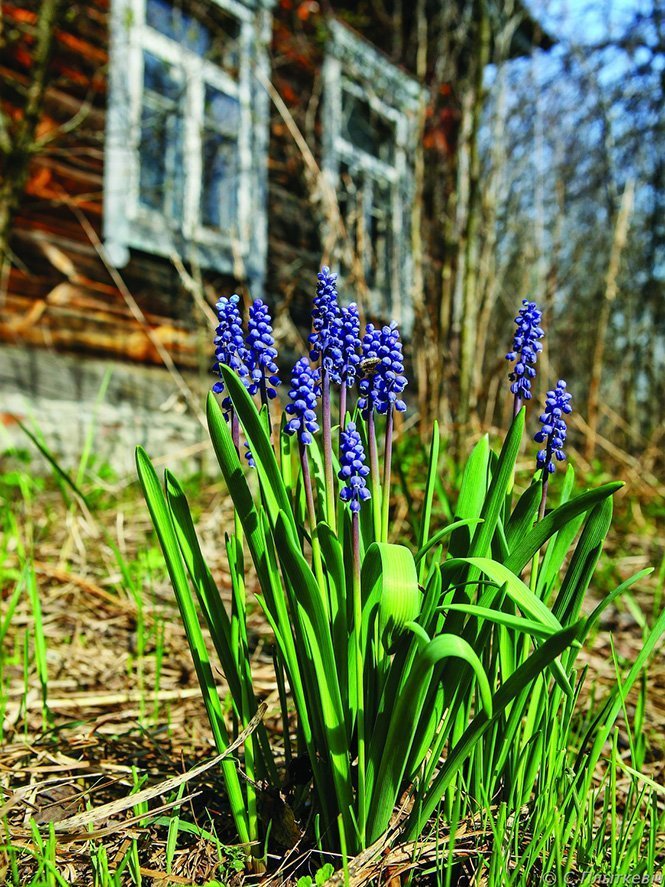 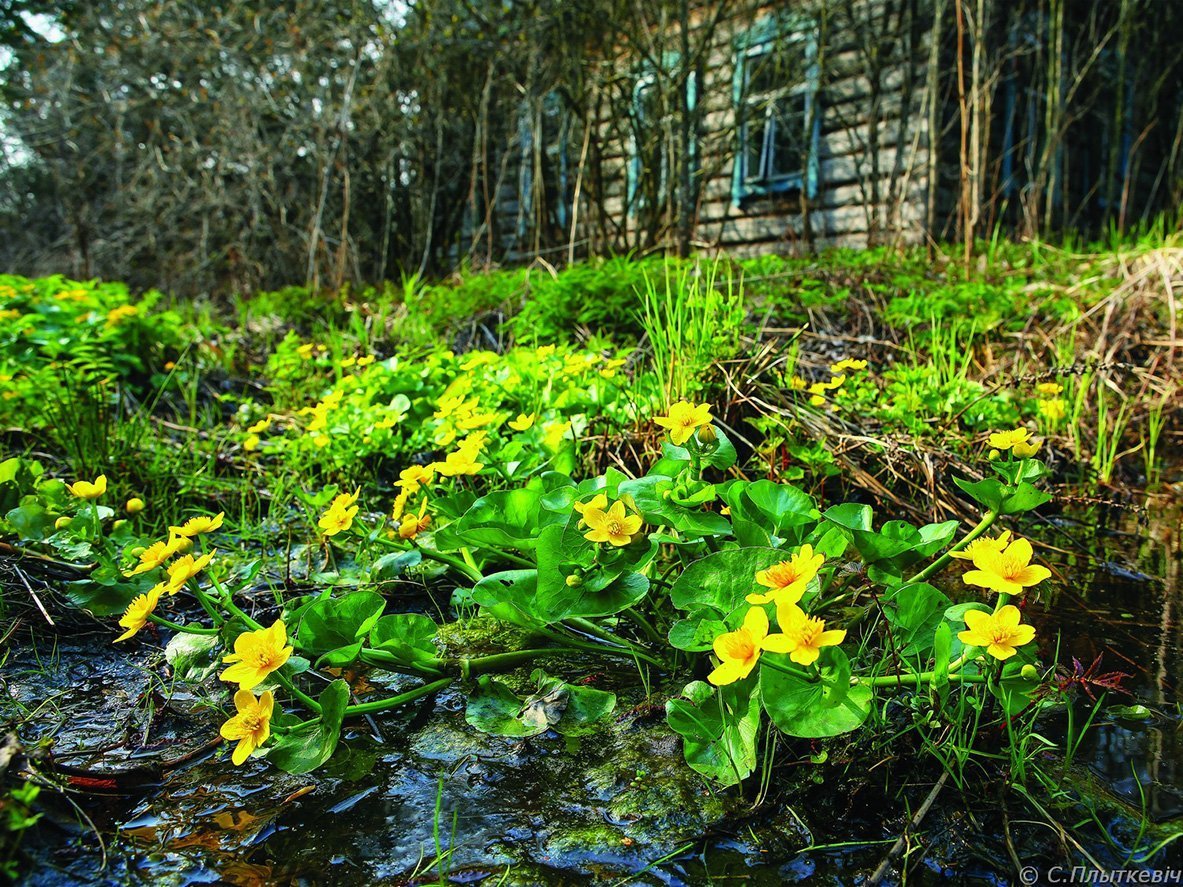 In place of the vegetable garden, a small swamp had formed. Same Uoly. 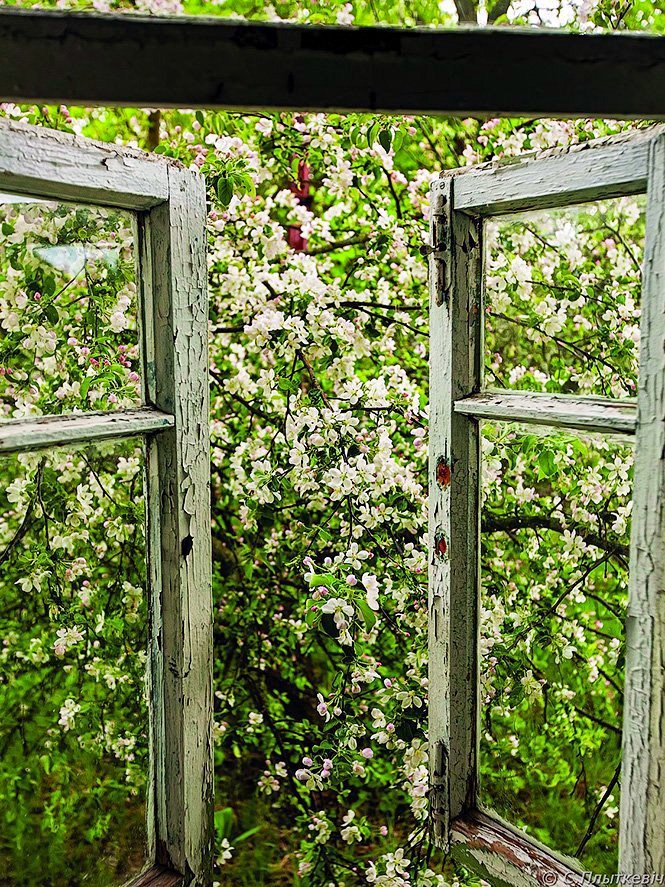 Let's finish the photo report with a window to the Chernobyl world.

I hope that next year I will make more symbolic shots…

P.S. The author expresses gratitude to the Deputy director for scientific work of the Polessky State Radiation and Ecological Reserve Maxim Kudin for his kind help in organizing photography and to the photographer Sergey Miroshnikov for the good company.

Rare birds of April 2021 In the past month (Aptil 2021) a number of interesting observations were made.