In the Turov district: how they celebrate the Victory Day of the 9-th of May in Poliesie

Yesterday my seven-day expedition on the floodplain of the Pripyat River ended up. I tried to combine the pleasant with the useful in it: there were negotiations with potential partners, photo sessions, water excursions on the old river beds and to the floodplain oak forests, rafting down the tributaries of Pripyat, meeting classmates in our native village, and much more.

I decided to share my photo impressions. I hope that my view of Polesie will be interesting to readers. 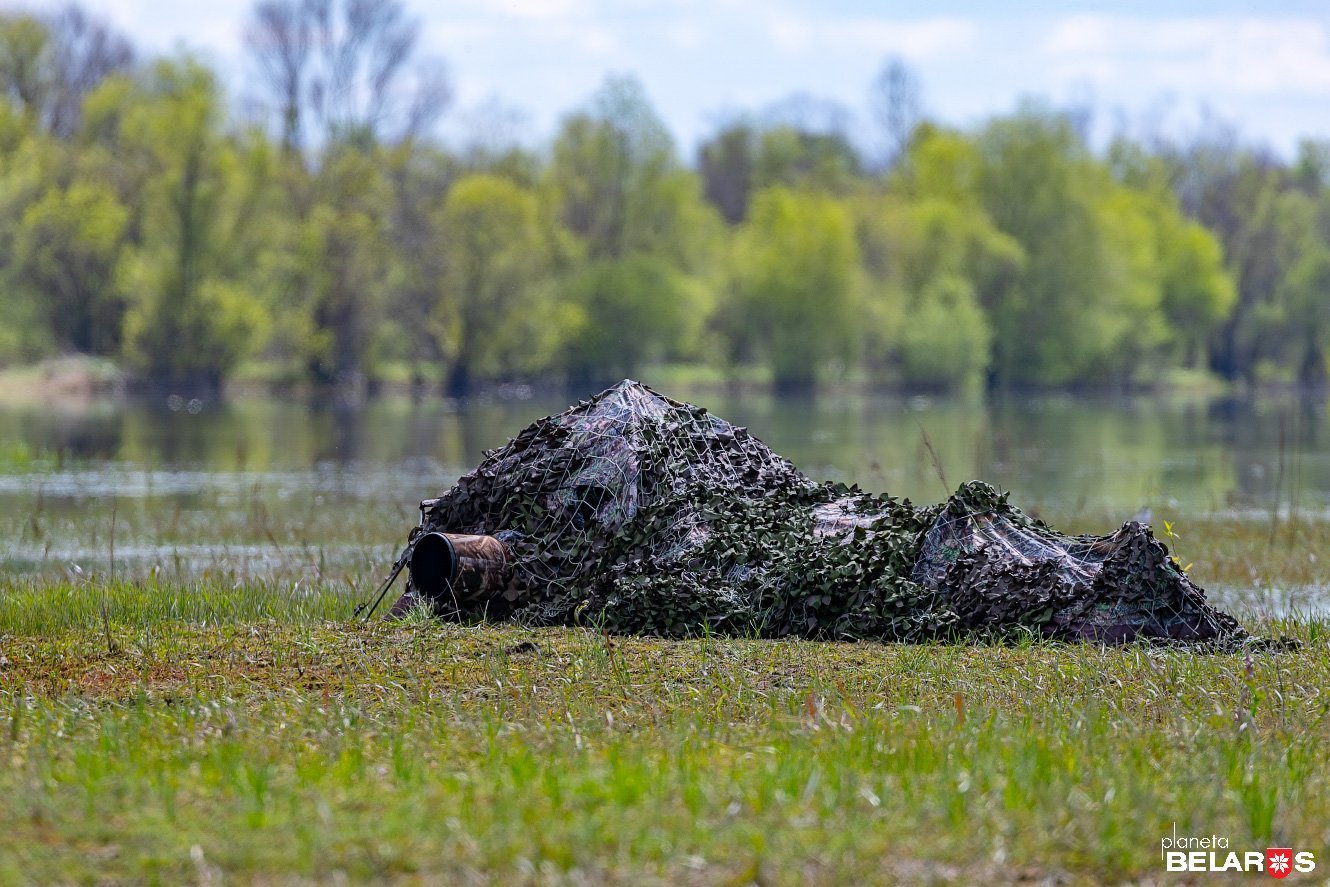 Here in such a tent my Lithuanian friend Zhimantas Morkvenas spent the night on the 09 May. (09 of May is the day when the Victory of the Soviet Union in the WW II is celebrated.) We were planning to take photos of fighting ruffs (Calidris pugnax), and Zhimantas had decided that he would have a better chance if the shelter stays all night on this spot, and the birds would get used to it. I spent the night in a hotel and made my tent a little later, when I was transferred to the island by kayak. 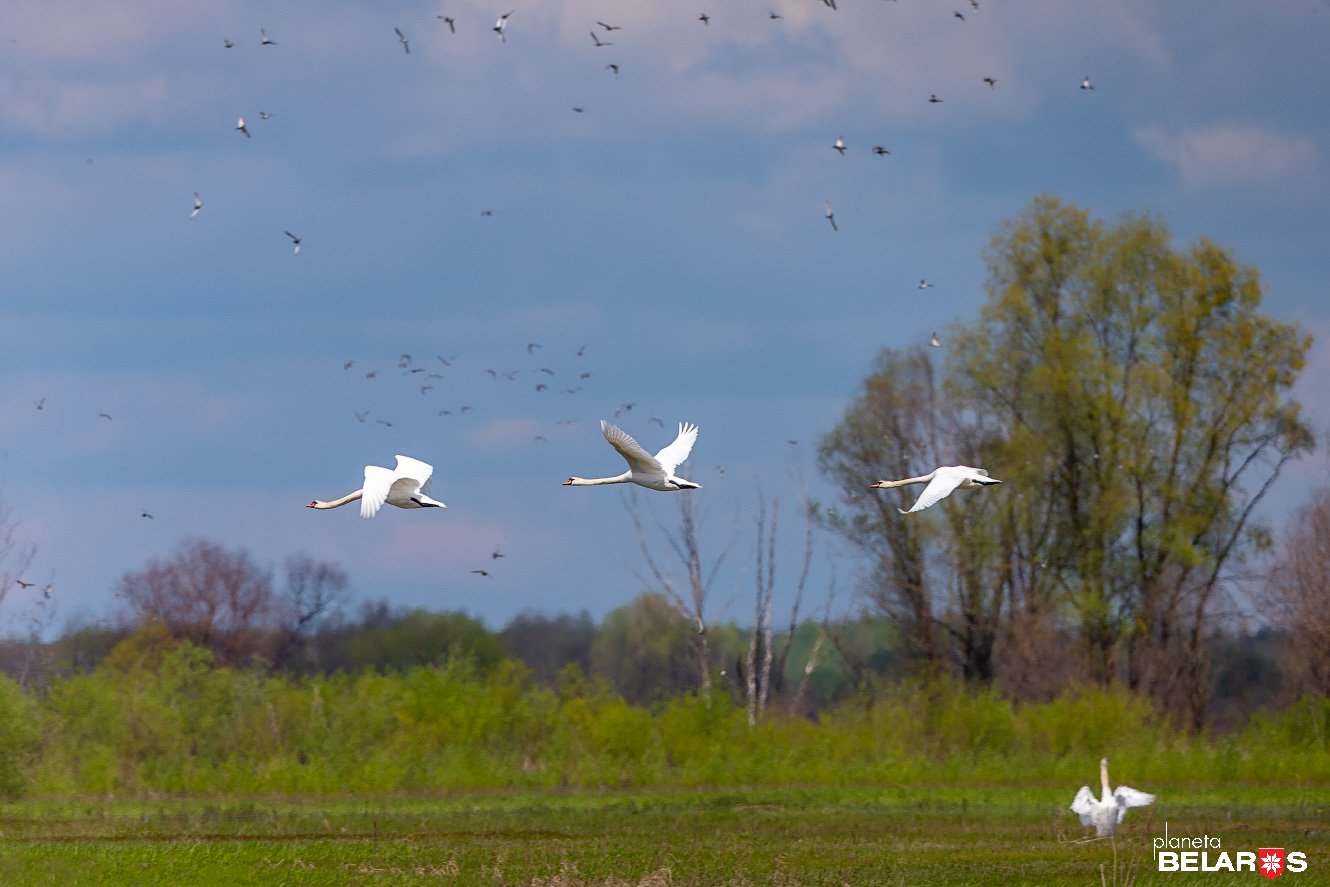 Here and there birds were flying over the Turov meadow, but there were no flocks of ruffs. 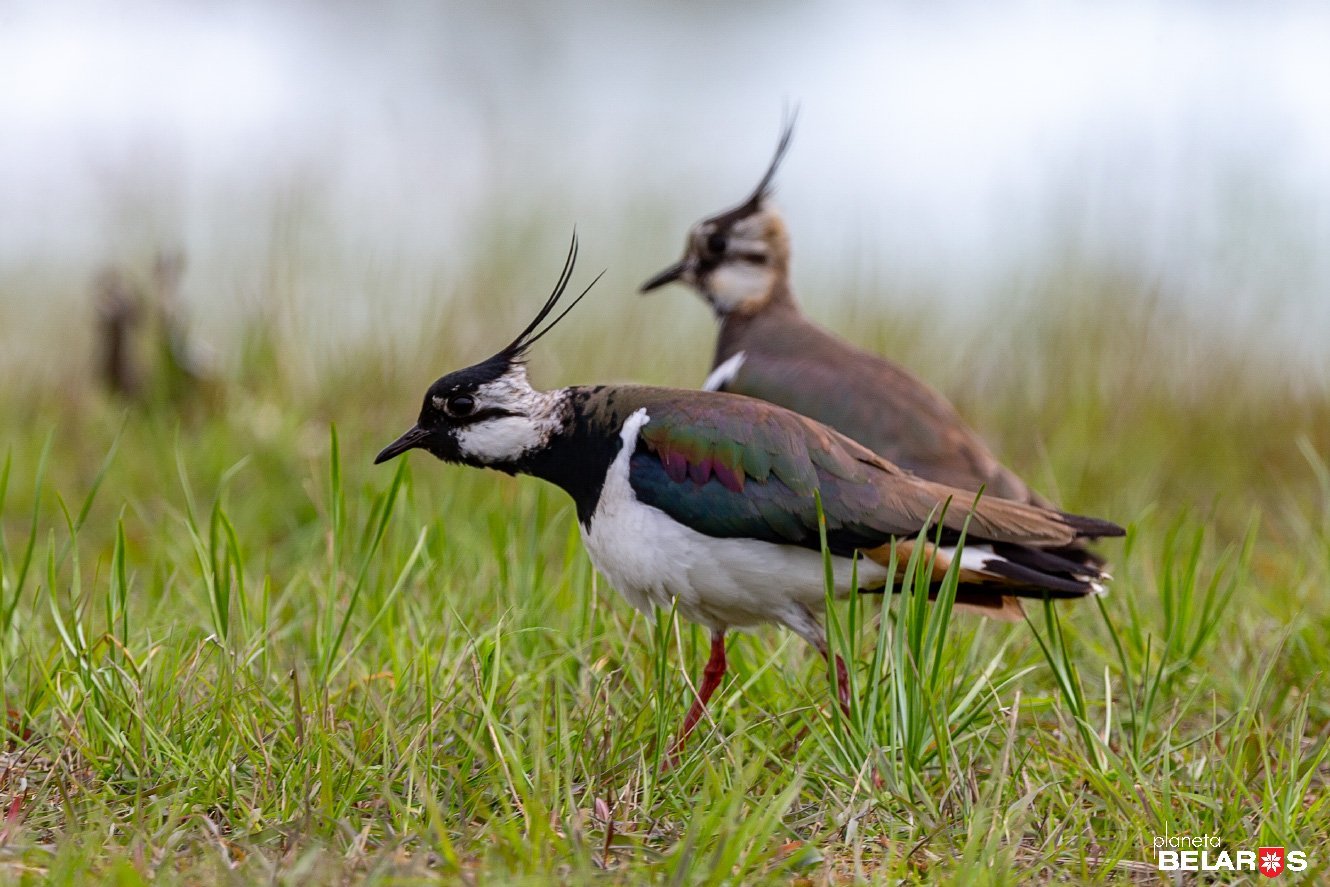 While waiting for them, you could take pictures of northern lapwings (Vanellus vanellus) and common terns (Sterna hirundo). 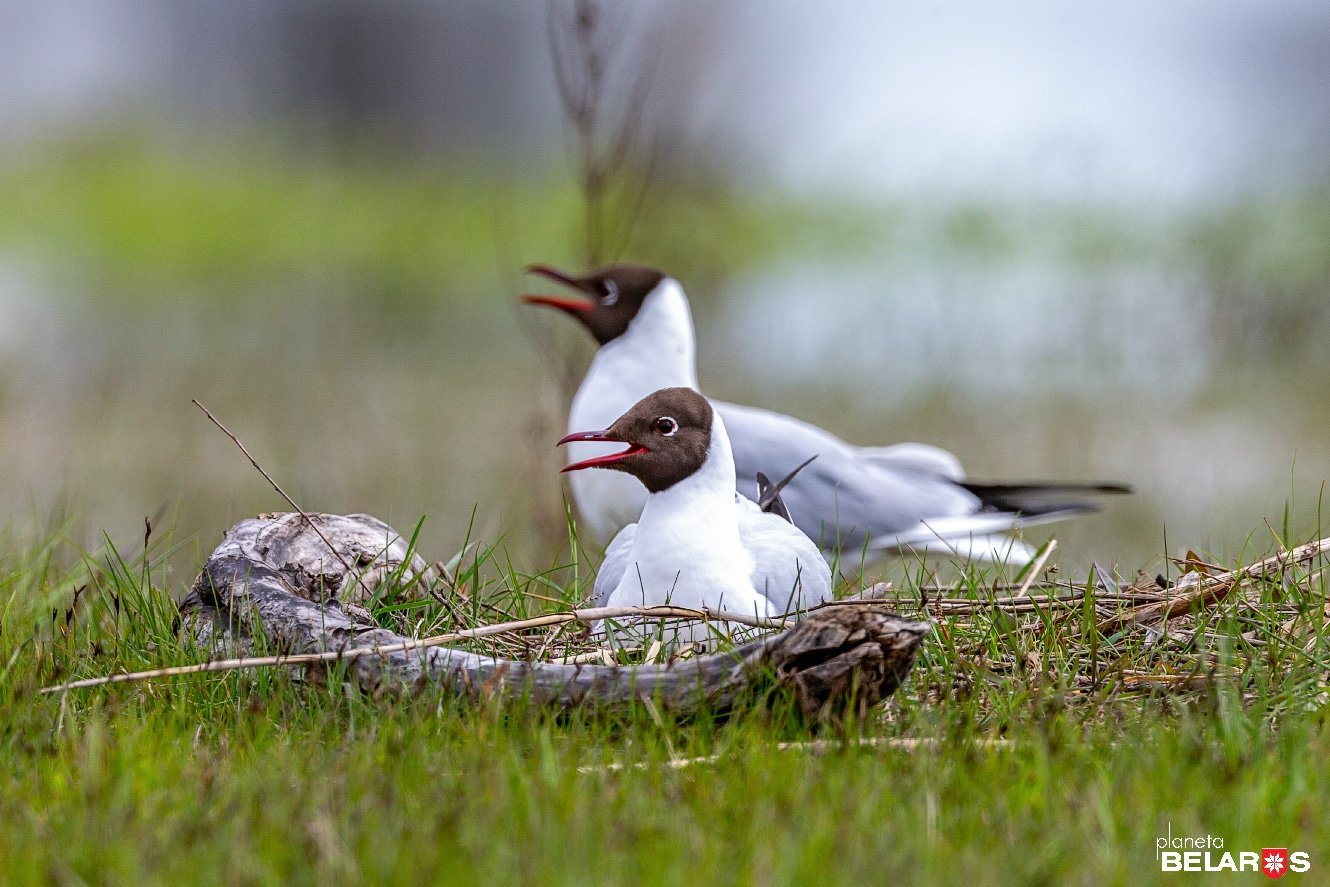 The birds reacted violently to the passing relatives. 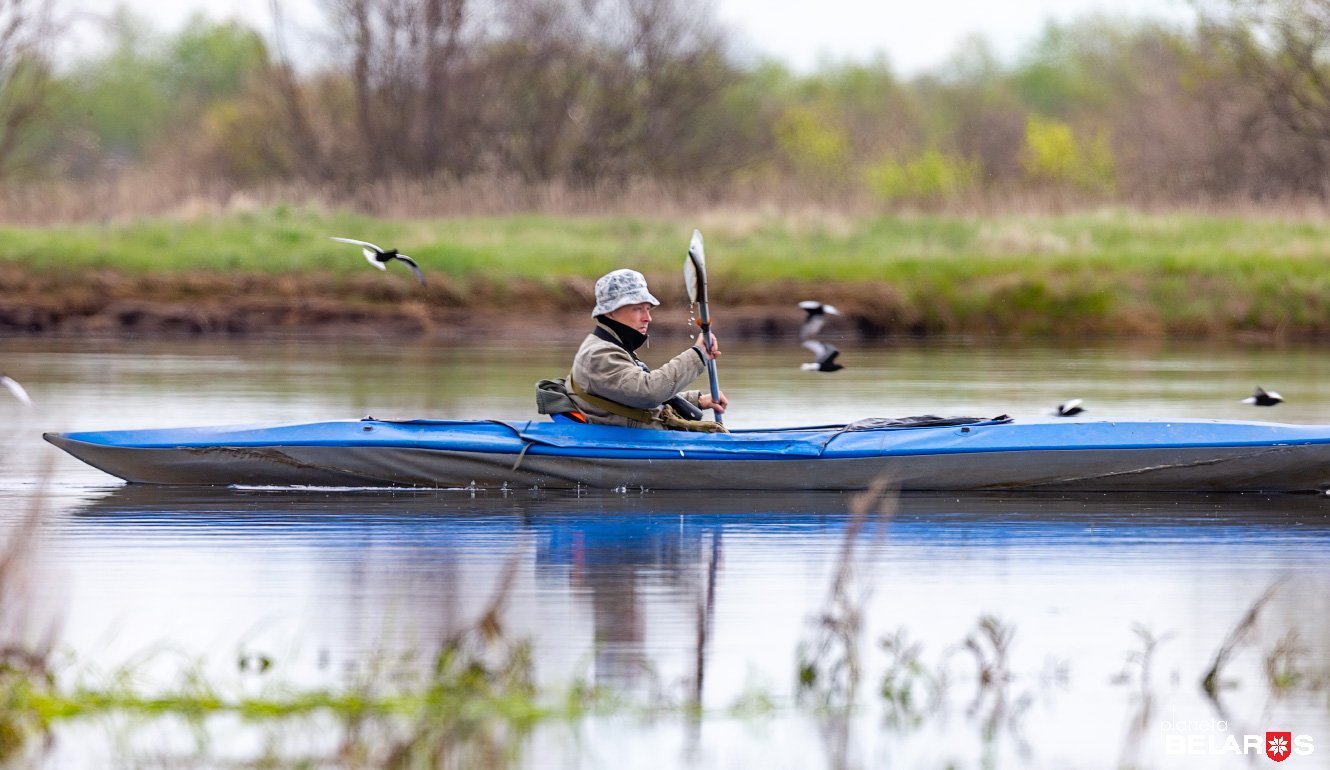 Ornithologists were doing their work, while tourists were passing by. 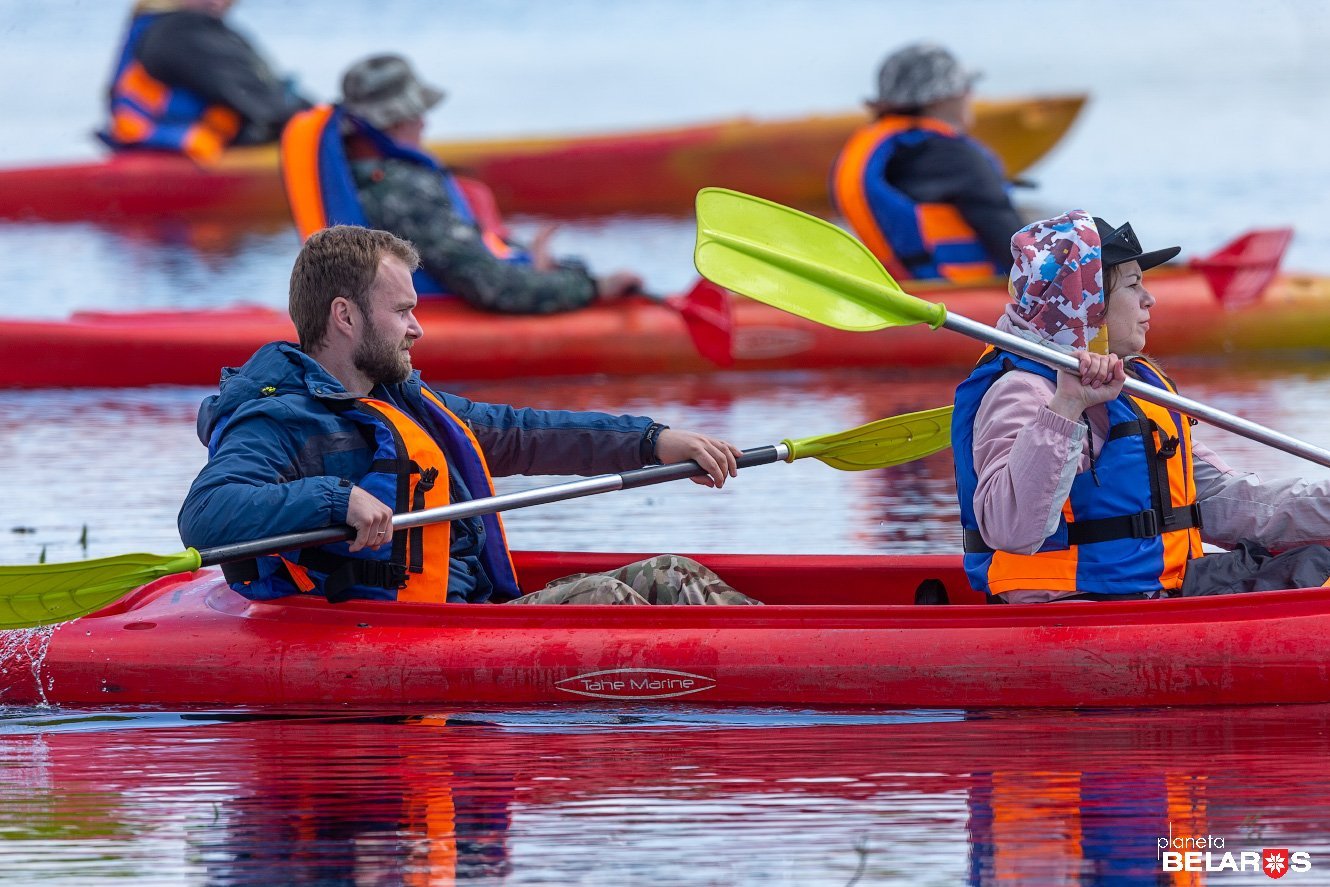 The war songs were heard over the loudspeakers from ancient the ancient town of Turov. 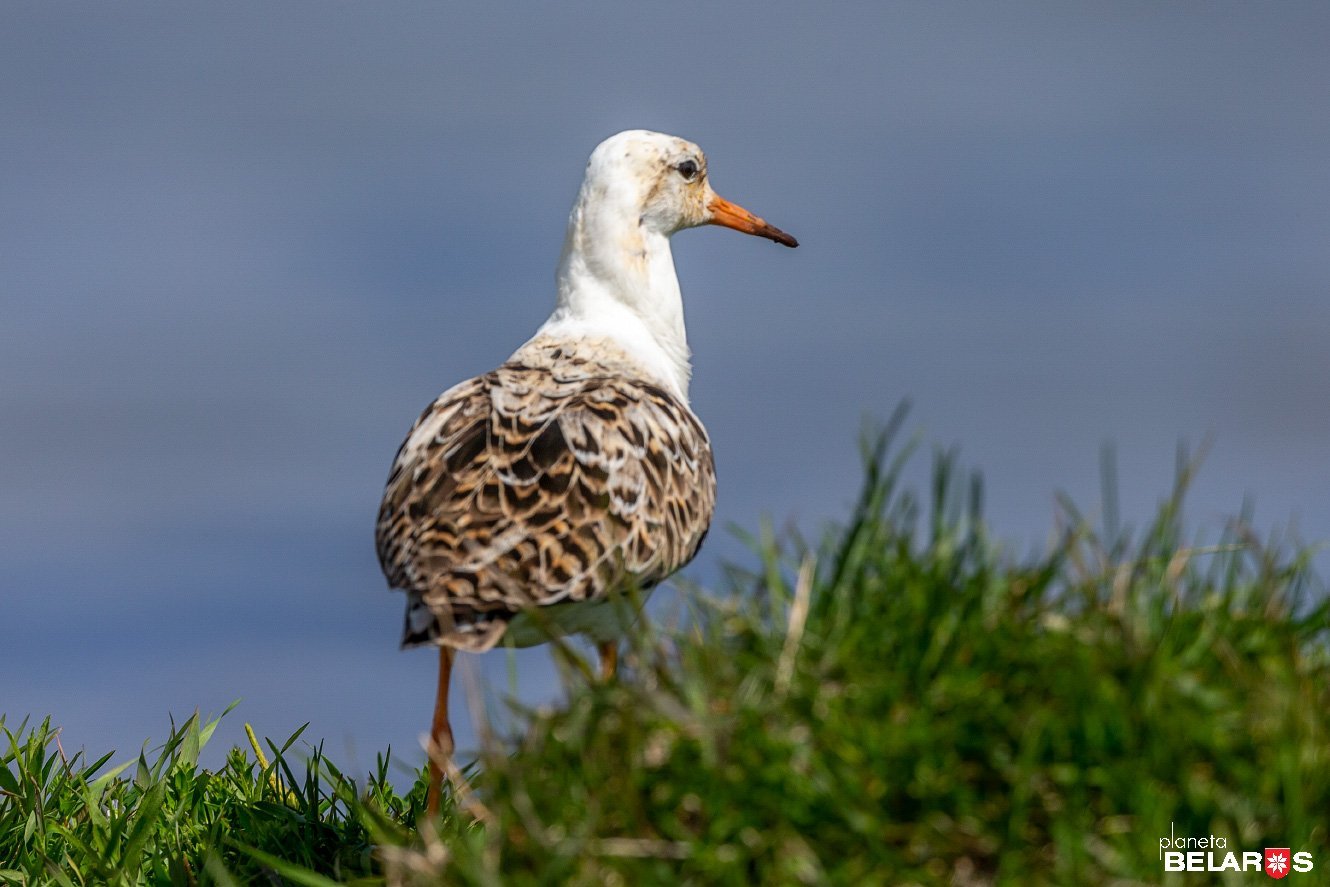 Our "fight with ruffs” did not happen: probably, they simply did not know that someone was waiting for them here. On the way back, I took a photo of one bird from the boat, but it's not what we expected. 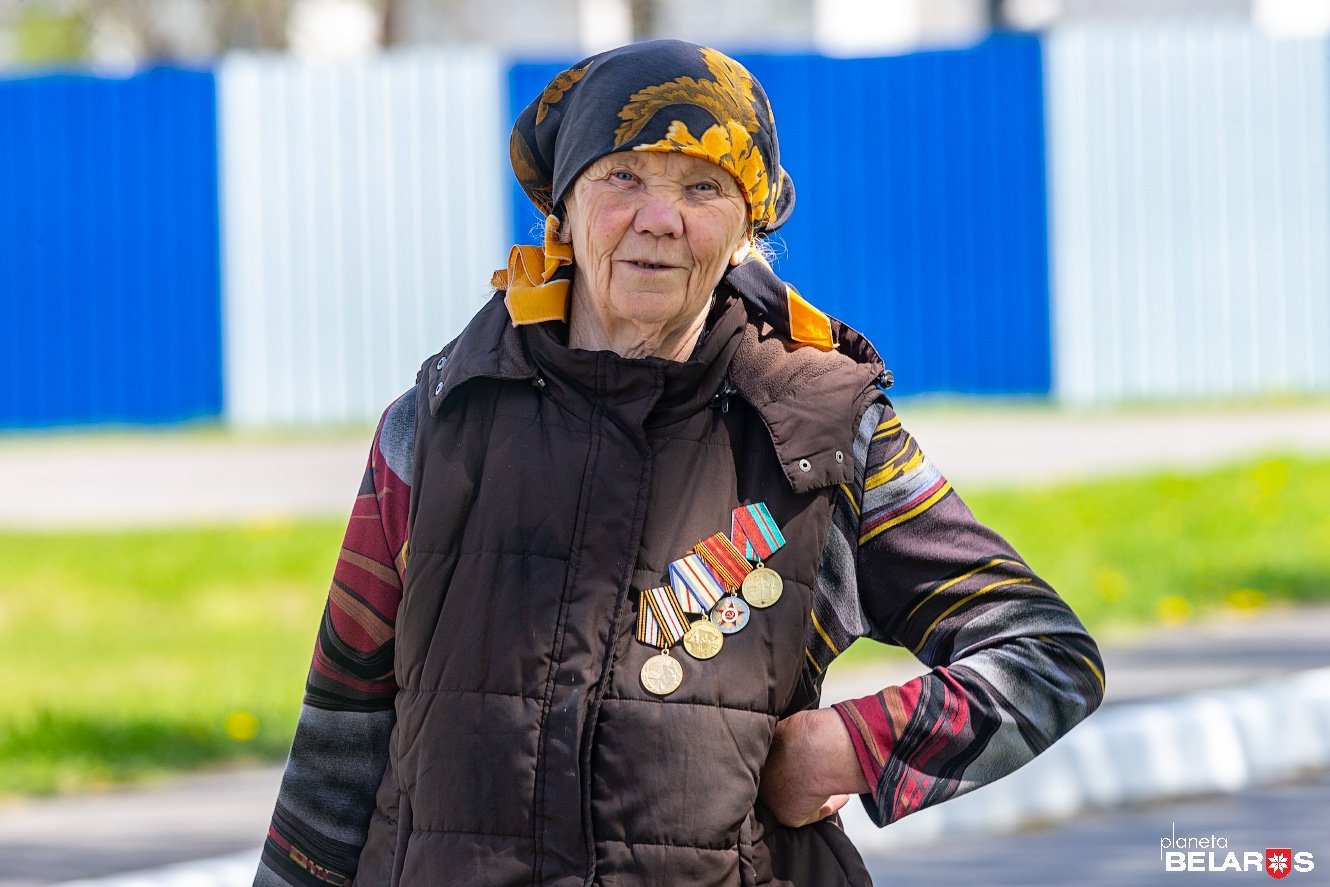 On the way to the hotel, we saw an old woman with a plastic bag; she had medals hanging on her chest. We thought that she was returning from a solemn meeting, and stopped. But it turned out that she had just went to the local store for cheese… 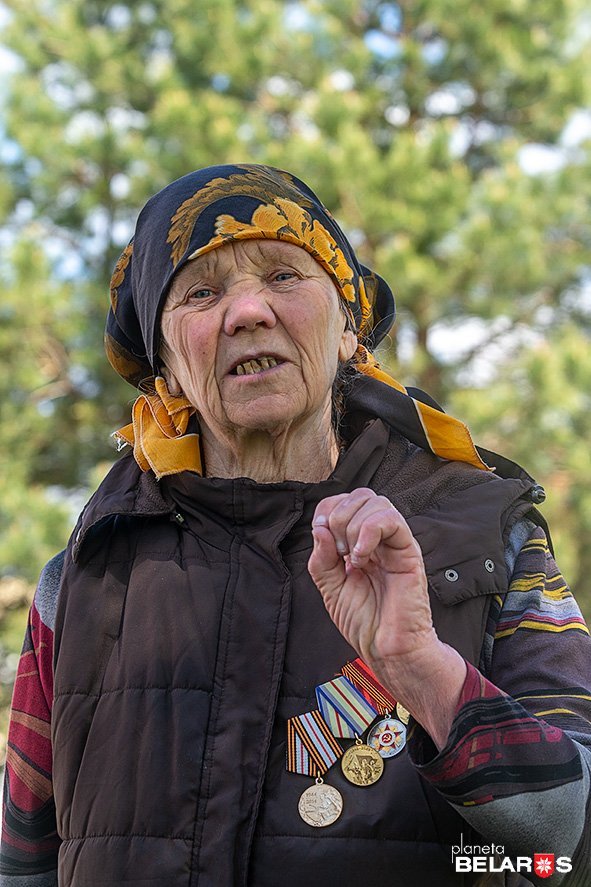 Galina Tikhonovna Chechko, a prisoner of war, was taken to Germany with her mother. She stressed that her ancestors were Cossacks from the Don River (southern Russia), and that Queen Catherine II wanted to destroy their nation and scattered their families in different parts of the Russian Empire. That’s how her relatives found themselves in the today’s Turov district. She does not attend the official events, however, she considers May 9 to be her holiday… 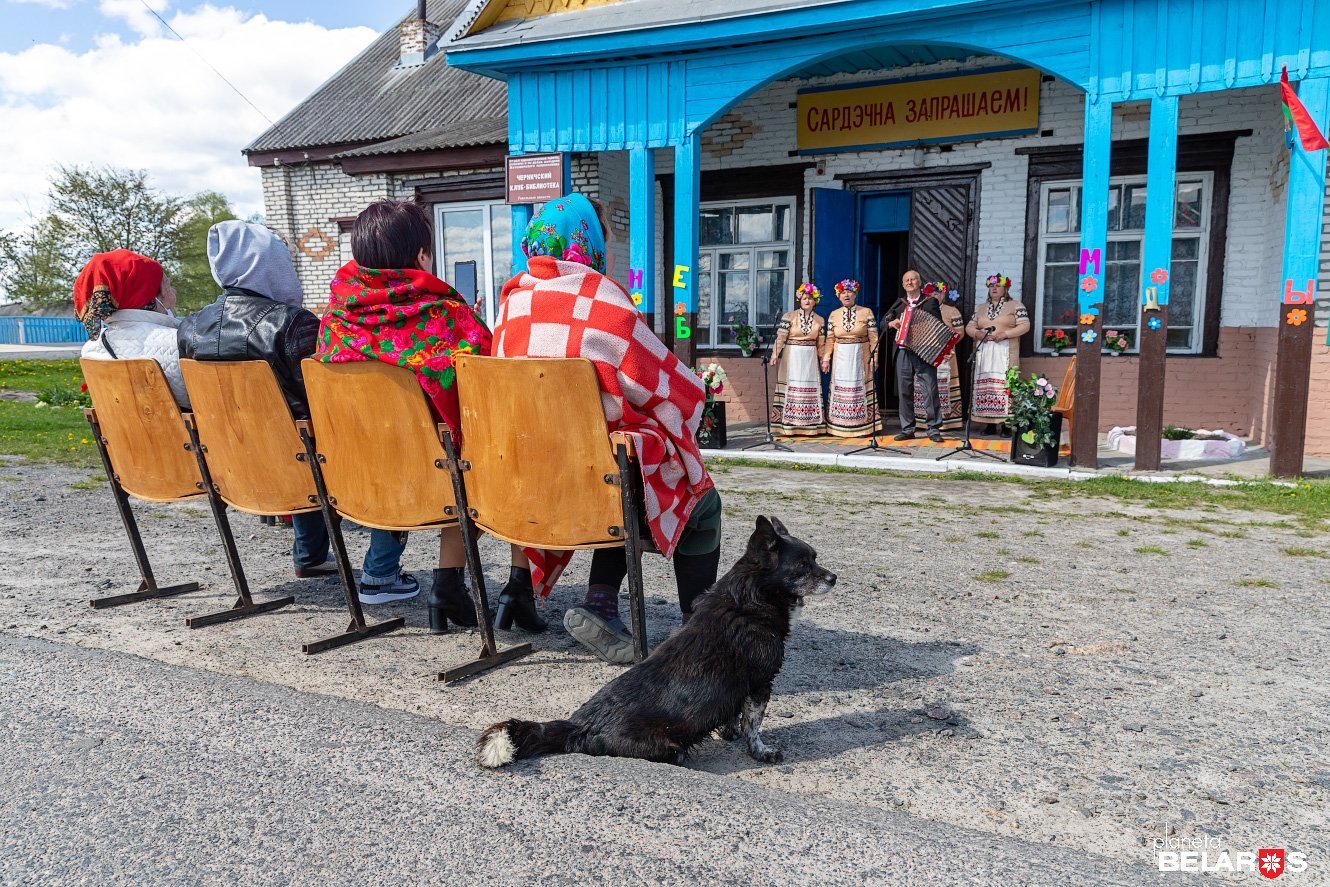 The village of Chernichi had an impromptu concert near the local library club. We were on our way to the village of Pogost to take pictures of wild aurochs, but we could not miss such a nice picture. 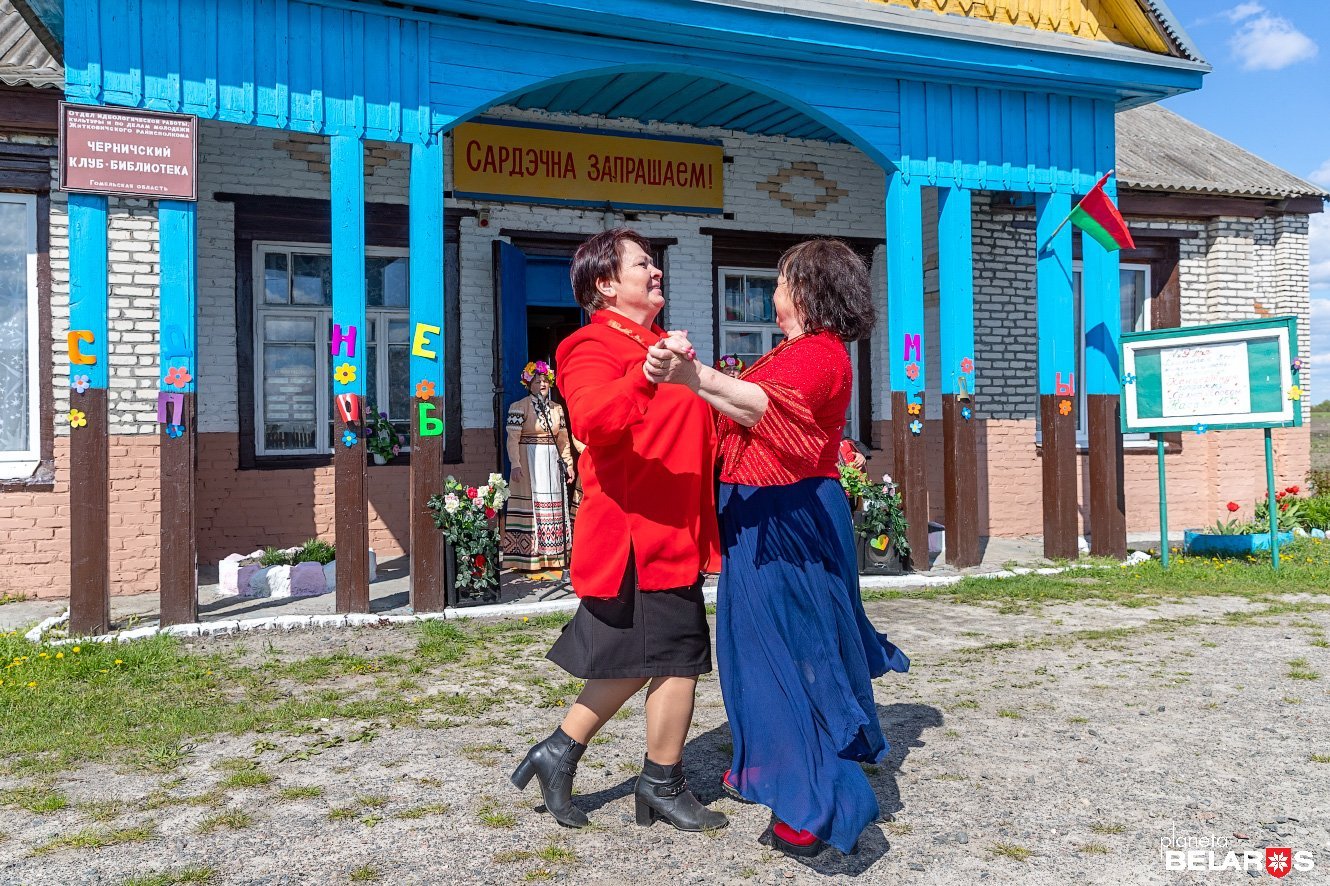 This is Polesie. People celebrate the Victory Day of May 9… 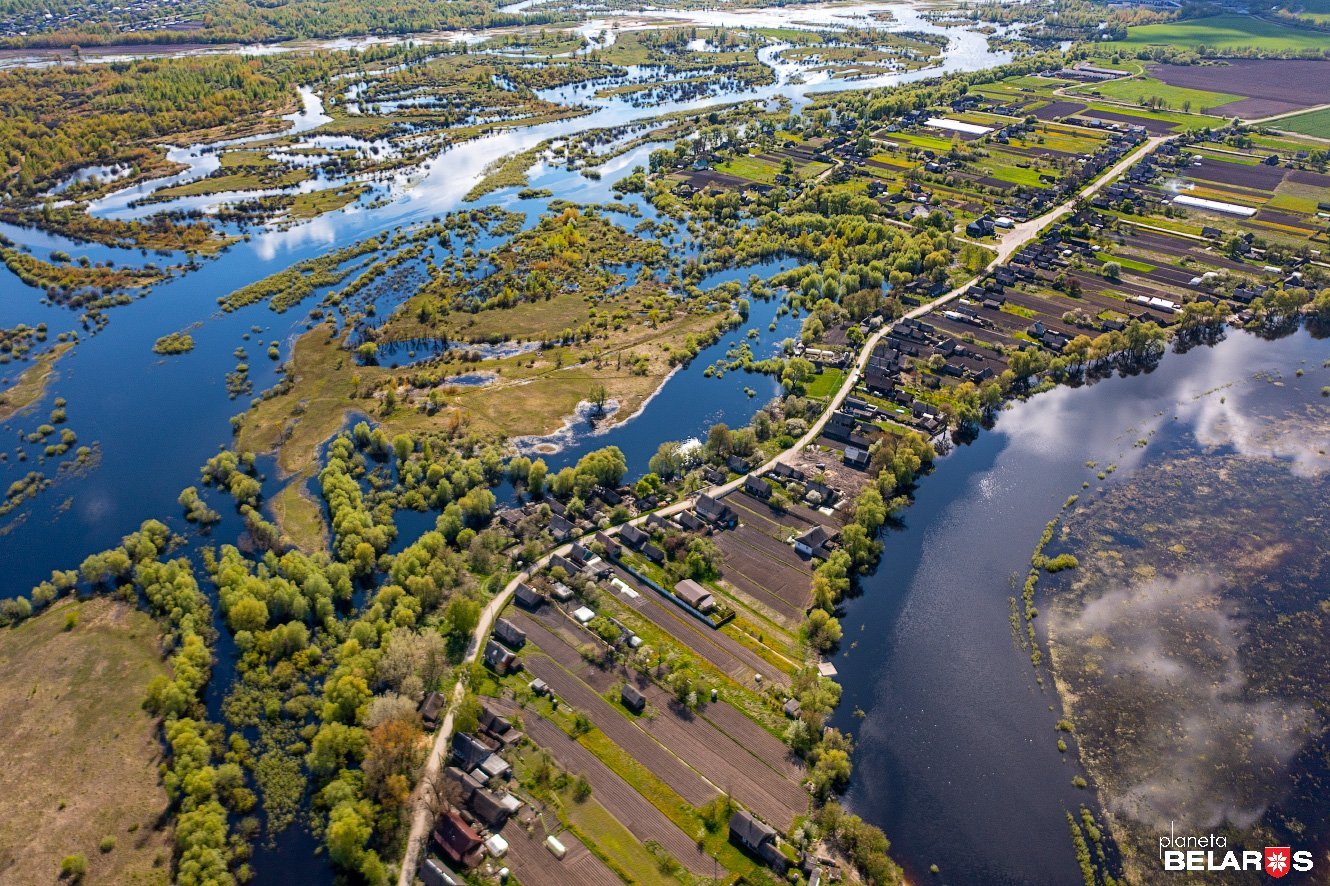 The village of Pogost is located in the area between the rivers Stviga and Pripyat. 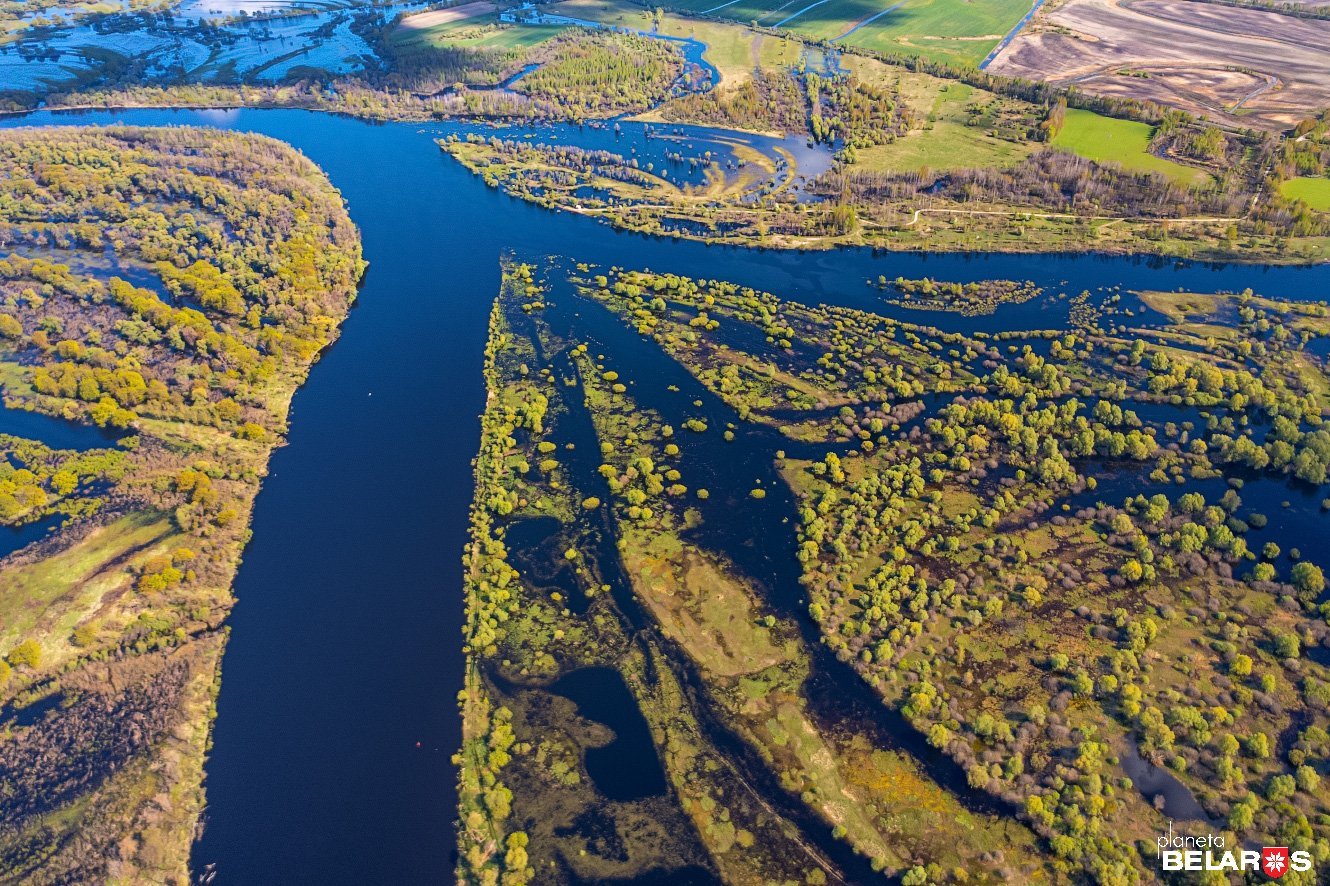 The mouth of the Sviga. There is a herd of aurochs living near it. Although, aurochs is an extinct species, they found a breed of domestic cows similar to aurochs genetically, and … let them into the wild.  A herd of aurochs-type cows plays an important ecological role in this area now. 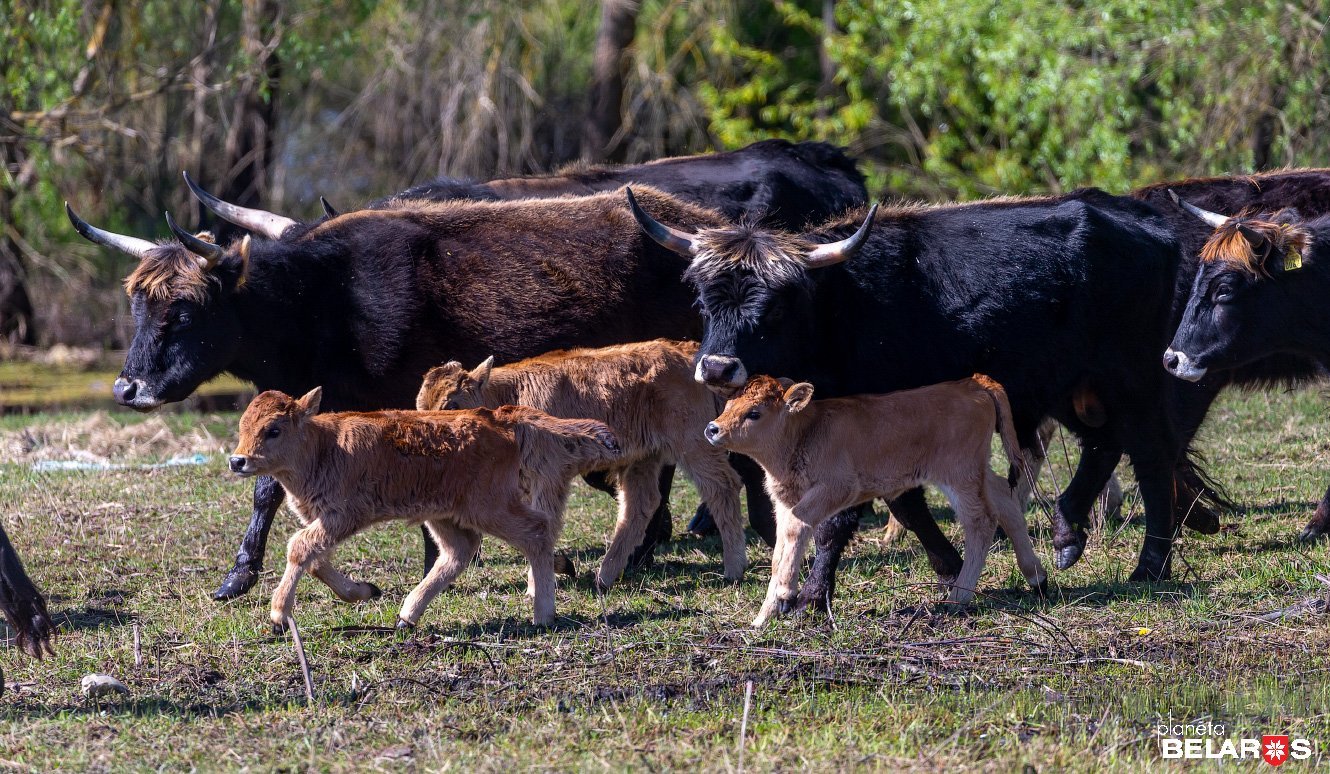 Zhimantas Morkvenas together with Alexander Kozulin were the initiators of this project. Therefore, it is important for us to photograph these unusual feral cows of Polesie. 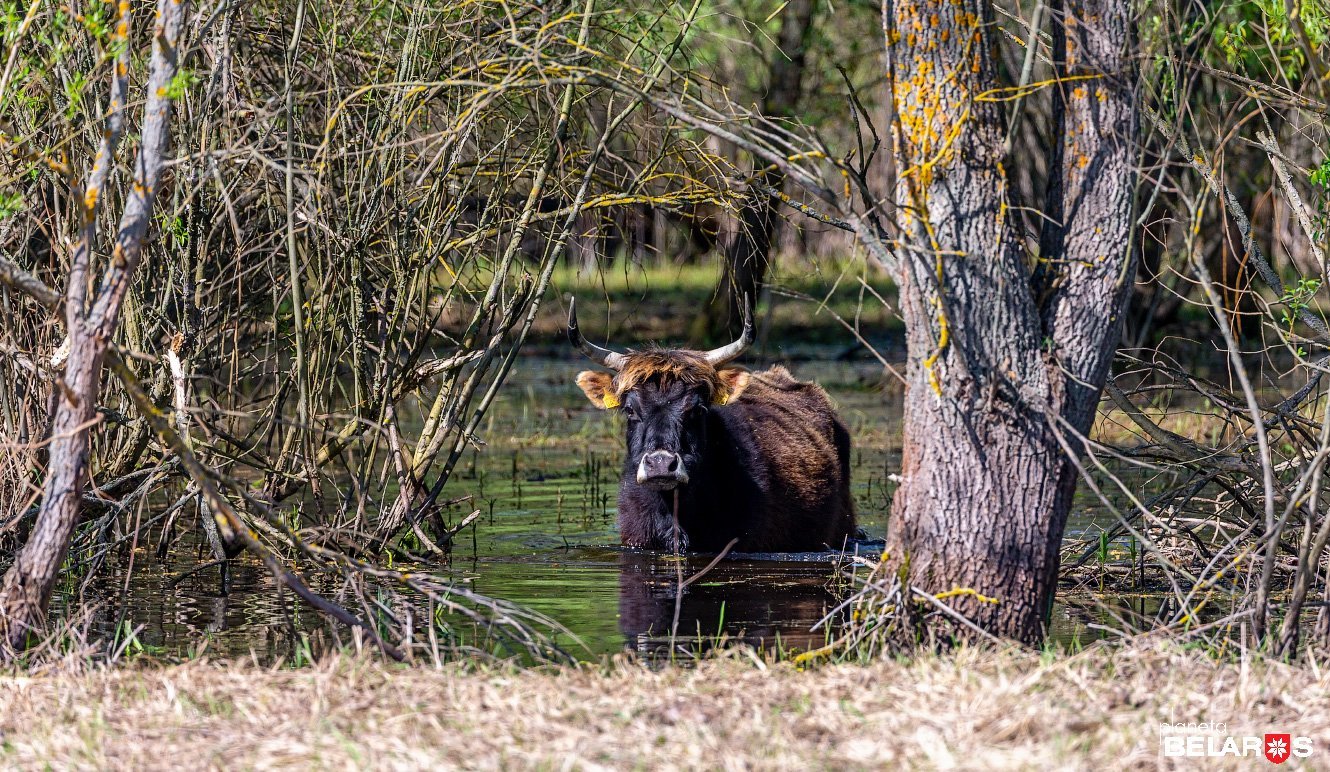 I was impressed by the small calves, but even more so by the female wading through the old river bed of Pripyat. 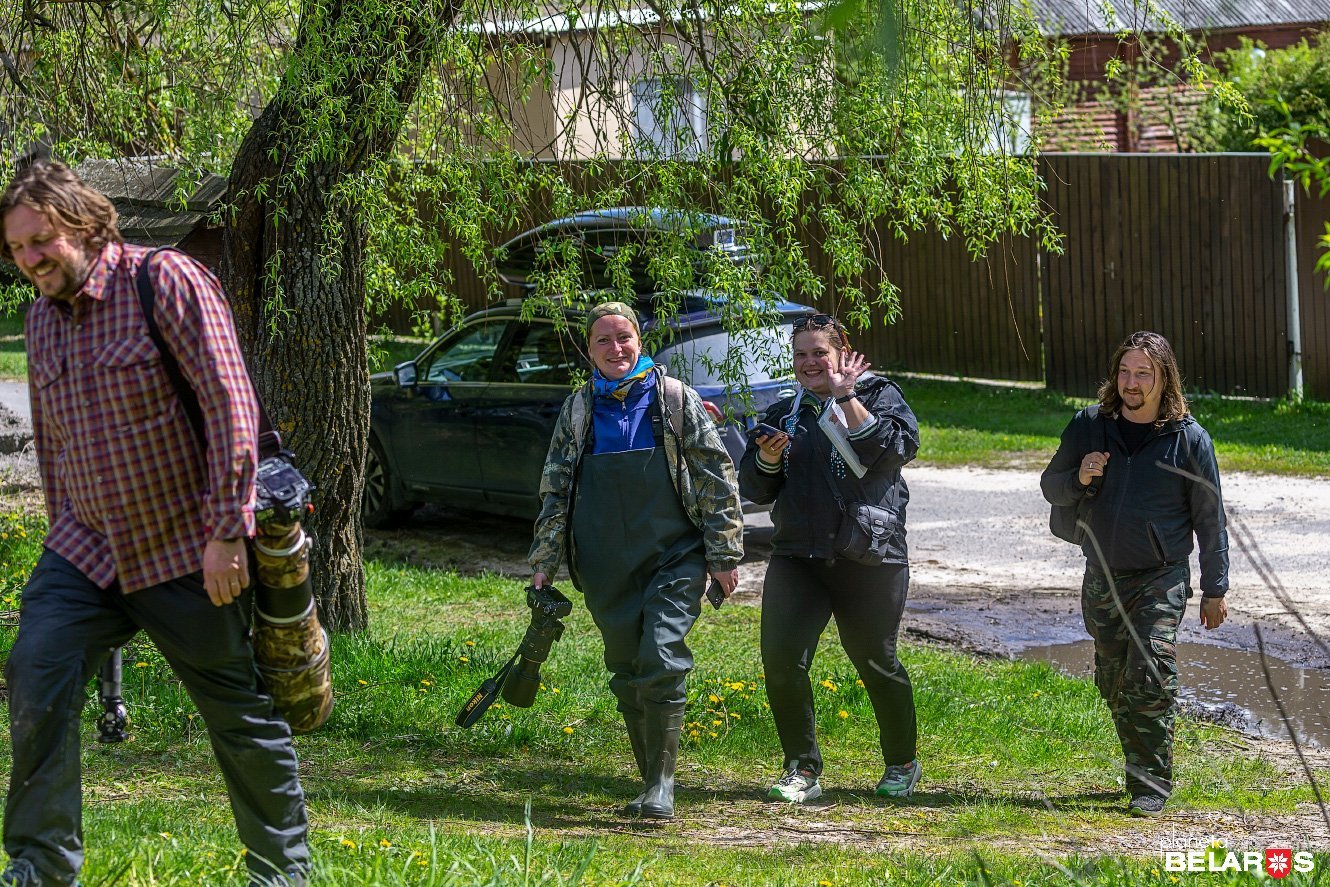 We are looking for the Azure Tit (Cyanistes cyanus).To see this bird, foreign tourists were coming here in previous years. Now there are no foreign guests, except for Zhimantas, but Belarusian birdwatchers are also very interested in observing this species. 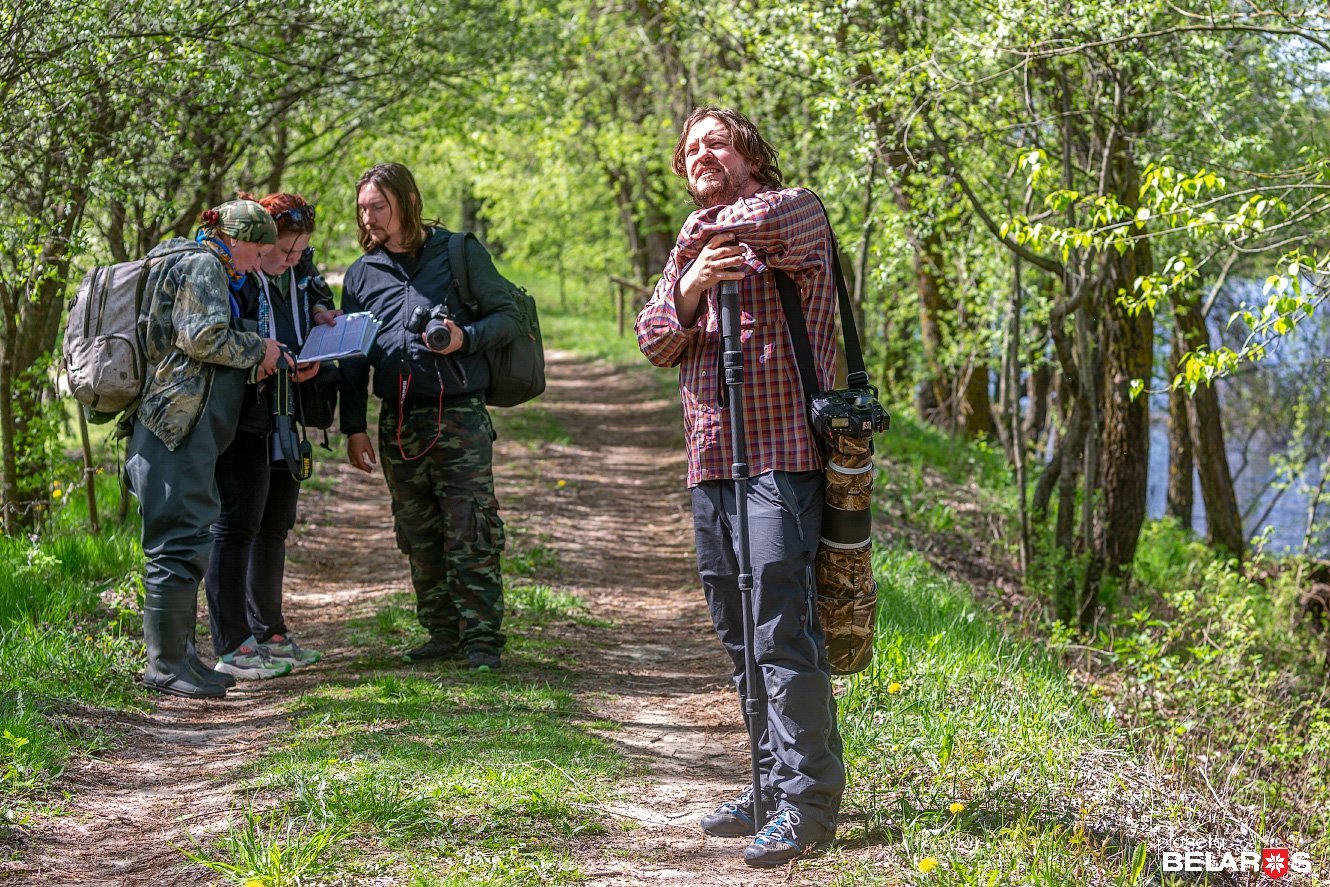 The guys are looking at the bird classification book, as they thought that they have just found an Eastern Imperial Eagle (Aquila heliaca) on the territory of Belarus for the first time. Later it turns out that it was a Greater Spotted Eagle (Clanga clanga) – today the sensation did not happen… 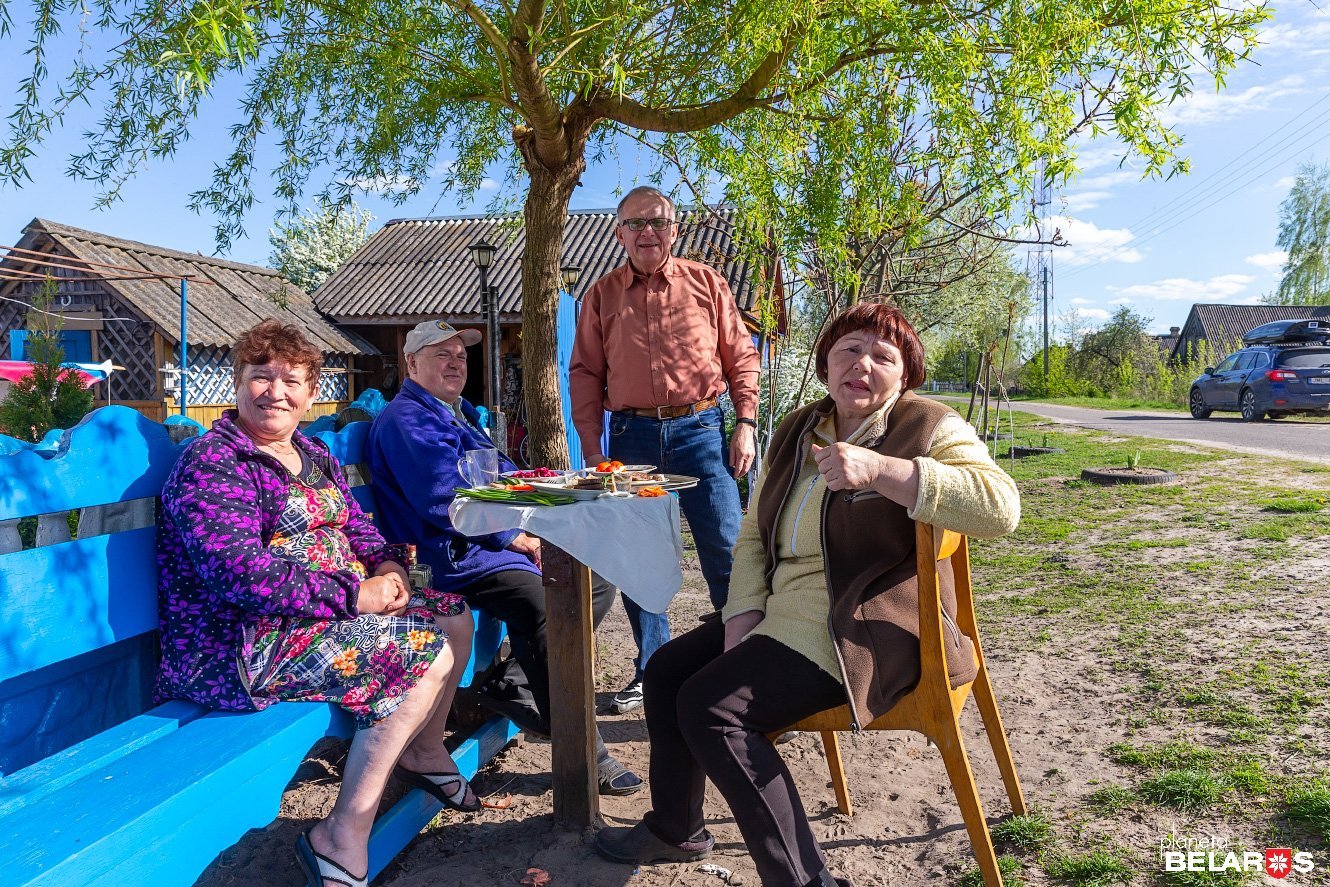 The village of Khvoensk also celebrates May 09. 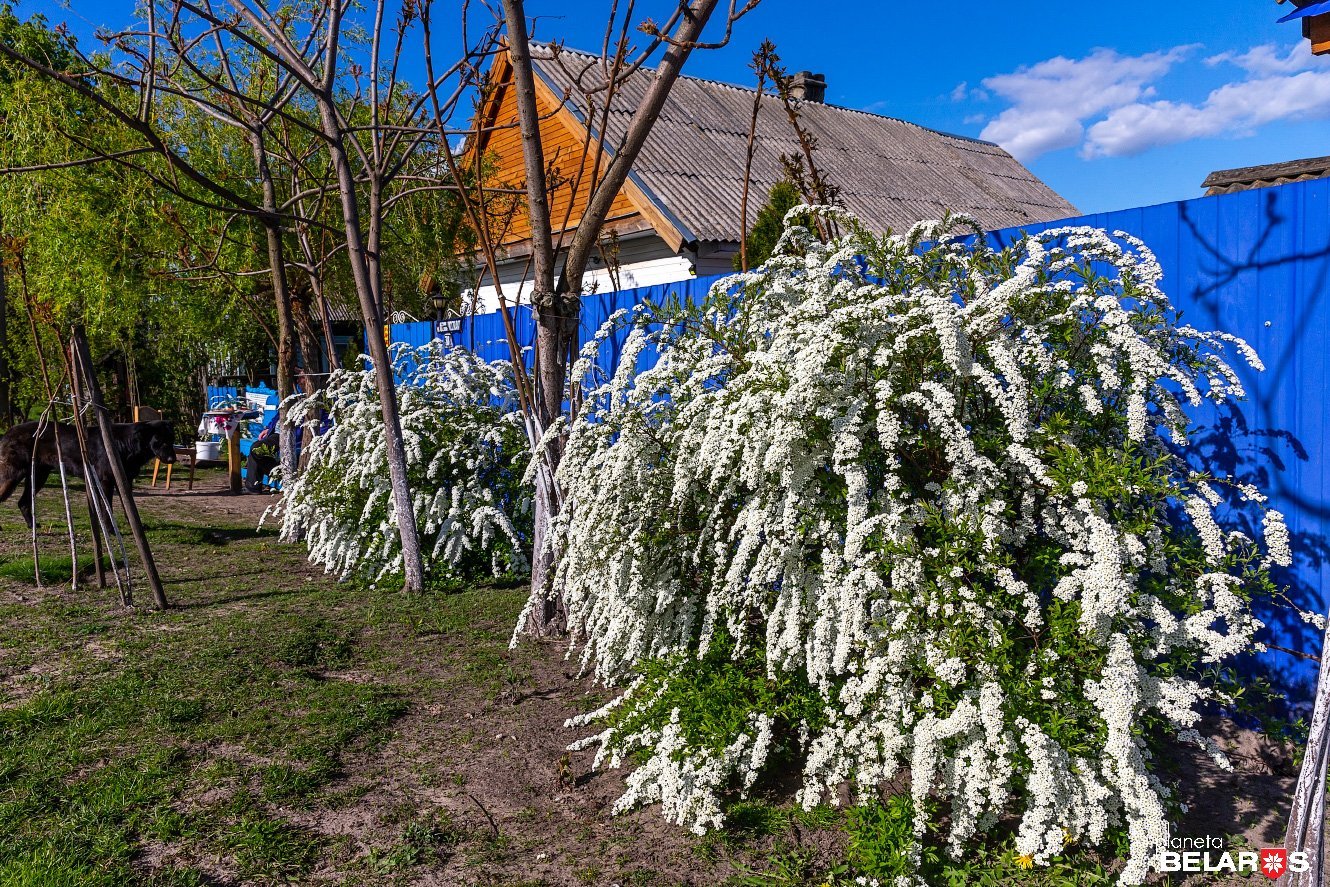 The flowering shrubs look great. The blue fence is ugly, of course, but what can we do – the appearance of the Polesie villages is gradually changing…

But only the incoming clouds can stop me from photographing my favorite “heart-island”!..

A blossoming plum tree and an old boat… I tried to make the most positive picture.

We were thinking of crossing the Pripyat near the village of Snydin to organize a water excursion from the village of Lyaskovichi. But it wasn't until eight o'clock that the nearest ferry arrived. For myself, I noted that the "Planet Belarus" should have a timetable for all ferries, so that other travelers do not get trapped.

Thus, we slightly change our plans and go to the village of Mordvin to photograph the Pripyat dunes. On the outskirts of the village, we meet a tiny old woman planting pumpkins. 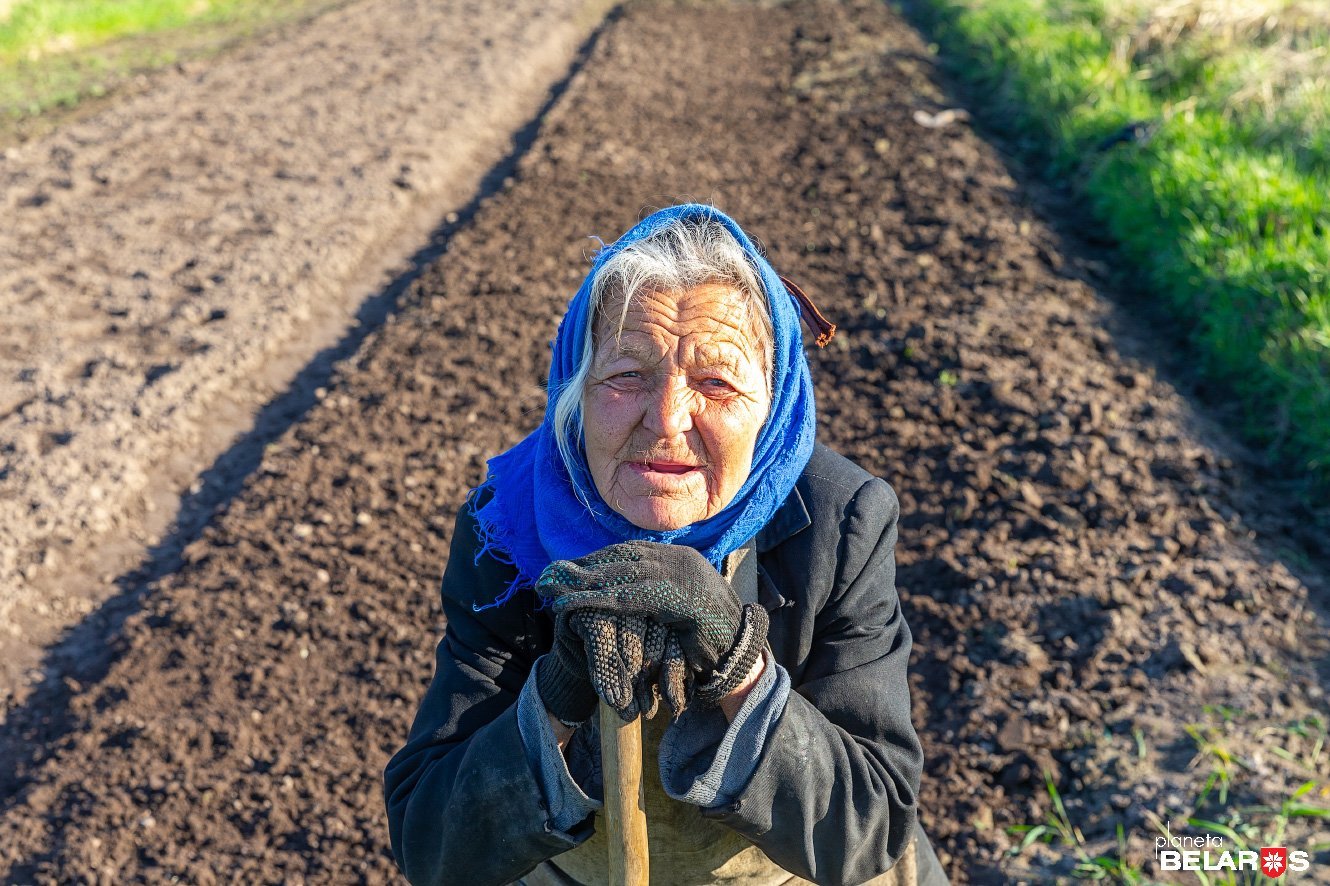 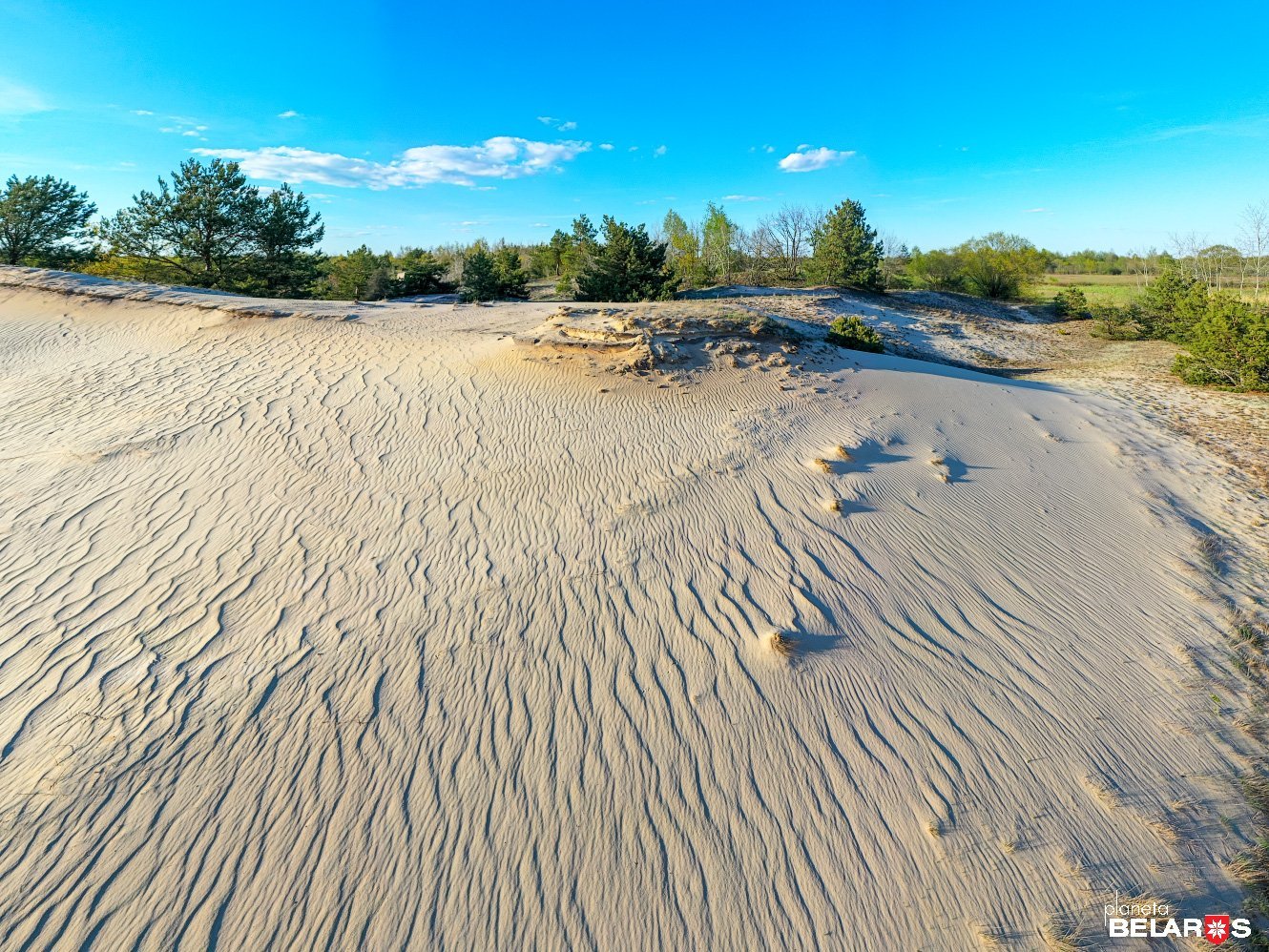 A piece of the Pripyat floodplain near the village of Mordvin. 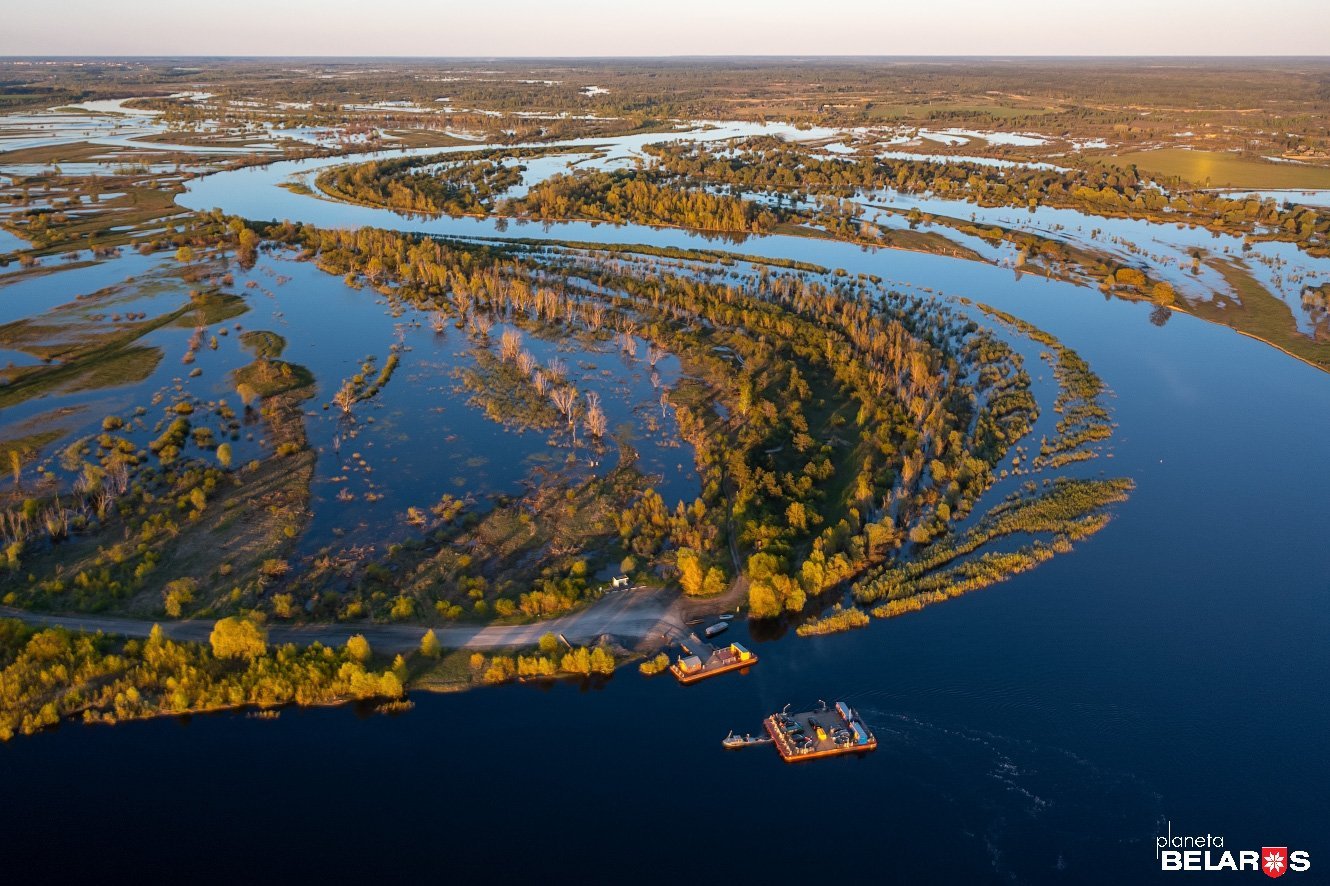 A ferry crossing near the village of Snydin. 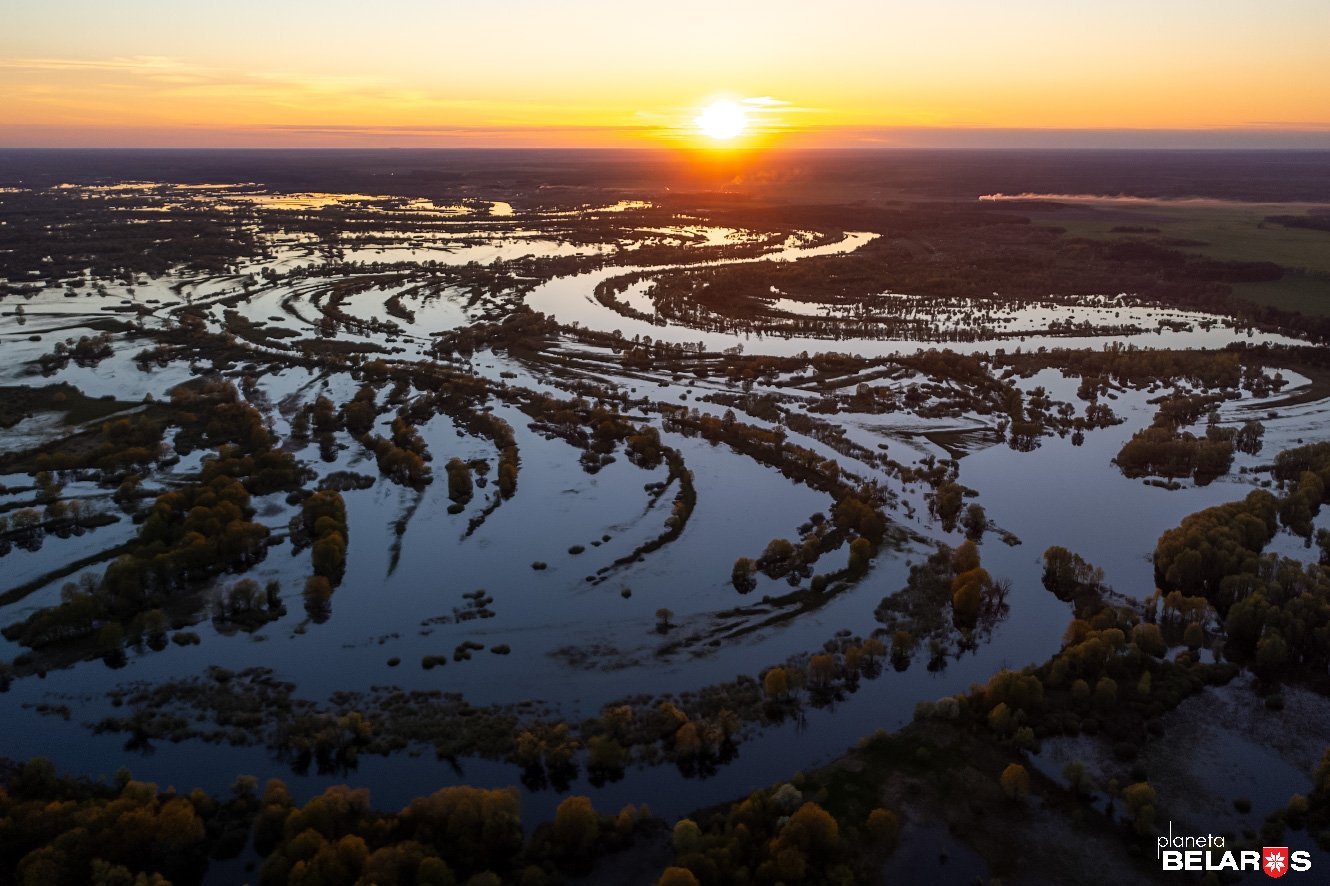 Our working day ends at sunset. We are going to Vanyuzhichi, where tomorrow there will be a meeting of my ex-classmates, while Zhimantas is going home to Lithuania…