About “photo models”, “tamed” animals, and unexpected encounters in the forest

Natalia Lakotko, an employee of the "Krasny Bor" forestry (a part of the sanctuary "Paozyorie”), has recently joined the community of Belorussian wildlife photographers. We talk to her about the subtleties and pitfalls of this activity. We start the conversation with the very common bias: they say that in “Krasny Bor” animals are almost tamed, and it's as easy to take their photos, as if you come to a zoo. 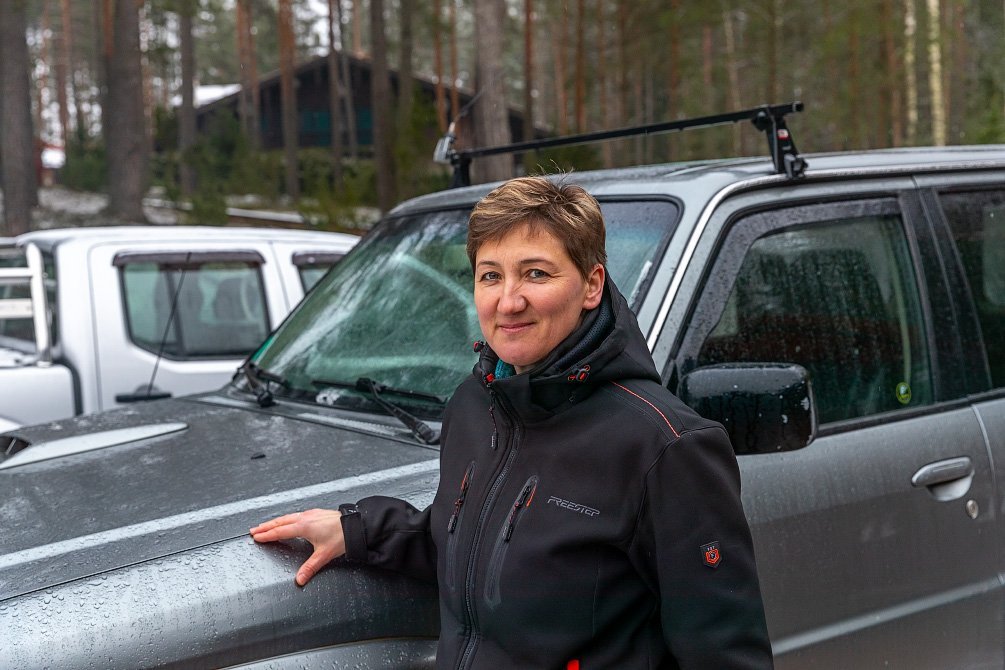 – All the animals I shoot are in the wild. I have been fond of photo hunting for a little more than a year. It all started with last year's offer to take part in the open championship of Belarus in photo hunting as a member of the "Krasny Bor" team. The competition was over, and I abruptly switched from an amateur camera, which I used to shoot for myself, to professional optics.

– I liked it! I will say even more: I was supported by colleagues and by the administration: the reserve offered me a high-class professional camera with a long-focus lens, which is now always with me. Of course, the opportunities I see now are much bigger than shooting with an amateur or a mobile phone camera. I got involved in this activity, realizing that it is quite difficult to shoot an animal in the wild, no matter what they say. I keep study literature and other people’s experience… 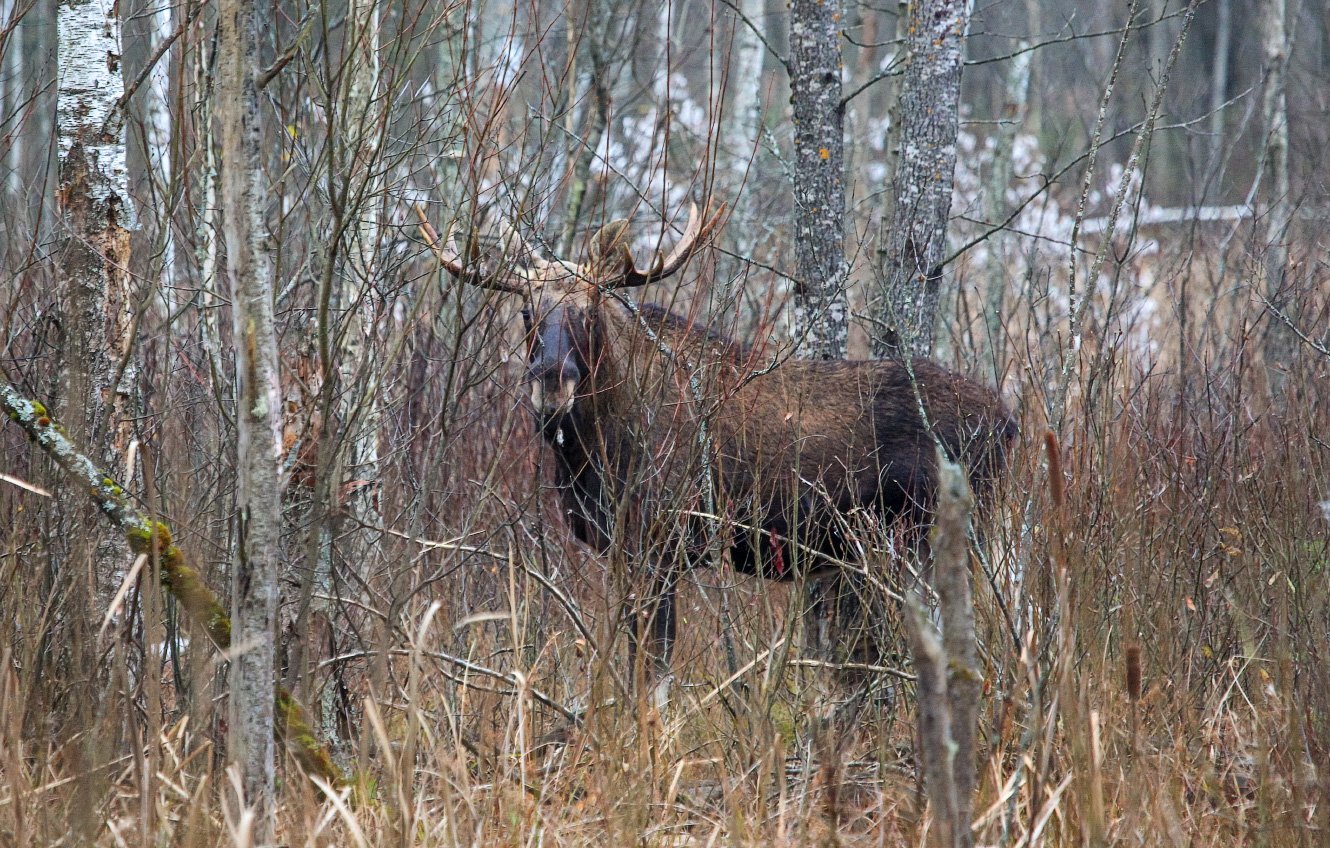 – Why this shooting is attractive? And what would be the "shot of your dream "?

– This would be an animal in motion: I am not so interested in static images, although, of course, I’ve started with those... I want to show an animal up close and in details to my friends. I.e. something that is difficult to see for an ordinary person.

– Yeah, most often we just see the "rear part" of an animal running away from us (we laugh).

– In the distance you can watch a moose, but I am always touched by its eyes, funny moose lips, elongated humpback nose, and ears protruding in different directions… It's beautiful and accessible to a photographer! As well as to one who looks at the photos. 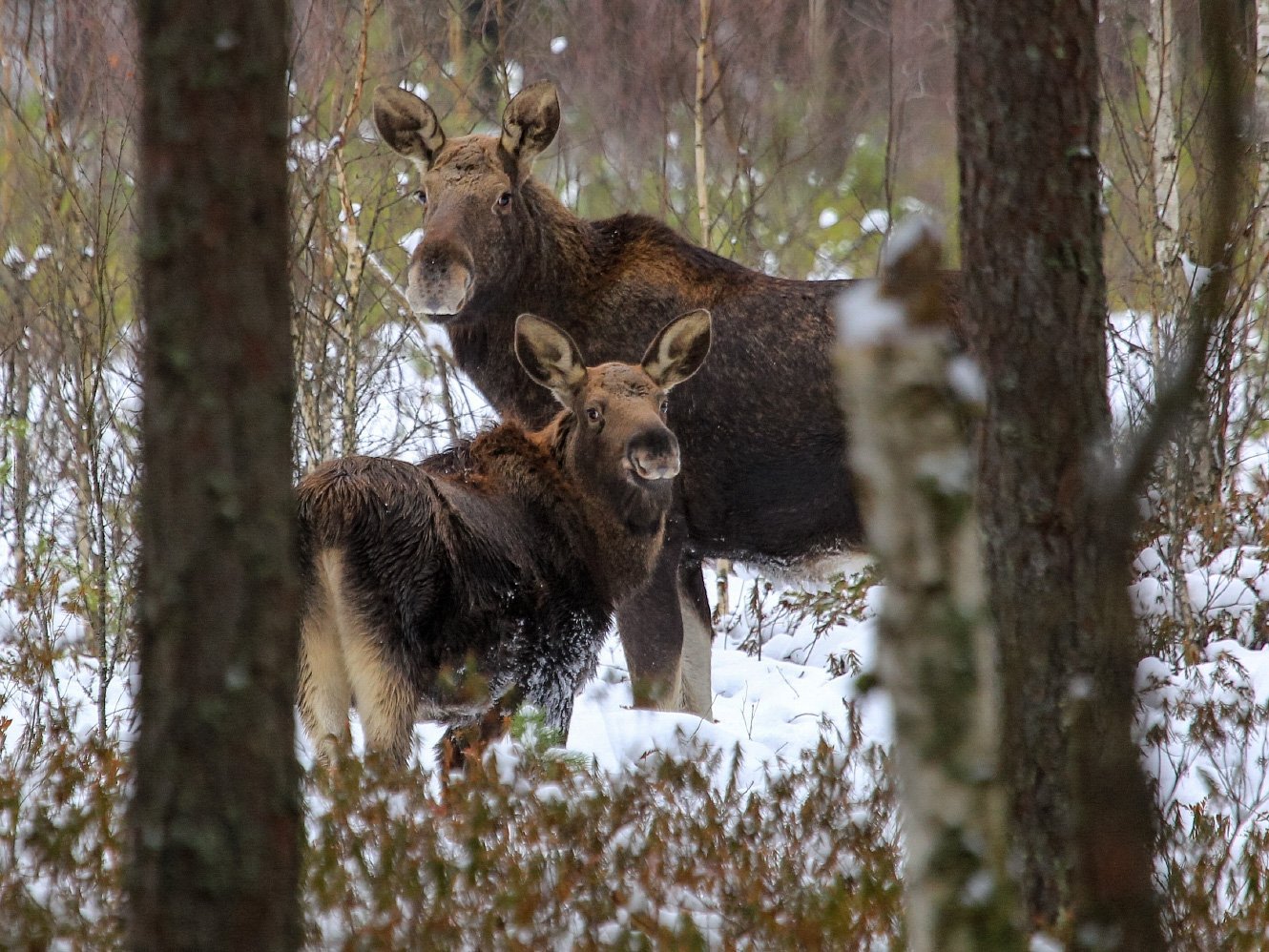 – When do you have a better chance to take a shot of an animal: when you’re walking in the forest, or from the car?

– When walking it’s, probably, more difficult to shoot animals in the wild: animals have excellent hearing, it is almost impossible to sneak up on them unnoticed. You can, of course, sit in an ambush, but usually it takes time. Therefore, most often I shoot from the car. It only seems that animals are particularly not afraid of it. As soon as you stop and open the window, animals run away from the spot: one needs to catch the moment! 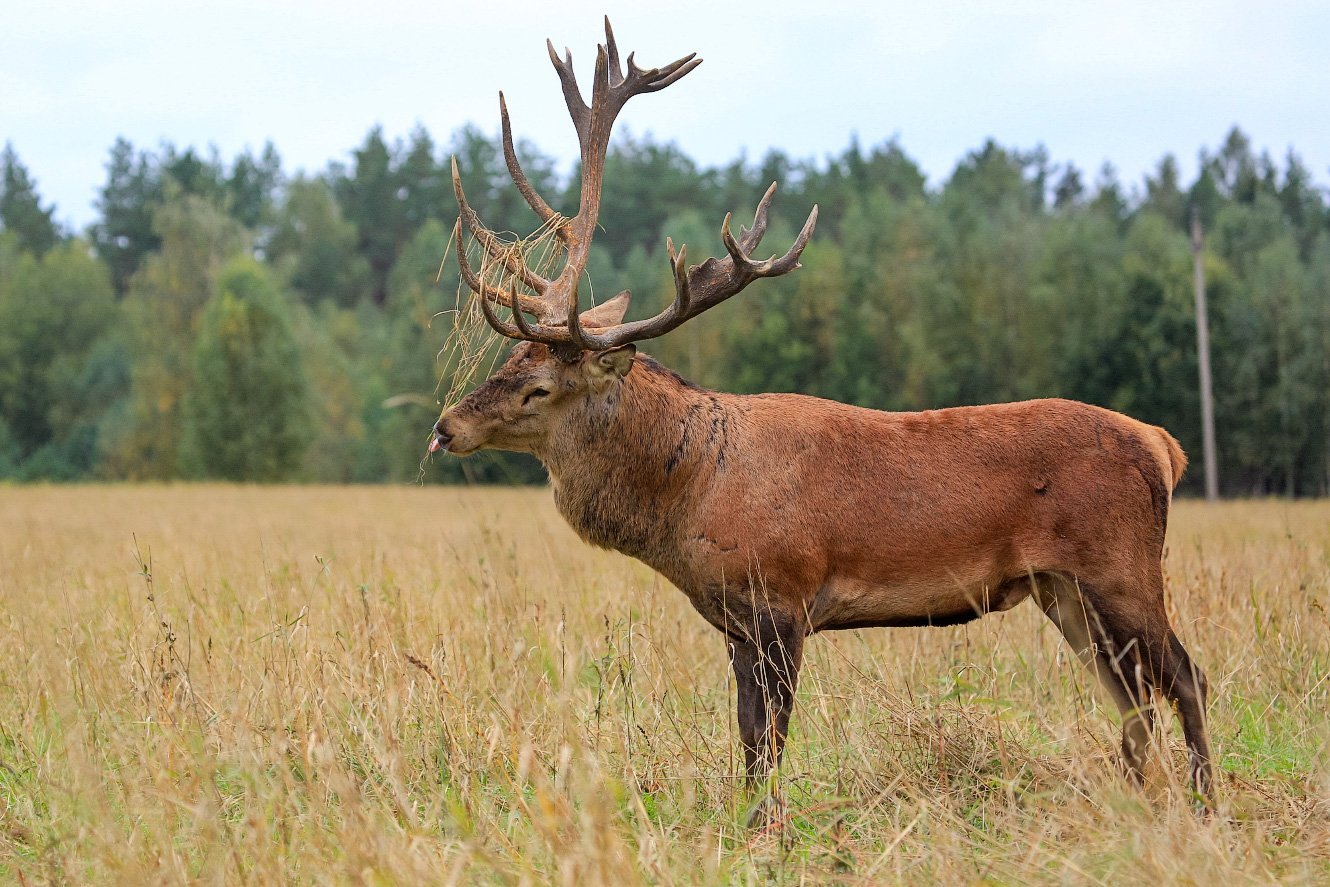 – By the way, how easy is it to see an animal in the wild? Obviously, one has to know the animals’ habits … Probably one needs to have a sharp eye?

– Believe me, that even a professional eye sometimes fails! I think that during the year I have mastered the topic quite well, I have read a lot, and talked to professionals. I often hear compliments from guests that I can see the animal well. But animals have mastered the art of disguise so well that sometimes it is almost impossible to notice them. Quite recently there was such a story with a bison: we went on an excursion, dreamed of meeting this giant of Krasny Bor, visited many places where it can be seen, but, alas, everything was in vain! We were sad, but at this time the huntsman Vasily called us like a good magician: "How come, you haven’t seen it?! It's under the tree!" Indeed, there was a female bison lying under the tree, and we did not notice her. We must learn to watch!

– As I got it, you are less interested in working with birds…

– Stork, capercaillie, black grouse were caught by my lens more often, but as for various "little things", it is much more difficult to shoot them: they’re fast and brisk! It is necessary to sit at the feeder for hours to achieve a good result. Or, for example, eagles: they sit on the harvested fields in the autumn, but once you just make an attempt to approach them, immediately they disappear. 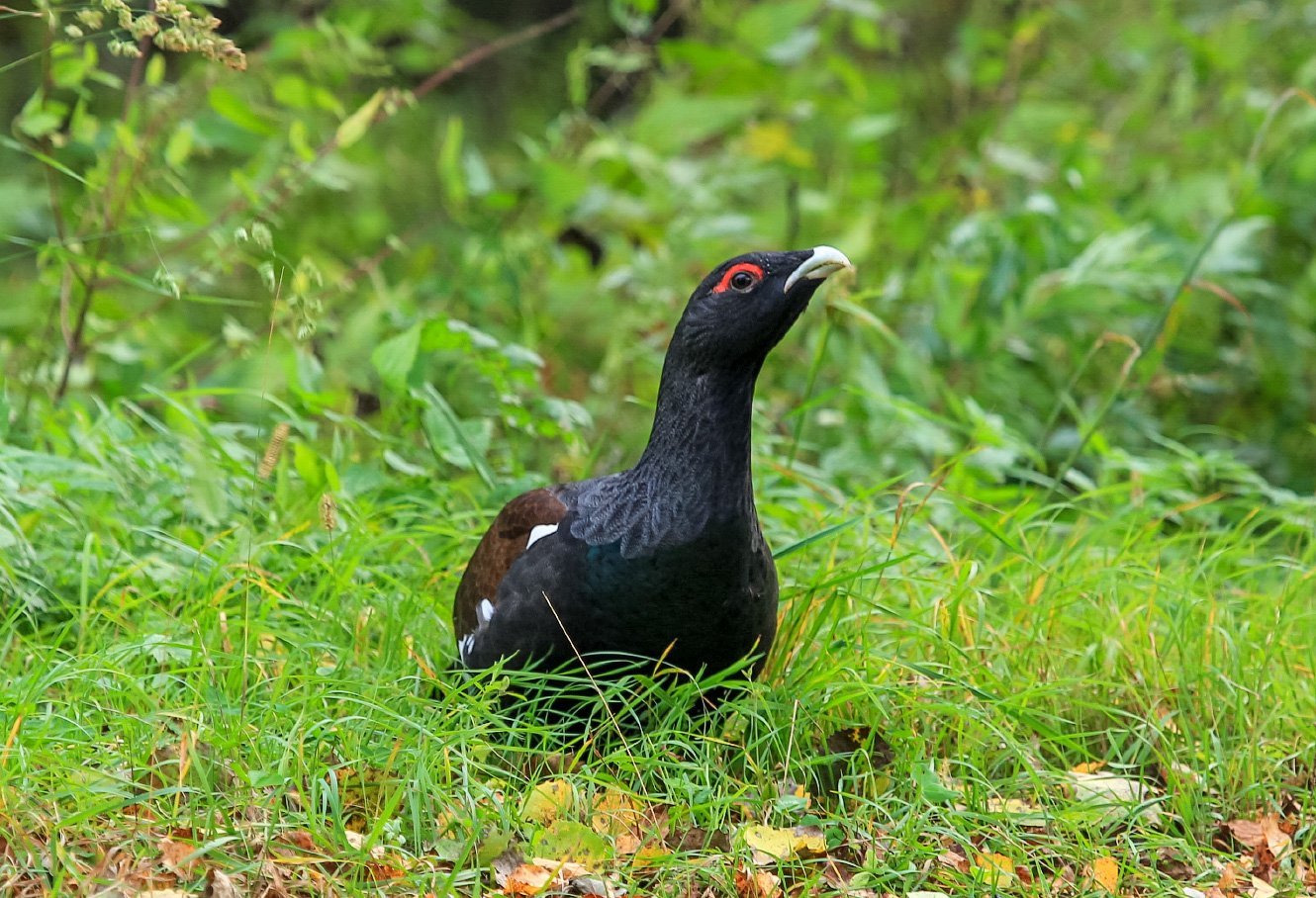 I was lucky with the capercaillie completely by accident. I brought a photographer for a photo tour, and while he was waiting for an animal in an ambush, I waited in the car on the road. The bird was calmly walking on the asphalt, pecking at something there. Fortunately, the traffic on the Rossons is never too intense. The capercaillie was travelling along the roadside, and I followed it along the ditch… I looked out – and the bird was not scared of me! I let it get very close, about five meters away. It barely fit into the frame.

I  have read about jays, that they are very smart birds, and I’ve heard something like that about ravens … But to be honest, mammals are much more interesting to me.

– Which of the photo heroes are your favorite ones?

– I love to watch moose and bison. I have a weakness for bison! 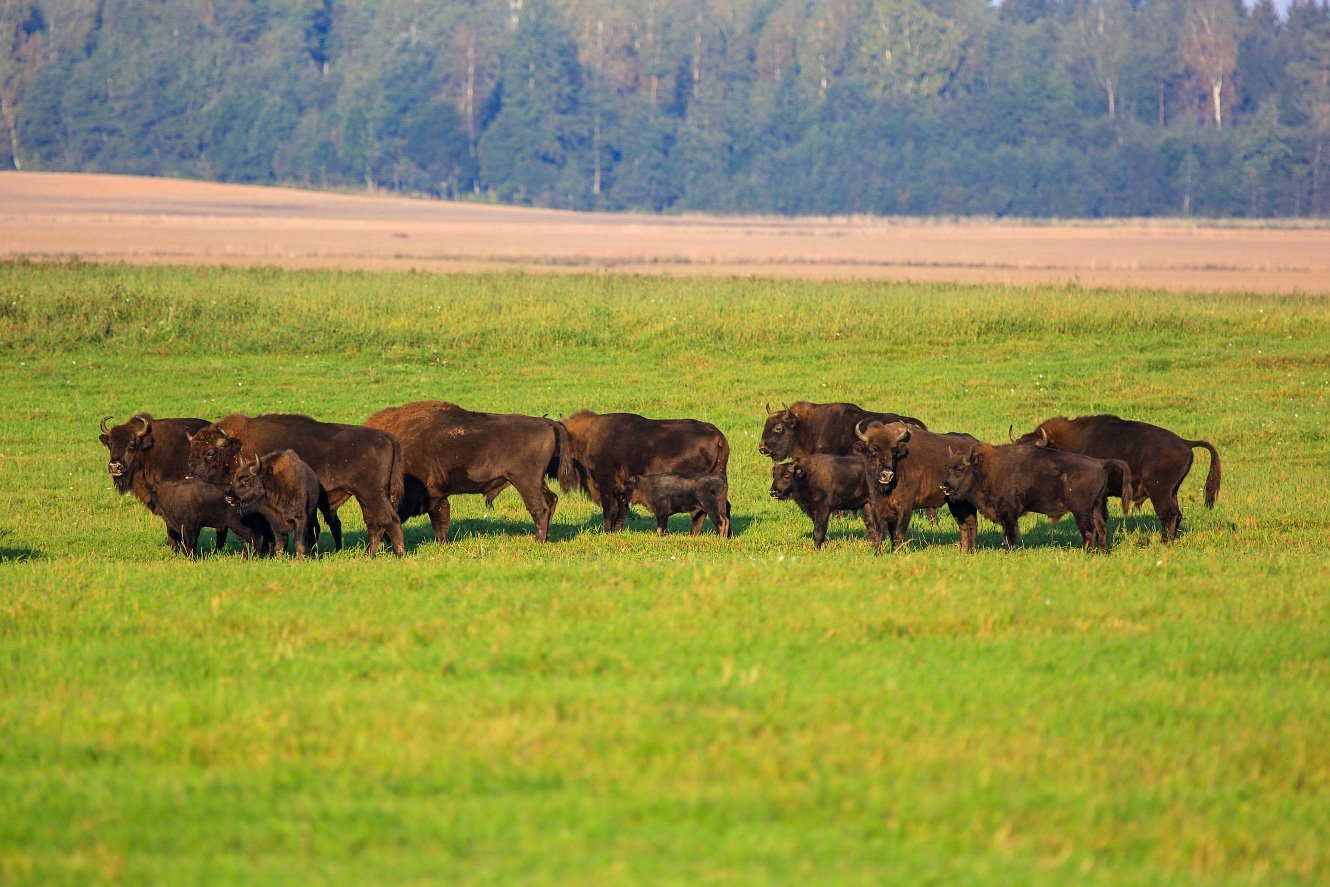 We have already told you that “Krasny Bor” is a home to the northernmost population of bison, which includes about 200 animals; some were born on this land. We observe their migration through the local territory. And when it is possible, we take their photos. One of the first such big photo “hunting” ended in great disappointment for me: when I returned, I saw that the shots were "overexposed". Now I try to control the parameters better. 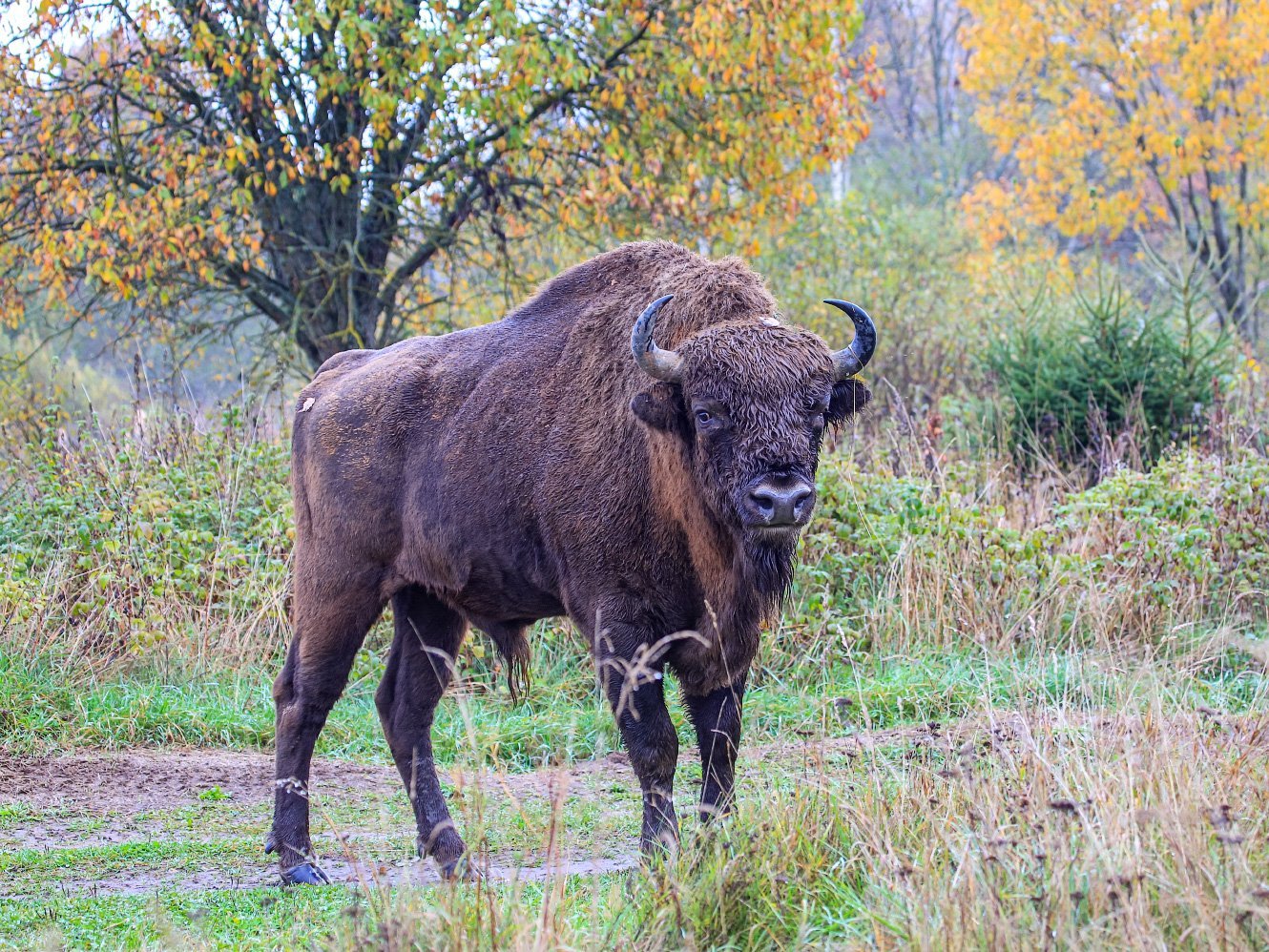 On the tour, several times it was that the female bison, whom together with tourists we named Vasilisa, was walking slowly along the road in front of us. We also met a roe deer with a "bouquet" on its horns. And many other unusual pictures: e.g., a deer in a jump on the background of the poster "Krasny Bor". It is a pity that the camera is not always in my hands hand.

– What other vivid encounters do you remember on the forest path?

One with a lynx! Moreover, it occurred not on the trail, but directly on the asphalt of a road. In summer, I was returning from work, it was already quite late, about half past ten. Suddenly I saw that something was lying on the asphalt. My instinct worked: I grabbed the camera in my hands, it was a pity, it was already too dark… Out of a dozen shots, only one came out more or less successful. 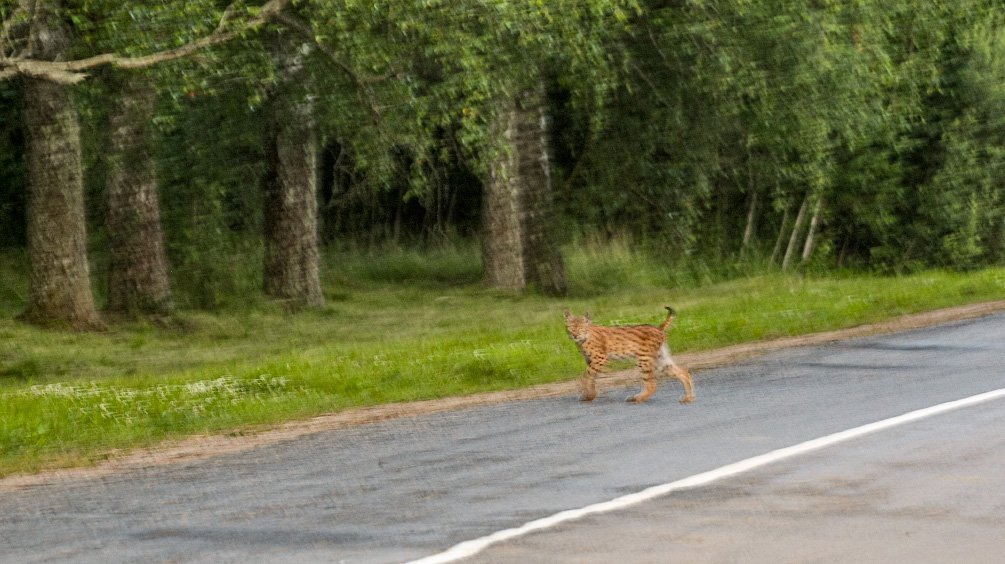 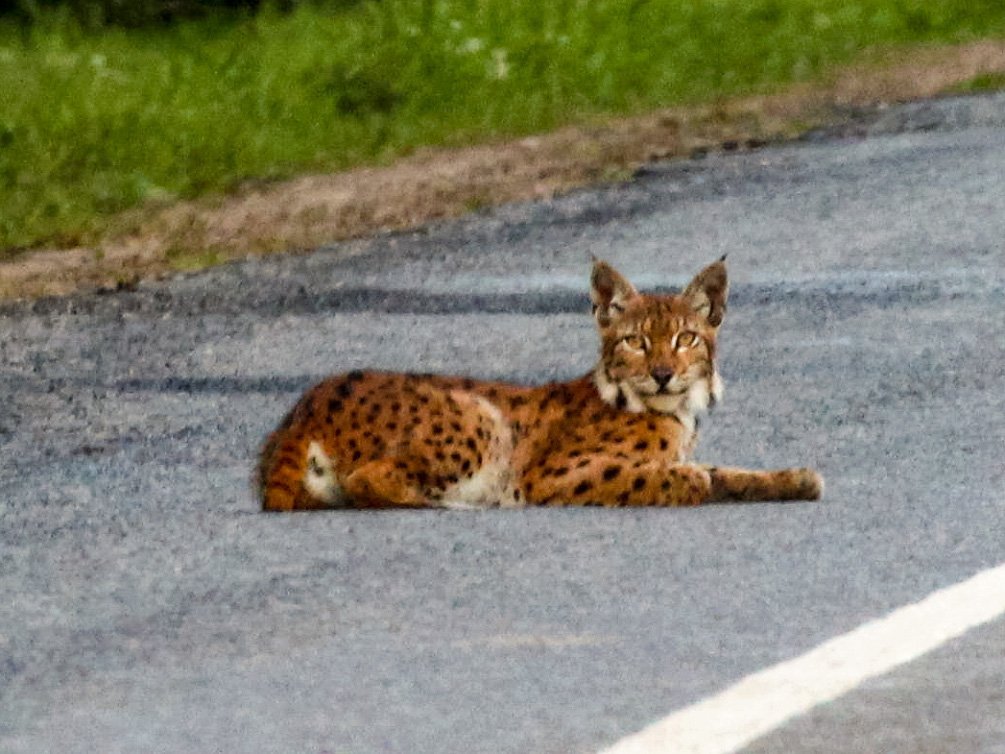 But the story itself is very exciting, I barely stopped shaking in my hands when I was shooting. The other day I was lucky to meet a slightly smaller specimen: another lynx ran across the road in front of me. But it's getting dark very early now, so I had no chance to shoot at all. And the very first time I saw a lynx, it was at the photo hunting championship. But that time we just saw it: two jumps, and the cat disappeared...

– Such luck is always present? Or are there exceptions to the rules?

– Sometimes there are, as they are called, "empty days": while driving more than a dozen kilometers through the territory of the forestry, you do not meet any single animal. During a strong wind, before the weather changes, forest inhabitants hide in the very wilds and do not show their noses from their dens. If I hadn't experienced this before, I wouldn't have believed it. 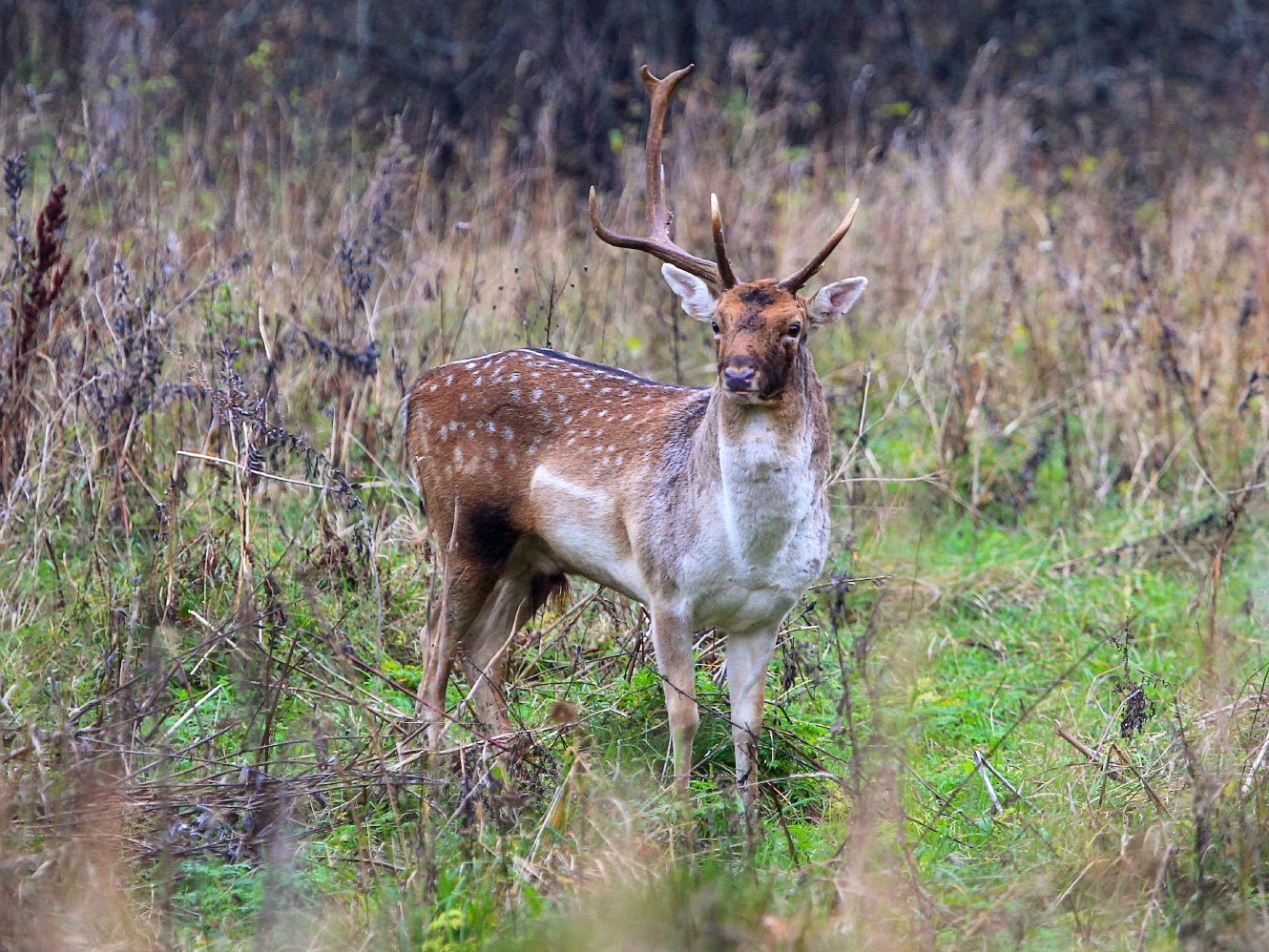 But by some shots, viewers already recognize the place where they were made. Krasny Bor is unique, it is indisputable!

Perhaps my expectations are already too high, because a lot of what I'm shooting now, I’m not satisfied with. After all, there are a lot of pictures on the internet, but you want to post something of your own, outstanding and recognizable, interesting and exciting. To hear the exclamation "Wow!” from those who look at it…

I’ve met the winter “as usually” December 1, 2020. According to the forecasts, it should be shiny in the Lepel and Ushachsky areas. Snow has already covered the ground and trees, but ice is not frozen on the lakes.