After some lull, which falls every year in the middle of summer, in August the autumn migration noticeably revived, and correspondingly the number of interesting observations increased as well. Among those, the meeting with the Pallas's Fish Eagle (Haliaeetus leucoryphus), which we have already told about, is worth noting separately. 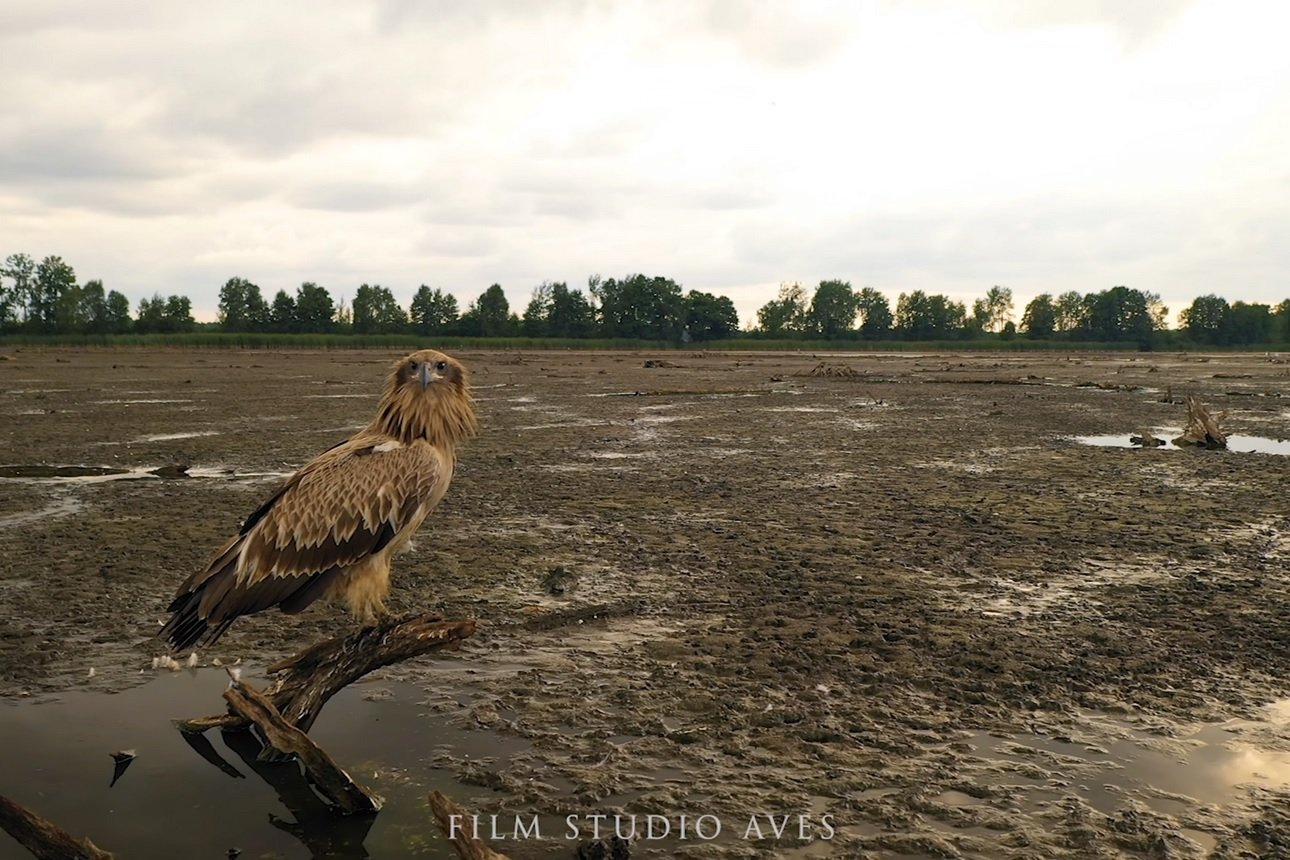 
If at first there were doubts whether we are talking about an individual who escaped from the aviary (this is exactly what happened in 1972, when the Pallas's Fish Eagle was observed in several countries of Western Europe at once), now they have dissipated. At the moment, only one representative of this species is kept in captivity; besides that, the last one is an adult, whereas the age of the bird that has visited Belarus was about three years.

Also, we have to add that Pallas's Fish Eagle is not going back yet and continues to stay on the same lowered pond where it was first noticed. It is clear that from the moment of the first meeting, the main attention was focused on this species. However, other birds of prey were also noted last month. 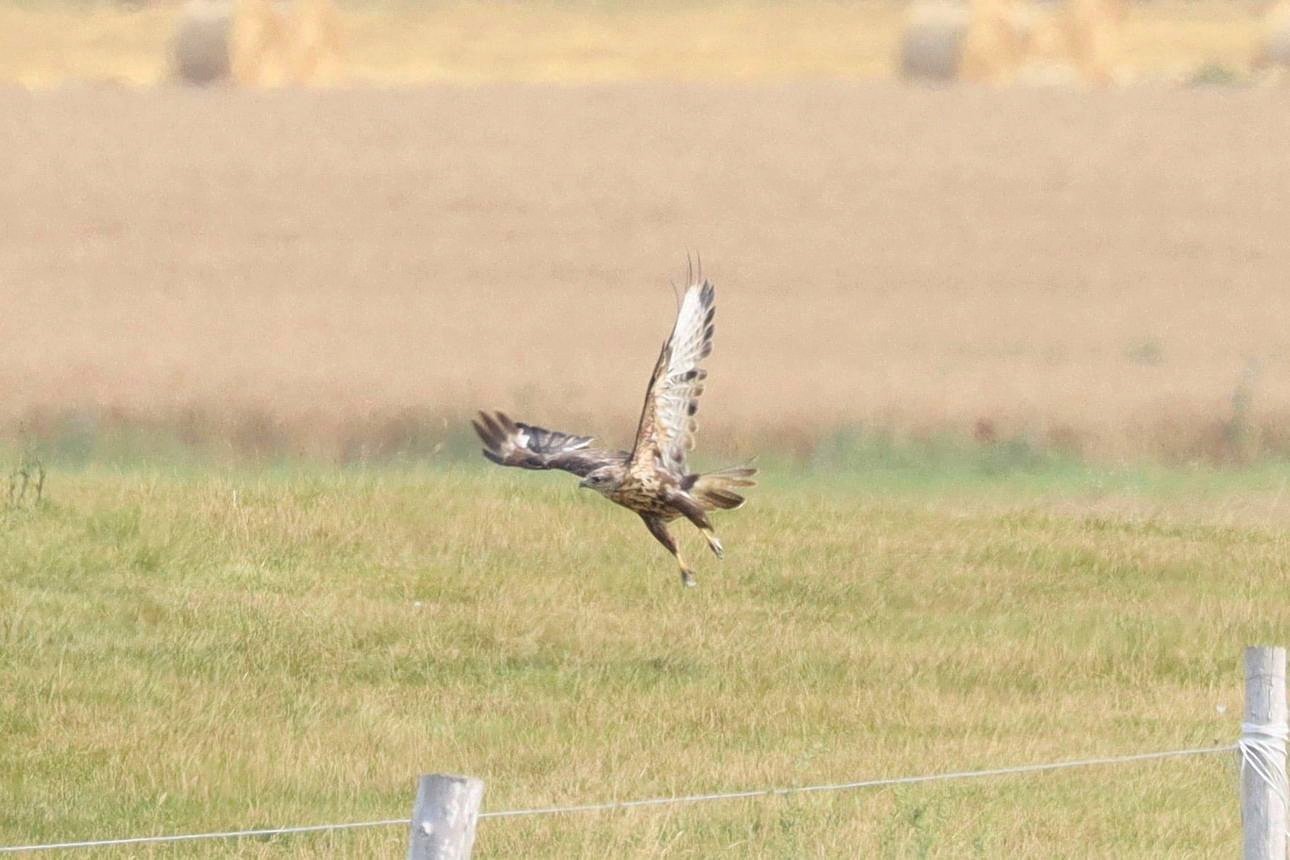 
One of the most remarkable were the registrations of the Long-legged Buzzard (Buteo rufinus): in August 3 birds of this species were observed. On August 1, one of those was photographed near the town of Nesvizh. Also, Long-legged buzzards were observed in the Khoiniksky district on August 7, and on August 15. It cannot be ruled out that some of these birds had been breeding in Belarus, but there is no evidence of this yet.

The same can be said about the Red-footed Falcon (Falco vespertinus) observed on August 7 near the village of Onufrievichi (Slutsky district). This was a fairly early registration (the mass migration of this species through the territory of Belarus begins in the last decade of August). However, there is no reason to draw far-reaching conclusions from it.

In addition, on August 21, one Red-footed Falcon was seen in the Borisovsky district, and the next day another individual was found much further to the north – on the territory of the Lioznensky district. 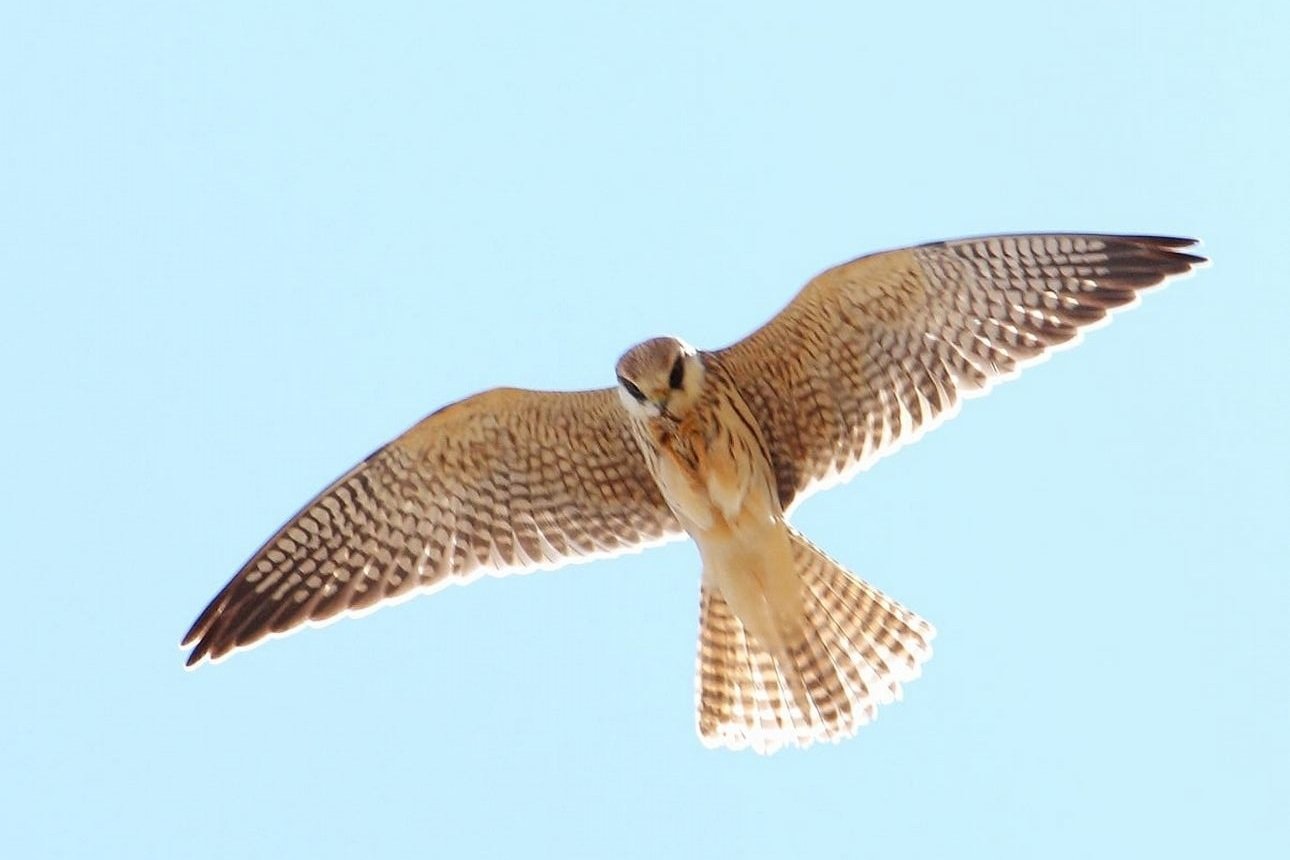 
On August 10, an observation of a Common Barn-owl (Tyto alba) was made on the outskirts of Grodno. There is a high probability that we are talking about a young individual who had recently left the nest and was looking for its own territory.

Numerous registrations of birds of prey pushed the migration of waders into the background. But the last one was also increasing last month. On August 6, the birdwatcher's group noted a Sanderling (Calidris alba) on the Vileisk reservoir. Another encounter with this species occurred there on August 9, when two individuals were found. 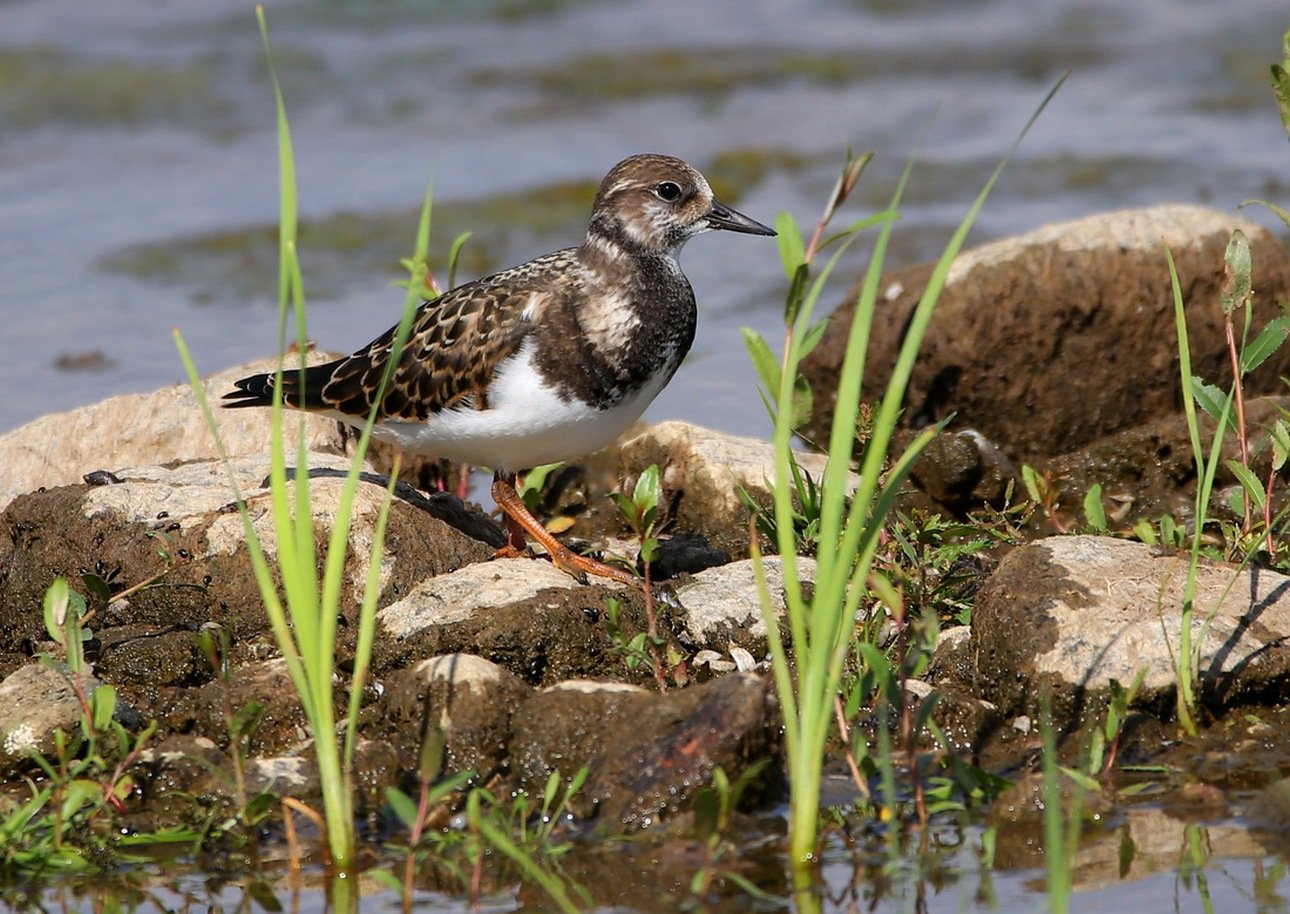 
On August 18, a Ruddy Turnstone (Arenaria interpres) was seen on the territory of Mogilev city. On August 22, one more individual was observed at the water purification facilities of Turov (Zhitkovichi district). It was accompanied by a Broad-billed Sandpiper (Limicola falcinellus). This species was also observed on August 29 and 31 - in the vicinity of Kobrin and Minsk, respectively.

On August 11, a group of birdwatchers observed a Grey Plover (Pluvialis squatarola) at the water purification facilities located near the village of Sinilo (Minsk district. Also only once last month they managed to register a Red Knot (Calidris canutus): on August 31, one individual was found near the village of Obukhovo (Grodno district). In this registration, it is interesting that the Red Knot was feeding on a freshly plowed field. 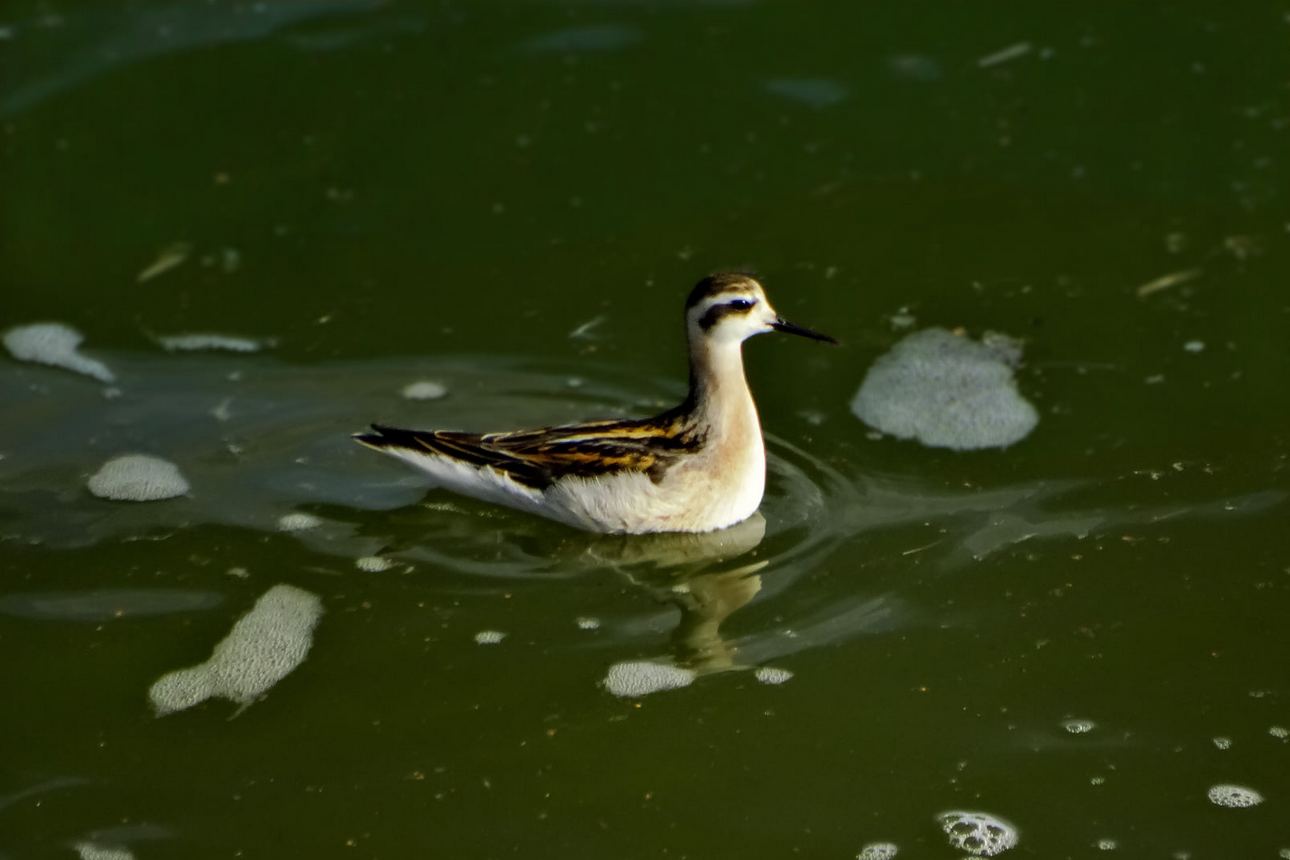 
After a prolonged break, a Little Egret (Egretta garzetta) was again noted in Belarus. One individual was photographed on the outskirts of Minsk. The previous registration of this species dates back to 2019. A group of birdwatchers observed one more Little Egret at the Dneprobugsky fish farm (Drogichinsky district).

A real surprise was to see a Common Scoter (Melanitta nigra) – this big duck was observed on August 3 at the Tznyansky reservoir (Minsk). The mass migration of this species begins much later, so most of the registrations take place in the second half of autumn. 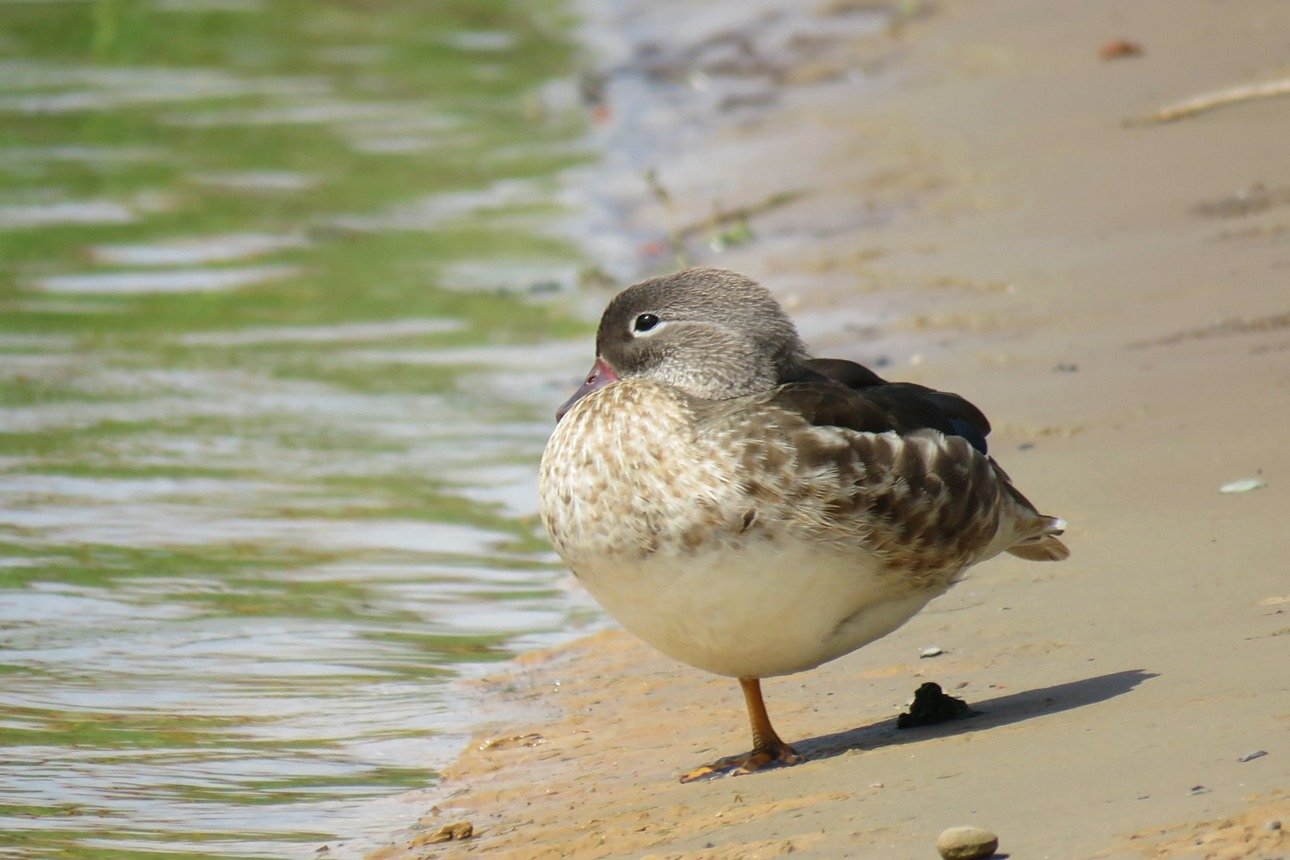 A Mandarin Duck (Aix galericulata). Photo by the author


Speaking of waterfowl, it is impossible not to mention the observation of a Mandarin Duck (Aix galericulata), which was reported on August 8. The bird stayed on the Eastern Berezina River right in town of Borisov, but this bird did not let people to get close. Therefore, it is difficult to say whether we are talking about an individual who escaped from captivity, or about a flight from the territory of Poland, where there is a breeding population of Aix galericulata.

In conclusion, it should be noted that on August 18 a Caspian Tern (Hydroprogne caspia) was found on Lake Sporovskoye, which is located in the Berezovsky district. Three days later, two more Caspian Terns were observed at the fish farm "Volma" (Chervensky district), and on August 29, a group of birdwatchers saw this species at another fish farm - "Dneprobugsky" (Drogichinsky district).

The Pripyat floodplain at the beginning of the fall This spring there was a big flood of the Pripyat River.