This place in Nalibokskaya Pushcha (or just Naliboki), where Red Deer like gathering during their mating season, was found by Viktor Kozlovsky during the previous two nights in the forest.

I joined him in the afternoon. We collected the optics and went to the shooting points.

I hid myself under a straw roll. And I didn't have to wait long. Invisible howlers were approaching me from three sides.

In the descending twilight, I saw three deer in different directions. The far one (initially I saw it on the right) did not come to the center of the field. And two others (older and younger stags) were about to start their duel right in front of me, 60 meters (200 ft) away. But the young deer could not withstand the psychic attack of the stag with massive antlers, and preferred to escape without a fight, disappeared into the thickets. 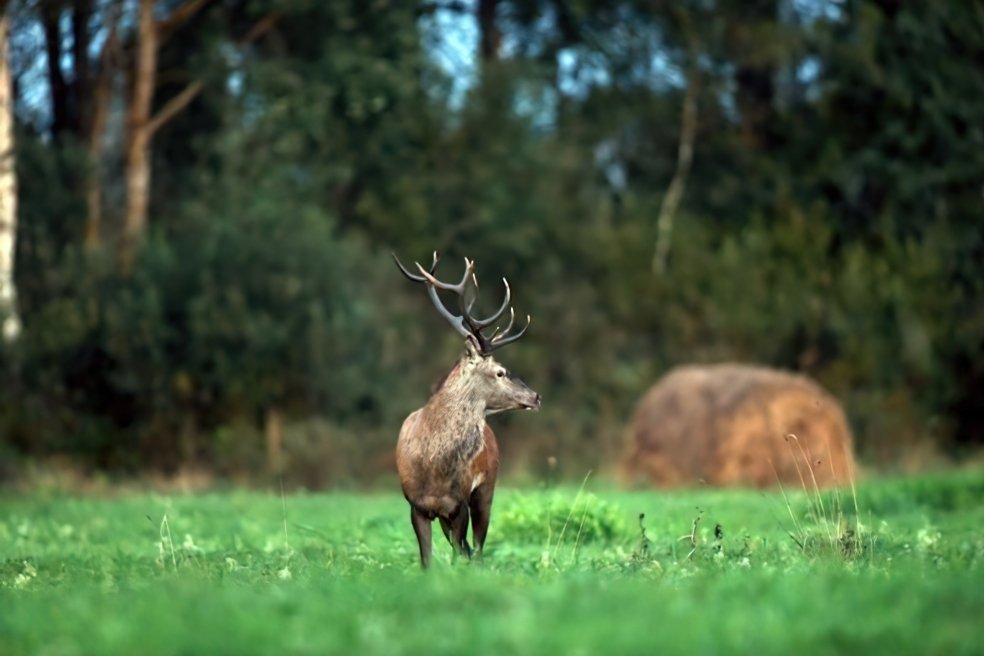 The old stag roared, swayed on the ground, butted birches, sniffed the air and listened suspiciously to the chirping of my camera, trying to figure out if I was also his opponent. 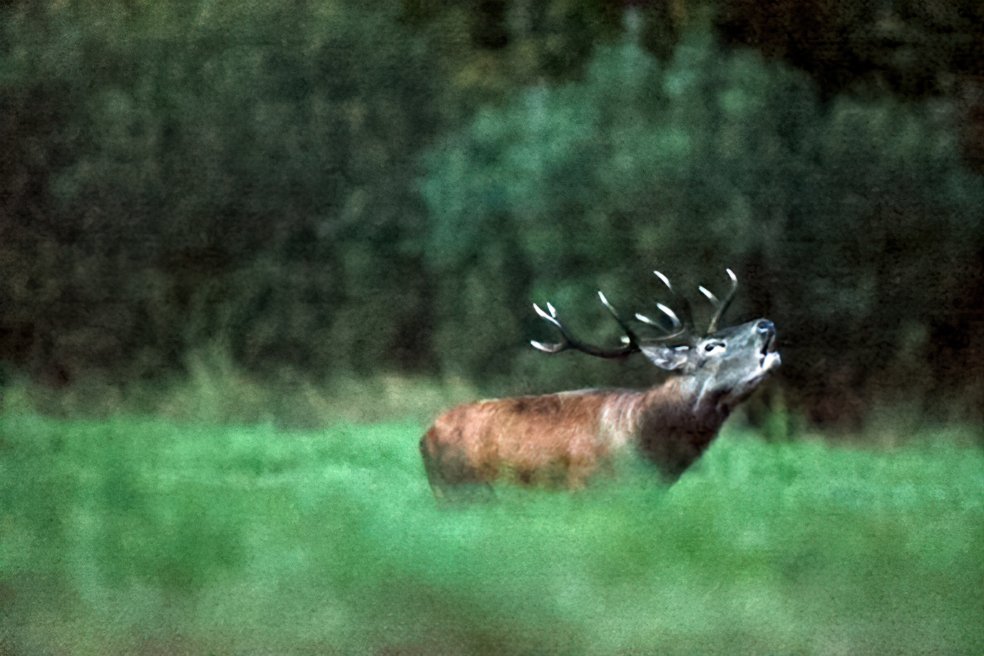 Rapidly it was getting dark with every next minute. The sensitivity in the camera had to be set to the maximum - 40,000 ISO, the autofocus in the 600 mm lens stopped working, and I didn't even try to make a sharp frame, but was just shooting randomly. 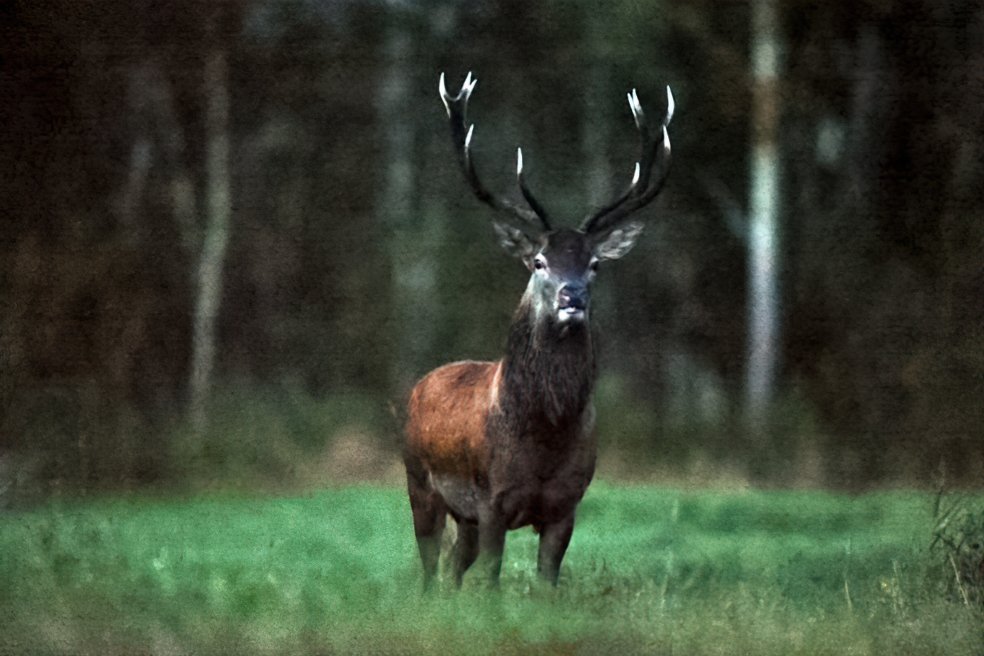 It was creepy to see this hill of muscles approaching me in a cheerful fighting mood. But the rapprochement stopped as soon as the stag felt human smell and realized the situation.

The stag with massive antlers chose not to take risks and solidly, with dignity, carried himself into the saving darkness.

After waiting some more time, I also left my ambush. 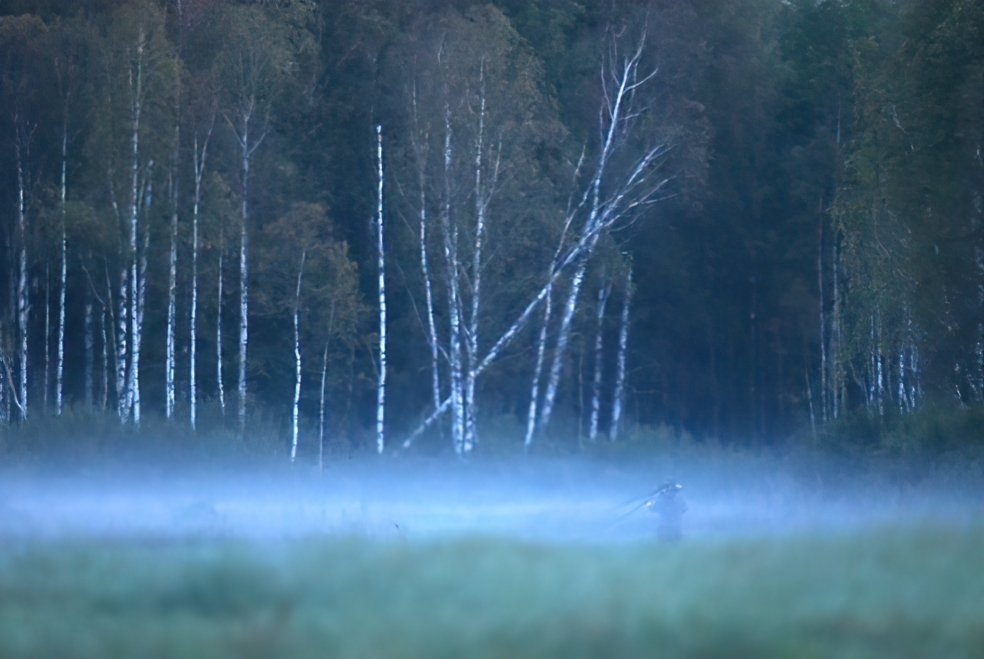 After such an impressive evening, we spent the night in cars under a huge firmament strewn with thousands of large autumn stars. They were especially bright on a moonless night.

And periodically, from all sides, moans and roars of deer could have been heard from the forest darkness of Nalibokskaya Pushcha.