The most interesting lakes of the Polotzk district

Hardly anyone can say exactly how many lakes are located on the territory of the Polotzk district. There are hundreds of them here. However, some of them deserve a separate narration.

Glubokoe Lake is surely one of those: it is considered to be the cleanest one in Belarus. In summer, the transparency of its water can reach 9.5 m (31 ft) - this indicator is measured by lowering a special white disk into the water, which should be visible at a certain depth.

For the purity of its water Glubokoe Lake is popular among Belarusian divers. However, it has a downside: the low content of organic impurities made it poor in fish.

Another interesting feature of Lake Gubokoe is the thickets of Greater Water-moss (Fontinalis antipyretica) and Merlin's grass (Isoetes lacustris), which penetrates to a depth of up to 1.5 m (5 ft). To preserve these rare species, as well as the lake itself, the local Glubokoe–Cherbomyslo Nature Reserve was created in 1979. 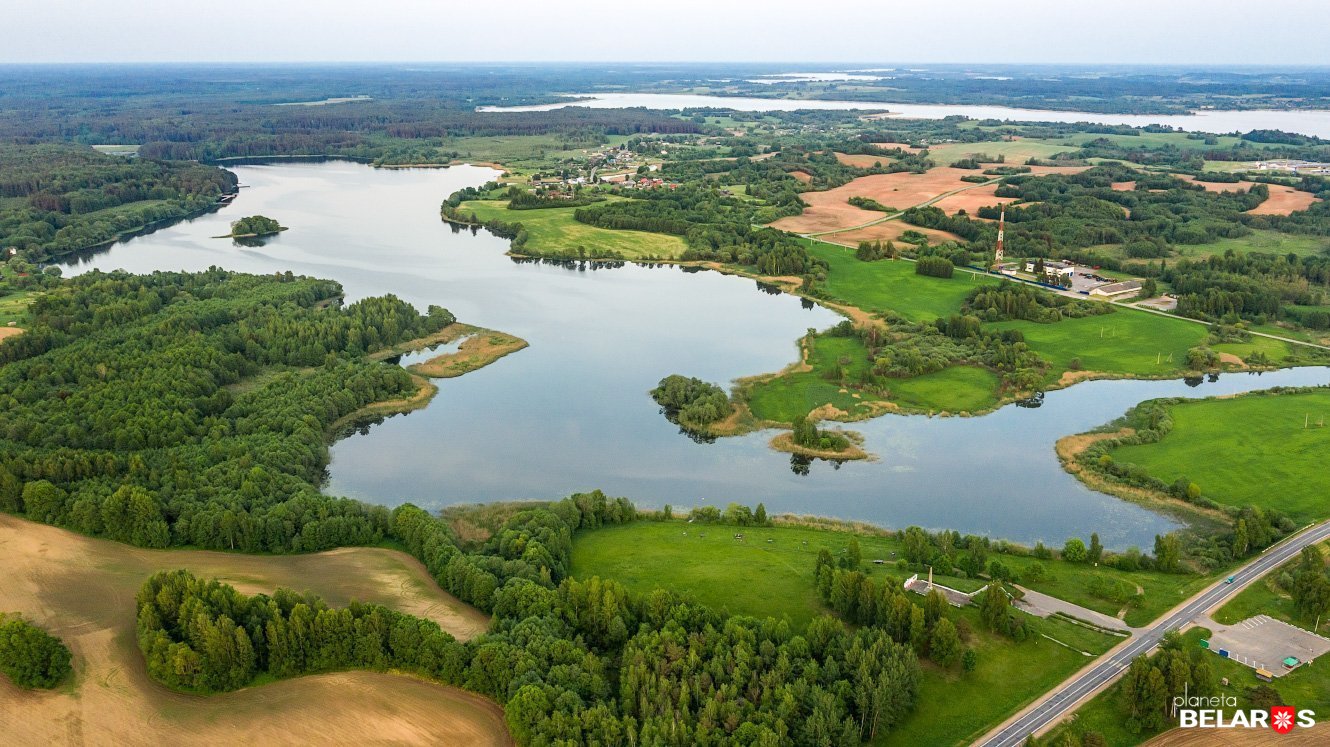 
Anyone who has passed along the Minsk-Polotsk highway at least once, probably paid attention to a strange road sign with the inscription "Gomel". Of course, we are talking, not about the regional center, but about the reservoir of the same name, which is connected by a channel with Lake Shchaty. 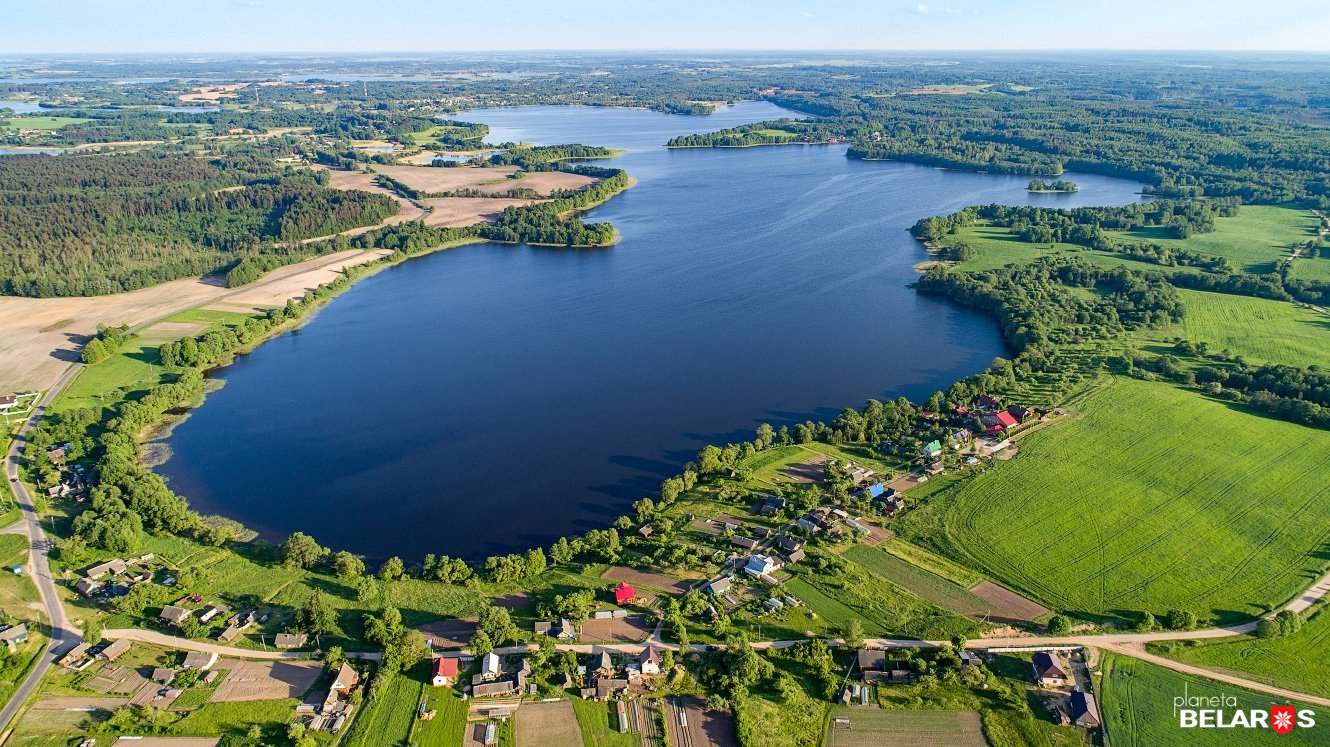 
In addition to the remarkable name, Lake Gomel is also known for the fact that at one time it became an important center of resistance to the Nazi occupation. There was the headquarters of the partisan brigade named after K. E. Voroshilov located on its shore was; as well as the underground Vetrinsky regional Committee of the Communist Party. Two war memorials remind of those times at once (they can also be seen from the highway). 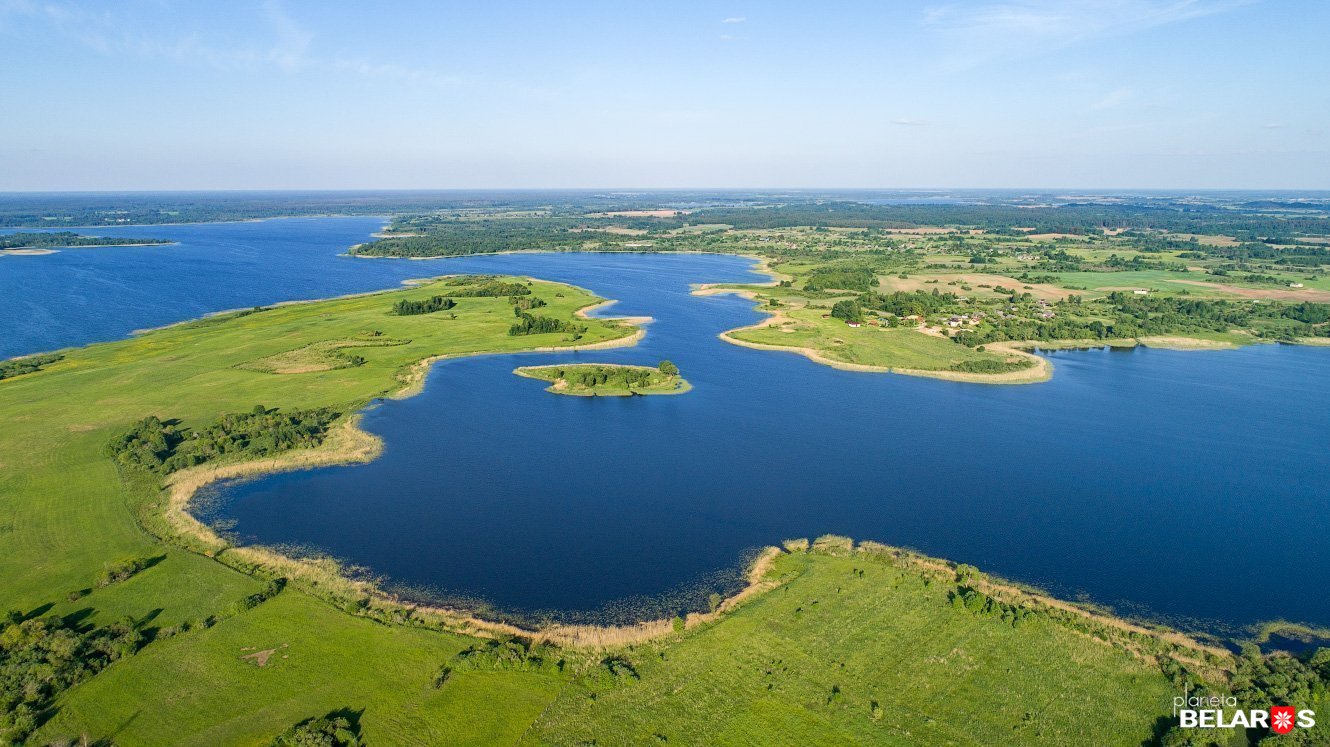 
The nearby Turzhets River flows into Lake Yanovo. At first glance, this reservoir is unremarkable. The only thing that catches the eye is the rugged coastline with a total length of about 25 km (15 mi). It forms many bays and capes, which makes the wooded shores of Yanovo very picturesque. 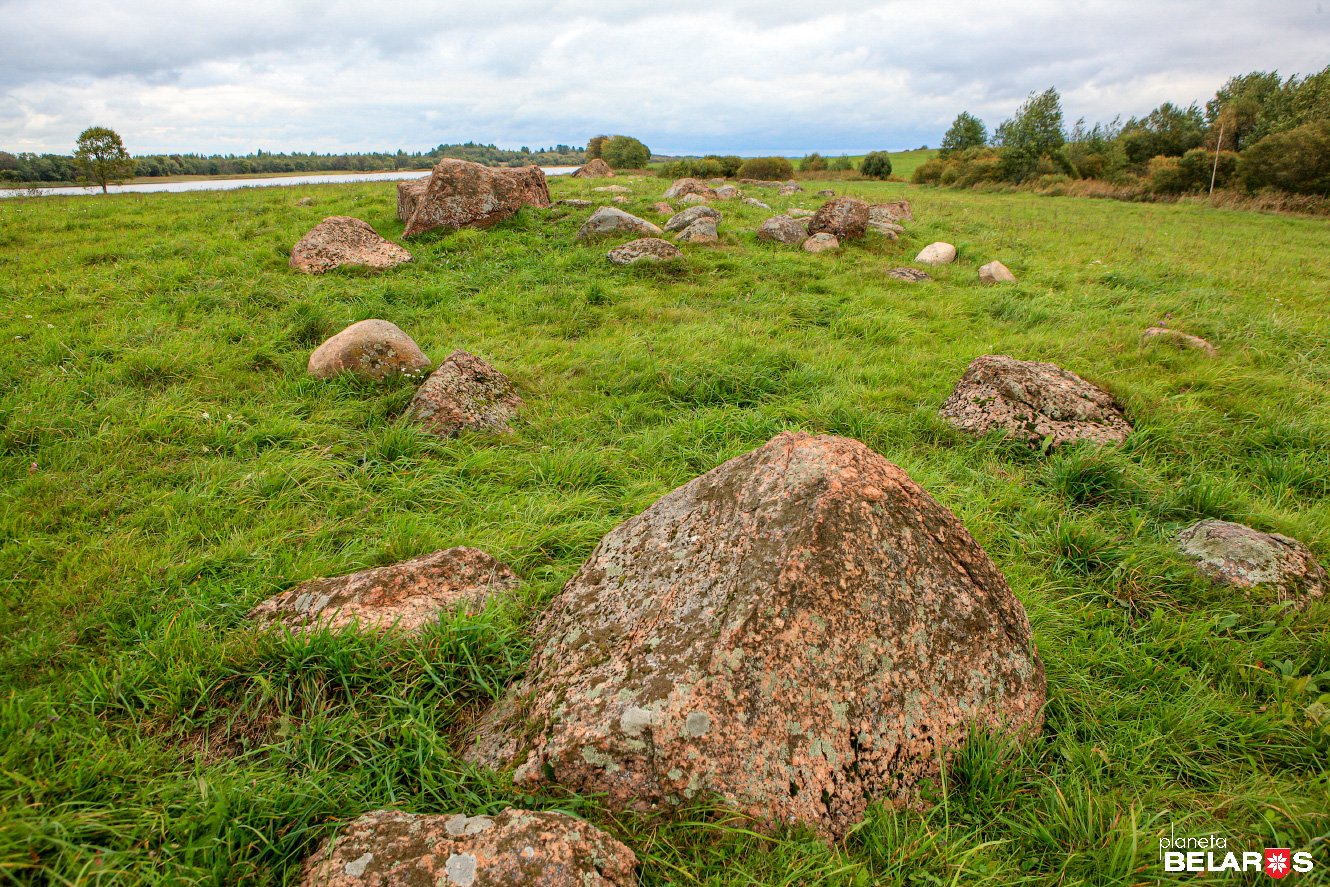 However, it was not beauty that brought fame to this lake. A unique “construction” dating from the Stone Age is located nearby. It consists of boulders that are arranged in a certain order. There are serious reasons to believe that this place was used in ancient times as an observatory, and its unofficial name (“Belarusian Stonehenge”) reflects this fact.

26 km (16 mi) north-west of Polotsk, near the village of New Zamshany, the Wolf's Ear Lake is located. The reservoir with low swampy shores, whose area is only 0.07 km2 (17 ac), would hardly have attracted attention if not for its name. Scientists explain its occurrence by the unusual shape of the lake.

However, local residents tell a legend about a hunter who was engaged in shooting wolves, receiving a reward for it. As a confirmation, it was necessary to present the severed right ear. Once the headman doubted his honesty, and then an angry hunter threw the ear into the lake, which changed its shape as a result.

Another interesting feature of the Polotsk district is that there are seven lakes at once, which are called Beloe (“White”). This popularity is difficult to explain. Let's try to figure out how these reservoirs differ from each other. 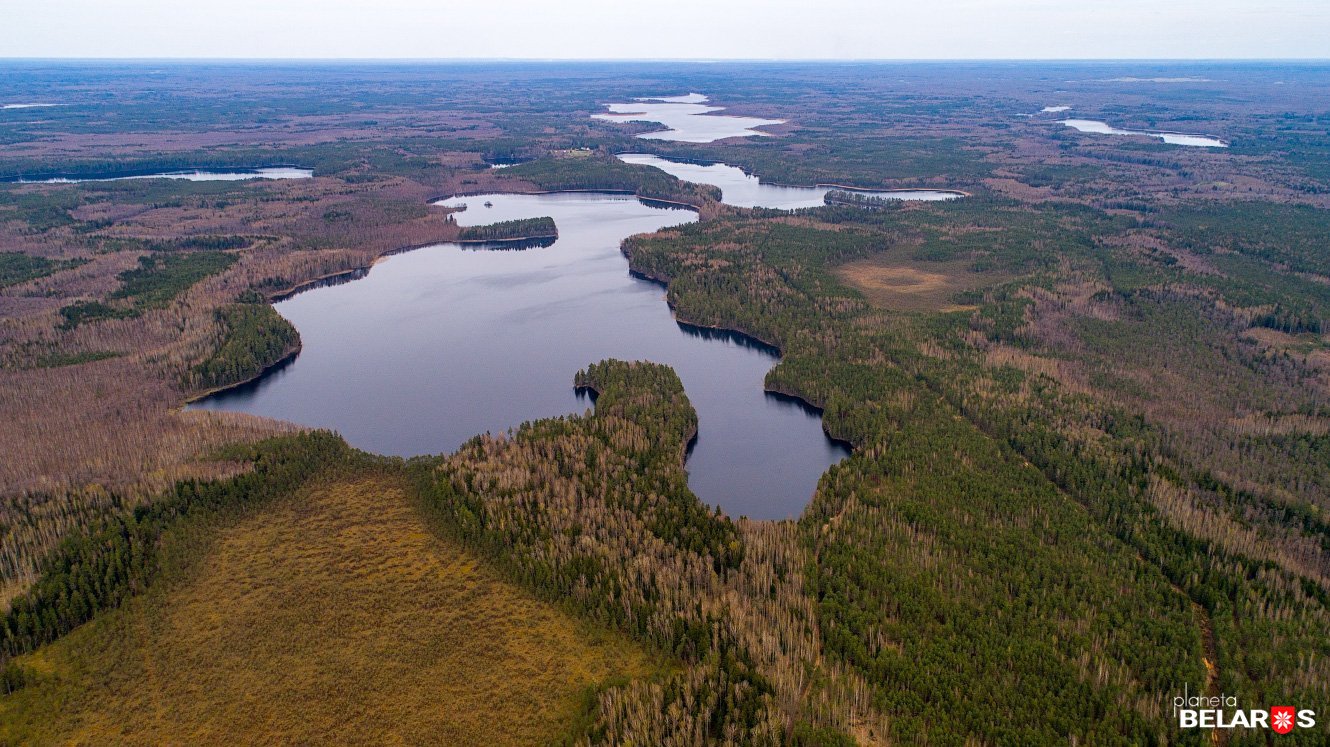 
Lake Bolshoe Beloe fully justifies its name: the area of the water surface is 1.45 km2 (358 ac), which is noticeably more than that of the "namesakes ". This reservoir is surrounded by a difficult-to-reach area, which is heavily swampy and covered with dense forest. Its characteristic feature is the high transparency of the water, which can reach 4 m (13 ft). There is also a rare plant red-listed in Belarus, the Merlin's grass (Isoetes lacustris), which forms something like underwater meadows.

The nearby lake Maloe Beloe (Lesser White Lake) serves as the source of the Svina River. The picturesque appearance of this reservoir is provided by high banks covered with forest. The water in it is even cleaner (in summer its transparency is 5 m (16 ft) or even more), which creates excellent conditions for diving and spearfishing, since pike perch, pike, roach and other species live in this reservoir. 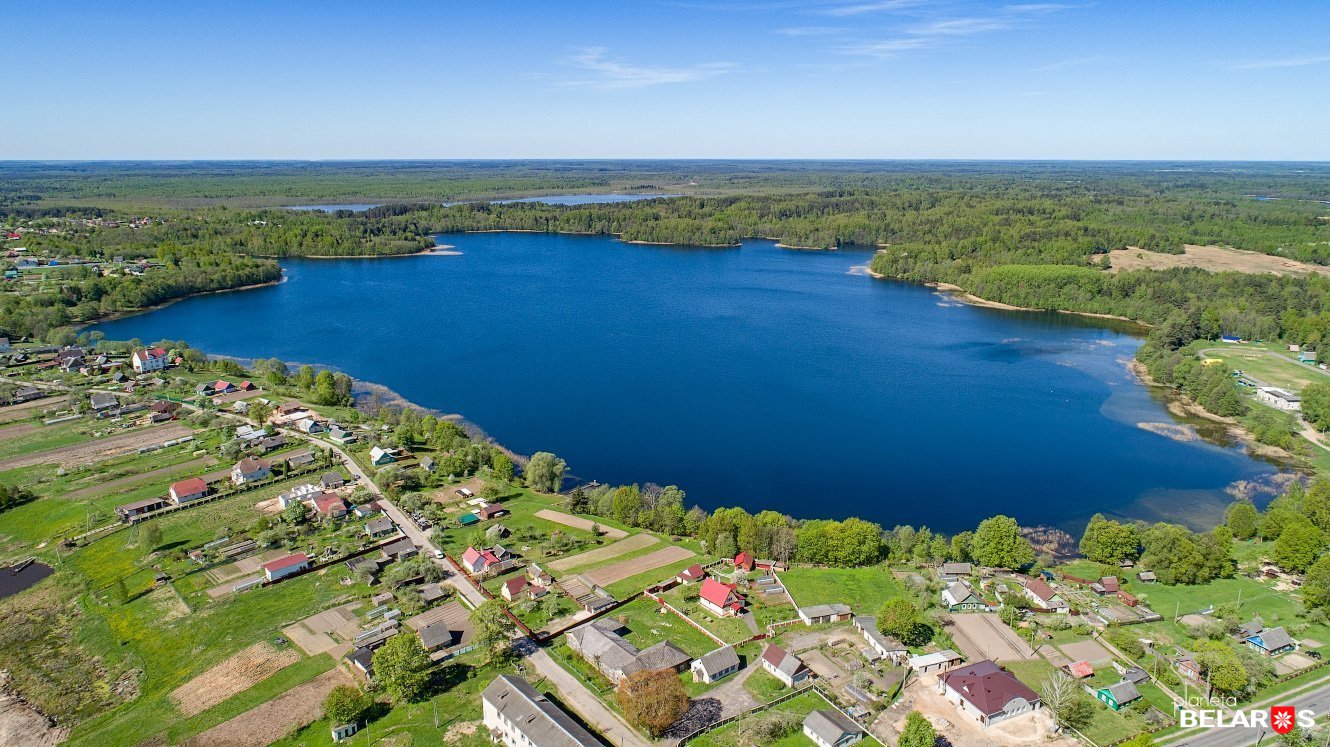 
Lake Beloe, which is located 14 km (8.7mi) north-west, between the village of Azino and the village of Tinovka, boasts a winding coastline with many bays and peninsulas. There are springs at the bottom of this lake. The cold clean water coming from them attracts a rare species of fish – the European Cisco (Coregonus albula) which is considered a relic of the ice age. The international highway R-114 Polotsk-Opochka passes nearby. 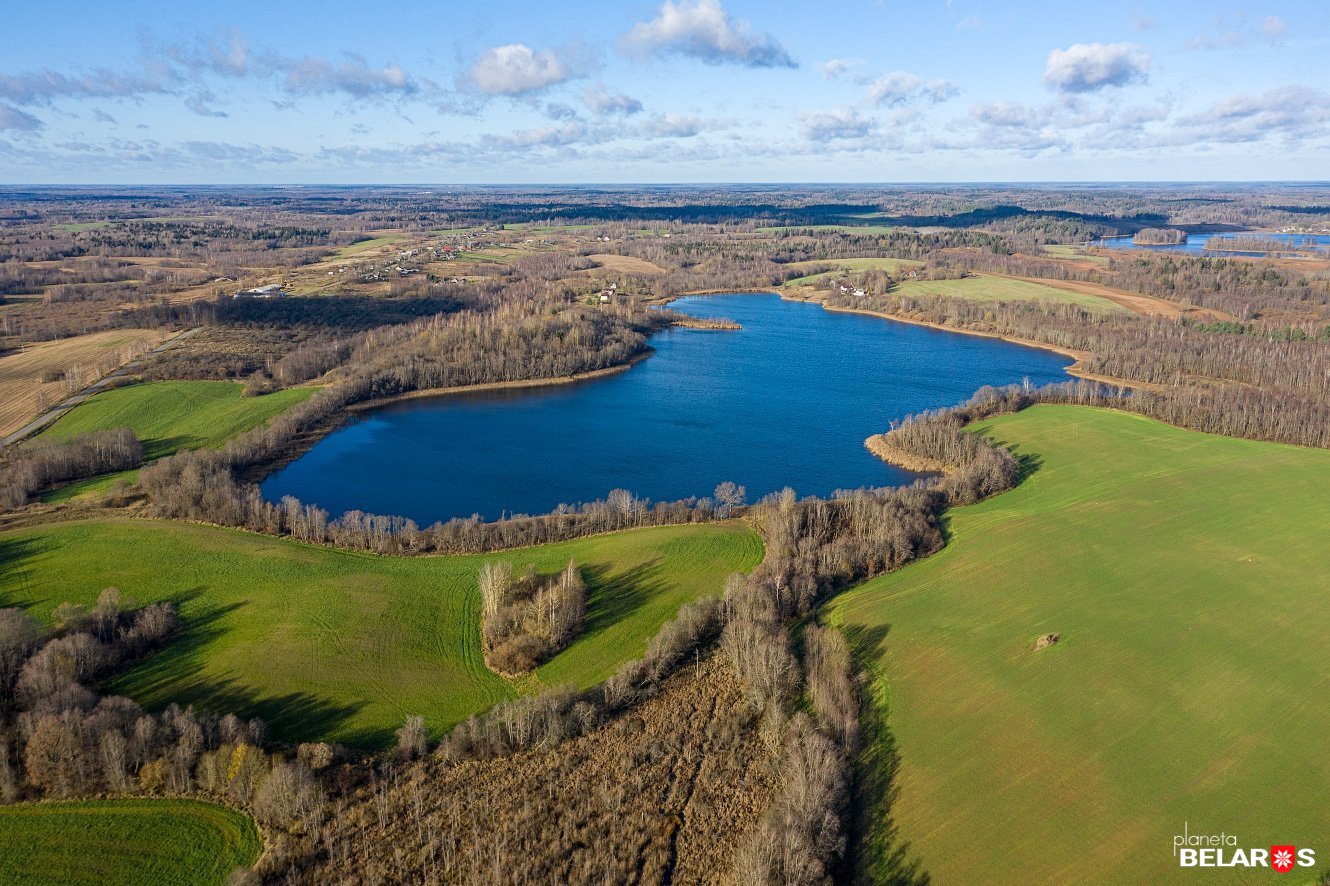 
Another Beloe Lake located near the village of Danevo is surrounded with forest on almost all. It is famous for the abundance of wild berries. Combined with the high shores, this makes it a popular holiday destination. It is also very common to see fishermen here. 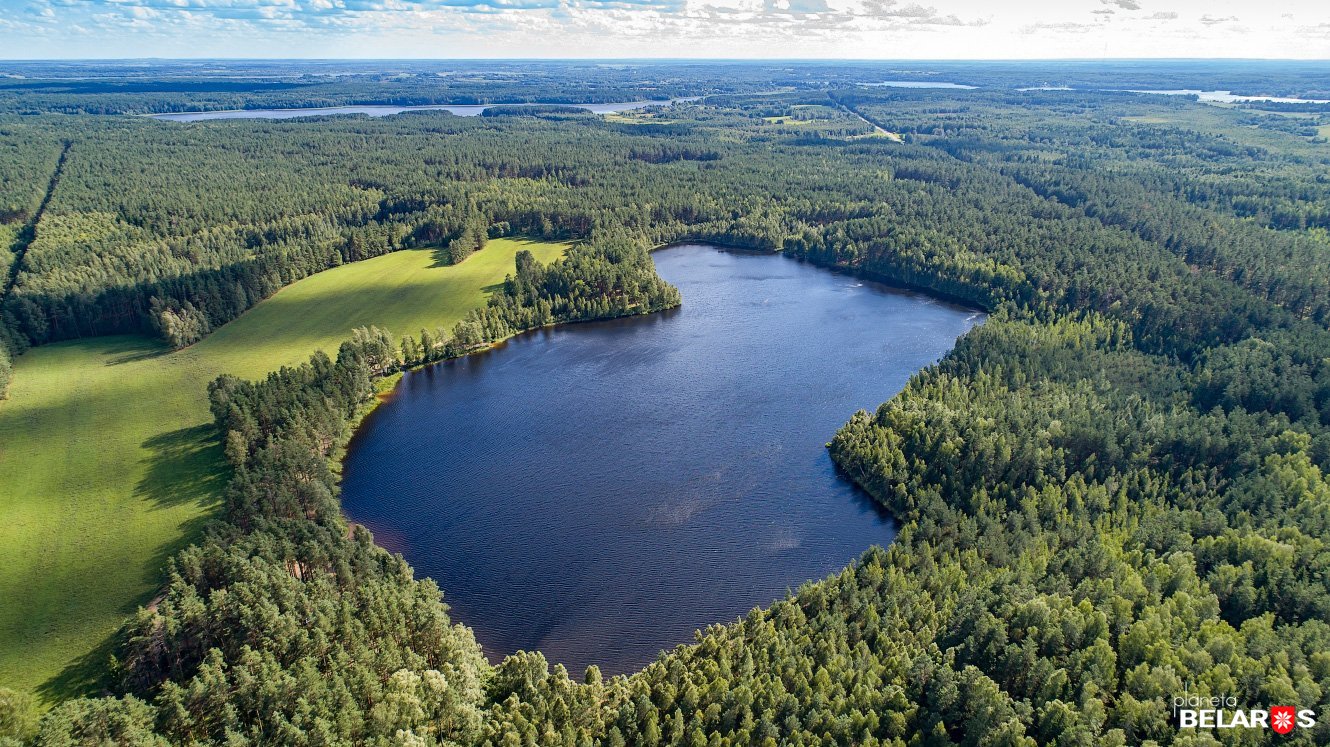 
One more Beloe Lake is located 14 km (8.7mi) south of Polotsk, whose area is only 0.13 km2 (32 ac). This reservoir is surrounded by a swampy floodplain with a dense network of reclamation channels. It belongs to the Diva River basin. 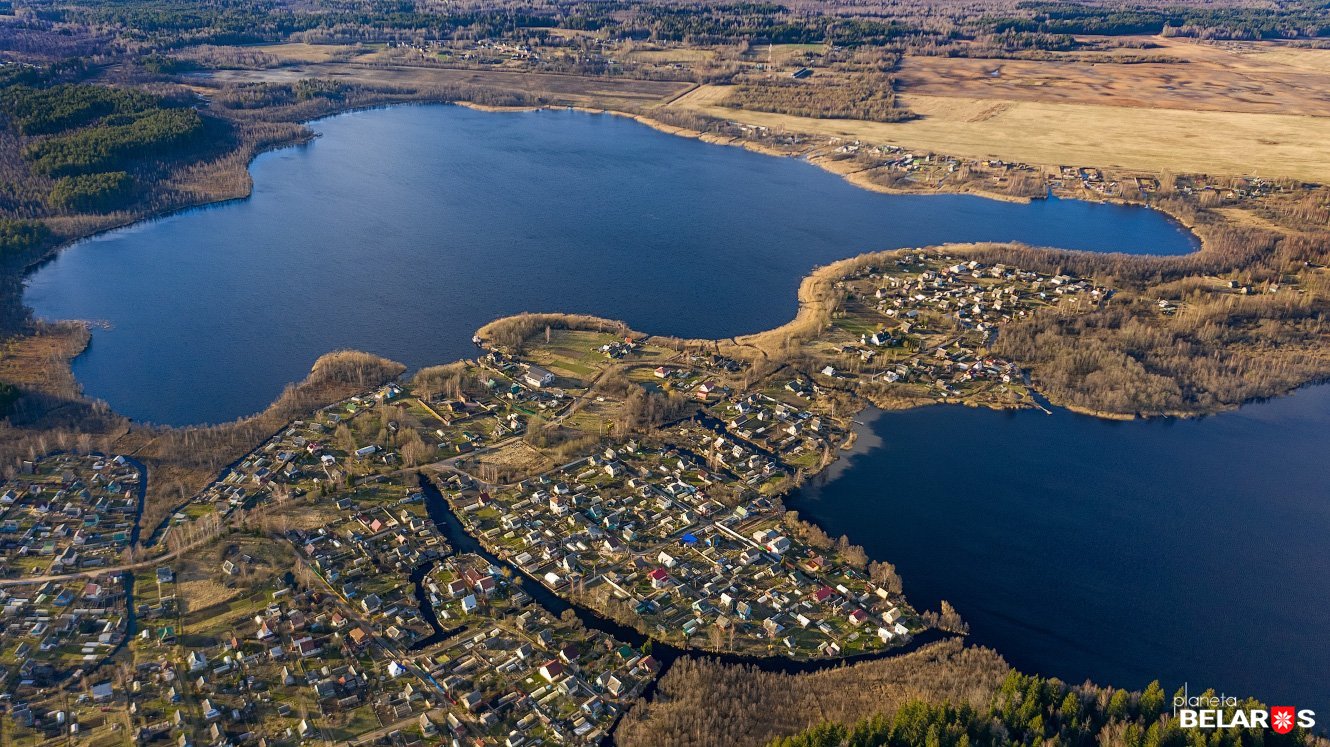 
The next Lake Beloe, which is located 4 km (2.5 mi) north of Polotsk, is connected by the Dokhnarka River flowing through it with neighboring reservoirs: Lake Chernoe (“Black”) and Lake Dokhnarskoye. Thanks to this, it becomes possible to organize multi-day water trips. This Lake Beloe, like many other reservoirs in the Polotsk region, is characterized by a strongly indented coastline.

The Ispol River flows into one more Lake Beloe, which you can find near the village of Bolshye Osetki, near the border with the Rossonsky district. If you want to visit it, you will have to make a lot of effort: the uninhabited area surrounding this reservoir is covered with forest, which is swampy, as well as the low shores of this lake themselves. In the vicinity of this Lake Beloe, the Golden Eagle (Aquila chrysaetos) has been observed more than once – a rare species of birds of prey, which is red-listed in Belarus.

The Pripyat floodplain at the beginning of the fall This spring there was a big flood of the Pripyat River.