Sanctuary "Osveisky": the tourist season is in full swing!

Director of the Republican Landscape Reserve "Osveisky" Igor Romanyuk told us that today excursion services around the entire reserve and its pearl - Lake Osveisky - with a visit to his island are very popular in the region. The recording is in August. People travel so actively that last year's numbers for the reception of tourists have already been exceeded. 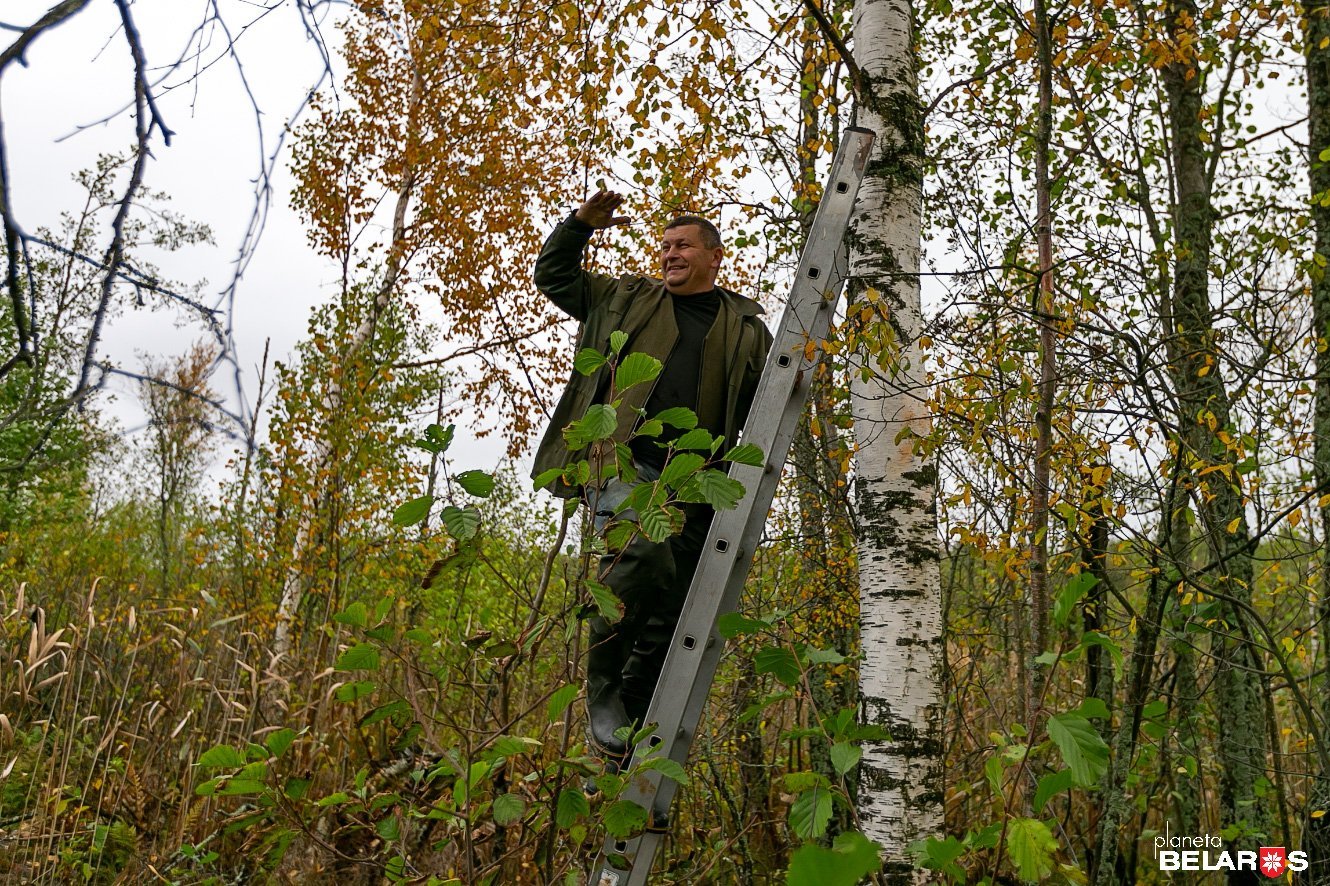 Igor Romanyuk on the island during an action to build nests for predators and waterfowl. 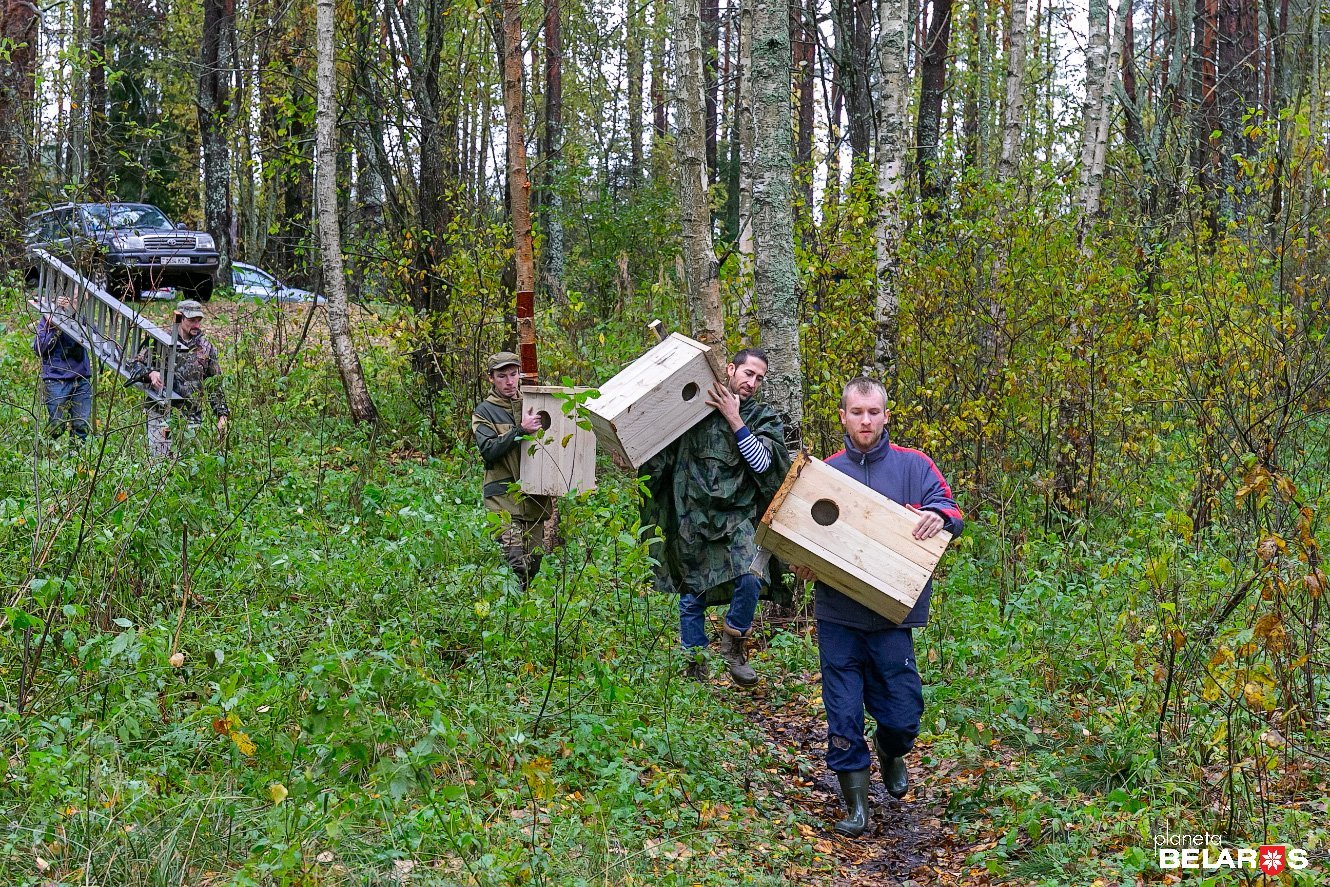 To be honest, we did not expect such a number of tourists, Igor Grigorievich admits:

“For example, 40 people want to get to the island next weekend, 10 of them with an overnight stay. We practice this, on the island there is a place for setting up tents and a fire. And there you can get firewood nearby ... We take it to the island on a motor boat that can accommodate 4 people.

Accommodation is also organized in the visitor center; last year's prices have not changed yet: 10 rubles per bed.

Tourist and excursion services in the Osveisky reserve today can be paid in the "Settlement" system (ERIP), in the section "Tourism and recreation" - "Excursions, attractions" - "Osveisky reserve". 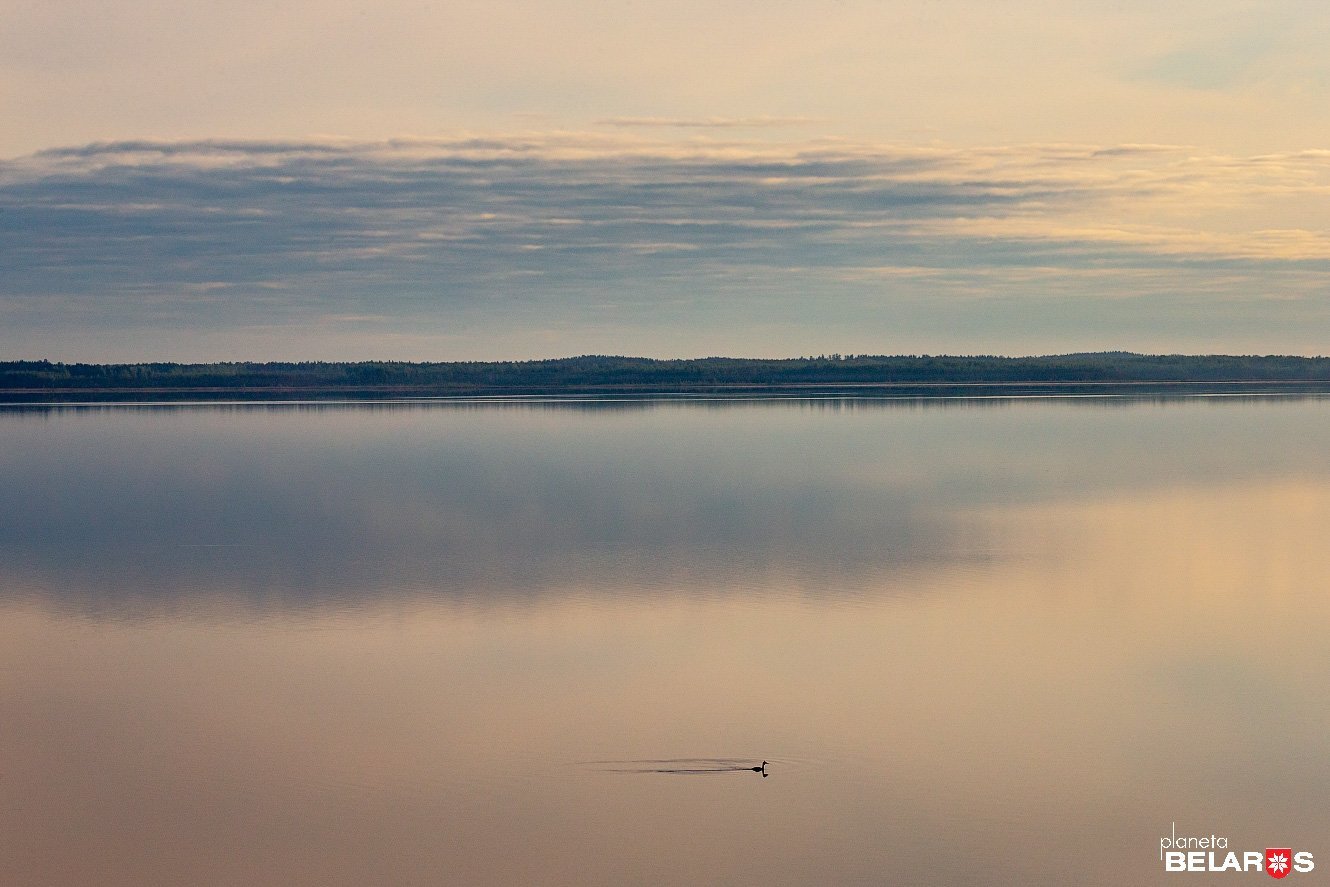 Lake Osveyskoye, the second largest lake in the Republic of Belarus, is located in the Verkhnedvinsky district of the Vitebsk region. This is one of the most mysterious places in Belarus.

In area - 52.8 square kilometers - it is second only to Lake Naroch. The depth of Osveisky is 7.5 meters.

The Finno-Ugric tribes who once lived here saw in this lake an entrance to a parallel world.

According to their legends, in the waters of Osveisk there lived inhabitants similar to people who owned enormous wealth. They could voluntarily share the treasures, but the conquerors, who went in search of gold with greedy intentions, never returned. 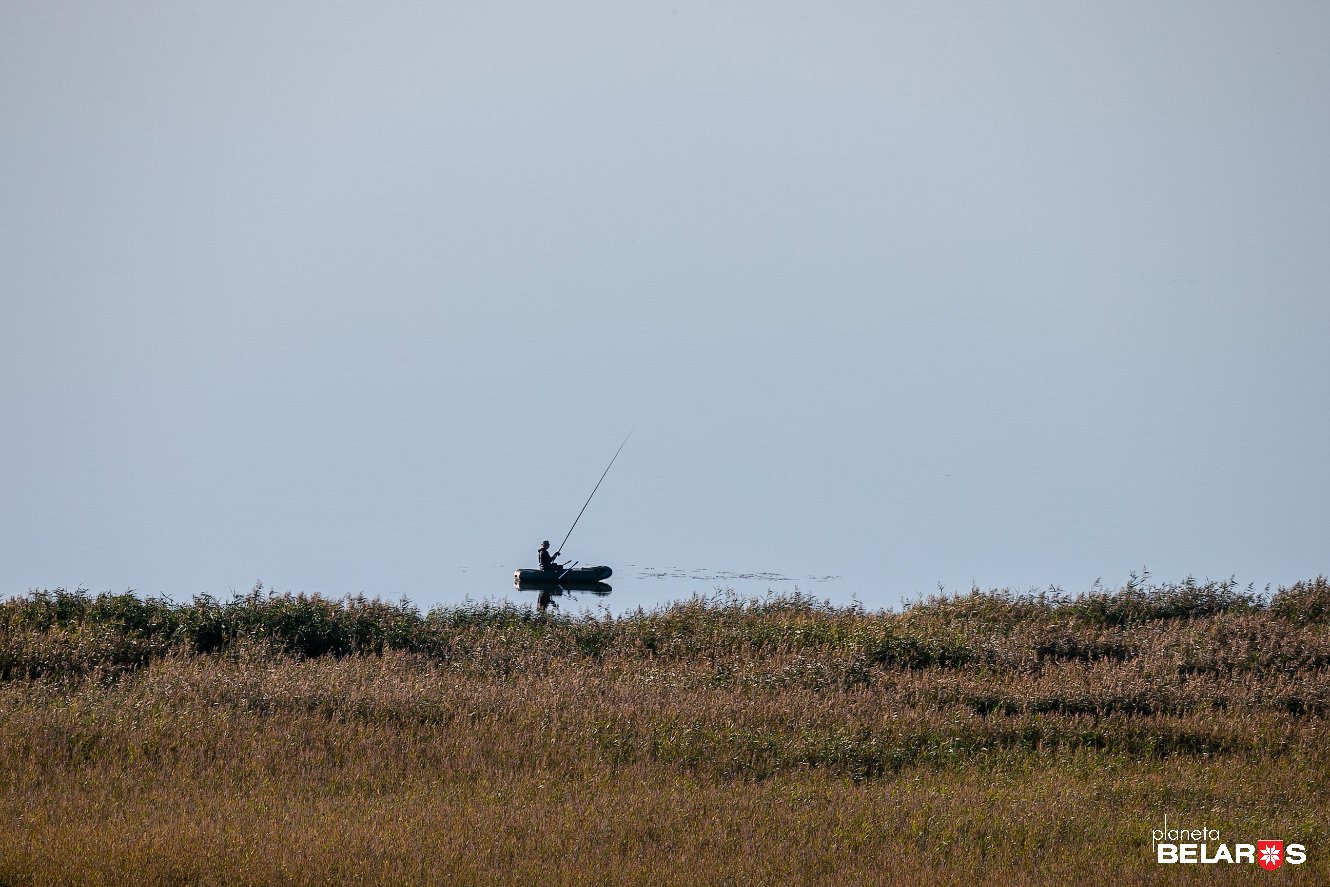 Here, like at sea, there are serious storms and waves: freshwater Poseidon at times reminds of itself, demanding a sacrifice. And the fishermen who today catch fish and crayfish in this lake strictly observe numerous rituals of preparation for each exit. 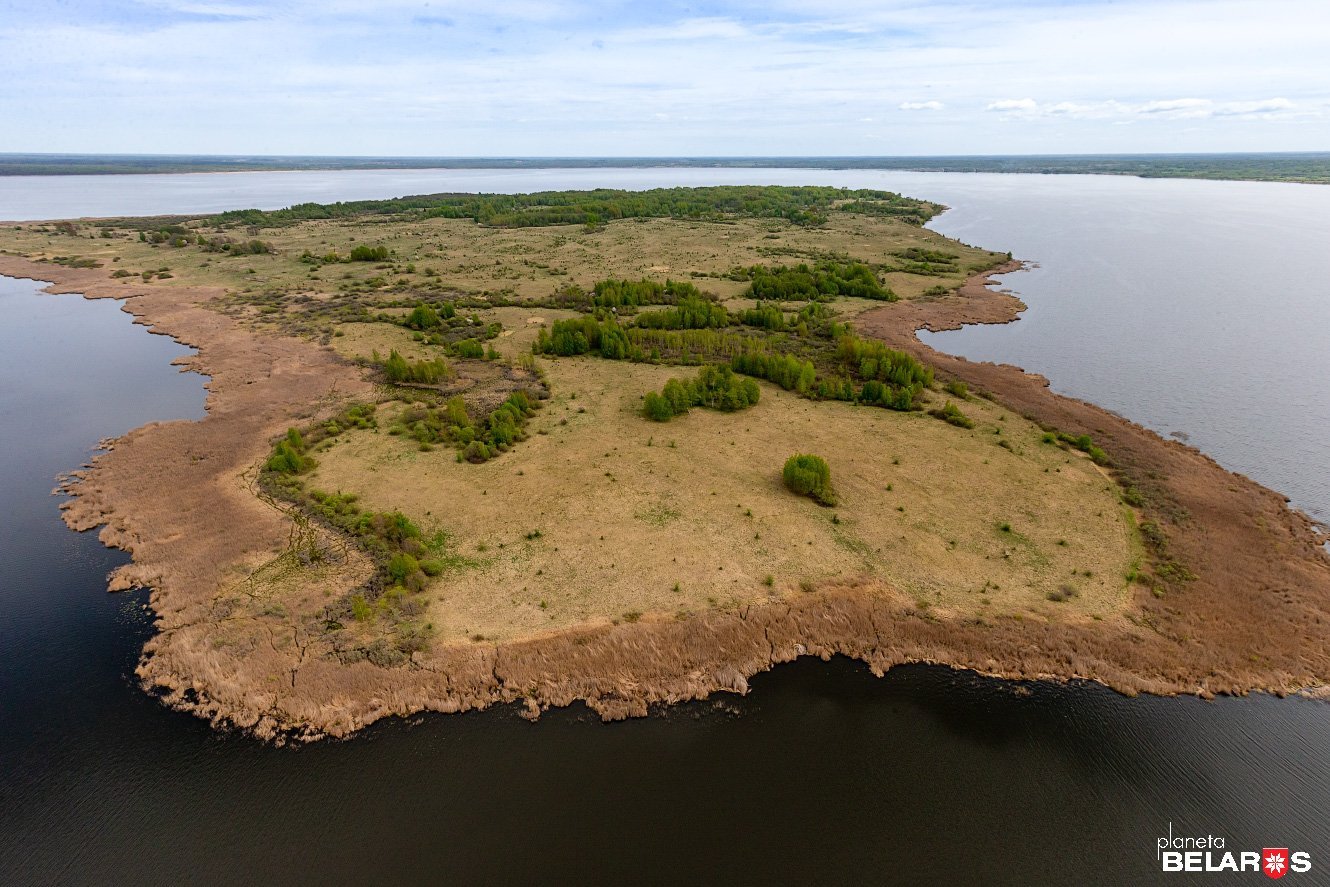 The largest island of Belarus with the shortest modern name - Du is located on Lake Osveisky. Old-timers call it respectfully and reverently, The Island. Until now, there are heated discussions in social networks about which name is correct ... And we will definitely find out!

The island was inhabited 50 years ago. Until the middle of the last century, people lived and worked on it. Now elks, deer, raccoon dogs and many birds are in charge of the land overgrown with bushes, and only the old cemetery here reminds of the past life of people.

Today it is the territory of the Osveiskiy landscape reserve. And the lake itself is leased from the "Krasny Bor" hunting farm.

Who is the Boss on the lake?

The floating island is the second attraction of Lake Osveisk. Not attached to the bottom, it slowly drifts along the surface of the water at a low speed: depending on the wind - 1-1.5 kilometers per hour.

The island, nicknamed the Master by the locals, resembles a nest. Instead of soil, there are tightly intertwined roots, twigs and algae.

Each year the island grows in size, collecting everything in its path, and together with other, smaller floating islands, contributes to the swamping of the lake.

Fishermen in revenge for the ruined nets call this island the Ghost. 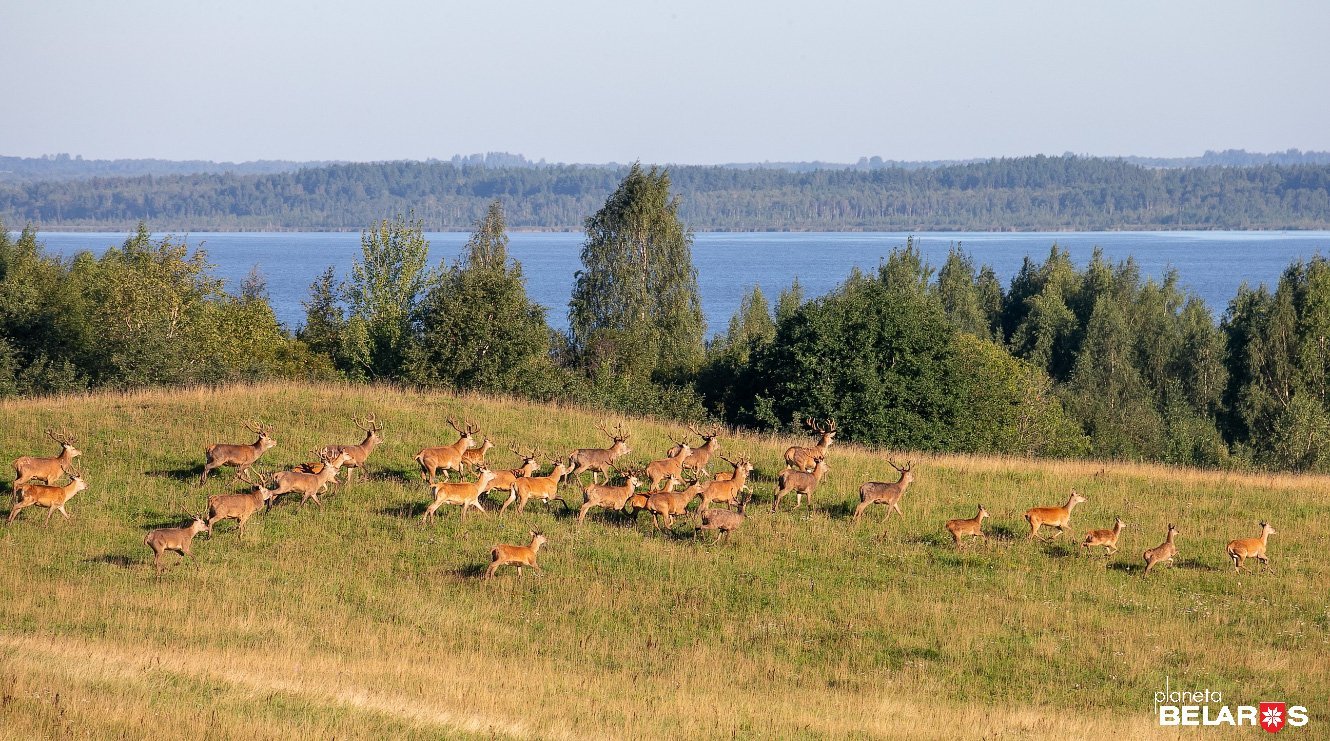 Such a panorama in Belarus can only be made on the shores of Lake Osveisk. 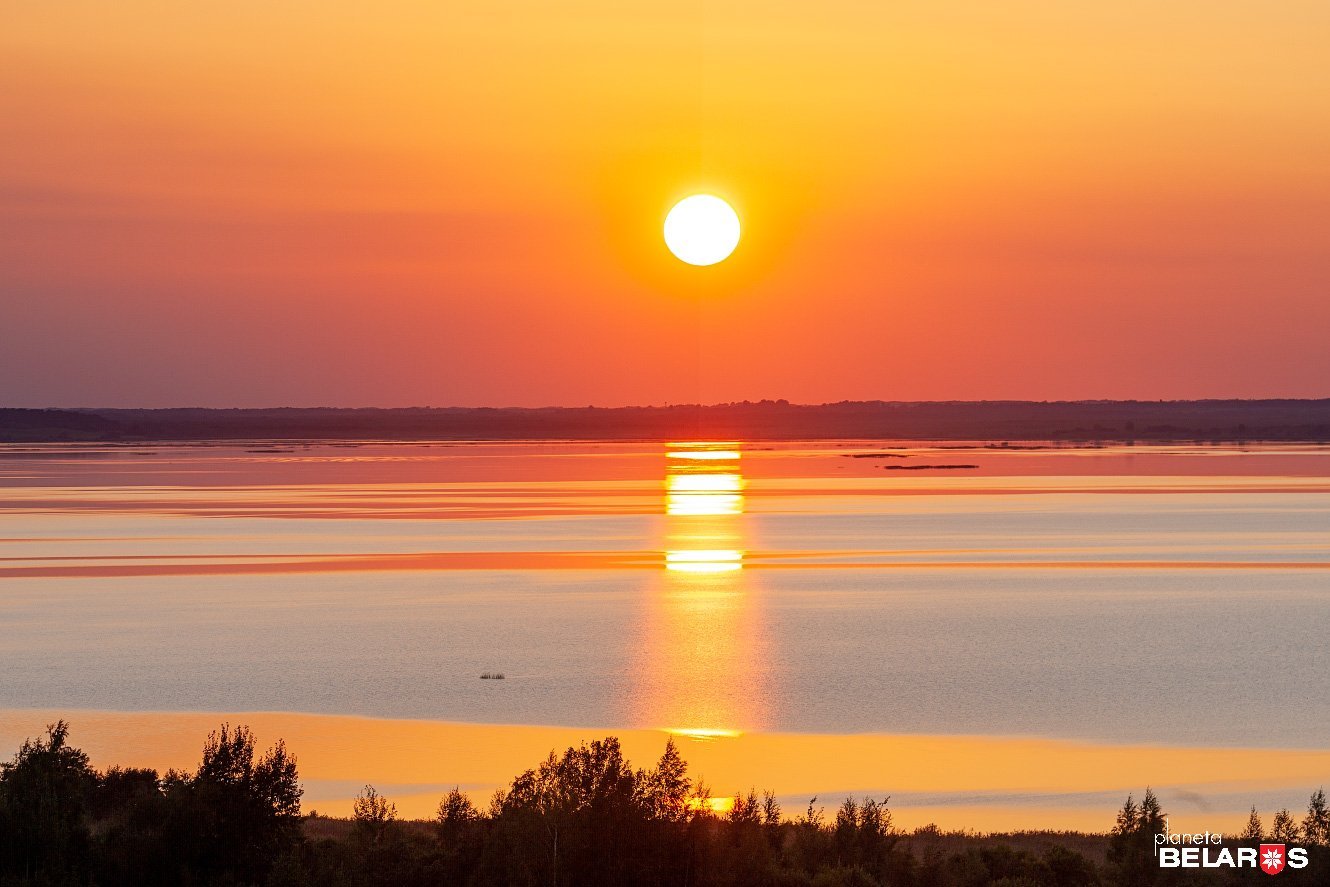 In the evening from the eastern heights, it seems endless ...

Osveiskaya land is full of legends and mysteries. Come and see for yourself!