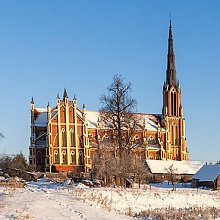 During this excursion picturesque monuments of architecture of XVII-XX centuries will pass before your eyes on a background of wonderful landscapes of the Privilege region, famous for its famous natives - writers, artists, diplomats...

The cost of the excursion (35 rubles) includes: travel by a comfortable bus and sightseeing support on the route. 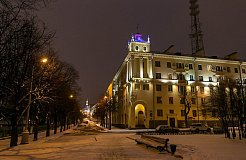 2Zasvir
One of the most beautiful places in the Naroch region is the village of Zasvir. Here, in a quiet corner, three centuries ago Carmelite fathers founded a church and a monastery. The temple building is adjoined by a park, in which 300-year-old oaks have been preserved. Nearby there is an old manor house and a grave of German soldiers from the First World War. 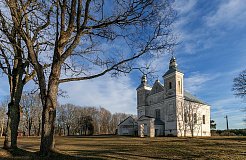 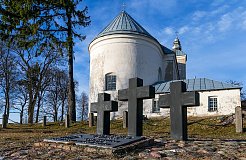 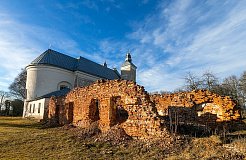 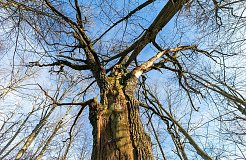 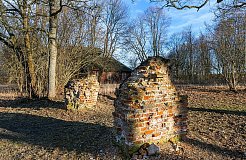 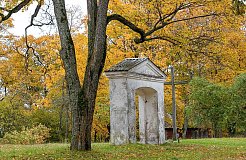 3Mikhalishki
Mikhalishki is known for its monumental baroque monument of XVII-XVIII centuries. - Augustinian church. The one-nave two-tower church was built by the Flemish architect Christoph Pence. It is distinguished by the elegance of the interior, richly decorated with white and blue bas-reliefs of Stukko, close to the decor of the famous church of Peter and Paul in Vilna. And this is not by chance: Pence worked on the interior decoration of the church together with the Italian artist Perti, one of the authors of the sculptural compositions of the monument church in Vilna. 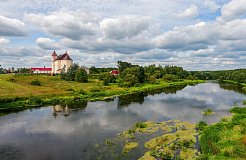 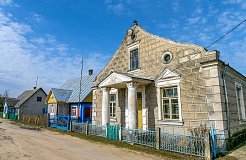 4Trocenics
In the village of Trokeniki we will visit the manor house and park complex Bogusz-Szyszek, built in the second half of the XIX - beginning of the XX century: the manor house - a monument of neo-baroque architecture, stables, outbuilding and the remains of the park, part of which, located on a hill, once served as a kind of observation deck overlooking the creek. 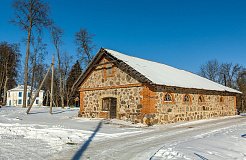 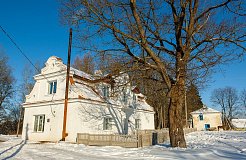 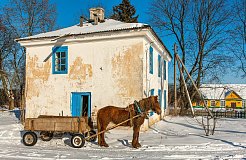 5Vornians
Since the XVI century, this settlement belonged to the ancient noble family Abramovich (Abrahamovich), from which many statesmen and military leaders, members of the socio-political movement in Belarus, Lithuania and Poland came. The enlightener and writer Yan Abramovich, a graduate of Padua University and one of the leaders of the Reformation movement in Belarus, was born here and lived for a long time. In Vorniany he founded a Calvinist collection, a school and a hospital, which existed until the middle of the 17th century.

On the eastern side of the square, on its main axis, in 1767-1769, the St. George's Church was erected in late Baroque forms and remained in good condition. The western side of the square is adjoined by a park massif built on the bank of a water body. In the past this park had a stone palace with two symmetrical wooden wings forming the front courtyard. During World War I, the complex was destroyed. Only a three-storey pseudo-Gothic brick tower, an architectural monument of small forms of the beginning of the XIX century, has been preserved. 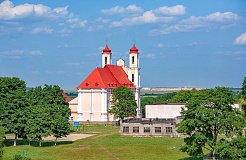 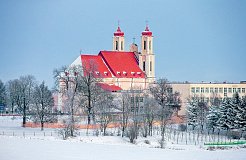 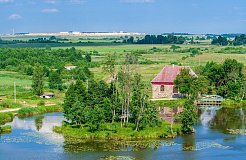 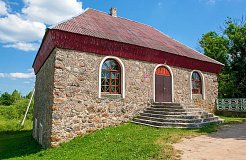 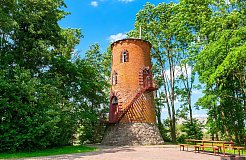 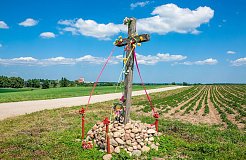 6Gervats
You can tell a lot about Gerviats, who are famous for their neo-Gothic Holy Trinity Church (its height of 61 meters is one of the most monumental temples in Belarus!), arboretum and water mill of the XIX century. Or you can see them once with your own eyes and fall in love with this beautiful place forever. 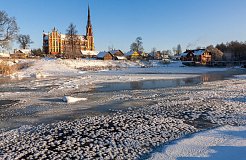 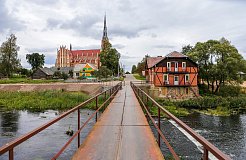 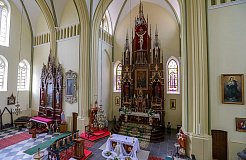 7Gudogai
In a tiny village almost on the very border with Lithuania, first mentioned back in the 16th century, we will visit the Church of the Visitation of the Blessed Virgin Mary, a monument of wooden architecture of the 18th century. The icon of Our Lady of Gudogaia is kept in the church. 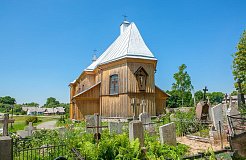 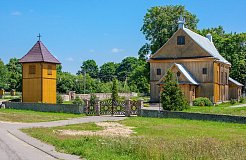 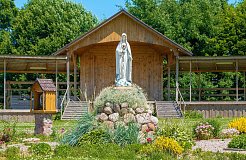 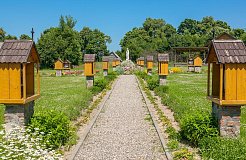 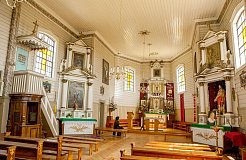